Hey there, readers! This week I wanted to bring you all a change of pace and discuss something that's bothered me for a while now.

I love this game, and the community that's grown around it. I've met my best friends playing and trading Yu-Gi-Oh. Between online groups, forums and all the voice chats, you as a player are never more than a few seconds away from a chance to talk to other people who share your passion for Yu-Gi-Oh. One of the best things about the game we all know and love is that it's remarkably easy to discuss it.

But at the same time, many communities from all sorts of hobbies are atrocious at accepting new situations, and we're no different. Today I want to break down three key reasons why the Yu-Gi-Oh community sucks at accepting change, why that resistance is so prevalent, and what we can do about it. 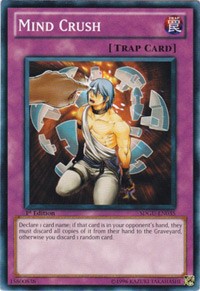 The Community Succumbs To Groupthink
Often when Konami announces a change, be it a reprint, a new tournament policy or even a rarity shift between the OCG and TCG, you'll find players echoing negative feedback. Upon seeing the outrage from others, the players who are unhappy feel validated, which then give them confidence to speak out against the change more, feeding into a spiraling cycle of negativity that spins out of control.

Take the changes to confirmation of private information in-game that arrived last year. For those of you who aren't familiar, prior to April 2019 a card like Mind Crush would reveal your opponent's hand, allowing you to verify the cards they were holding. If a card like Shaddoll Fusion was played and then a situation arose where your opponent claimed they couldn't fulfill the requirements to resolve it, you could verify the contents of their Main or Extra Deck.

Those previous ways of doing things were overturned last year because they effectively created a situation where cards were working in ways they were never intended to; a card like Mind Crush which was designed to provide hand control, was also delivering complete information about your opponent's hand, letting you predict their upcoming moves. That information alone would often win games, and it was having an overall negative impact on player satisfaction.

I remember seeing lots of comments from both seasoned players and casuals alike, echoing the same sentiment about those changes: the loud consensus was that the game would become a cesspool of cheating, riddled with mass illegal activations, improper resolutions, and that the sun itself would explode.

Okay, so nobody really said that last part, but you see my point. What happened was that players would see those comments, internalize them, echo them without thinking critically about that change, and then keep repeating those same talking points. What ensued was a mass panic over what ended up being a non-descript rule change.

You can combat this kind of problem by sitting down and thinking over a new, controversial topic alone on your own first, and breaking down the potential pros and cons of the issue at hand. I do this frequently with deck building, and it helps me take an objective look at something I might have a guiding emotional investment in otherwise. I find that a lot of the time, seeing the information in front of me can help spark a more rational brain power to kick in and help me avoid groupthink.

Thinking You Understand Better Than Konami
Oh boy, I can't tell you how many times I've heard a player say, "If Konami would just change X the game would be better!"

That sentiment's pretty common, especially when a new Forbidden & Limited List is coming up. You see it with Maxx "C" especially, since so many players are so strongly for or against that card. As a player it's easy to think we know best, but it's important to remember we don't have access to the wealth of information that Konami possesses, nor do we have their insight into the behind-the-scenes operation of the game. It's also important to remember that quite frequently, player opinion doesn't consider the larger ramifications of any change we'd want to see.

A common sentiment is that the game would be better if we had the same card rarities as the OCG. But what most players aren't aware of is that we've had that before – trial runs where the TCG mirrored the sales model of the OCG – and those were some of the worst selling sets in the history of the game. And yet, players think it would make sense to do that again, because the player base doesn't have the same level of insight into what works for sales. Konami has to focus on driving sales across all demographics, but namely their key demographic which isn't the competitive player base at all.

Another fantastic example came up in conversation with TCGplayer's own Jason Grabher-Meyer, regarding the timing of the Forbidden & Limited list. For the unaware, the F&L List used to release on a firm schedule twice a year. When that was the case, the List often included changes that didn't really make sense given the current card pool: if a card was clearly going to be a problem, but its release was poorly positioned between the expected dates of new F&L Lists, there was no good answer. If a problem card was slated for release shortly after a new F&L List drop it could wind up being restricted before it was even available, or on the flipside we could wind up stuck with broken cards screwing up the tournament scene for months at a time until the next F&L List arrived.

Neither situation was good: you could end up paying for packs, cracking a new card, and then finding out it was already restricted even though it just came out. Or, you could dodge that bullet and wind up stuck dealing with broken strategies in tournaments instead, hoping for months that the next F&L List would fix the problem (and having no guarantee that it would). On top of that, Konami's R&D department had to take a heavy-handed approach in restricting strategies that were likely to be major problems; if they didn't, and it turns out they went too light, they'd have to wait months to fix that mistake. And to make matters even worse, there was a long period of time where formats were shared by the TCG and OCG, even though they're separate games with different card pools. The entire arrangement was terrible for everybody involved.

The solution at the time was to create a more frequently updated list, basically in line with every quarterly core set release. That still didn't fix the problem of the different card pools and the sweeping changes between thee TCG and OCG. But eventually Konami decided to split the Lists and update ours as needed, which many players dislike and complain about to this day. This is a perfect example of a situation where millions of people all have opinions, and the people at Konami have to use their experience and their analytics to steer us on the correct path. 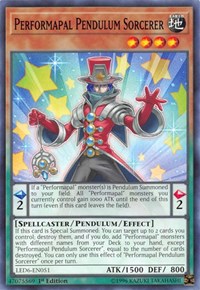 It's Easy To Get Emotionally Invested
The final common pitfall that plagues the Yu-Gi-Oh! community and makes it more difficult to accept changes made to the game, is that we're human. Nobody, no matter how rational they are, is exempt from emotion. Each one of us puts some emotional value on aspects of the game, often in ways we don't fully realize, and when the things we identify with are changed we tend to rebel.

I'll give a personal example; I hated the concept of Pendulum Summoning when it was leaked. I felt like the game I had known and loved for over a decade was becoming needlessly different and I wasn't happy. Fast forward to the release of the cards and I realized how much more depth they added to something I was already utterly in love with; giving the new mechanics a chance, I fully embraced Pendulum Summoning as another facet of complexity in the game.

You see that kind of thing happen so often in the community in lots of different ways. Sometimes it's the Forbidding of a card that someone used in their favorite deck, it could be a reprint that collectors were dreading, or a format coming to an end even though it was extremely fun. The subject of the attachment varies, but the core issue that most players forget is that regardless of how you feel about it, Konami's a business first, and that means they must focus on sales. If the game stayed the same eventually Yu-Gi-Oh! would die out, and we wouldn't get to have all the awesome experiences we get to share with one another.

As much as it's a struggle, we as players have to do our best to remain objective and even optimistic in the face of changes, because if we rail against all things new, the game will stagnate and die a slow death over time. I don't know about you, but I don't want to stop playing Yu-Gi-Oh any time soon. After eighteen years with this game, I'm more in love with it now than ever, even in the face of a pandemic and all the negative side effects it's had on our daily dueling lives.