Nobody likes having to sign their match slip and check the box next to their opponent's name. Today we're going to look at five common reasons you might be losing, and how you can fix them. Players often attribute losses to aspects of the game that are out of their control, while the opposite is frequently true. Yes, there is some luck involved in Yu-Gi-Oh, just like any other TCG. But the amount of control you have regarding your win rate's much higher than many players think.

A common pitfall many competitors succumb to is misplacing their focus on aspects of the game that are outside their sphere of control. What happens then, is that players stagnate in their growth and stop getting better. If you aren't seeing what's holding you back and taking it upon yourself to seek improvement, you won't be able to grow yourself as a competitor, nor will you reach better results more consistently. Sure, you might stumble into some great tournament finishes now and then, but in general your win rate will be far lower than it could have been if you'd simply taken the time to look inward and work on the aspects of the game that you could actually be improving on.

Let's dive in and look at five reasons why you're not winning more.

You Haven't Read The Cards
One of the most powerful tools at your disposal is to simply read the cards. Many times, you'll hear the phrase "I didn't know it worked like X". That could be fixed by simply reading the cards and taking the time to understand key interactions.

Eldlich the Golden Lord's a great example that's simple, but really relevant right now. I recently watched a game between two players: one had used Golden Lord's effect to summon itself, and his opponent didn't realize that Eldlich the Golden Lord would maintain its ATK and DEF boost until the end of their turn. That led the opponent to assume he could attack over the Golden Lord with a monster that simply wasn't strong enough to do so and misplayed as a result, losing his monster and some Life Points. And probably hating himself forever.

The solution? Seriously. Just take the time to sit down and read every relevant card in the format. Even if you aren't entirely comfortable with all the effects, knowing what they do can save you a lot of extra losses that you'd take from simply not understanding the basics of how cards work. Even during a game, if you're unsure of a card effect, take the ten seconds to read it. Don't assume you know. Don't assume it doesn't matter. Don't ask your opponent to explain it. Politely ask to see the card for a moment and read it yourself. You might even see something in the text that you'd missed before!

There's no real downside to being clear on how a card works, especially during an intense game. 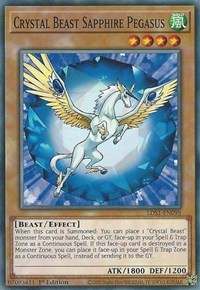 Not Understanding The Interactions
Raise your hand if you've ever sat down against a popular, highly competitive deck, and just not really understood how the deck works. I know I sure have, at multiple events no less. One of the MOST common phrases you'll hear at tournaments of any level is, "I didn't know they could do X," or "I didn't know it worked like X."

To be blunt, if you're entering an event and you're not familiar with a commonly played card or a big deck, that's your fault. Tournament preparation's a skill that's often spoken of but frequently misunderstood. Playtesting your deck is important, but one of the goals of playtesting is to build a comprehensive understanding of the interactions in a given strategy, so you can combat it effectively when you end up seeing it across the table.

It's important to play as much as possible, with as many viable decks as possible. Obviously if you're playing in a YCS you won't be going up against Crystal Beasts, so you can ignore those types of matchups. But, if you're facing say... Adamancipators, and you don't know what their common lines of play are, you won't know the choke points and therefore won't know how to play against it correctly. You're either going to lose, or you'll be forced to struggle for a win solely by learning on the fly.

The solution? Dedicate playtesting sessions to combatting individual decks that you're not familiar with. Taking the time to consciously learn what each of the big decks do, and how the cards you're likely to see all interact with one another is vital. I've found the best way to do that is to simply play each deck for a period of time. There's no better way to learn a deck's interactions than by trying to win with it yourself. Be sure to constantly re-evaluate your views on the proper lines of play and discuss your choices with your peers to ensure that both you and your testing partners are making optimal decisions in-game.

Not Playing According To Your Role
Johnny's articles on figuring out who's the beatdown in-game are tremendously helpful for this, and shifting your perspective to play accordingly is a simple change you can make that will win you huge results. If you go into a game and you're not sure about your role in that duel, you can't play your best to take advantage of the situation. Knowing if you have inevitability, and thus don't have to end the game as quickly; or recognizing that your deck's less efficient as the game continues, so you need to wrap it up, is critical. It's important to think critically about your role and what that means for your in-game choices, and it's important to recognize when shifts happen. I know I've personally been guilty of pulling the trigger way too soon in games where I was the control player, and ended up failing to make Day 2 of multiple events because of it.

If you haven't started down this path yet, the solution here's pretty easy: read Johnny's work, and start applying the lessons in it to your games. If you've concluded that your opponent's the beatdown player, look to extend the game and win by leveraging the additional resources you'll accrue as the game continues. However, if you find yourself in the role of the beatdown you want to end the game quickly, since your opponent's deck will be able to win naturally given enough time.

During tournaments, see if you can find subtle ways to make your opponent mis-assign roles, and give you small advantages in doing so. If you can do that, you'll find that those games will be far smoother for you, while your opponents will often struggle to close out what may seem like easy games otherwise. 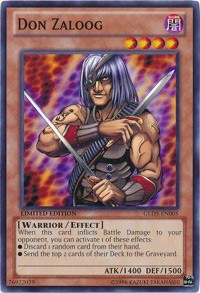 Your Deck Choice
As much as we all want that Dark Scorpion deck to be good, it's not.

That's just a natural part of game design. Cards aren't all created equally. Regardless of your feeling on that subject, it's a fact. That means when you sign up for a YCS, a Regional Qualifier, or even just your local OTS tournament, you're going in with that knowledge. Now, if you're just looking to have a blast and try to resolve some wacky combo regardless of your win rate, that doesn't really matter to you! That's fine. Everybody can set their own goals and lots of people want different things out of Yu-Gi-Oh.

However, if you're looking to maximize your win rate and your tournament success, you should look at the card pool available to you and decide which deck is your best option for maximum performance. Just because you might not like Eldlich as much as you like Rokket Dragon Link, doesn't mean you should sign up for the next YCS piloting Rokkets if you're seriously trying to win.

Deck selection is a HUGE part of tournament success, and while picking a better deck might not guarantee you a Top Cut finish, it certainly makes the process of getting there easier. If your motivation is to find success at that big tournament, and you're not doing everything you can within the rules to maximize your odds of winning - no matter how small that advantage may be - you're doing yourself a disservice.

The solution is to look at the game objectively with peers you trust to keep your mindset focused on optimal decisions. If you see that a deck has a 15% representation in the field, and 80% of the Top Cut is that deck, then you know it's inherently stronger than other options. Consistency is important, but so is power. You want to pick a deck that strikes a balance between both: a deck that's very consistent, but also very powerful. Your deck could summon Satellarknight Deneb and play a bunch of defensive cards every game, but if your strategy's consistently mediocre you won't get anywhere.

Putting In The Time
This one ties together the four previous points in one simple idea: you need to put in the time if you want to improve. Seems simple, right? But just like running a marathon, you can't decide a week before a big run to start exercising and expect to put forth a peak performance. One universal attribute every top player shares is that they're willing to dedicate the hours required to sit and grind games, review theory, discuss strategies and exchange ideas.

It's not enough to expect that your skillset will carry over from one format to another, either. In-game "ring rust" is real: you can always tell who's prepared well for an event and is comfortably playing at a quick pace, making the reads, looking confident in their gameplay, and who's just kind of decided to prep the night before and is visibly struggling.

The solution: just play! Enjoy yourself, practice, challenge yourself to grow and constantly push yourself to improve. Using the example exercise and marathon prep from before, if you do the same cardio workout day in and day out the improvement eventually stops and you inevitably plateau. You need to be constantly studying the game, critiquing your play, your friends' play, and your opponents' to gain every bit of insight you can.

Never assume you have nothing to learn: you always do. From the greats like Patrick Hoban, to the guy who goes x-3 at locals every week, there are always aspects of the game you can improve on.

Wrapping It Up
This is a topic I'm extremely passionate about, and I hope that at least a sliver of that enthusiasm comes across in what I've said today. As someone who's constantly striving for success and often not getting there, it's helpful to be reminded of the basics. A lot of the time, improvement comes from refining your fundamentals and applying them consistently, as opposed to some Jedi mind trick that can supposedly sneak a victory from the jaws of defeat.

Until next time, stay safe and play on!