After a long time waiting, the new banlist dropped just a few hours ago. It takes effect on October 1st, the same day as the official release date of the 2021 Tin of Ancient Battles, and it won't be updated again until January 17, 2022 at the earliest.

But yeah, with only 1 Forbidden card and a grand sum total of only 8 changes, the new F&L List is the smallest we've seen since June 2020, the list that famously did next to nothing , to avoid punishing stores and players that were stuck holding cards under lockdown. And while this list might seem short, it's pretty in line with what we've seen under COVID: the September 2020 list had 16 changes total, December 2020 had 9, March 2021 had 11, and July 2021 had 9.

If you haven't seen the list yet yourself you can find the entire thing on the official site, and you can see the changes right here.

We've been in what's felt like a very solved format or a long while now. Though the July 2021 list took Dinosaurs out of the picture and knocked Dragon Link down a peg, it didn't really change much beyond that: Tri-Brigades got even stronger, Prank-Kids were still on the rise, and the power vacuum of Dinos and Dragons made a bit more room for Virtual World and Drytron. Competition largely continued to feel like it did in June, when Tri-Brigade Bearbrumm the Rampant Rampager debuted in Lightning Overdrive. 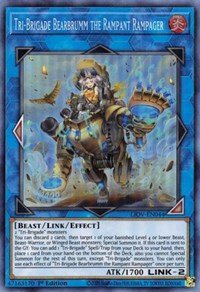 With Tri-Brigade the dominant deck for months, and Prank-Kids the clear contender coming off Pak Pamornsut's win at the Remote Duel YCS, lots of players were hoping for a big shakeup. This list doesn't really deliver that; a couple decks take it on the chin, but only one seems poised to leave competition, and there's definitely some disappointment that we didn't see more done to change up the field. Stores are continuing to reopen, players are coming back to to real-life Yu-Gi-Oh, and the loyal competitors who stayed passionate about Yu-Gi-Oh through lockdown would've loved to see something fresh.

But it's a tough situation, because the reason we didn't get that is really clear.

Plot Armor, But For Mega-Tins

The product-hover id="241346" was never supposed to come out in October. It was originally announced with a release date of August 27th, which is when you'd expect annual Yu-Gi-Oh tins to drop. But with supply chains across the globe still suffering due to COVID, and the world suddenly starved for stuff like specialty cardstock and printable foil materials, we spent a good chunk of 2021 watching this year's Tins get pushed back again and again.

In the original plan, the Tin of Ancient Battles should've come out almost exactly two months after the July 1st 2021 list, and almost exactly two months before a potential October 1st list. The tins were positioned to deliver lots of tournament reprints to players at the peak of the Fall and Summer season: those players would've had a couple months to play with their new cards, before an October banlist update trimmed the fat and inevitably did some damage to at least a few of the tin cards. Stores would've had lots of time to sell through the tins, too, and players would've been eager to buy them, knowing their investment would've been safe for at least 9 or 10 weeks. 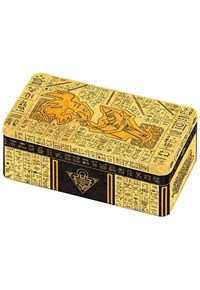 Instead, we wound up in a situation where we as players want to see the format torn apart, but at the same time the cards with the crosshairs on them are some of the biggest pulls in the tins. So one of three things could've happened:

The situation we're in now, where we get a minimal banlist, but the tins are still desirable. Compettitors playing catchup get three months to use the stuff they pull from the tins, and stores aren't stuck with dead stock as they try to recover from lockdowns.

OR, another option was to smash the format, make the tins much less attractive to players, screw anyone who preordered, and screw stores who might be left holding stock. This would've been pretty cruel and unusual as stores struggle to survive, and players hope to get value for their money.

OR, we could've just not had a new banlist at all. In this case, depending on how bureaucracy and approvals processes work, players would've had to, a) tolerate silence from Konami with no banlist being announced for a month or two, or b) if we were lucky, we might've gotten some sort of statement telling us a new list would drop in December. We'd have the exact same stale format, but we would've at least known change was on the way, and the tins would've been fine.

If you read those three scenarios and thought to yourself, "Those all kinda suck, Jason," then congrats, you cracked the code. None of those scenarios are great, and they all have drawbacks that reflect the struggles of the TCG industry as it fights through the global ramifications of the COVID-19 pandemic. In the end, I think what we got was a compromise between the store-smashing option where we get a new format, but stores get hammered and players who preordered product hate themselves; and the do-nothing option, where we get awkward silence instead of a banlist.

I think for my tastes, I would've preferred to see a delayed banlist. But I'm a patient guy, and I know a lot of Yu-Gi-Oh players hate waiting to hear what the future holds for the game (and I don't blame them). Right now, we have a format that's at least a little different. I think making no changes, potentially with no ability to tell players why, when everyone was chomping at the bit for a new format, would've just left lots of players furious.

So if you're wondering why Konami didn't tear the format apart to give us a new one? That's why. But get ready, because I'd bet the farm that the next list hits Nibiru, the Primal Being come January.

With all that behind us, let's talk about actual cards.

Zoodiac Barrage has always been a huge part of the competitive Zoodiac arsenal, searching key cards, acting as destructible fodder, sending stuff to the graveyard, and generally just bringing more consistency and power to any deck it appears in. Operating on the logic that Konami's R&D department wanted to rein in Tri-Brigade but didn't want to hit anything in the tins, Zoodiac obviously takes the beating instead.

Limiting Fire Formation - Tenki a little more interesting, but I think most players saw this coming. Together, these two changes make the best deck of the format far less consistent, and while its power ceiling is still pretty high, the lower reliability is going to make it less popular. You don't play mid-range combo decks because they're the most powerful deck in the format. They aren't. You play them because they're more consistent and have more flex spots for hand traps than the heavier combo decks. So removing that consistency is a big deal.

Speaking of mid-range decks, I mentioned last that those types of combo decks - the one with space for cards like Ash Blossom & Joyous Spring, Fantastical Dragon Phantazmay, and Nibiru, the Primal Being - are the ones that can benefit the most from Crossout Designator. That's because they have the card slots to Main Deck it, and can play it very easily. I don't think it's a coincidence that Konami hit the format's two biggest mid-level combo decks harder than anything else.

Prank-Kids is the perfect example. I think the writing was on the wall when Pranks won the Remote Duel YCS, but the fact that the deck has 12+ flex spots it would commonly use for hand traps put an extra dose of pressure on R&D to pump the brakes before they gave it triple Crossout Designator. 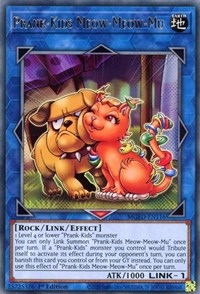 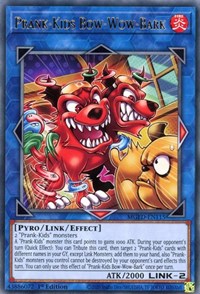 That said, hammering Prank-Kids Meow-Meow-Mu to 1-per-deck is a huge change that takes all the gas out of the Prank-Tank beyond Turn 1. This deck was in part defined by a strong grind game, and I don't think that really exists anymore with only one copy of the clutch Link 1. I don't want to be a Debbie Downer of a duelist here, but if you told me you thought Pranks were over, I don't know what I'd say to convince you otherwise.

Get it? Cuz they're Light attribute!

…But yeah, also because this list did very little to stop Drytron from winning tournaments. Which may currently be the biggest complaint I'm seeing about this banlist apart from the regular Red-Eyes Dark Dragoon haters, and the usual army of people who want Mystic Mine gone. (For the record I'm with you. I'm sure once the OCG tests out the ban in their October 1st list we'll see the same thing happen here in January.) 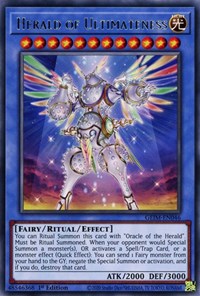 Some people are saying Drytron lost nothing but Eva because Konami didn't want to hit anything in the tins, and while I'm sure that's a big factor, it wasn't exactly unforeseen. Eva was Anthony's pick a couple weeks ago when he wrote his banlist predictions and talked about the Drytron deck, and realistically, Eva does a lot of work raising Drytron's power level. This card is rocket fuel for Herald of Ultimateness, extending the deck's reach with its negations and making it significantly tougher to play against.

The problem is that Eva was only Limited, and while we did see the highest-finishing Drytron deck in the August Extravaganza run two copies, most builds only play one anyways. So the impact here is questionable. And while Drytron still wouldn't have been quite as good at abusing Crossout Designator as Tri-Brigade and Pranks, and while it didn't quite have the consistency of either deck, those two strategies took way bigger hits than this.

We'll definitely see more players shifting to Drytron, which is probably what the powers that be wanted.

Does Anything Else Matter?

Sorry, I promised you "5 Thoughts" in the title of this article and you're really getting four thoughts and a question. My bad. If you see me at an event in 2022, please feel welcome to hit me up for one (1) Personalized Thought Just For You. I'll make sure it's a good one. 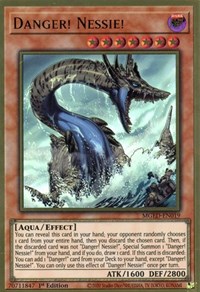 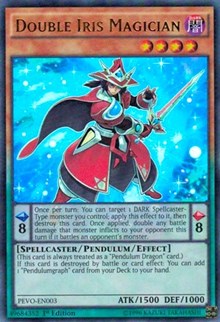 Emergency Teleport a different story. Virtual World's been on the comeback trail for a while now, and it regularly runs Emergency Teleport. I can't imagine the deck not playing two moving forward, and it's definitely a boost to consistency. We could easily see more Virtual World in Top Cuts through the Winter.

That's it for me. We'll continue to discuss the state of competition over the coming days, so stick with us as we look at how decks will adapt, and the impact on the secondary market. 'Til then, if you wanna sound off and share your thoughts on the new format, join the discussion over on facebook.