2021 is certainly a year to remember for Magic: The Gathering. Wizards of the Coast decided to sunset the Magic Pro and Rivals Leagues, released five Standard sets, shook up Modern with Modern Horizons 2, and offered plenty of supplemental products for Commander players.

Innistrad's recent return is only the beginning for WotC revisiting planes in Standard sets. MTG revisits Kamigawa in February 2022 — albeit 2000 years in the future. Dominaria United, set for release in Q3 2022, follows in the footsteps of 2018's Dominaria. Q4 2022 features The Brothers' War, returning to the historical conflict between Urza and Mishra.

The 2022 Standard set lineup, among other announced products, is sure to increase prices for existing MTG cards. It is also inevitable that card prices will move upward in 2022 due to a lack of reprinting, particularly Commander staples. Let's take a look at some cards that will be worth more in 2022.

Neon Dynasty is shaping up to be a vivid cyberpunk experience in Kamigawa. Based on the revealed Planeswalker, Kaito Shizuki, and a WPN promotional poster, we can assume Neon Dynasty will include both Ninjas and Samurai. Some Ninjas will undoubtedly become more expensive as spoiler season gets underway. For a more in-depth look at Ninjas that may spike in price soon, check out my predictions on 7 MTG Cards that Could Spike Due to Neon Dynasty.

According to Scryfall, MTG contains 37 Samurai creatures, most from the Kamigawa block. It probably takes quite a few Samurai (including a multicolor Legendary Samurai) from Neon Dynasty to build a functional Samurai tribal Commander Deck. However, there are plenty of existing Shapeshifters and tribal support cards to fill in the 99. A handful of the more powerful Samurai such as Konda, Lord of Eiganjo, Kentaro, the Smiling Cat, Opal-Eye, Konda's Yojimbo, and Isao, Enlightened Bushi are best-positioned for possible price spikes. While Secret Lairs and Commander Collections offer opportunities for players to pick up pricey Commander cards at a discount, they do not impact the majority of Commander staples. In addition, reprint equity seems to be growing for WotC instead of shrinking. A few types of Commander cards will continue to climb in price during 2022 ― unless WotC decides to reprint at a faster rate. Mana Crypt practically doubled in price over the past twelve months, with little sign of slowing down. As one of the most potent and flexible mana ramp artifacts in Commander, Mana Crypt will remain an expensive card for the foreseeable future. We may see regular versions of Mana Crypt eclipse $220 again in 2022. Another mana rock with upward momentum is Chrome Mox. Since January of 2021, Chrome Mox increased 38% in value to $65. Factoring in Chrome Mox's zero mana cost and utility in decks of any color or color combination, it has the potential to push $80 in 2022. As WotC continues to create exciting multicolor Commanders like Omnath, Locus of Creation, Esika, God of the Tree // The Prismatic Bridge, and Tiamat, Triomes become even more appealing. All of the Triomes have increased double-digits in value since Ikoria's release. As time moves forward, expect Triomes to become increasingly expensive throughout 2022.

The war between Urza and Mishra has close ties to Phyrexia. As such, we could see the reappearance of Phyrexians in The Brothers' War. Any playable cards associated with Phyrexians could jump in price in 2022. 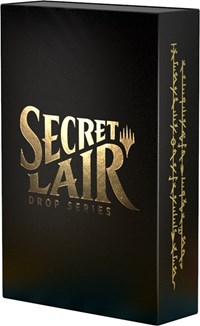 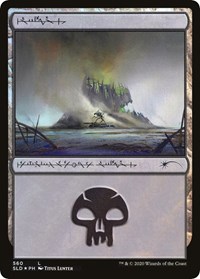 The Phyrexian Praetors: Compleat Edition preordered for $29.99 in non-foil ($39.99 foil) plus applicable shipping and taxes. Sealed Phyrexian Praetors: Compleat Edition non-foil and foil versions sell for over $60 and $80, respectively. There is little doubt that the Secret Lair's price will trend u.pward in 2022, and you should expect singles from this Secret Lair to continue appreciating as well.