Kia ora everyone! product-hover id="243710" drops this Friday, bringing with it Yugi's five Kuriboh brothers, the rest of Sherry's Fleur strategy, a ton of cards for Yuma's Utopia deck, Chironex's Jellyfish, and the backbone of Kite's Cipher Deck from Yu-Gi-Oh! ARC-V, in addition to a bunch of random cards from all sorts of Yu-Gi-Oh shows and mangas.

Naturally the first thing I did when I saw the full set list for BROL was to begin brainstorming a wishlist for future Battles of Legend sets! It's always fun to see which cards from the anime and manga get to make their way into the TCG, whether it's the odd missing card from a certain Duelist, or an entire theme that Konami had never printed until now. So today I want to look at some of my top picks for future decks that we could still see make the leap to real-life dueling.

We'll also be discussing a poll that was held in the OCG a while back, which decided the release of certain themes beginning last year. Twelve themes were voted on to decide which would appear in last year's Battles of Legend: Armageddon.

Fossils won that poll, much to my joy, and debuted in Battles of Legend: Armageddon. But the 2nd and 3rd Place winners of the poll - Sunavalons and Sunvines, and Yako's monsters respectively - have also been released in real life too.

We've seen that happen in other polls before: the first OCG Structure Deck poll wound up getting us three different Structures: Shaddolls, Sacred Beasts, and Charmers. We've seen two releases so far from the second poll, too: Ice Barriers and Cyber Legacy. The winners from the first poll have received more support in core sets too, so it wouldn't be at all surprising for the more popular themes from these polls to appear in sets like Brothers of Legend in the future.

This week we're going to look at six themes, one from each anime series: Yu-Gi-Oh!, Yu-Gi-Oh! GX, Yu-Gi-Oh! 5D's, Yu-Gi-Oh! ZEXAL, Yu-Gi-Oh! ARC-V and Yu-Gi-Oh! VRAINS. All of these have yet to be made as full themes in the TCG, but could be waiting in the wings for an upcoming release!

Dartz's Orichalcos cards seemed so ludicrously overpowered the first time we saw them in the Waking the Dragons arc, and they seem like an obvious contender to come to the TCG. We have three Orichalcos cards already; The Seal of Orichalcos, Orichalcos Shunoros, and Divine Serpent Geh. 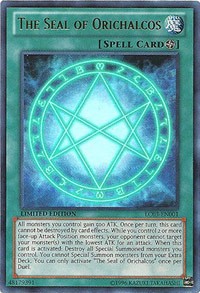 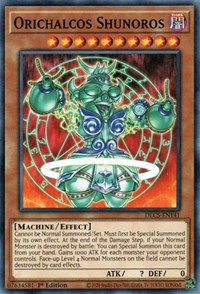 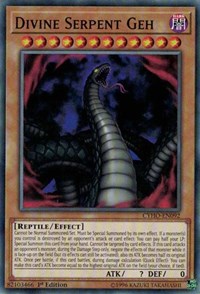 The Seal of Orichalcos and Divine Serpent Geh have been adapted reasonably faithfully, Divine Serpent's lack of infinite ATK notwithstanding. But Orichalcos Shunoros is a completely different beast. In the anime its stats were equal to the damage Orichalcos Kyutora "absorbed," while in the TCG it just gains 1000 ATK for each monster your opponent controls. It also protects Normal Monsters for some reason. Perhaps that was a reference to the Mirror Knight Tokens?

Personally, I'd love to see Orichalcos Kyutora Summon Shunoros, an Orichalcos Dexia Token and an Orichalcos Aristeros Token so the effect has some use in the theme. Kyutora might need a tweak so it can be protected by the effect of The Seal of Orichalcos though, since it ends up with 1000 ATK; Dartz's most common attackers, the Mirror Knight Tokens, only have 500 ATK unless they're actually attacking. I'd also be extremely interested to see how Konami would recreate the revival and empowering effect of Orichalcos Gigas.

There were also the extra "layers" to the Seal in the anime; Orichalcos Deutoros and Orichalcos Tritos , that gave it extra effects and made defeating Dartz seem monumentally more challenging (therefore all the Legendary Knights can banish a spell or trap when summoned). But I think Konami might have to give Mirror Knight Calling a restriction; summoning a bunch of Tokens is just asking to for Link Summon abuse. It might even be fun to get Mirror Knight Token cards with blank faces as a nod to Dartz storing souls in them.

Here's another Deck you'd have thought we might have by now; the Darkness cards used by the final villain in the Japanese version of Yu-Gi-Oh! GX; Nightshroud (who was called "Darkness" in Japan). As with the Orichalcos cards, we have a few of the Darkness cards in the TCG, but only two; namely Darkness Neosphere and Darkness Destroyer, the theme's attackers. 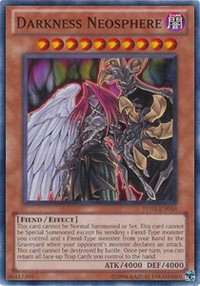 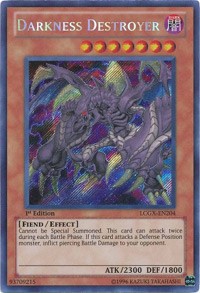 The meat of the deck is activating the Field Spell simply called Darkness, which puts five cards face-down; Zero, Infinity, Darkness 1, Darkness 2 and Darkness 3. By activating Zero, then Infinity, any Darkness cards between them could be activated, applying the effect of the first one and then applying that effect equal to the number of Darkness traps you activated. (According to Nightshroud there is only darkness between zero and infinity.) If the first two cards there sound familiar, it's because they were the namesakes for Supreme King Gate Zero and Supreme King Gate Infinity from Z-ARC's Deck in Yu-Gi-Oh! ARC-V.

Darkness 1 destroys cards, Darkness 2 increases ATK by 1000, and Darkness 3 inflicts 1000 damage, and since Darkness randomly rearranges them each turn, you could use one effect up to three times depending on the formation. Therefore Darkness Neosphere can return your traps to your hand, to allow you to set them in the order you want.

I've always been fascinated by how the deck could translate to the TCG, since it's so dependent on its specific spell and trap cards. The monsters had unusual effects meant to mess with the opponent; many of Nightshroud's weaker cards helped bypass the effect of Darkness or summon new monsters, including Darkness Outsider, which could steal monsters from the deck! His Darkness Seed was also the first monster to heal a player "back to full health" too, even if that only was 4000 LP.

This was a tricky one, because Yu-Gi-Oh! 5D's has released most of its themes in some manner. The Timelords were one of the biggest holdouts, but we got them eventually. Konami released the Meklords in a different fashion and even Team Taiyo's Zushin strategy has made the leap to real life competition. 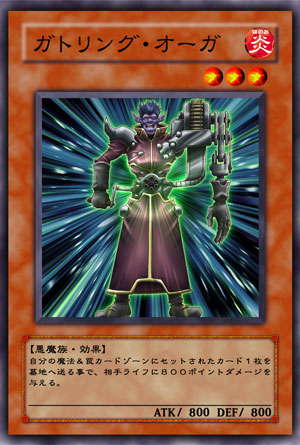 One of the few themes that hasn't come out yet is Lawton's deck from the Crash Town arc, which famously featured Lawton setting most of his hand and then sending it to the graveyard with the effect of Gatling Ogre to wipe out 4000 of his opponent's LP. That wasn't his only trick though, since he had different upgrades to his Gatling Ogre that put his opponent under even further pressure if he only took out most of their LP. That said, they could use some modern tweaks to function properly, especially Blaster Ogre.

Lawton's spells and traps aren't that special, but it'd be fascinating to see how well modern spells and traps would work with Gatling Ogre, with all the effects that can activate in the graveyard these days. I'd be genuinely concerned if it came to the TCG without a "hard once-per-turn" clause!

I should clarify, as anyone who knows me will know: the cards from Yu-Gi-Oh! ZEXAL I'd want most in the TCG would be the Fire Dinosaur "saurus" monsters and the Water Dinosaur "don" monsters used by Scorch and Chills. We're also likely to get the other two Barian Numbers in the future; Number 1: Infection Buzz King, and Number 2: Ninja Shadow Mosquito.

But the biggest theme from Yu-Gi-Oh! ZEXAL that we don't have yet, is the New Orders used by Eliphas late into the series. In ZEXAL the New Orders are visually presented a lot like the Numbers; while the Numbers were written as "No." on Japanese cards, the New Orders were written as "NO." But the No Orders are a consolidated theme of Xyz based on Egyptian deities, designed to be Double-Ranked-Up with Rank-Up-Magic Astral Force and impress their supremacy over other Xyz Monster based on their high Ranks. 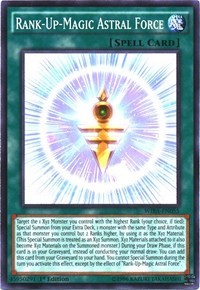 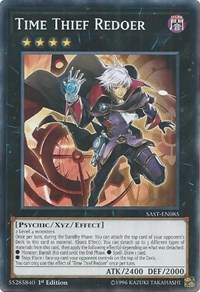 Eliphas even had the first Rank 13 Xyz Monster – New Order 13: Etheric Amon – which was kind of like Time Thief Redoer on steroids, and would presumably be nerfed a bit if it was ever made into a real card. The other Xyz all had excellent designs and often fun effects, too: New Order 12: Etheric Maahes could summon any materials attached to it, while New Order 8: Etheric Sebek and New Order 10: Etheric Horus had some cool abilities that Eliphas sadly never used, use since he Ranked them up straight into Etheric Maahes.

Eliphas also used Shining Draws to hax the top card of his deck, so it would be interesting to see how any real world support might pay homage to that. The character tended to draw a lot of cards too, with "Rank" spells and traps that offered him benefits for Ranking-Up and having high-Rank monsters.

This is an interesting one. I mentioned that Sergey Volkov's first Deck, the Thorn Prisoners, were in the poll that gave us Fossils. And they're neat enough, being a slow self-burn deck that takes advantage of having low LP. But his second strategy, the Earthbound Prisoners and Servants, made for a visually more spectacular theme with much more interesting mechanics. 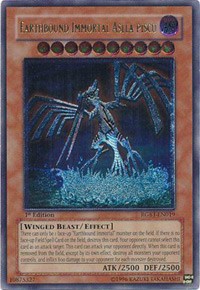 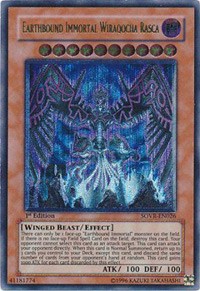 The main crux of the Deck is that Sergey could use Harmonic Synchro Fusion to send two monsters to the graveyard, and then summon both an appropriate Fusion Monster and a Synchro from his Extra Deck. Then he'd use them in tandem against his opponent.

The Earthbound Servants themselves have fun effects that Sergey would combo together, but Harmonic Synchro Fusion is the card I'm most interested in. I'm so disappointed that Sergey's boss, Jean-Michel Roget never used it! Imagine getting Ancient Gear Synchro Monsters. I'd be very interested to see if a real life Harmonic Synchro Fusion would be made generic, and what combos it could enable. However, with such a powerful effect there's definitely a chance it would simply be designed to work only with Earthbounds.

The theme's ultimate monster was Earthbound Servant Geo Grasha, which could be summoned by fusing an Earthbound Fusion and Synchro Monster, and could reduce the ATK of a monster to zero. I'd hope that would get a buff if this monster was ever released, perhaps an effect like the immunity of Crimson Nova the Dark Cubic Lord, since Earthbound Servant Geo Grasha fought Scarlight Red Dragon Archfiend in Yu-Gi-Oh! ARC-V.

As the most recent of the six "Master Duel" Yu-Gi-Oh! shows, Yu-Gi-Oh! VRAINS has at least ten unreleased themes, and most are from the second season. Over half of them were various Cyberse themes used by the Ignis and their allies: G Golems, Stormriders, and Hydradrives. But the theme I think I'd like to see the most is Lightning's Armatos Legio Deck, though they really stretched the boundaries on what Cyberse monsters looked like!

The Armato Legio strategy focused on swarming the field for Link Summons in a manner somewhat like Ignister A.I.Land using the Armatos Colosseum Field Spell. The Main Deck monsters gave abilities to the Link Monsters they were linked to, represented by stone statues "giving" their weapons to the Link Monsters. They were more traditional armored knights that looked more like Cyberse monsters we know. 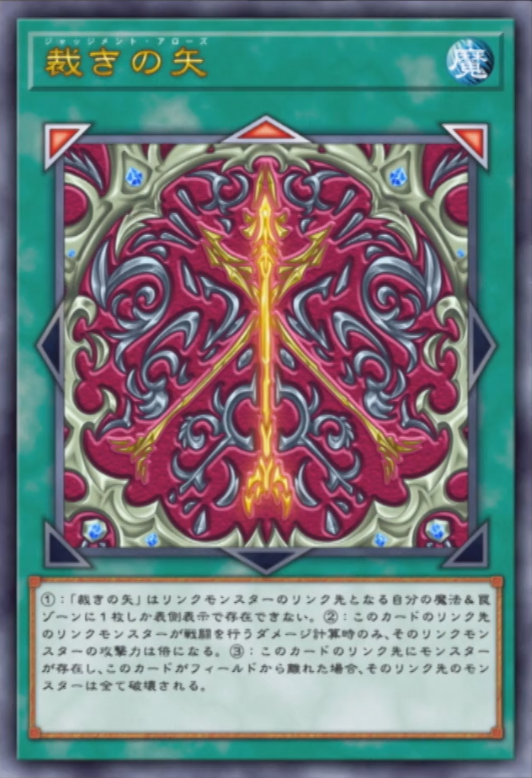 But the big reason I'd like to see Armatos Legio in real life is the hope that they would bring Judgment Arrows with them, a Link Spell Card. Link Spells have Link Arrows, and you must activate them in a Spell & Trap Zone that a Link Monster points to. Lightning played Judgment Arrows in a variety of ways, but my favorite was when he used it to create an Extra Link with four other Link Monsters against Spectre. I have a morbid curiosity about how the real life game would manage Link Spells, especially since one of Lightning's Link Monsters, Armatos Legio Plumbum Trident, could become a Link Spell itself!

If you've watched any Yu-Gi-Oh! yourself, what themes would you like to see printed in future Battles of Legend sets? Is there a specific card you might have your eye on? Let us know!