In my first article on contemporary card categories, I shared the history of modern terms like "starter" and "extender" and defined those terms. In the second article, I taught golden ratios in deckbuilding and gave tips on what kind of cards best fill each role. In this third and final installment of the series, I'll cover some advanced considerations concerning contemporary card categories.

Learn The Rules Like A Pro; Break Them Like An Artist
Now that we've covered the golden deckbuilding ratios, does that mean each and every deck you ever build from now on should conform to them? Assuming you want to win high-level tournaments, are you obligated to play 13 starters, 14 extenders, 3 bombs and so on for the rest of your Yu-Gi-Oh career?

The answer is a qualified "No." There's a saying commonly misattributed to Pablo Picasso that goes, "Learn the rules like a pro, so you can break them like an artist." The saying captures the reality that in many art forms – games, sports, music, fine art, cooking – it's important to conform to prescribed standards first in order to understand why they are the standard. Only when you've conquered many mountains as a seasoned artist are you likely to have the wisdom and experience to break the rules and push the boundaries of innovation effectively. With that said, I'm going to give some examples of how Patrick Hoban's deckbuilding principles are not universal, but my recommendation is still that you adhere to them most of the time – especially when you're new to competitive play.

Understanding when the golden ratios don't hold begins with understanding the underlying conditions that make them true. In the previous article, why did I recommend playing as few defensive cards as possible? One reason was because monsters naturally generate advantage, while trap cards don't. Can you think of an exception to this? 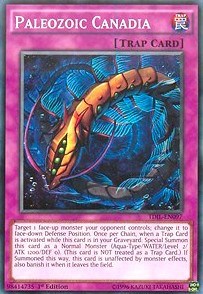 Paleozoics! "Mirror Force can't attack for game" is a criticism that doesn't hold true for defensive cards like Paleozoic Canadia and Paleozoic Dinomischus. Not only are they good defensive cards, but their secondary effects allow them to generate advantage much like monsters do. The Paleozoic Frog deck doesn't strictly follow golden ratios, yet Joshua Schmidt proved it was a tournament-winning deck when he defeated Billy Brake in the finals of YCS Prague 2017.

Another reason that I recommended against playing too many defensive cards was that they lead to unplayable opening hands. That's because trap cards aren't engine cards. However, when might that underlying condition not hold? One case that comes to mind is when a deck is extremely consistent due to its one-card combos. Zoodiac is an example of such a strategy. Between Zoodiac Barrage, Zoodiac Ratpier, Zoodiac Whiptail, Zoodiac Thoroughblade, and Zoodiac Ramram, there were so many ways to initiate the Zoodiac combo that opening hands had plenty of room for more defense and more non-engine removal.

The Zoodiac example also illustrates yet a third condition that can overturn the golden ratios in deckbuilding. The Zoodiac deck didn't aim to OTK. Therefore, opening with a slow hand against Zoodiacs was generally OK, unlike in many other formats. That means the average punishment for drawing a non-engine hand was lower, which in turn lowers the importance of the rule I previously taught; that decks should contain lots of engine cards to avoid slow, punishable openings. 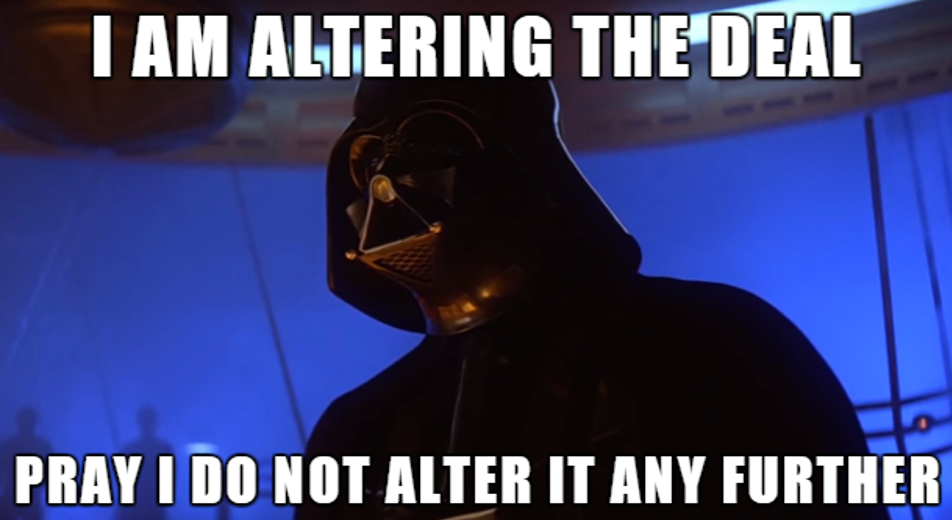 Side Decking Alters The Deal
Can you think of ways in which side decking might alter deckbuilding dynamics? To deduce how, first consider what the difference is between Game 1 versus Games 2 and 3. The first game is typically a head-on collision between both players' engines. Defense tends to be more generic than narrow. For example, you'll almost never see Ghost Reaper & Winter Cherries in a Game 1. However, in sided games, players swap in dedicated hate cards, which are narrow-purpose cards that aim to cripple specific strategies.

Apart from the above example with bombs, you generally want to side like cards for like cards to maintain consistency, or at the very least, spread out the types of cards you side out to diversify your risk. For example, if you have a particularly difficult matchup where you need to side in eight or more cards, it would be dangerous to take out eight starters from your deck. You'll never get your combos started. Instead, take out two to three bombs first, then a few extenders, then some non-engine, and then maybe a starter. By siding out a little of everything, you minimize the chances that you'll lose due to a crippled engine. Furthermore, you can side out one additional starter when you go second thanks to having six cards in your opening hand instead of five.

The ratio of your card categories should change depending on your deck's role in the matchup. If your engine's inherently weaker head-to-head than your opponent's engine, then you should side in more dedicated hate cards such as floodgates to prevent your opponent from playing. On the other hand, if you have the stronger engine, then you should reduce defense and side in more removal cards in anticipation of how they will enable you to push through the defense that your opponent sides against you.

But beware! Advanced players often take advantage of this general principle by siding in floodgates even when their engine is stronger, putting their opponents in a sticky situation where they need to side defensively yet still have something to deal with the potential floodgate.

Yu-Gi-Oh Is More Than One Game
I've shared some of the most common exceptions to standard deckbuilding principles, but my list is not an exhaustive one. One of the beautiful things about Yu-Gi-Oh is that while the name doesn't change, the game it represents does.

The name "Yu-Gi-Oh" embodies entirely different games depending on the year and season. Pat's ratios have virtually zero application for most decks prior to 2008. Someday, future releases may further nullify those ratios. For example, what if removal spells start behaving like monsters one day, gaining properties that allow them to attack or be used as summoning material?

With the uncertainty of the future in mind, I encourage you to not treat the exceptions to deckbuilding fundamentals as facts to learn through rote memory, but to think deductively about the underlying reason these fundamentals hold true, and under what conditions these underlying reasons case to exist. Never stop asking Why!