Welcome back, duelists! While we're all collectively waiting for COVID-19 to resolve Final Countdown so our lives can return to normal, now's a great time to discuss one of my favorite things to do in Yu-Gi-Oh: ask yourself "why?"

The question "why" can be applied to essentially every facet of the game that has value. What does it mean to do that? The process is a lot easier than most players would assume, but it requires you to open yourself up to the possibility that your past conclusions might be wrong… often a difficult task if you aren't used to it. It's important to go into this type of exercise with a growth mindset, and remind yourself that by simply asking, "why" in the right ways, you're going to improve as a player. With that kind of attitude it gets easier over time.

Challenging Your Mindset In Deck Building
The meaning of the question "why" changes depending on the context, and one of the most powerful places to begin questioning yourself is deckbulding. Whether you're trying to create a new strategy, innovate an acknowledged one, or just adapt a deck you're familiar with so it can beat a new metagame trend, it's important to ask yourself, "why do I feel [X] is true?" If you're working as part of a group you'll want to get everyone involved - any deckbuilding partners you have should be asking that question to you, and to each other.

For example, if your group believes Salamangreat is the best deck, it's important to constantly ask yourself why that is, and if your viewpoint might be skewed. Note that a group of people who all feel comfortable disagreeing with each other is really important. Speaking from personal experience, I've had lots of ideas over the years that my close friends have disagreed with, often helping me see something I was missing. Whether it's a matchup you're overlooking, an issue of core consistency, or a shift in tournament metagames that you didn't respect appropriately, simply taking a moment to step back and ask yourself, "why do I feel this is correct?" is a huge problem-solver; if you find you're making a mistake, questioning yourself will help you see that. And if you're correct, you'll be more confident in your stance and you'll rest easy knowing you can rule out that concern when it comes time to use a process of elimination to ferret out problems in the future.

If you want to make that easier for yourself, I highly recommend writing or typing out your thoughts over the course of your deckbuilding process; it's much easier to go back and review a few notes than trying to remember something you thought to be true, but which you've now proven wrong. The ability to see previous conclusions is also great for helping to recognize your growth as a player!

It's important to acknowledge that being questioned isn't a personal attack. Friendship aside, the main reason you'd want to create a circle of players to collaborate with is to help maximize the efficiency of the decks you end up playing. Far too often, I've seen player groups crumble due to ego. Nobody likes to feel wrong, and because of that, many players will often double down on ideas that may not have sufficient merit, or may just be entirely wrong, all to look consistent. One way to avoid falling into this mental trap is to ask yourself and your build-mates "why?" regularly. If the question process becomes an accepted part of your routine, it's much easier to place it into an emotionally neutral light where no one becomes defensive. It's a great habit to get into.

Whenever I'm looking at a new deck, a new perspective or a new tech card, I'll constantly ask myself "why is this good?" Or by the same token, "why isn't it good?" I use those questions to quickly identify the problems with a particular given strategy. Asking yourself these types of questions can create really valuable results across a lot of different fields in Yu-Gi-Oh – we'll be discussing some more next week – but they're especially valuable in deckbuilding, where they're like a fast track to a far deeper understanding of the pros and cons of any strategy you're considering.

Using that deeper understanding of the deck in question, the process of solving any potential issues that may be hindering it is much easier; that transparency's worth its weight in Eldlich the Golden Lord. For a practical exercise just sit down, grab the last deck you played, pick any card in it and ask yourself, "why is this card good at this ratio?" You'd be surprised at how often the deckbuilding process turns into an auto-pilot experience full of holes just because of unchallenged ideas.

When To Ask "Why?"
Just as important as the "why," is the when: finding the correct time to ask yourself if your approach is correct.

If you're struggling to win match-ups that should in theory favor you, that's an excellent time to look at things from a different point of view. Perhaps it's a problem with the plays that were made during each game, or a fundamental issue with the deck itself. The key is to recognize problems you've encountered in-game and to take a systematic approach to solving them.

Let's say you're struggling to create your opening plays; perhaps you've taken out too many starter cards, thinking that the deck was incredibly consistent based off of some lucky hands. Now you've realized your deck can't accomplish your goals consistently. That's a perfect time to ask why. Once you've isolated the problem embedded in your previous conclusions, you can then ask "why isn't my previous thought correct?" and use that answer to problem solve the newer issues you've discovered.

You might notice that there's a lot of questioning of your previous conclusions in all this, which is the point! You never want to just accept anything at face value. Once you reach a solution to a problem in deckbuilding, you'll want to test it and then ask if your conclusions were correct. If they aren't, return to the "why?" part of the process. You'll often find that many ideas have lots of potential, but just aren't refined to the point of fulfilling it, due to the amount of work required. It takes time and effort to turn a diamond in the rough into a true treasure.

Using "Why?" To Be Your Own Best Friend
Another good time to start questioning yourself is whenever you feel like your deck (or your quality of play) is "perfect". So often, players will reach some level of success only to fall back into inconsistent tournament finishes a week later. It's rough when that happens, but it's a great time to look inward and ask "why was I successful before? Why am I not so successful now?"

Speaking from personal experience, a common trap hole players fall into is thinking they've "made it," that somehow they're at their peak, and they don't need to continue leveraging a growth mindset. How often do you win a game and then spend a minute or two thinking, "where did I play poorly?" Or asking yourself, "where could I have done more, with fewer wasted resources?"

One of the best times to look at your play critically is when you lose, because losing can make it really easy to figure out when the game changed from a possible win to an actual defeat. When that happens take a moment to breathe – if you're like me, losing is one of the most frustrating experiences – and mentally review the game. You might find a small interaction that ended up slowly losing it for you.

Perhaps you activated Flame Bufferlo as Chain Link 2 when summoning Salamangreat Baelynx, which made you draw Salamangreat Sanctuary to keep you from searching it. I did that at UDS Las Vegas in 2019. It's a pretty obvious mistake now, but at the time I wasn't thinking rationally. Perhaps the factor that led you to lose was more subtle; maybe you used Ash Blossom & Joyous Spring earlier than you actually needed to, only to realize later on that you could have simply allowed that effect to resolve, punishing your opponent's play by other means.

Many times, when the game has progressed to a point where most players recognize it as unwinnable, there are multiple points to reflect on where you might catch a mistake; something you can fix up for your future games. The value of looking inward and constantly trying to find ways to improve your play can't be overstated. Even if you ended up playing perfectly, and nobody does, it's better to try and find some small nugget of information you can learn from than to be the player who walks up to your friend group and complains about how they lost to bad luck. 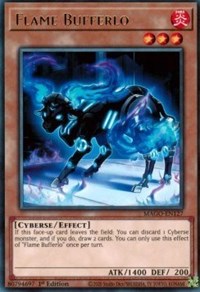 Bringing It All Together
It's important to work on the most fundamental aspects of the game and to branch out from there. One of the skills that's most under-utilized in the competitive community is to simply ask "why," to help foster an environment for learning.

One of the most rewarding activities you can engage in both in and out of the game, is to challenge yourself and your viewpoints. You might be surprised at just how quickly your skills grow. Next time around we're going to discuss the benefits of asking yourself "why" as it applies to in-game decisions, and how that can help you boost your winrate.

Until next week, stay safe and have fun.