Even the top strategies have their own terrible cards, and we're all familiar with those times when new "support" for themes just doesn't live up to the hype. The cards in this article aren't necessarily the worst cards in the game, but they were created for decks that were top tournament contenders in their time, and with such high standards to measure up to they were just hilariously bad.

The Mermail deck became a top competitive pick in the wake of 2012's Abyss Rising, but Mermails really took off after Cosmo Blazer. Mermail Abyssteus unlocked just enough search power for the deck to beat its more consistent rivals, and the extra discard outlets didn't hurt. But Mermails fell totally out of favor by the time Lord of the Tachyon Galaxy hit the TCG half a year later, and that's not because Mermails were suddenly worse: Dragon Rulers and Spellbooks were just that much better.

New Mermail support in LGTY wasn't enough to help them stay competitive over the summer. Mermail Abyssbalaen premiered as an Ultra Rare in the set and was immediately recognized as one of the worst Mermail monsters in the game. Its effect required you to discard four Mermail monsters, which would quickly devour your entire hand. Making matters worse, Mermail Abyssbalaen discard cost specified Mermails, not just any Water monsters. You couldn't even use it to trigger your Atlanteans.

Mermail Abyssbalaen was dead on arrival at a time sink or swim moment for Mermails. 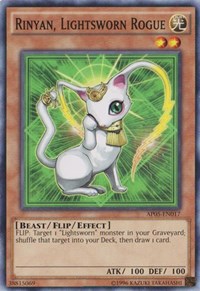 Flashback to the end of 2009: Lightsworns had just spent the last two years as a fantastic competitive strategy that somehow had barely any actual Championship-level wins to their name.

A couple of the key support cards, like Solar Recharge and Charge of the Light Brigade, had recently been reprinted, which made the deck much easier to build. Chaos variants were starting to flood the tournament scene, and by next year Lightsworns were actually winning big events. Meanwhile, Rinyan, Lightsworn Rogue was printed as "support" at a time when Lightsworn genuinely could have used it. 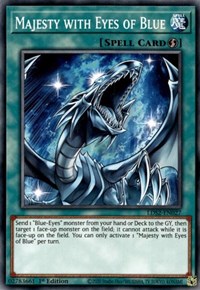 If you squint really hard and pretend other spells don't exist, you could argue that Majesty with Eyes of Blue is a perfectly acceptable dual-use spell that sets up your graveyard and keeps your Life Points safe. It's not like blocking attacks and sending monsters to the graveyard is bad, it's just that there are a dozen or so other cards that do this card's job better, faster, and more consistently.

Majesty with Eyes of Blue a complete waste of a deck slot if you're not already maxed out on Dragon Shrine: a card that lets you send two Dragons to the graveyard without needing a target on the field. Even Dragon Ravine a better pick for sending those The White Stone of Legend to the graveyard. Or dare I say it, you could just play Foolish Burial instead.

Majesty with Eyes of Blue is so backwards–as a Blue-Eyes player your monsters are typically the strongest cards on the field anyways, and Maiden with Eyes of Blue actually wants to be attacked. It's impossible to justify this card in the Blue-Eyes deck from 2016, let alone any Blue-Eyes build today. 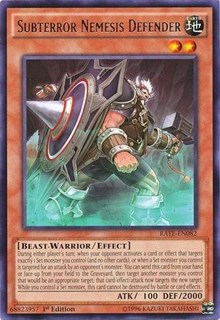 The Worst Of The Subterror Tribe

Subterrors get a mention here, but not for the reasons you might think.

It's actually not Subterror Behemoth Stalagmo I have an issue with–most of them are fairly solid if a little suboptimal compared to other choices. You can draw into a Behemoth in Guru Control variants and find a space for them in your gameplan. You won't totally hate yourself and curse your poor life decisions.

Ideally you'd play multiple copies of Subterror Nemesis Defender so you could make use of its destruction immunity. Theoretically it's a form of defense for Subterror Guru, but you're better off running Solemn Judgment or even Subterror Behemoth Burrowing to keep your cards safe. This thing is just useless. 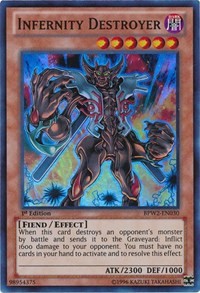 Let's set aside the fact that "borer" isn't really a word like that, and focus instead on the walking absurdity that is Infernity Destroyer.

When the Infernity were at their peak in 2010 the deck had the capacity to summon three copies of Trishula, Dragon of the Ice Barrier… at least in the OCG. Infernity Destroyer contributed absolutely nothing to that sort of game plan, despite being a Secret Rare alongside Infernity Barrier. It's not like Infernity needed any help at the time, although recent Infernity support hasn't been much of an improvement. There's really just one thing that can make Infernity competitive again, and that's returning Infernity Launcher and Infernity Archfiend to Unlimited status. 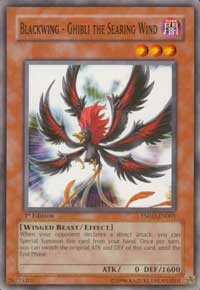 There are an insane number of Blackwing cards in the game, but there's no doubt in my mind that Blackwing - Ghibli the Searing Wind is among the worst monsters the theme has to offer. 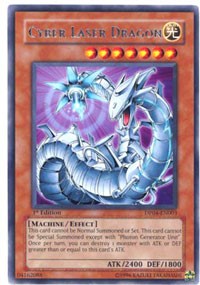 I don't think there's anything particularly wrong with a summoning method that requires you to activate a spell by tributing monsters. Yes, Rituals are a bit underpowered and are arguably the worst of the game's summoning gimmicks, but Rituals also have plenty of excellent support. The competitive success of Drytrons and formerly Nekroz should prove that Rituals can have what it takes to succeed.

Honestly, what the hell happened? 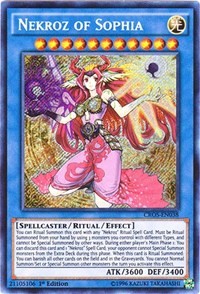 You can find a place for each of the Nekroz Rituals in a functioning Nekroz deck, even if playing all of them isn't exactly optimal. The OCG-only Nekroz of Areadbhair is also pretty playable, but there's one Ritual in the theme that just, well, isn't. That card is Nekroz of Sophia: a fancy play on the original Sophia, Goddess of Rebirth that destroyed the original Duel Terminal World.

Nekroz of Sophia theoretically easier to Summon, but there's really no point in trying. It's a massive waste of resources for a monster that will probably just end up being negated. Nekroz of Sophia discard effect is so close to being incredible, but it only locks your opponent out of their Extra Deck for a single phase. They can just skip to their Main Phase 2 to continue summoning, making Sophia a -2 in terms of card economy, all while delivering a very minor inconvenience. 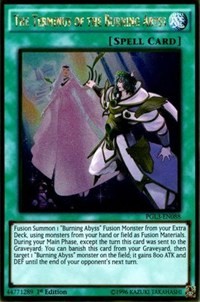 There are so many better ways to convert three Burning Abyss monsters into field presence, and ultimately that's made The Terminus of the Burning Abyss irrelevant. 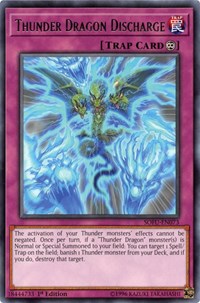 Thunder Dragons Have The Worst Support

In hindsight it's obvious why Thunder Dragons ended up being mixed into half a dozen different strategies: the deck's actual lineup is lacking in a few big areas.

And that's the list! These are nowhere near the only unplayable cards in their respective themes, and there are plenty of other hugely competitive strategies with horrifyingly bad cards. But we definitely zeroed in on some ridiculously poor standouts.

Luckily all of these strategies can–or could–afford to play other cards, but there are other themes out there where their entire pool of support are at that near-unplayable level. In a game like Yu-Gi-Oh you don't have to play the bad cards if you really don't want to. Unfortunately, some decks can't escape their worst cards, and that plays a huge role in defining the difference between the game's best and worst decks.