This weekend in Milwaukee is the TCGplayer MaxPoint Championship and I'm looking forward to improving on my Top 16 performance from last year! I've had a lot of people ask me for updates to the B/W Wasteland Strangler deck I played to a Top 16 finish at Grand Prix Indianapolis a few weeks ago, so today that is what I'm going to do. The deck has become a little bit less aggressive, replacing the one-drops with more removal spells, but the core of the deck remains intact. It's currently very well-positioned in the metagame.

I slightly adjusted the mana base by replacing the fourth Windswept Heath with a second Prairie Stream. This makes us slightly more likely to lose tempo by having a land enter tapped, but gives us more for our Polluted Deltas and other fetch lands later in the game.

I also changed the sideboard, adding extra copies of Valorous Stance, mostly to improve the Abzan matchup where most of the important creatures die to Valorous Stance and it can also protect our threats from some of their removal spells.

The biggest changes were to the maindeck. I replaced Mastery of the Unseen with Secure the Wastes for a couple of reasons. It's slightly better against Atarka Red because you can make a few blockers mid combat while Mastery is much slower. It's also much better against the Big Green Ramp decks, especially post-board when we bring in extra copies of Gideon, Ally of Zendikar to combo with it (by making an emblem to pump all the tokens). Secure serves many of the same purposes and is better in the areas where I want a little help. It also frees up some space in the sideboard so we can fit in all the removal and counters we want access to in our board.

The other major change is replacing the one-drops with removal spells. Instead of Kytheon, Hero of Akros and Mardu Woe-Reaper I have Ultimate Price, Murderous Cut, and extra copies of Stasis Snare. This makes us better against Abzan since the one-drops quickly get outclassed and we would rather have answers to their more potent threats. It also makes us better against Atarka Red where Goblin Tokens embarrass our Savannah Lions. Against R/G Landfall I would likewise rather have the removal spell to disrupt their combo or trade with their threat. We become worse against Esper, but our sideboard is geared toward fixing that problem.

Now let's go over the most common matchups.

One the play or draw
IN: 4 Valorous Stance, 1 Archangel of Tithes, 2 Dispel, 1 Murderous Cut
OUT: 4 Transgress the Mind, 1 Gideon, Ally of Zendikar, 2 Wingmate Roc, 1 Secure the Wastes

This matchup is mostly about not dying to Temur Battle Rage and/or Become Immense, which means leaving open the ability to cast an instant speed removal spell for most of the game. Fortunately we have some cheap removal in the form of Murderous Cut, Ultimate Price, and Valorous Stance. Stasis Snare is also usually fine for this purpose as long as we're not behind on board.

Another way these games often go is just killing everything they play. Silkwrap their first threat, Wasteland Strangler their second threat, then play Archangel of Tithes and untap with Ultimate Price and Stasis Snare in hand or whatever. This is one of our better matchups as long as you don't give them a window to kill you, which usually involves tapping out or attacking with Archangel of Tithes.

On the play or draw
IN: 1 Archangel of Tithes, 2 Dispel, 2 Valorous Stance
OUT: 4 Transgress the Mind, 1 Wingmate Roc

This matchup is similar to R/G Landfall in that you don't want to give them an opening to combo you out with Temur Battle Rage except Archangel of Tithes is much more important. You pretty much never want to attack or block with Archangel because it's so hard for them to muster any sort of momentum as long as Archangel is on the table. They can't attack with enough creatures to make Atarka's Command effective and they can't profitably attack into our motley crew of random blockers without tapping out, which would open the door to a lethal counterattack (since Archangel makes all our attackers unblockable).

Transgress the Mind can hit Hordeling Outburst or Become Immense, which makes it slightly better in this matchup than against R/G Landfall, but it's still bad enough to bring out. Dispel can be a giant blowout too, countering Atarka's Command or either part of the combo.

On the play
IN: 4 Valorous Stance, 1 Murderous Cut, 2 Disdainful Stroke, 3 Gideon, Ally of Zendikar
OUT: 4 Knight of the White Orchid, 3 Archangel of Tithes, 3 Secure the Wastes

On the draw
IN: 4 Valorous Stance, 1 Murderous Cut, 2 Disdainful Stroke
OUT: 3 Archangel of Tithes, 3 Secure the Wastes, 1 Gideon, Ally of Zendikar

Even though our deck is better configured for the matchup now than it was before, there are still some important play decisions that, if executed sub-optimally, can result in a Catastrophe. Always be cognizant of Dromoka's Command. If they kill a Stasis Snare with the ability on the stack, it has no effect and the creature remains attacking/blocking. Also don't let them unnecessarily trigger raid for Wingmate Roc, which means killing their lone potential attacker before combat instead of during combat. Also try to bait out the Abzan Charm (on +1/+1 counters mode) when you have the trump (usually instant speed removal) but don't get blown out by it when you don't have the trump. Lastly, keep your life total out of Siege Rhino range at all costs.

On the play
IN: 4 Valorous Stance, 4 Disdainful Stroke, 2 Dispel, 3 Gideon, Ally of Zendikar
OUT: 4 Knight of the White Orchid, 2 Ultimate Price, 3 Archangel of Tithes, 4 Wasteland Strangler

These Jace, Vryn's Prodigy decks require us to keep some specific removal spells in our deck that almost exclusively kills Jace and nothing else. Silkwrap and Ultimate Price are basically exactly that in this matchup. Active Jace is so difficult to beat that it's worth it to play the answer, conceding that they gain the edge in that fight (Scenario A: If they have Jace and we don't have Silkwrap, they have advantage. Scenario B: If we have Silkwrap and they don't have Jace, they have advantage since we have a useless card in our hand. Scenario C: They have Jace and we have Silkwrap, which is a push). Scenario A is just so good that we have to risk keeping in the narrow removal to deal with it.

We also have Stasis Snare which can kill Jace when we're on the play or it can kill Dragonlord Ojutai when it is attacking us, or it can kill Dragonlord Silumgar. Don't leave your Gideon, Ally of Zendikar vulnerable to Dragonlord Silumgar if possible. You never want to let them steal it and immediately sacrifice it for an emblem. By keeping an instant speed removal spell up, you can kill Silumgar with the ability on the stack and they never gain control of Gideon. Also don't let Dig Through Time resolve.

On the play
IN: 3 Gideon, Ally of Zendikar, 4 Disdainful Stroke, 2 Dispel
OUT: 2 Murderous Cut, 2 Ultimate Price, 4 Knight of the White Orchid, 1 Silkwrap

On the draw
IN: 3 Gideon, Ally of Zendikar, 4 Disdainful Stroke, 2 Dispel
OUT: 2 Murderous Cut, 2 Ultimate Price, 2 Silkwrap, 3 Archangel of Tithes

The plan in this matchup is similar to that of Esper Dragons. Counter the big spells, kill whatever creatures you can kill with your removal spells, and sculpt a game plan around the information gained by Transgress the Mind.

Exile Hangarback Walker with Silkwrap or Stasis Snare and match their anthem with your own anthem. Wingmate Roc is the most important card and Gideon is probably second. Use counters and discard accordingly. Sometimes tempo plays a role, at which point Painful Truths can be a liability instead of an asset.

On the play
IN: 2 Dispel, 1 Murderous Cut, 3 Gideon, Ally of Zendikar, 2 Disdainful Stroke
OUT: 4 Knight of the White Orchid, 3 Archangel of Tithes, 1 Wingmate Roc

On the draw
IN: 2 Dispel, 3 Gideon, Ally of Zendikar
OUT: 3 Archangel of Tithes, 1 Secure the Wastes, 1 Wingmate Roc

This matchup is similar to Abzan in that it often comes down to an attrition fight. Fortunately Wasteland Strangler is even better in this matchup since it kills most of their threats. Using counters and discard to hit their Ojutai's Command and Dig Through Time are usually key. It's mostly about trading resources and making our cards match up well against theirs but theirs not match up well against ours. If they leave up four mana on our turn, it's likely for Ojutai's Command, so that's the ideal time to play Gideon, Ally of Zendikar or to do nothing and hold up mana for Secure the Wastes if you don't have Gideon in hand. Another trick if they are getting back Jace with Ojutai's Command is to hold up instant speed removal so you can kill the Jace on your same end step before they get to untap and use it.

Archangel of Tithes is not bad in the matchup but we don't want too many high cost cards and that one has the lowest payoff with the biggest downside (being countered by Ojutai's Command). Wingmate Roc has bigger upside when it resolves, Gideon dodges Command, and Secure is more flexible at instant speed.

On the play or draw
IN: 4 Disdainful Stroke, 3 Gideon, Ally of Zendikar
OUT: 2 Ultimate Price, 2 Murderous Cut, 3 Archangel of Tithes

The exile effects are the most useful removal spells because they deal with Hangarback Walker; Stasis Snare is the only one that can deal with Ulamog, the Ceaseless Hunger. If you see instants worth countering with Dispel, board out a pair of Silkwraps in favor of those. The best way to interact with these decks is to clock them, counter their Ugin, the Spirit Dragon with Disdainful Stroke, cast Secure the Wastes on the end step, then untap and play Gideon, Ally of Zendikar and immediately make an emblem to attack with a horde of 2/2 Warrior Tokens.

Even if you're not going to the TCGplayer MaxPoint Championship this weekend, this is a great deck for any Standard tournament. But if you are, be sure to say hi to me. I'll be giving out autographed copies of my Pro Player card! 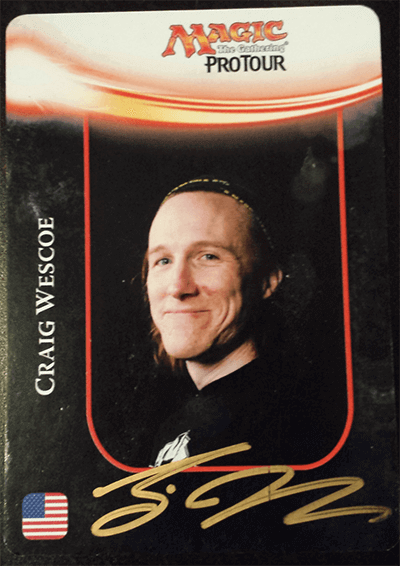