Modern is a broad, deep and diverse format which has contributed to its popularity. There are so many options, and navigating more than a decade of cards can be intimidating when first starting out—especially once you factor in all the new cards Wizards of the Coast is continually adding. This can leave players feeling paralyzed by information overload.

However, with the upcoming rotation, Dominaria, Core Set 2019, Ixalan and Rivals of Ixalan will leave Standard, which provides an opportunity to use these cards in Modern. This week, I'm looking at existing Standard decks which can evolve into competitive Modern strategies if you want to make the leap into the format on a budget. Using your old Standard cards for your new Modern deck is a great way to step into one of the most diverse formats around. You get more use from your existing collection, you don't have to learn as many new cards right away, and the initial investment is low if you discover the format is not for you.

One of the best qualities of Standard is that it's a proving ground for powerful, affordable strategies, which create an excellent foundation to enter into Modern. As an example, Mono-Red is a popular recurring Standard archetype that also tends to be less expensive to obtain. Although Mono-Red looks like it will be weakened in Standard by the impending rotation, this doesn't mean the strategy is not viable in other formats. Let's look at how we can improve on Mono-Red for the Modern landscape, using a regular Standard list as a base.

This is a typical Standard Mono-Red list which has been a stalwart in the format for most of the year. With the recent introduction of Stoneforge Mystic to Modern, the format is shifting toward a fairer and creature-oriented metagame which allows aggressive strategies to capitalise. Most Standard Mono-Red lists cost around $50-70, and by adding $100 to this list, we can take Mono-Red and adapt it to one of the most explosive decks in Modern at present, Mono-Red Prowess.

Mono-Red Prowess (an evolution of Mono-Red Phoenix) is a strategy with many similarities to Burn but offers more explosiveness due to the density of one-mana spells. It's competitive, affordable and gives you the option to upgrade into one of the more established strategies in Boros Burn down the line. Mono-Red Prowess is seeing plenty of competitive success as it punishes the slower strategies in the format, and the list above comes to $150 with the option to upgrade further. In terms of priority, I would focus on picking up the creatures and the common Burn spells with Manamorphose being one of the last to obtain. Manamorphose is not cheap currently, and these can easily be replaced by Cathartic Reunion or Thrill of Possibility from Throne of Eldraine until then. It's essential to pick up more inexpensive cards first as this will improve the overall performance of the deck; having a single expensive card does not change the deck's performance as much.

Once you have the above list completed, I recommend picking up a playset of Sunbaked Canyon (or Fiery Islet) to add to Mono-Red Prowess. Although the white is irrelevant in the list, the option to draw cards is ideal, especially when you are running out of burn to finish off your opponent. Extending this, you can use the Sunbaked Canyon to gear toward Boros Burn. By adding Lightning Helix, Boros Charm and Sacred Foundry you can have the beginnings of Boros Burn if you want to go down that route. Otherwise, Mono-Red Prowess is a budget-friendly Modern deck that can drum off quick wins and grind through stubborn games. It also rewards mastery, despite offering some easy games, due to how tight the deck makes you play to go as fast as possible. 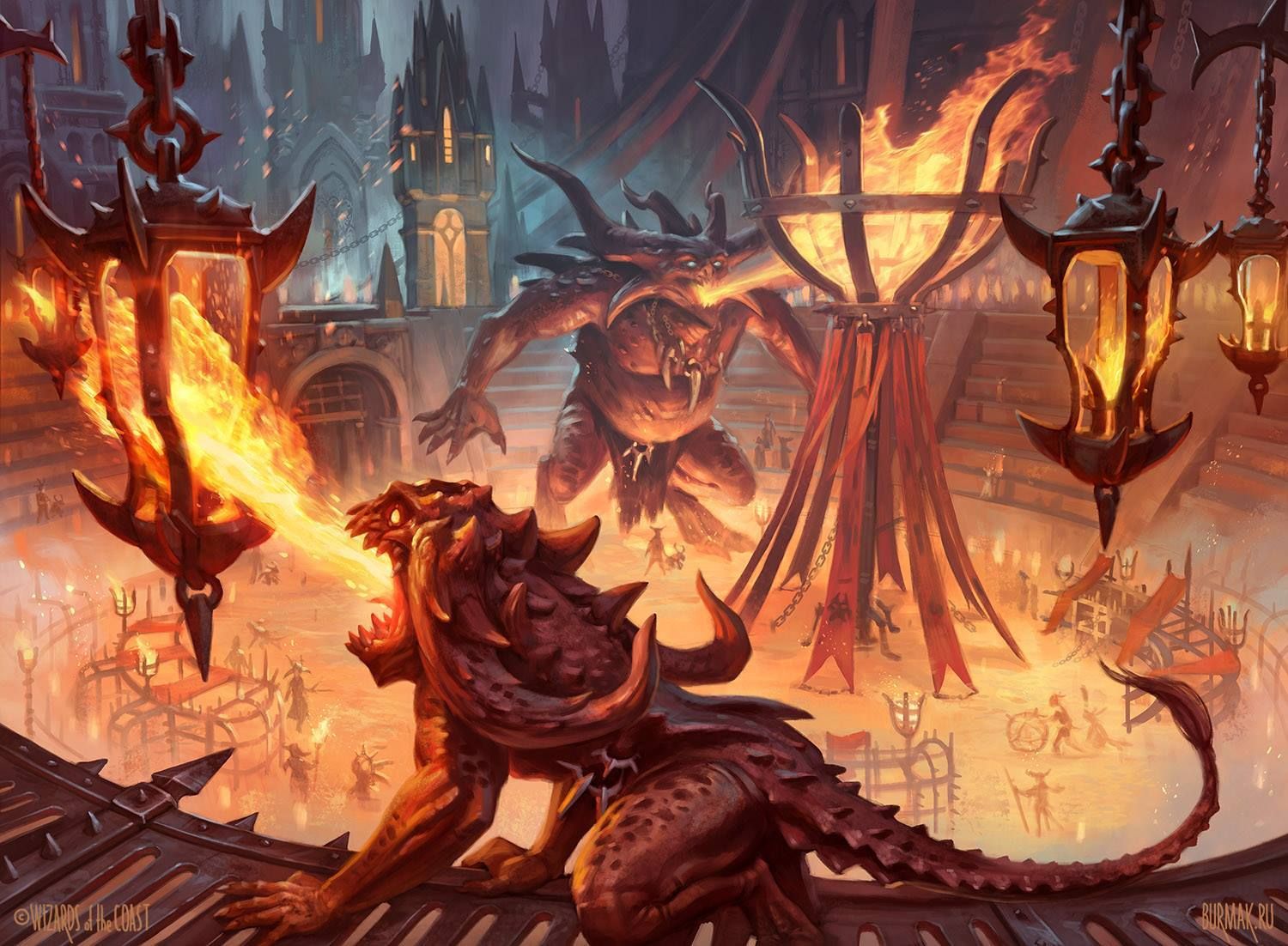 Another Standard strategy which has made an impression over the last few months is Orzhov Vampires. Although Orzhov Vampires will soon diminish thanks to rotation, the deck remains robust and fast. The deck plays a lot of independently powerful cards such as Sorin, Imperious Bloodlord, which provides a late-game option to couple with the aggressive approach. It's currently one of the best decks in Standard, and we can port this to Modern also. Let's begin by looking at what the Standard list provides us.

White and black are traditionally versatile colors in Modern as they both offer the best options for removal and the sideboard. That means we have plenty to work with to upgrade this to an affordable and competitive Modern strategy. Like its Standard counterpart, Modern Orzhov Vampires wants to be as aggressive as possible. The addition of life gain from Sorin, Solemn Visitor and Legion's Landing will mitigate any damage from other aggressive strategies such as Mono-Red Prowess and Boros Burn which are prevalent in the current Modern metagame. In addition, you can become defensive by using Viscera Seer and Kalastria Highborn as an alternative route to victory if the aggressive line isn't available to you.

The above list comes to around $230 and inherits many of the qualities that make Standard Orzhov Vampires consistent. The fundamental change here is the manabase as we have access to old Standard cards in Concealed Courtyard and Caves of Koilos which offer more consistency compared to Temple of Silence. I would begin improving the manabase and then shift focus toward the creatures, with the sideboard being the last component to pick up. One option to consider is grabbing a set of Silent Clearing to replace Caves of Koilos—these aren't immediately necessary, but having the option to mitigate mana flood is always great insurance to have. Marsh Flats is another potential addition to the build. However, these are not budget and should be the last items to pick up if you choose to run them. If you have managed to pick up Marsh Flats, I would recommend adding Bloodghast as it provides decent synergy and should be added to the build as a recursive threat.

White is the best color for Modern sideboards, with Rest in Peace and Stony Silence being the premier choices almost since Modern's inception. These should both be included in your Orzhov Vampire sideboard with an emphasis on Stony Silence, as Four-Color Whirza is one of the best Modern strategies available currently. Nihil Spellbomb is an excellent budget alternative on Rest in Peace, but I do recommend grabbing Rest in Peace at some point as it's a Modern staple for a reason. Duress can be upgraded into Thoughtseize or Collective Brutality; both are excellent at offering a different line of disruption to ensure you can adhere to your aggressive gameplan. 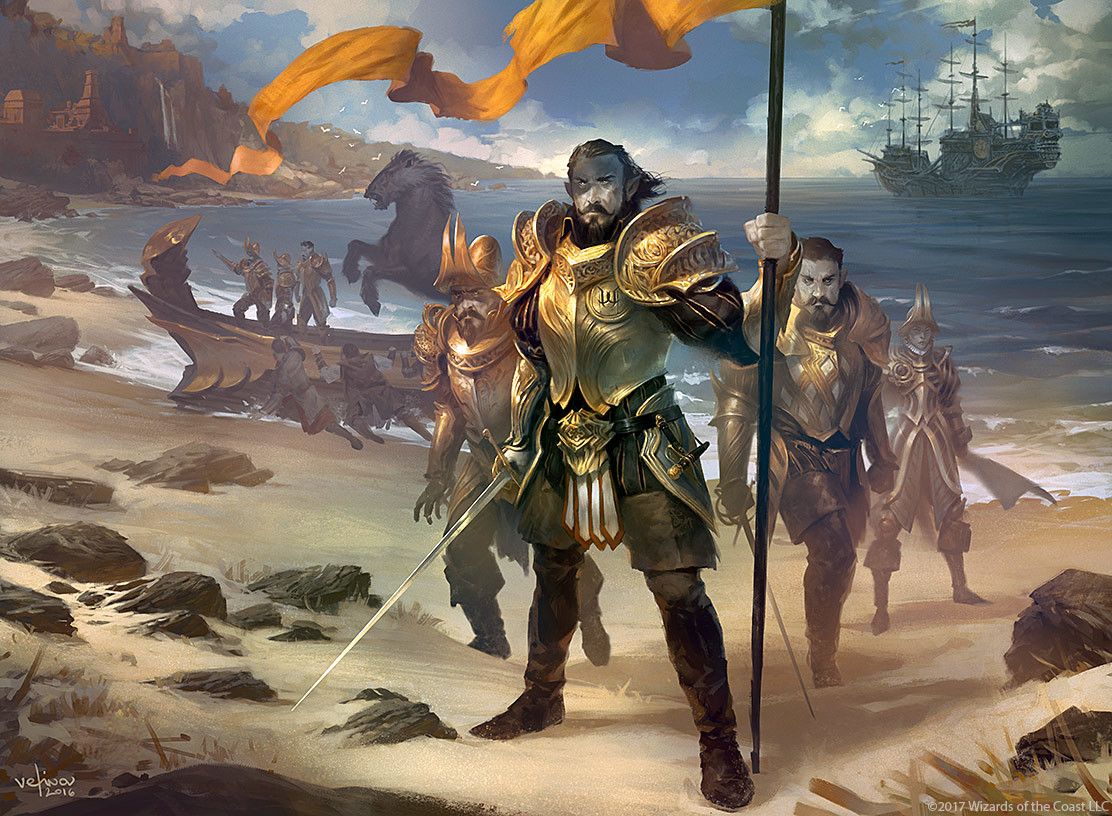 Standard rotation can always present a level of dread as it means the Standard landscape changes heavily; however, I see rotation as an opportunity. It's easy to disregard recently rotated Standard cards, but by porting these cards to Modern, you are getting more mileage and enjoyment from them. Although you may not have the most robust or top-tier strategy currently, what you do have is a semi-competitive list which can put up results at a local FNM.

Modern is a deep format which rewards knowledge and experience, and by playing the format you will improve despite any weaknesses in what you are piloting. Standard rotation creates an excellent opportunity to dip your feet into one of the most diverse and broadest formats around without breaking the bank.

Emma Partlow is a writer and Modern enthusiast based in Suffolk, England. She's been involved in Magic since Khans of Tarkir back in 2014, and loves helping players dive into the game's most diverse format.