If you're not familiar with the nomenclature, a wide variety of effect monsters have "abilities" that place them into sub-categories sort of like monster types: Union monsters, Geminis, Spirits, Toons, Flip Effects and Tuners are all examples. Each ability comes with special mechanics, and often drawbacks to match: Spirits generally can't be Special Summoned; Flip Effect monsters need to be face-down and then, well, flipped; and the Tuner ability is a special classification in both name and function.

And then… Well, then there's Toons.

Toon monsters are all wild, cartoony versions of pre-existing monsters. They can't attack the turn they're summoned but they can make direct attacks when Toon World's on the field. There are several sub-groups in the Toon family as well, dividing the Toons according to the particulars of each card's effect text.

Before the release of Toon Chaos, there were six groups of Toon monsters dubbed by fans as "Classes" to categorize how the Toons could be summoned, protected, and so on. The new Toon Harpie Lady and Toon Black Luster Soldier are each in a class of their own, so now there are a staggering eight different distinctions for Toons!

The wiki here details their differences but doesn't list Type F (Toon Harpie Lady), Type G (Toon Black Luster Soldier), or Type Null (Toon Alligator), just in case you wanted to venture down that rabbit trail. It's pretty interesting. But the real focus for today, as we stand on the eve of the official release of Toon Chaos, is that Toons have become a lot more usable over the years. 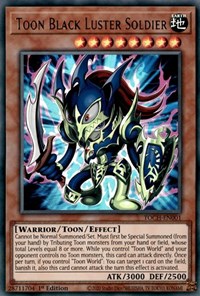 Toons Have Been Around Since Spell Ruler...

My mind has been so warped by lengthy combos that I feel as if I've been shamed into believing that Toons are an anomaly in modern Yu-Gi-Oh; there are no built-in flashy 917-step Turn 1 plays. Sure, Toon Bookmark searches Toon Table of Contents to burn through all three copies and thin your deck, but that's hardly a combo unless you pair it with Treasure Panda.

Which we're not. To be clear.

But yeah, don't get me wrong: it's not inherently a bad thing if a theme's cards prove strong and successful without massive play sequences. Just because cards don't have multiple effects doesn't make them bad, it just means the strategy's straightforward. Let me be direct - your deck can still be good if your first turn takes less than fifteen minutes.

Enter cards like Toon Briefcase and Toon Terror, both phenomenal cards that counter just about everything your opponent can do. They stop spells, traps, monster effects, and together they thwart any monster your opponent can summon. They're both searchable with Toon Bookmark and Toon Table of Contents, so an unbreakable board is always just a few cards away.

Toon Black Luster Soldier's another phenomenal card on the aggressive side, even if it doesn't have any inherent defense. It banishes pesky threats and it's highly searchable with the aforementioned cards. It's also an option for Toon Page-Flip.

The built-in problem with Toons is their overall lack of smart card economy. There's no Elemental HERO Stratos, no Infernity Archfiend, nothing like The Grand Spellbook Tower… Toons are very much operating on a 1-to-1 basis when they're making trades. But I'd wager that Toons can be good going both first and second if you've got all the right pieces in place. 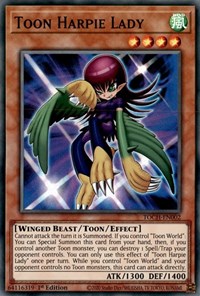 Can't Beat Them? Join Them!

Thankfully, Toons have several built-in counters that just say no to your opponent's cards, like the obvious Toon Briefcase and Toon Terror. But if you consider just how easy it is to make Rank 4 monsters in Toons, then boom, suddenly your options are way more extensive than the straightforward Toon openings you might expect. Is it perfect? No, but it's just important to remember that you're not solely bound to telegraphed traps that need Toon World and a Toon Monster on the field.

For example, it's really easy to make Bahamut Shark with two Toon Mermaids and from there it deploys Toadally Awesome from your Extra Deck, an easy negate that stops pretty much anything. The same goes with Abyss Dweller and Number 41: Bagooska the Terribly Tired Tapir. Diversifying your options so you can adapt to multiple strategies can help you mitigate high-impact cards like Lighting Storm, which is seeing more play now with all the Altergeist hype coming out of the new F&L List.

The same goes for any deck - if you have a straightforward strategy that's easily countered, you won't go far. Trust me, I've relied on just a set Spellbook of Fate more times than I'd like to admit.

While the economy might not be perfect for you going first, there are still ways to take advantage of powerful non-Toon cards. Instead of going with the ever-popular Jet Synchron or something that'll clutter your deck with a dozen cards you don't want to draw in your opening turn, it can be smart to keep stuff simple when you're looking for some added flair. 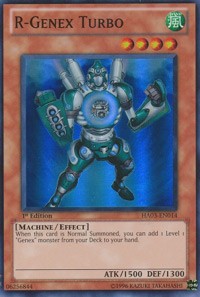 I've been using R-Genex Turbo in some of the most random strategies out there, but it suddenly became loads better when Crystron Halqifibrax finally came to the TCG. Normal Summon R-Genex Turbo, search and Special Summon R-Genex Oracle and boom, instant Crystron Halqifibrax! If only my sadness about a lack of Fabled support could disappear as quickly.

Some of my creations get a little out of hand along those lines, using 5+ cards you don't want to draw . Today we're keeping it tight instead.

Why am I so okay with Ash Blossom & Joyous Spring here? Because with so many Level 4 Toons in the main, you'll have the on-field requirements for F.A. Dawn Dragster. And on your opponent's turn you can tribute off Crystron Halqifibrax for Formula Synchron, draw a card and set yourself up for Crystron Phoenix.

Why is that so important? With the June 2020 Forbidden & Limited List and Altergeist Multifaker back at 3, we're going to see an uptick in Altergeist decks. Personally that's something I'd rather deal with, like, never, so cards like Crystron Phoenix and F.A. Dawn Dragster mitigate those nuisances. It's a great way to counter a popular deck for the next format without really changing up your strategy.

So while the format might not change much this month, I'd definitely recommend covering at least one of the known variables. Whether you're up against Stun, Frogs, Altergeists or even an unforeseen rogue deck, having that cheap combo in your back pocket on top of your Rank 4 threats and counter traps means you'll be better protected. 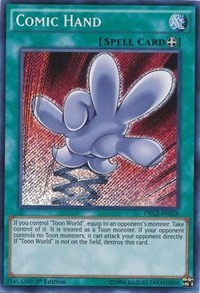 With a build like this you have plenty of advantages going first, thanks to Toadally Awesome, F.A. Dawn Dragster and Crystron Phoenix, but I'd argue that going second might be better for Toons. I'd normally like to build decks to specifically go first OR second, but if you went all-in on going first running triplicates of things like Toon Terror and Toon Briefcase, going second would result in a loss virtually every game.

No number of Crystron Phoenixes is going to save you from that one.

The introduction of Toon Harpie Lady makes Toons much more flexible. Obviously Toon Harpie Lady's better when you're going second because it can't blow up spells and traps on Turn 1 against a blank field, but being a Wind monster has some applications that coincide with a previously mentioned combo.

While you could argue for more nuanced choices for Turn 1 plays, R-Genex Turbo facilitates Lightning Chidori, the lightning bird Xyz we haven't seen used for a long time. Two birds, one Chidori, ya know?

Not only does Lightning Chidori rip apart set cards, but it actually works against face-up cards too. It's one of those rare situations where you can punish your opponents no matter what they do; set cards or keep them faceup, it's a win-win. It doesn't cost you anything to consider the combo, either; R-Genex Turbo and R-Genex Oracle are only four cards, and it really doesn't matter if your opponent drops their own Infinite Impermanence or Ash Blossom & Joyous Spring to stop your search, regardless if you go first or second.

Detached From The Format

Back to the pure essence of Toons - the deck's actually really hard to beat sometimes. With all your Toon monsters attacking directly compounded by the pressure of Comic Hand, you might just win without any flashy combos. Check out the list.

Don't discount the original Toon flair! Sometimes you'll win duels without even really trying. Obviously there isn't a perfect Turn 1 Toon lock to guarantee a carefree victory, but if you drop a Toon Black Luster Soldier going first, stop your opponent from making a comeback with Toon Terror, then follow-up with Comic Hand? You've almost won the duel on your second turn.