Now that we've learned how to play the Pokémon trading card game using the best Theme Decks found in Standard, it's time to get into the best part of any TCG: opening packs! If you're like me, nothing compares to the exhilaration of opening packs and revealing the shiny goodness inside—and Pokémon has this feeling down to a science. Each set contains a plethora of alternate 'shiny' cards like Full Arts, Rainbow Arts, and Gold Arts which makes hunting for the 'best' versions of cards all the more exciting!

In today's article, we'll go over the best Pokémon TCG products you can buy to start your collection and build your own decks. As is the case with any TCG, picking up the singles you need to build your deck is usually the cheapest way to collect cards, but since we don't have a specific deck to build, we're looking at which sealed products give us the best value. Most of the products we'll be looking at can be found anywhere trading cards are sold, but they're usually cheapest on TCGplayer.com or in your local game store.

If you're looking for the fastest way to start playing competitively, then these are the products for you! League Battle Decks are the cheapest and easiest way to access a full deck that can hold its own against any other deck in Standard. Both of these products come packed with a complete 60-card deck, dice, and acrylic tokens for conditions and GX, as well as a code card that unlocks the deck within Pokémon Trading Card Game Online. These products are typically priced around $25, making them one of the best available options available after you've learned the basics of the game. 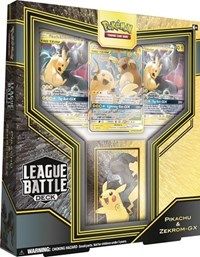 Pikachu & Zekrom is the highlight card in the 'PikaRom' deck, and this product truly gives you everything you need to start playing one of the game's strongest competitive decks. It comes with staple cards that can be played in other decks like Jirachi, Professor's Research, and Marnie—so this is a great product even if you're planning on breaking it down for cards! In addition to the deck itself, the acrylic tokens are a great upgrade from the cardboard versions found in the Theme Decks, along with damage dice rather than the usual cardboard cut-outs. 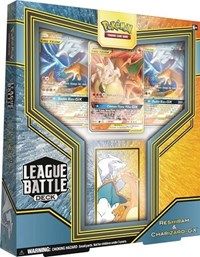 The second deck includes the Reshiram & Charizard deck, which has nearly all of the Trainer cards you'd need to face any competitive Fire deck! This deck comes with two Giant Hearths, two Tag Calls, and four copies of Welder—which has become a little harder to find, now that Unbroken Bonds booster packs are few and far between. That said, any deck currently playing Fire Pokémon will definitely find a place for these cards.

Both League Battle Decks are perfect for diving deeper into the gameplay of the Pokémon TCG, as they rely heavily on the 'Tag Team' mechanics, powerful basic Pokémon, and incredibly potent Supporter cards. November will also bring us a third League Battle Deck, this time focused on the popular Arceus, Dialga, & Palkia Tag Team paired with Zacian V. These decks are the best products to buy when you're ready to evolve your skill with the game.

For Pokémon TCG players with a Magic: The Gathering background, the Build & Battle Boxes released for each main set are the closest you can get to playing a 'sealed' format. These kits act as the pre-release product for each set, and consist of four booster packs, one of four alternate-art promos, and an 'Evolution pack'. Due to game mechanics requiring specific Pokémon to and from, the Evolution pack contains 23 cards that include two evolution lines and the associated Pokémon (chosen from four lists associated with the promo cards) and an assortment of 'staple' Trainer cards. This Evolution pack gives you a place to begin building a deck, while the additional packs provide a chance to flesh it out with new cards! (Click here for the full rules for the Pokémon TCG Sealed Format!) 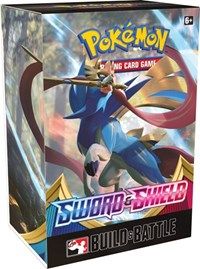 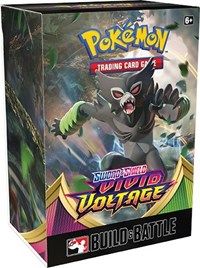 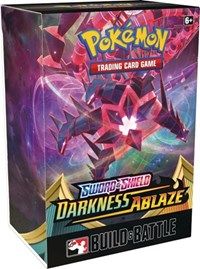 Did I mention how cool the box art is?

Typically, the Build & Battle boxes were reserved for pre-release events taking place right before the latest set release. Due to the current state of organized play in the world, however, you can now find these boxes for sale online or at your local game store. They typically go for anywhere between $15 and $25, depending on the value of the cards/packs inside, and the cards inside are fairly randomized, making these fun products to pick up even if you're not looking to play sealed. If you've got a couple of friends interested in play, four Build & Battle Boxes and some extra energies are all you need to have a fun game night!

Elite Trainer Boxes, also known as 'ETBs' or 'Bundles', are a product that arrive with the release of most sets. They're great if you're looking to collect cards from a set, but also want the rush of opening packs. Each ETB comes with a wealth of Poké-goodies, including:

When you're starting from nothing, having a set of extra basic energies to pull from while deckbuilding is a huge benefit—not to mention having a place to store all the cards. As I mentioned above, the acrylic tokens found in these Pokémon products are an outstanding improvement over the punch-out cardboard tokens, and the ETBs from older sets will have acrylic GX tokens that can be harder to find. 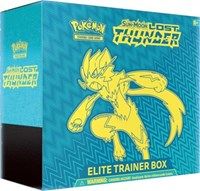 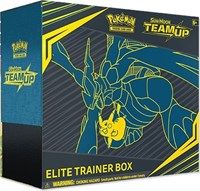 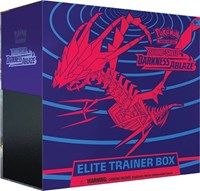 And the box art gets even cooler.

For most sets, these ETBs can cost somewhere between $35 and $50, so you can sometimes get these for the price of the packs inside alone. However, most of these boxes are only worthwhile if you can get value from the additional inclusions in the box—otherwise you are probably better off buying boosters for the same cost.

Every new set release comes with several products that fall under the blanket term 'Collection Boxes'. These include a promo card of some sort that the entire Collection Box is themed around, along with a few packs from relevant sets. Typically, these cost more than you'd spend by purchasing the same number of booster packs. That said, this slightly higher cost includes immediate access to a particular promo card from the set. These promos are what drive players to buy Collection Boxes, so it's important to be aware of what cards are in each collection before picking one up! Most of the time, if you're looking for a particular card, it's going to cost you less to just buy the single online. 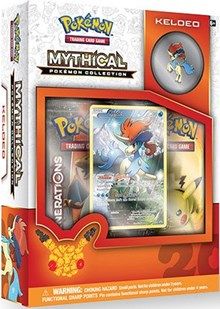 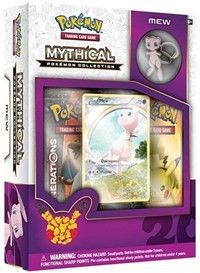 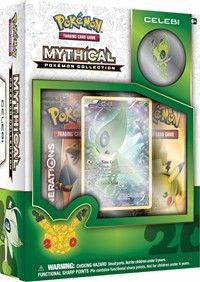 These are just some of the items to be on the lookout for when buying sealed Pokémon products. As always, keep in mind that the most important part of the game is having fun with it and catching the Pokémon that you like the best! Let me know what your favorite Pokémon TCG products are by reaching out on Twitter at @TheZachkAttack!