Battle Styles is coming to a "Dojo" near you this Friday, March 19th. Introducing two new mechanics to the game, Single Strike and Rapid Strike, Battle Stylesmarks the return of alternate art cards. So whether you're an avid collector or player, this set has plenty for you. If you're looking for ways to get the most for your money, then step into the training ring with your new master as I walk you through everything this set has to offer!

The Art of Opening Packs

While not the best way to guarantee value, opening packs is still the most entertaining . Since Battle Styles is the first set introducing Rapid Strike and Single Strike mechanics, you have double the sealed products to pick from! To decide which product is best for you, we'll break down each product for its 'cost per pack' so your money can get you the most amount of new cards! 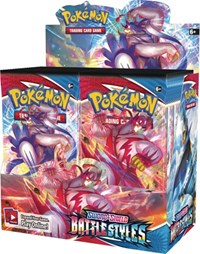 The typical booster box may be the least flashy of the products, but it makes up for that with a total of 36 packs—meaning 360 new cards to add to your collection. As of writing of this article, these booster boxes can be purchased for ~$160—that's about$4.50 per pack. Once the set is released, however, these boxes could dip further and the cost per pack could easily hit $4, making them one of the best products if you're looking to get the most pack-cracking time! 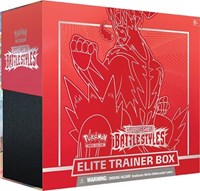 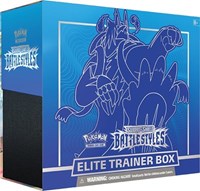 The Elite Trainer Boxes for Battle Styles come in both red and blue, and are some of the coolest products to release in a while! Though they have a price per pack of around $8.50, the additional inserts (sleeves, energy cards, coins, and dice) make up for the higher price and also act as a sweet storage space for all your best card pulls! If you've already picked up a booster box or don't have over $100 to spend, the ETBs are a cool product to nab a few packs and have a sweet display afterward! Expect to pick up these products for around $50-$60, once the initial release is over. 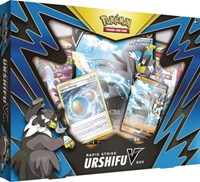 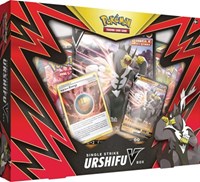 Top Cards To Be On The Lookout For

The secret rare slot is full of highly sought after cards to watch for, and the rule stands, "If it's gold or rainbow, it goes in a sleeve." But there are a few of these that could continue rising in price as players find out what the best combinations in the set are. These are the cards most likely to see play and the most turnover if you're looking to buy or sell them:

The introduction of Battle Styles to the competitive TCG brings plenty of strategies focusing on either Single Strike or Rapid Strike. And the "toolbox" cards like Houndoom and Octillery will certainly see play and popularity as the mechanics stretch into the next few sets. In the same vein, the two new energies have incredible strengths to them, and will definitely find their way into decks in the next few months. Though they may not be as flashy as the face cards of the set, the above cards have a high chance of becoming staples for the format to come, which will make them highly sought after once the initial release wave has come and gone.

Outside of the top secret rares and Alternate Arts, there are plenty of other cards in the ultra rare slot that can help you recoup the price of a booster pack. The Pokémon V in each set can be polarizing, either "incredibly busted" good or "back of the collection binder" bad, and it can be hard to estimate what the prices will look like between pre-sale and post-release. Here are our favorites with the best chance of keeping their price tag and helping you buy your next pack:

While it might be easy to find the value in each pack containing a secret rare or a Pokémon V, that doesn't mean there isn't value in the uncommon or holo rares filling the rest of the pack! If you're opening booster boxes looking to turn a profit, these cards will help you fill out your trade binder or seller inventory to keep you in the green:

A few of these cards exist on some of our lists at higher rarities, but they are likely to be so intrinsic to play styles, players will be looking for play-sets of base rarity—which might mean $4-$10 in your pocket for what was supposedly chaff. The other cards on this list represent new playstyles or archetypes that players will flock to once they've completed their favorite deck and are looking for other things to play. Once everyone has opened their booster boxes, these are the cards to keep an eye on as it will be much easier to sell a handful of $1 cards than just a single Urshifu Vmax!

The next main set release, Chilling Reign, comes in June, so Battle Styles will be holding us over for quite some time! The addition of more "chase card" in the form of Alternate Arts will make Battle Styles a fun set to open for some time, so it may have better longevity than we saw with some of the other main sets released last year. As we begin to see players return to their LGSs for in-person play, competitive staple cards will continue to go up in price. And Battle Styles is looking to have plenty in terms of staples for the next format!

Card Prices will likely shift once the cards are in the hands of players and collectors, so stay ahead of the curve with TCGplayer Infinite, or follow me directly on twitter @thezachkattack where I talk about my experiences with trying to keep up with all of the popular tcgs!