The Rokket theme wasn't remotely competitive when it debuted in Circuit Break, but a lot's changed in Yu-Gi-Oh! since 2017.

This weekend we saw a Rokket build win the UDS Invitational in Tulsa Oklahoma, and secondary market prices for key Rokket monsters spiked overnight. Striker Dragon tripled in value as players realized that Rokkets might be the best Link-centric strategy of the format. It's a fast, powerful strategy that trades some of the consistency of SPYRAL for a stronger Extra Deck and less vulnerability to Droll & Lock Bird.

That said, it's not the same breed of Rokkets that existed prior to Guardragons: these builds fully embrace the Link-climbing playstyle that was hugely popular in Chaos Thunder Dragons, Crusadia, and OCG Dragon Link builds.

Rokkets from 2017 were designed around a gimmick where the Main Deck monsters would apply an effect and self-destruct when targeted by a Link Monster. Some of that gameplay still exists post-Rokket Revolt, but the standout cards in the theme are mostly those that can Summon more monsters for Link Summons. Boot Sector Launch and Quick Launch were joined by Rokket Tracer and Absorouter Dragon, which greatly expanded the deck's ability to field Dragons.

The theme was a natural ally to Guardragons, but it never quite took off in the TCG in the same way that it did in the OCG. The deck's consistency issues kept it from strongly competing with Orcusts, Salamangreats, Sky Strikers, and Thunder Dragons. That changed with the F&L List, and new anti-backrow tech has helped Rokkets take on a new competitive perspective.

Rokket In Name, Guardragon At Heart
Shunping Xu's UDS-winning build ran eight Rokket monsters and the two copies of Absorouter Dragon for extra summoning power, but is it really a 'Rokket' deck?

Xu built around Striker Dragon, and by extension Boot Sector Launch, with a deck where 20% of the total Main Deck cards were Rokket Monsters. It's by no means an exact number, but playing too few Rokkets might make Striker Dragon useless, and playing too many loads the deck up with unnecessary Normal Summons.

DECKID=110504 Xu's build might not have prioritized the activated effects of Rokket monsters, and he certainly didn't build around the traditional Rokket playstyle, but he could still occasionally tap into the Rokket toolbox. Magnarokket Dragon and Silverrokket Dragon are arguably the two best 'traditional' Rokket monsters, and Xu played two copies of each for that reason.

Magnarokket's non-targeting monster removal is incredibly effective at dealing with monsters that are immune to targeting or destruction effects, and it makes the biggest impact up front. Silverrokket Dragon's a little trickier to play, but it can be even more devastating depending on the opponent's Extra Deck. Xu would get complete information about his opponent's Extra Deck every time he resolved Silverrokket, and he could easily cripple his opponent's strategy by banishing the right Link monster.

Of course, activating either Rokket requires a Link Monster. Xu had plenty of options, from on-theme choices like Striker Dragon and Quadborrel Dragon, to off-theme picks like Unchained Abomination and Beat Cop from the Underworld. Access to Rokket effects helped Xu solve his opponent's boards and interrupt combos in a variety of ways. That said, leveraging these effects wasn't Xu's win condition. His Rokkets were primarily used for Link Material, although there are plenty of situations where he might have used Rokket Tracer to fetch Magnarokket Dragon for a well-timed removal.

Getting Link Material to the field - Dragons, in this case - was as easy as Summoning Striker Dragon, searching Boot Sector Launch, and Summoning up to two Rokkets from the hand. Xu could easily convert a single Starliege Seyfert, or any other Level 4 or lower Dragon, into a field of three or more monsters. He had a huge number of options at his disposal for reaching his Guardragons and his biggest combos, and there's not enough room in this article to discuss them all.

We can, however, talk about the cards that made up his starting plays. The Rokket engine can result in a field of three monsters relatively easily, and their typing makes them perfect candidates for some of the best Link monsters in Xu's Extra Deck. 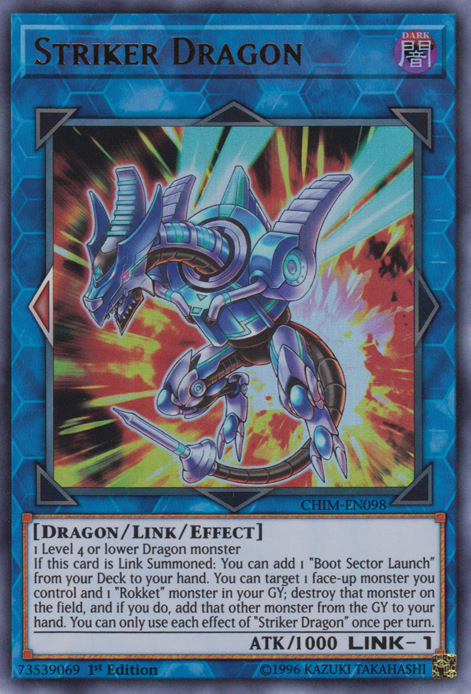 Xu could Normal Summon any of his Rokket monsters, then Link Summon Striker Dragon to get the ball rolling on his plays. Assuming Striker wasn't negated - and trust me, it's a magnet for effect negation - then Xu could grab Boot Sector Launch and resolve its effect to load up the field with more Rokkets from the hand. Rokket Tracer could then destroy the Field Spell to Summon another Rokket from the deck, but by doing so Xu would be locked into Dark Extra Deck monsters. Luckily the overwhelming majority of Xu's Extra Deck, including Guardragon Pisty and Guardragon Elpy, are all Dark anyways. Xu wouldn't need a Normal Summon to do any of the above. Quick Launch easily fulfills the conditions for Striker Dragon without burning a Normal Summon.

Xu would want to save his Normal Summons for Starliege Seyfert, which is arguably the best opener in the deck. Its first effect trades a Dragon, or multiple Dragons, for another from the deck. Xu could send a Level 4 Dragon for a Rokket monster, White Dragon Wyverburster, or Black Dragon Collapserpent, or exchange the Level 7 Fantastical Dragon Phantazmay for Absorouter Dragon or Destrudo the Lost Dragon's Frisson.

Seyfert's ability to search Collapserpent is incredibly useful for maintaining field presence while Link Summoning, and Xu could even afford to send Seyfert itself to the graveyard to grab Collapserpent. From there, Xu could Summon Collapserpent and use it to Link Summon Striker Dragon, ultimately searching both Boot Sector Launch and Wyverburster. Seyfert doubles its field presence in most situations without cannibalizing other cards like Rokket Tracer.

Extra Deck Powerhouses
Xu's Extra Deck had some fantastic Link and Synchro monsters with excellent interruption effects and synergy with the Rokket gimmick.

The typical Borrel family's here of course, with Borrelsword Dragon and Borrel Savage Dragon picking up the bulk of the deck's offensive and defensive needs, respectively. Quadborrel Dragon's another stepping stone towards the deck's Link-4s by destroying a Link monster anywhere on the field. It's a fantastic answer to your opponent's Link monsters, and Xu used Quadborrel to both break his opponent's boards and build his own simultaneously.

Speaking of stepping stones, Dilingerous Dragon's graveyard effect makes it a key piece in combos that end in big Link Monsters. It's effectively worth double the value of any other Link 2, at least towards further Link Summons, and that's incredibly useful in a deck that's trying to Summon Unchained Abomination or Borrelsword Dragon as soon as possible. 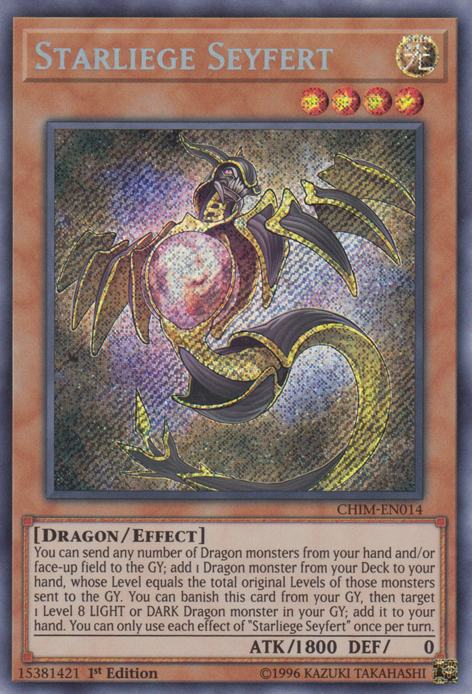 Unchained Abomination's a perfect fit for a deck that doesn't mind targeting its own cards with destruction effects. It's easily one of the best generic Link 4s in the game, but what allows it to excel here isn't its ability to help Rokket monsters activate their effects. It's actually just the opposite: Rokket Tracer's the ideal card to repeatedly trigger Abomination's first effect. A field of Unchained Abomination and Rokket Tracer might not be terribly intimidating at first, but Xu's field position would only continue to grow thanks to Tracer, while Abomination offered as many as three removal effects over the course of his opponent's turn.

The deck's access to Level 8 Synchros, Link-4s, Rokket Main Deck effects, Guardragons, and Chaos Dragon Levianeer gives it an impressive suite of cards effects to draw from. Xu's Main Deck Cosmic Cyclone helped him answer the few cards that his monsters were powerless against, and his Side Deck further prioritized backrow removal with Red Reboot and Lightning Storm.

Xu bet everything on Summoning his Extra Deck monsters and steamrolling his opponent's defenses, and that bet paid off with a UDS Invitational win. It's clear evidence that this strategy has a significant competitive edge this format, and it's potentially much better than the alternative Link-heavy strategies that were hyped up just a few weeks ago. Time will tell if it actually has real staying power this format.