I'm a sucker for anime cards, specifically those played by any of Yu-Gi-Oh's big protagonists. Yuya from Zexal was easily the most forgettable of the bunch for my tastes, but I have a massively strong affinity for some of his cards, most specifically the Gagaga family. Yuya's themes – if you can really call them that – are often really just archetypes in name only; the cards often don't work well within their own deck.

For example, I have no idea what the Zubaba theme's supposed to accomplish. I guess Zubaba General's cool, and at one point in my dueling career I did attach a Gate Guardian to it, but that's hardly on brand for… well, anything. The coolest thing I ever did with Zubaba cards was entirely off the radar for how they were supposed to be played. You can't help but feel a little mixed when that's all a character's cards really do.

Lunalights have been regarded as a consistent strategy ever since they won YCS Ft. Worth, and I'm pretty sure Onomatopaira was used by a grand totalof nine people before Onomatopickup arrived in Legendary Duelist: Magical Hero. But when you combine them together as Michale Campos did at the UDS Invitational last weekend in Tulsa, they create a powerful and deadly combo. Check out what he put together!

DECKID=110506 It feels like I'm living in the past seeing Evilswarm Exciton Knight proudly back in an Extra Deck!

Congrats to Michael Campos and his Top 8 finish at the UDS Invitational in Oklahoma of all places. Typically we see more rogue decks like this one at Regional Qualifiers events, but becoming one of the last duelists left standing at a UDS is no easy feat. Will we see decks like this more in future tournaments? That's a tough call, but for now let's talk about how it works.

More Rank 4? For Sure!
Without Lunalight monsters like Lunalight Panther Dancer, it may feel a bit disingenuous to call a build like this a Lunalight deck, but the nomenclature's deserved if you place the emphasis on the source of deck's power – it all comes from a few core Lunalight cards. Lunalight Kaleido Chick and Lunalight Emerald Bird provide the strategy with some consistency and nuance, but Lunalight Yellow Marten and Lunalight Tiger are the main course.

Lunalight Tiger revives a Lunalight monster from the graveyard while Lunalight Yellow Marten bounces that Tiger to double down on revivals, letting you field a total of three Lunaights from your yard. And since Luna Light Perfume both revives and searches Lunalights, you consistently unlock a revolving door of recursion plays.

That's not perfect because you do need some set-up before everything gets into motion, and Lunalight Tiger's prone to spell and trap destruction. But you can't ignore how solid the strategy is wonder it gets going. Take a look at Campos' Extra Deck; it's full of Rank 4 Xyz, ensuring your revived Lunalight Yellow Marten won't ever get banished by its drawback effect. It's a good place to start, right?

But onto the real meat of the game plan: let's turn to the curious decision to run Onomatopickup. It's one of the cards that I've been looking forward to for ages, but I never thought it would make an impact right away so early after its release. You use it to search Onomatopaira as soon as it hits play, which in turn searches two monsters of the Dododo, Zubababa, Gogogo, and Gagaga family. If you're unfamiliar with those monsters, yes, those are "reach" types of cards, and I love them.

It helps that we finally got some good cards from those themes that work on a more general basis, instead of just niche situations. For starters, Utopic Onomatopeia from Duel Power always counts as a member of those four families of cards, so it's always searchable no matter what second card you search with Onomatopaira. And why is that good? 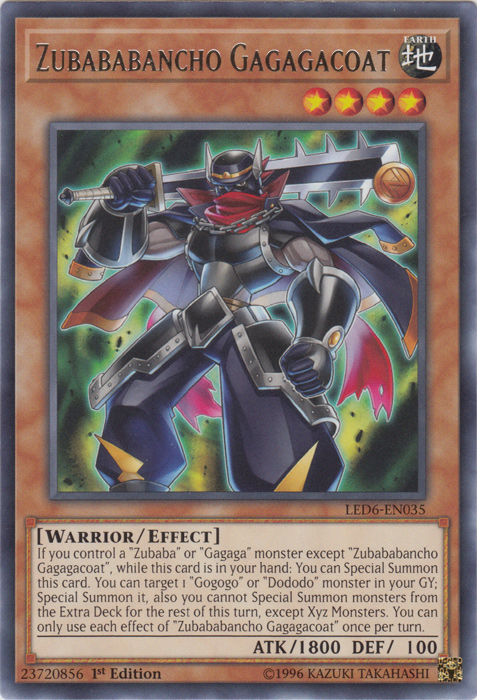 Because both Zubababancho Gagagacoat and Dodododwarf Gogogoglove cover all four naming conventions while also getting you free revivals. Gagagacoat revives Utopic Onomatopeia, then Gogogoglove comes back from the graveyard as well. As long as you stack them to summon Xyz monsters you won't have to banish them, and you'll have more resources to rely on for the following turns.

So what does that all amount to. Take a look at the deck a bit further and you'll notice just how easily the strategy churns out Rank 4s and keeps them coming back. Fire Formation - Tenki? Your Lunalights are easier to search. Raid Raptor - Force Strix? The perfect way to add more fuel to the fire via Blackwing - Zephyros the Elite. And that card can bounce your Tiger for even more Rank 4 plays, compounding to create rolling momentum turn after turn.

But the ultimate "combo" in this strategy's actually pretty simple. Since the deck has consistent ways to make Rank 4s and easily pushes through a hand trap or two, Number 39: Utopia Double is almost always live. If your opponent has something on the field with puny enough ATK numbers that you can take advantage, Number 39: Utopia combined with Double or Nothing! is a game ender.

Heart Of The Cards!
The ability to make recursive Rank 4s at all stages of the game isn't something you should underesttimate, but Campos' deck also benefits from spamming monsters in general. You're not forced to play Rank 4s alone, those just happen to be the easiest option the majority of the time.

Beyond the smattering of hand traps, namely Ash Blossom & Joyous Spring and PSY-Framegear Gamma, the deck doesn't pack many ways to counter your opponent's moves. Sure, the Side Deck packs a generic base of removal that gives broad coverage over the array of decks you're likely to see in a competitive tournament. But what's most jarring about this deck is Magicians' Souls. I've largely ignored Souls when I've been making budget decks lately, because it's consistently over 100 dollars on the secondary market, but it really offers a unique boost to Lunalight decks, something I overlooked.

You can place Magicians' Souls on the field by sending Apprentice Illusion Magician to the graveyard, but that's not the pivotal part of the equation. Instead, the extra value in this strategy comes from how it lets you cycle spells and traps similar to a one-sided Hand Destruction.

That's actually really good here because you'll eventually want or need to send so many cards from your hand to the graveyard! Luna Light Perfume and Lunalight Serenade Dance are obvious examples, having as much or more utility when they hit the yard. But consider all the redundant cards you're "forced" to run to make the deck consistent, too. 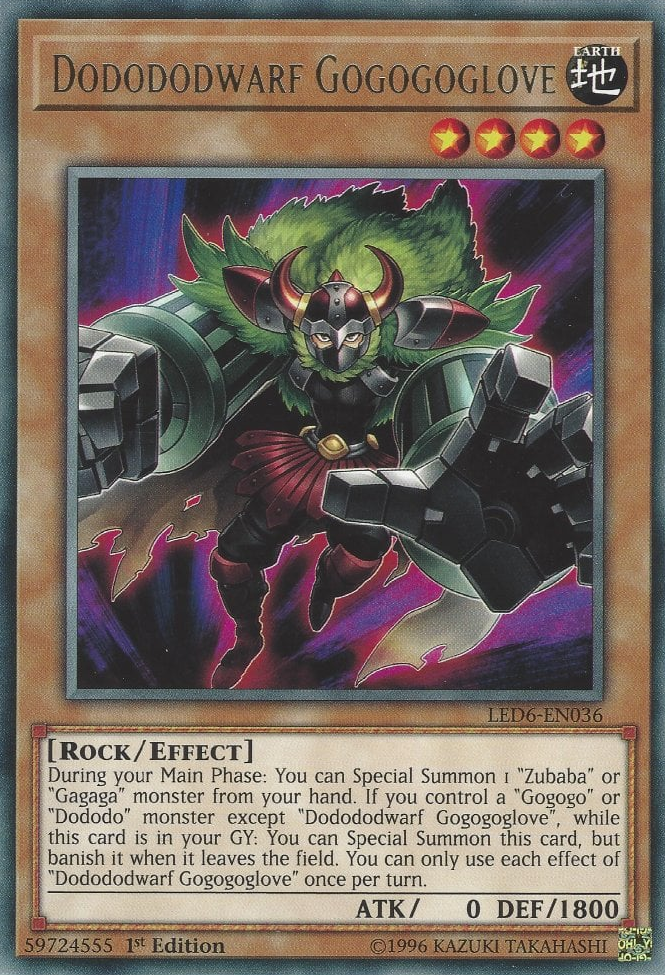 I've touted the reliability and recursion of the Onomatopaira and Lunalight engines, sure, but that consistency comes with the drawback of playing so many cards that just don't work well when you draw them in clumps. Foolish Burial Goods carries a once-per-turn limitation, and a second Onomatopickup won't do you any good either. What about a Called by the Grave when your opponent has no hand traps or a used up Fire Formation - Tenki? You can see how things start to unfold over the course of an eight or nine round tournament.

Those cards are all fodder for Magicians' Souls, bringing more consistency in a way that's unmatched in this deck. Card Destruction, Hand Destruction, even the Danger! monsters don't work as well as Magicians' Souls do for that purpose, at least not here. Understanding how to manage those opportunities to make the most of your dead cards is key to playing this deck successfully.