It's pretty common knowledge that for all its bright, colorful whimsy, the world of Pokémon is home to some darker undertones. Yes, it's a game primarily designed for children, but its rich folklore features borrowed influences from traditional Japanese culture, meant to spook both kids and adults alike. We've spent a lot of time lately unpacking the macabre character designs of various specific Pokémon, but not so much on the bigger storyline. While not all strictly canon according to the game makers, these 3 theories bring another layer of flavor to the Pokémon universe.

Without further ado, let's dig into this big old bowl of creepypasta!

I'll admit, at this point, the Kanto War is more unofficial canon than creepypasta, but that's only because Pokémon fans have really done their homework on it. As you'll soon find, there's definitely more than enough evidence to conclude that there's something fishy about Kanto.

For starters, there's a noticeable absence of middle-aged adults in the region of Kanto. Not too weird for a kid's game, you might argue—but Pokémon isn't a children's game entirely populated by children. In addition to a plethora of other kids, teenagers and elderly adults make regular appearances in the gameplay. What it really boils down to is a lack of parents.

Perhaps most convincingly, the Generation I games make it pretty clear that Red's father is not in the picture (10 year old Ash is accepted by his mother as the 'man of the house'), while Blue doesn't seem to have parents at all. Between the young and the old, there's a conspicuously absent middle-aged generation. So what happened to them? The answer, most fans agree, is a war.

Now, this war is alluded to in passing, but never fully discussed outright. It's possible that the people of Kanto are simply trying to move on, and doing their best not to dwell on the violence of the recent past. Maybe they lost. The outcome is anyone's guess. Regardless, our protagonist Ash Ketchum is probably a typical blissfully ignorant 10-year-old, with little understanding of war and politics. His limited worldview means that we never quite get the full story.

Moving beyond population demographics, Kanto's environment also highlights characteristics of a post-war society. Its ten different towns and cities feature a distinct lack of kid-friendly hangouts and entertainment such as movie theaters or playgrounds, contrasted with an abundance of training gyms, hospitals, and...underground tunnels? Some fans theorize that this vast subterranean network was used by Kanto's inhabitants as a secret wartime hideaway, or even a bomb shelter.

All in all, it's a line from Vermilion City's gym leader, Lieutenant Surge, that really clinches the Kanto War argument. 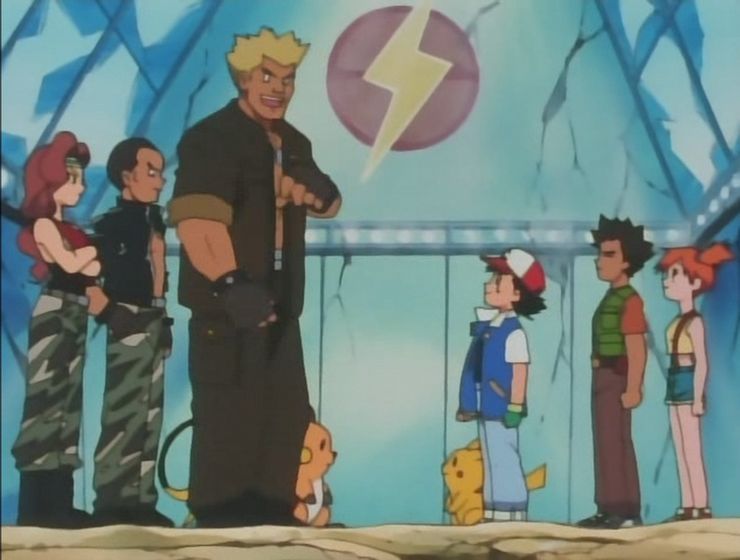 "You won't live long in combat! That's for sure!
I tell you what kid, electric Pokémon saved me during the war!"

This grizzled veteran is urging players—AKA kids—to take their training and battles seriously, because he's seen the horrors of war and lived to tell the tale. Others, it seems, weren't so lucky.

Buckle up for this next theory, which isn't QUITE as cliche as Hollywood's 'the main character has been dead all along!'...but it's close. There's a strange amount of evidence to support the idea that Ash Ketchum, beloved Pokémon anime protagonist, is actually in a coma, and his zany adventures represent a mental, rather than physical, journey.

It all starts with a fateful lightning strike in Episode 1. After angering a flock of Spearows, Ash and Pikachu make a mad dash to escape, diving down a waterfall, stealing and crashing a bike, and ultimately getting struck by lightning at their final confrontation. One moment Ash is bravely facing standing his ground against the incoming swarm, and the next, he's lightning-zapped into unconsciousness by way of Pikachu's Thunder Shock. 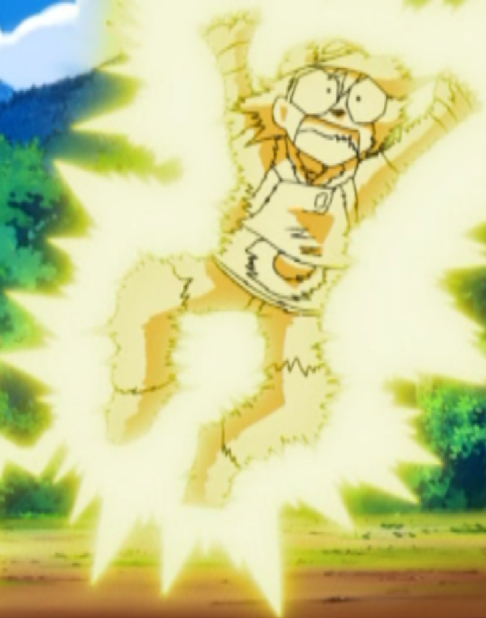 Exhibit A: The aforementioned lightning-zapping.

We're made to believe that Ash and Pikachu awaken from their unconsciousness mere moments later, to sunny skies and a mysterious golden bird soaring overhead. However, not all fans are buying it. All of Ash's injuries in quick succession must add up to SOME kind of medical consequence. A concussion and coma would be wholly reasonable. 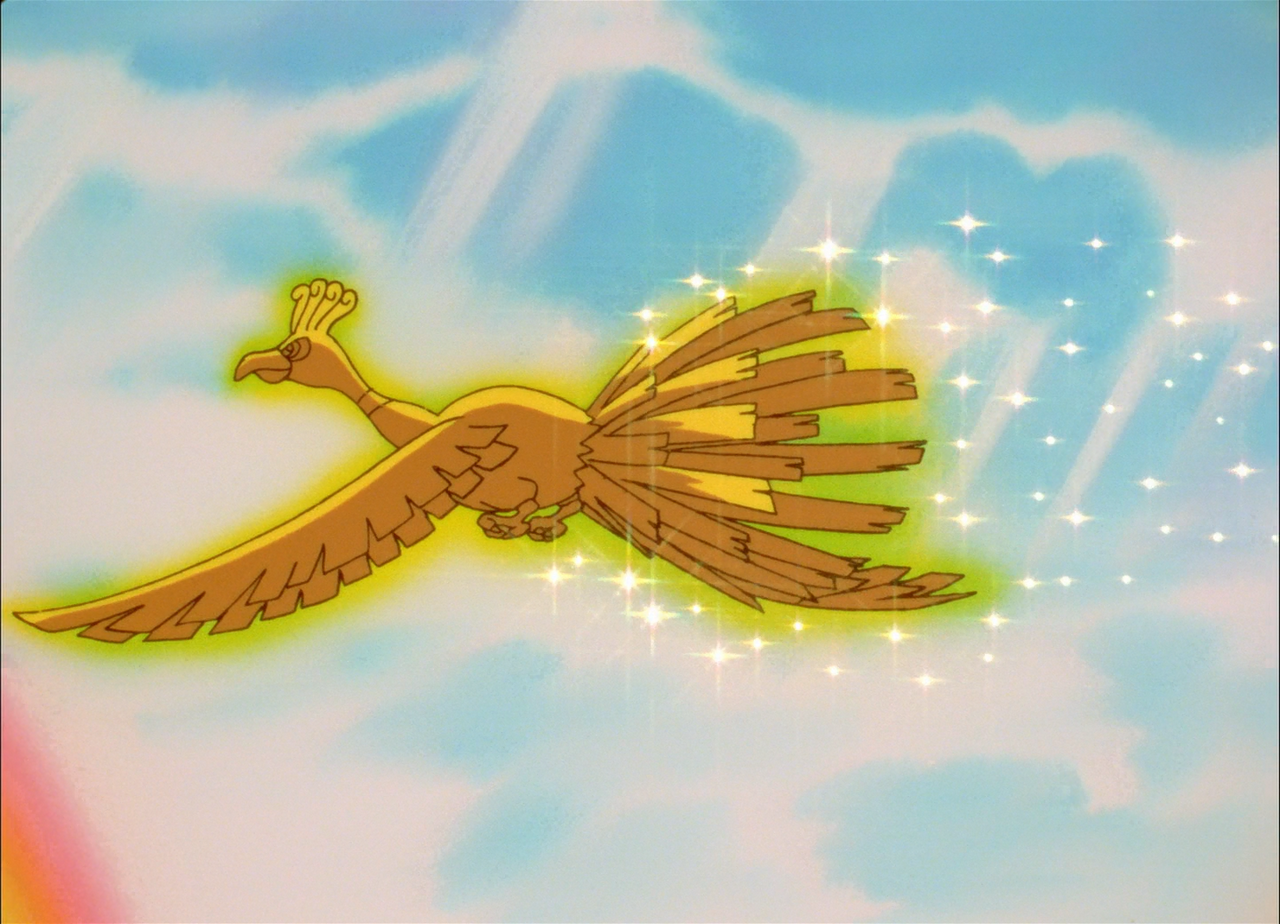 If this isn't a hallucination, I don't know what is.

Everything following the incident feels a little bit wonky. Following his accident, Ash develops a noticeable aversion to riding a bike—and yet we go on to witness him traveling vast distances on his epic journey, all over the land. Alone. How is he getting around? Is walking all that way really plausible?

Digging through the data for this popular fan theory, we uncover more compelling arguments. Ash is presented as one of the best Pokémon trainers in the entire world, but with no real training to back it up. Despite his lengthy resume of Pokémon conquests, no one has ever heard of Ash, no matter where he goes. Ash never ages.

We've already established in the Kanto War theory that the parents are probably dead. Nevertheless, I ask...where is the adult supervision? Aren't there any other responsible grownups in this universe? "Well, sure", you might reassure me. "There are nurses and police officers." 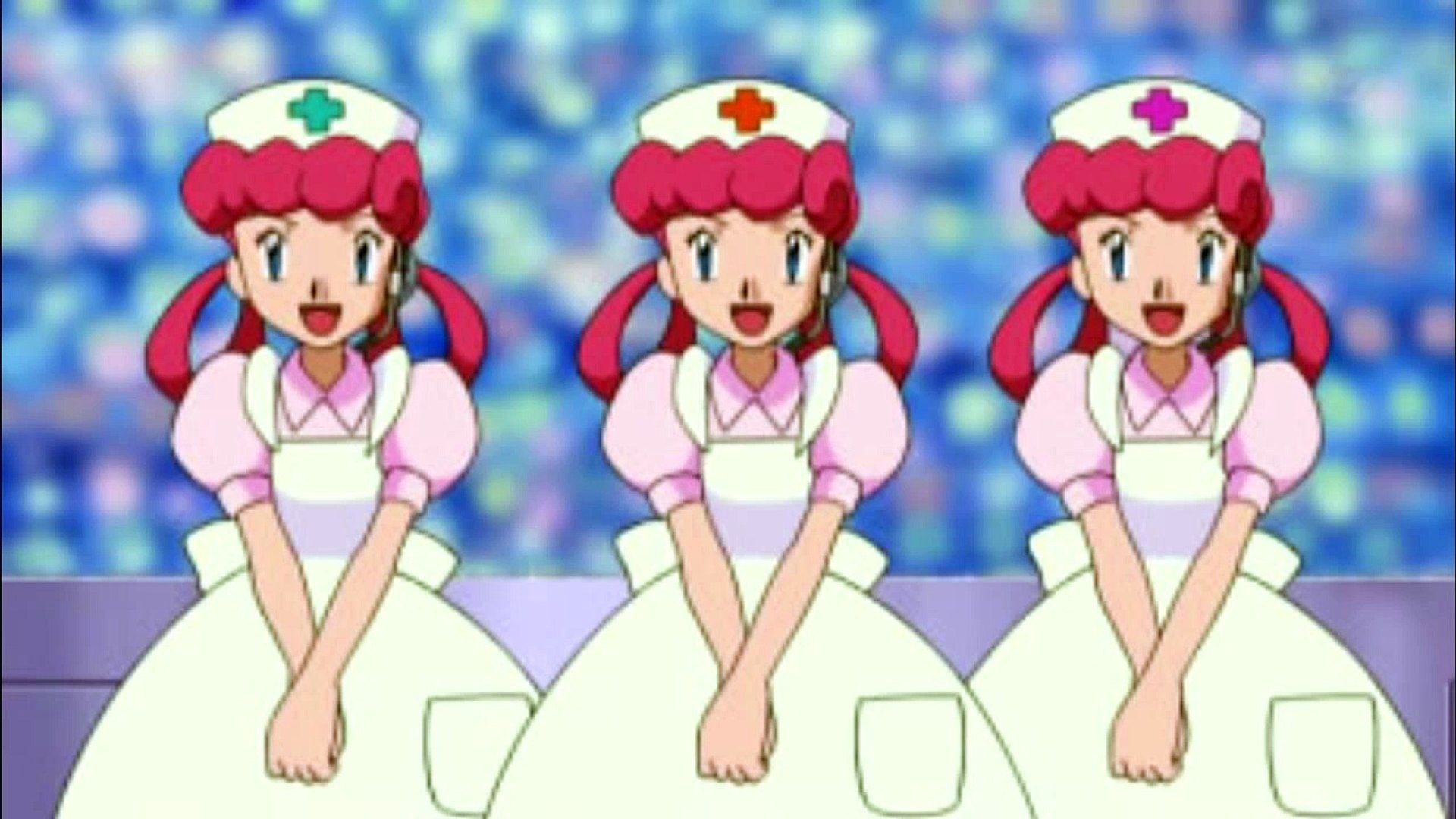 I have a lot of things to say about this picture, and not one of them is reassuring.

There sure are. And they appear exactly the same in every single town Ash visits. (The different-colored hospital cap emblems don't count as character differentiation, okay, they just don't.) Later anime episodes make the bold claim that "Nurse Joy" is a family name, but I remain skeptical.

Personally, I find it easier to believe that Ash is populating his unconscious ramblings with mental images of people he's actually seen—including the singular Nurse Joy—and reusing them when necessary, rather than the inexplicable alternative of cloned public servants throughout the entire land.

Ah, Lavender Town. This list would not be complete without taking a trip to, hands down, Pokémon's creepiest creation. For those of you who have heard all the stories before, here's a fun little reminder of what we're dealing with—enjoy the tinny, unsettling sounds of this purple-tinged city's original Japanese soundtrack.

For the rest of you...allow me to explain. Lavender Town is a spooky little settlement in the Kanto region, boasting the presence of fun attractions such as psychic trainers, ghost sightings, an orphanage of sorts for abandoned Pokémon, and a seven-story graveyard tower full of dead Pokémon. 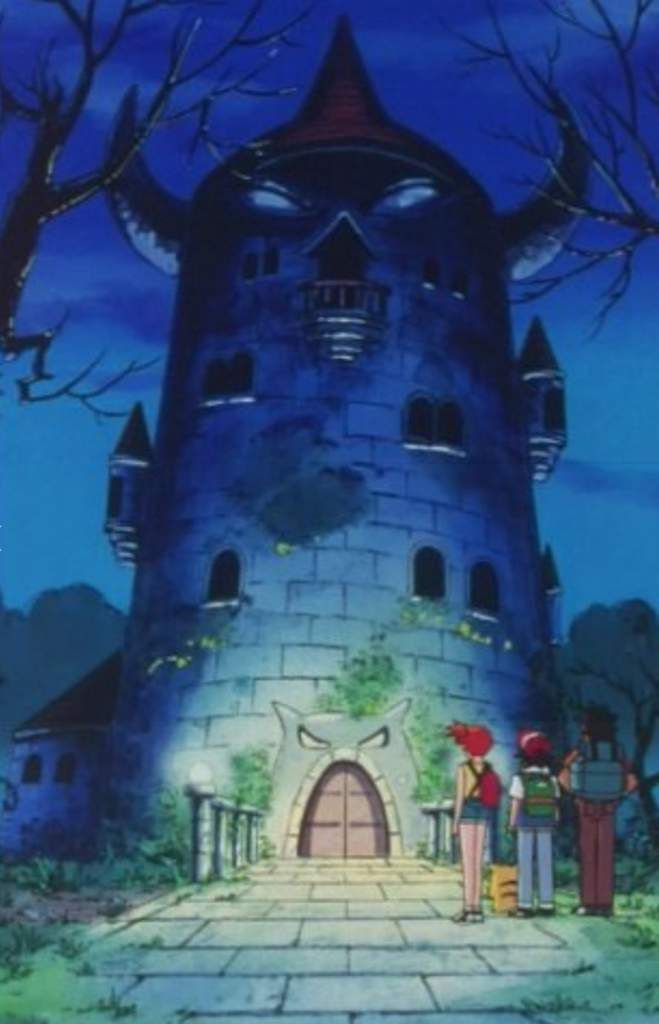 Are we having fun yet, kids?

Its inhabitants are noted for having a strong spiritual connection to the dead, regularly attending 'services' and issuing 'prayers' of protection for Pokémon. 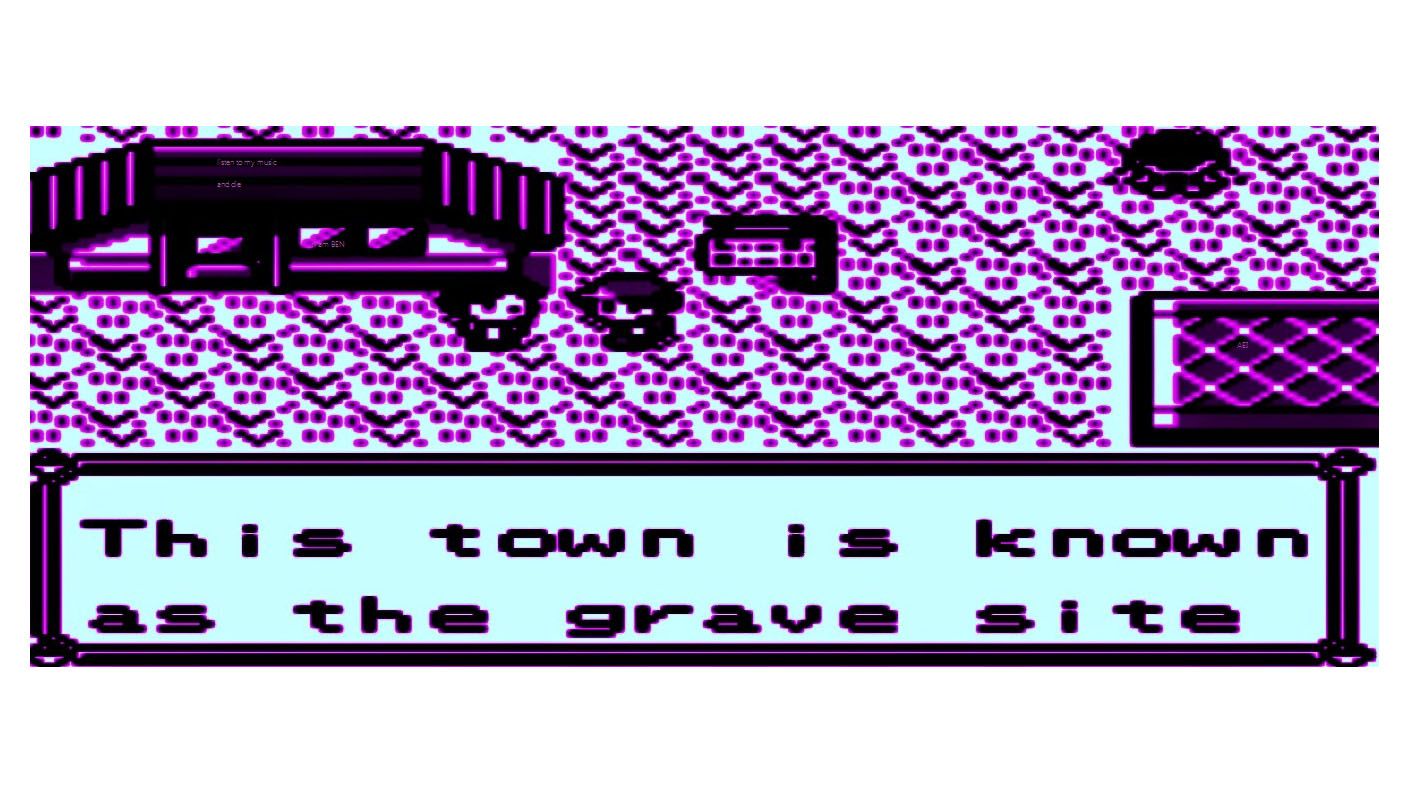 Now that I've set the scene, so to speak, we can move on to the meat of this creepypasta. There are about 10 years' worth of rumors about the notorious 'Lavender Tone', which can be summed up thusly: believers claim that Lavender Town's music in Japan's 1996 release of Pokémon Red and Green prompted an upswing in physical harm among children, ranging from headaches, nausea and insomnia to several hundred cases of suicide.

While there's little (translation: zero) factual evidence to support the death-related aspect of this urban legend, I have no problem whatsoever believing in widespread feelings of unwellness amongst the game's target audience. Kids are impressionable little sponges, mass suggestion is a very real thing, and every single element of Lavender Town is working together to set a tone. And that tone is death.

The most interesting part of the entire Lavender Town controversy, to me, is that Pokémon composer Junichi Masuda made a deliberate effort to cheer up Lavender Town's musical accompaniment in subsequent game releases (namely, Gold, Silver, and Crystal). Was this regular old artistic experimentation, or a hasty response to public backlash? We'll probably never know, but it's certainly fun to speculate.

Say what you will about the Pokémon universe, but it certainly knows how to keep us guessing. After all, what's a fun-filled children's adventure without constant reminders of mortality?