You may think when looking at the title of this article I'm referring to whether the world will fall apart because of the coronavirus, but I am not. This is in reference to a Magic card you all know and love—that's right, Embercleave!

Do you still believe in the Cleave? Today I'm diving back into Mono-Red Aggro.

This Is the Perfect Time to Play Mono-Red

There has never been a better opportunity in the current Standard format to be playing Mono-Red. Let's go down the path this Standard format has taken so that I can explain why this is the case.

The first version of the format was the World Championship. At Worlds there were not that many different decks, and only one aggro deck, Mono-Red. This created a big target on Mono-Red's head. Players were building their decks to specifically beat Mono-Red, because they could afford to do so. 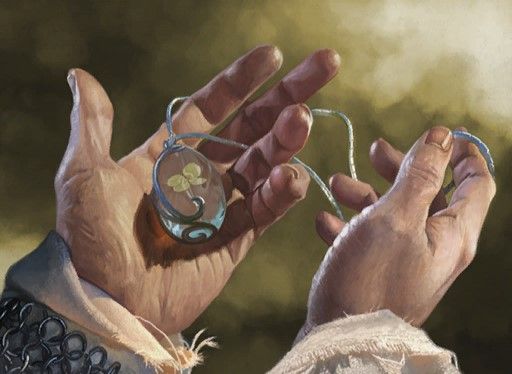 So, what happened after Worlds? The next phase was the most challenging for Mono-Red because we saw new decks emerging like Temur Adventures that were geared toward beating Mono-Red Aggro, and players started picking up Jeskai Fires more because it has a decent matchup against Mono-Red. The decks that did not have a good matchup against Mono-Red like Temur Reclamation lost popularity. This made Mono-Red a tough deck to play about a month ago, because that was when the format was most hateful toward it.

Let's skip now to the current format. The Temur Adventure deck has now lost its popularity, while Temur Reclamation has been recovering. Decks like Sultai Midrange and ramp decks are popular now, all of which are good matchups for Mono-Red. Rakdos Sacrifice is another new strategy that has surged in popularity, and it might even be the most popular deck right now. Rakdos is not a good matchup, but it is far from unwinnable as many people seem to claim. I have been beating it with my latest list of Mono-Red.

The key is to fact check. Most players think Mono-Red Aggro is dead. This is crazy for me to hear, as my run on Arena has given me a 95% win rate with the deck over the past few days. My plan wasn't to write about this deck again, as I have covered it in depth in previous articles, but it feels like players need a reminder to play red. There was never a better time to pick up the deck.

When looking over the list you will likely notice it is the same maindeck that I have always been playing. If it isn't broke, then don't fix it. Game ones are this deck's strength, and I simply haven't found a need to make changes. There are players who play lower-to-the-ground versions with cards like Tin Street Dodger to be even more aggressive. This wouldn't be something I recommend; you are giving up power by doing this.

Other questions I often receive are whether to play four Embercleave, Tibalts in the maindeck, or cut Rimrock Knight. My answer is always "no." Playing four Embercleaves makes the prospect of potentially drawing two too high. It is the most powerful card in the deck, but there is such a thing as too much of a good thing. As for Tibalt, Rakish Instigator, it is a good card, and I do have one in the sideboard, but in my opinion it isn't good enough to warrant replacing anything in the maindeck. Rimrock Knight is an extremely important way to force through damage as well as being a Knight to go alongside Fervent Champion. It may seem underpowered on the surface, but it is important to the deck.

This deck wants draws that offer an aggressive start and finish off the opponent quickly, and it gets them. These are the traditional Mono-Red Aggro draws. However, you also want to have a plan if the game does go past turn five. By playing a bunch of adventure creatures alongside Light Up the Stage, the deck has more to do with its mana later in the game compared to other versions of the deck, which allows you to get through board stalls.

The most annoying card in the format for Mono-Red is Lovestruck Beast, but having access to Rimrock Knight means you can try to attack through it. Also, the sideboard plan allows us to shift gears in many matchups and try to play a longer game, because of Experimental Frenzy.

The sideboard is the place you have room to maneuver based on the current state of the metagame. Rather than going through a matchup-by-matchup breakdown like I did in my last article on Mono-Red, I will be talking about each card, and then specifically how to play against Rakdos Sacrifice. As of right now, the sideboard is geared toward beating Rakdos Sacrifice. Notice the absence of cards like Redcap Melee and Fry that used to be in the deck. The matchups where those cards are good have lost popularity in the metagame.

4 Unchained Berserker - This is an incredibly important sideboard card, and I still want the maximum number of copies.

There are versions that play three or even two copies of Unchained Berserker, but this is probably the card I bring in most often. Jeskai Fires and Bant Ramp are still quite popular. We want this card against Teferi, Time Raveler decks, especially since those decks can lean on cards like Devout Decree after sideboard which Unchained Berserker also gets around. Being able to play this into a Deafening Clarion is a big deal. Even though by having this you are more or less just upgrading a two-drop already in the deck, that is still worth it.

2 Chandra, Acolyte of Flame - Chandra is still my favorite three-mana planeswalker, as a way to upgrade your Bonecrusher Giants in matchups where the opponent won't have many small creatures. Chandra on an empty board is extremely strong, and provides another way to get around sweeper effects. After sideboard you are surprisingly not that vulnerable to cards like Shatter the Sky. Chandra provides really nice pressure, and then works nicely alongside cards like Castle Embereth, Torbran, Thane of Red Fell and Embercleave to quickly finish off the opponent.

1 Tibalt, Rakish Instigator - Tibalt occupies an unusual space in the deck. It's not Chandra. Chandra is able to put fast pressure on the opponent, while not being at all vulnerable to creature removal. Tibalt on the other hand is not quick pressure, and the Devil tokens can get bounced by an opposing Teferi, Time Raveler. Of course, denying the opponent life gain can come up, the question is how important that is. The Devils are especially good if you are able to get Torbran, Thane of Red Fell out. Tibalt can get sideboarded in against a ton of different decks, but it is rarely going to be an absolute all-star.

I think the card is fine, and am playing one here, but am not as hyped about it as some others are.

3 Scorching Dragonfire - This is a new addition to the sideboard and essentially occupies the Lava Coil slot. The question is which one is better.

1 Lava Coil - Having one copy of Lava Coil still is a bit of an edge. The key is having ways to exile creatures against the mirror and Rakdos. I'm still trying to figure out how to squeeze another removal spell into the list, since they do work well alongside your Experimental Frenzy plan.

2 Embereth Shieldbreaker - Witch's Oven and Lucky Clover are not your friends. There will be plenty of spots where you can't use the adventure part of the card, but that's the sacrifice that must be made. The artifacts in the format happen to be very scary for Mono-Red.

2 Experimental Frenzy - This is the card that is going to raise the most eyebrows.

We aren't a burn-based deck, which is why Experimental Frenzy got cut by many, and it is certainly not the card it was in older Mono-Red builds. It does have a place here, however. Experimental Frenzy is good in drawn out games, which means it goes well when packaged with removal. On an empty board if you play an Experimental Frenzy and it stays in play, you will win.

I want to go over this matchup specifically, because it is likely the most important one in order to succeed playing Mono-Red right now. Remember that Rakdos cannot deal with Experimental Frenzy once in play. If you are able to set up a situation where you trade some removal back and forth, and then clean up with Experimental Frenzy, that is perfect.

This sideboard plan may seem extremely counter-intuitive. It appears on the surface we are cutting all the best card cards in the deck, which is true. However, this is about knowing the matchup. Anax, Hardened in the Forge matches up incredibly poorly versus Claim the Firstborn. Not only do you have to invest three mana into a creature that will die, but your opponent also will get tokens. Notably, Rakdos brings in Scorching Dragonfire a lot of the time, so Anax is more vulnerable after sideboard. The planeswalkers like Tibalt and Chandra are more difficult to deal with than Anax.

Embercleave is also not a part of your plan to grind the opponent out. In fact, there are times when you can't Embercleave for lethal, and then the opponent lethals you back by taking your Embercleaved creature with Claim the Firstborn. We don't want to do the work for them. The idea after sideboard is to set up removal spells to hopefully answer Mayhem Devil and Woe Strider, and settle in for a longer, more prolonged game. Of course, you can flood/screw as with every matchup, but I do believe this is a game plan that can work.