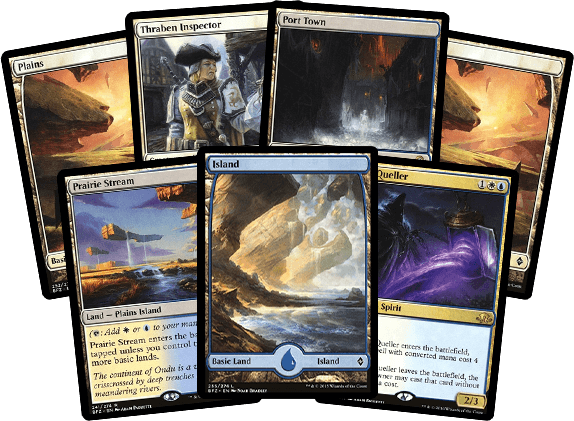 Is this a keep or a mulligan?

If you answered keep, you're wrong. Ditto for mulligan. The correct response was actually "there is not enough information to answer the question." I know, I know. That's some SAT level of question trickery, but there's a reason. Too often, players think about mulligan decisions as a property that collections of seven (or less) cards inherently possess. Whenever I get a hand that looks like this, I keep it, and whenever I get a hand that looks like that, I send it back. Seven cards alone do not a mulligan make – to make the best possible mulligan decisions, factors aside from just the cards in our hand must be considered.

A consequence of this fact is that sometimes you will find yourself shipping a hand identical to one you kept earlier and you will believe that you were correct in both instances. I call this idea "dynamic mulliganing," after the truth that the exact same cards can change from a keep to a mulligan under certain circumstances. Today, I'm going to discuss some of the things besides card names you should be cognizant of when deciding to keep or mulligan.

The first time a Magic player takes the question "Should I keep this hand?" and adds "on the draw" to it, they have achieved a level-up. However, beginning to think about mulligan decisions in conjunction with being on the play/draw does not guarantee getting it right. Indeed, the most common way players utilize play/draw status is to justify their greedy keeps with the knowledge that they will have an extra card to attempt to fix their hand with.

This is a hand I think most of us would have an easy time shipping when on the play, but it's also the kind of hand that tends to trap players when on the draw. That extra card just makes all these great cards seem so much more tempting. After all, the hand just needs a black source to function and two to excel. But when you don't get there you are dead in the water – this hand is a mulligan.

In general, on the draw you want to mulligan more aggressively than you would on the play. Being on the draw in Magic is an inherently disadvantaged position. No one disputes that by and large the tempo advantage of the play is more important than the card advantage of the draw. To minimize the disadvantage of going second, it's important to have a hand that competes well on the tempo axis. A slow hand on the draw is essentially a death sentence. The good news is that the extra card you get for playing second effectively lowers the cost of a mulligan, as you will feel the impact of being down a card less. It's the classic pizza argument: would you rather give away a slice of a pizza that's cut into eight pieces, or one from a pizza cut into four pieces? All in all, on the draw mulligans are both more critical and less costly, which makes for an easy equation to solve.

Before moving on, it's important to look at the exceptions to the idea that we should mulligan more aggressively on the draw. What I want to discuss is even an exception to the idea that you shouldn't use being on the draw to justify greedy hands. Hands that are overpoweringly good when they hit are often a defensible keep when on the draw. It's a numbers game – if you look down at a hand that you believe can't possibly lose if it draws its third land by turn three, you keep if the odds of hitting that third land are greater than your win percentage with a mulligan. On the draw, they often are. The key is making sure the hand truly is good enough to justify the "can't lose" moniker you are giving it. Using this logic to justify a hand that is merely above average if it hits is a poor play that will cost you.

Soon, our burgeoning competitive Magic player will be asking questions like "Should I keep this hand on the draw against White-Blue Flash?" The matchup you find yourself in plays a huge role in the hands that you should keep. The base level here is that the cards in your hand are worth different amounts depending on the opposing deck. For instance, Grasp of Darkness is excellent out of Black-Green Delirium against White-Blue Flash but completely worthless against any sort of control strategy.

Of course, this kind of thinking is relatively hard to leverage. Most of the time you will be playing blind in game one, and by the time you get to game two all the completely terrible cards should be safely tucked away in your sideboard. So we don't often have our mulligans influenced by cards that are awful in a matchup – but we will often have to consider how the presence or absence of very good cards affects our mulligans. In general, sideboard cards are worth more to your win percentage than normal cards. They are chosen for their ability to powerfully influence games. In older formats, not drawing specific hate cards can be a good reason to mulligan otherwise serviceable hands. In Standard, it is rare that any card is that powerful but sideboard cards can still often cause you to keep somewhat shaky hands that contain them. 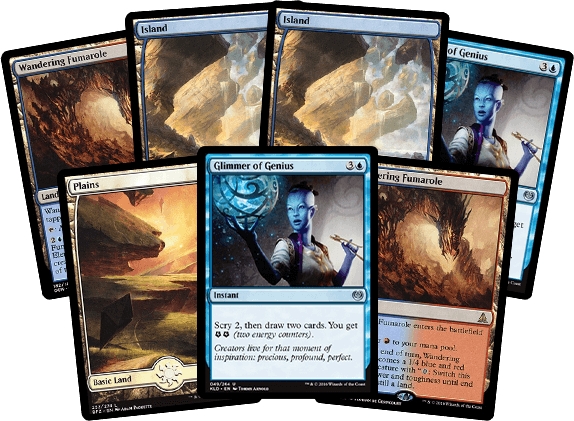 It's worth devoting a little time to how to approach blind mulligans. Often, you will be dealt a hand that is fantastic in certain matchups and atrocious in others and be very unsure if you are supposed to keep. The times you keep and they are playing the nightmare matchup feel terrible, and bias us towards shipping these polarized hands. My thinking is that these hands are typically supposed to be kept, as otherwise we are vomiting our equity by committing to more mulligans than we ought. This assumes the sides aren't wildly imbalanced – if the hand is gold in exactly one matchup and completely terrible everywhere else, please feel free to ship it. Our previous example is one such wildly imbalanced situation – our opponent needs to be on exactly control for us to have a chance, and we should ship that hand back in the dark.

But these mulligan influences that aren't the actual cards in our hand don't only exist in a vacuum. They often interact with each other in interesting ways. Let's look at a case study: you are piloting Delirium against Flash. Your-seven card hand game one (you're buddies, so you know what he's on before game one) is Forest, Swamp, Grim Flayer, Mindwrack Demon, Blooming Marsh, Noxious Gearhulk, and Ruinous Path. This is a hand that is much more attractive on the play than the draw, and the reason why is matchup specific. Grim Flayer is a very strong card for Delirium in this matchup, but it is much better on the play than the draw simply due to how the interaction with Reflector Mage plays out. On the play, Grim Flayer can connect before Reflector Mage bounces it. On the draw, things do not line up so nicely. As such, I would be more inclined to keep this hand when playing first.

Here's where things really start to get fun. Scroll up to the beginning of this article and look again at the sample hand I led with. Now I will tell you that you are on the play against Delirium. Is it a keep or a mulligan? If your answer was that you still don't have enough information, you are right and have figured me out. In the abstract, this is a very weak hand for Flash, which is prone to flooding and will mulligan its five-land hands almost all the time. Being on the play doesn't change much here, nor does our opponent being on Delirium. What else is there?

Consider that this is a post-board game, and your board plan in the Delirium matchup involves going up from four five-drops to seven, supplementing your copies of Archangel Avacyn with two copies of Jace, Unraveler of Secrets and a copy of Skysovereign, Consul Flagship. Three cards may not seem like much, but this represents a drastic increase in your curve. When increasing their curve post-board, players will occasionally board in an additional land. Sometimes, however, you want to raise the curve, but not by enough to justify another land. Another tool at your disposal to balance things out is your mulligans.

By increasing how you value land-heavy hands in post-board games you can support moderately raising your curve without devoting sideboard space to a land. This sounds simple, but is something that is incredibly easy to overlook. That sample hand is a mulligan 100% of the time in game one with a stock Flash list, but post-board on the play against Delirium I have kept similar hands many times. The same idea applies when you lower your curve in post-board games; you should become more willing to mulligan land-heavy hands as your risk of flooding has increased.

But it's not only changing your curve that can affect your mulligans. Post-board, your posturing in a matchup almost always changes. Posture here just means your overall approach to the matchup – are you the beatdown or not? Sideboarding almost always slows down the pace of a matchup due to increased availability of interaction to both players, and this fact ensures that both pilots' postures will shift at least a little. For instance, aggressive postures are not quite as aggressive post-board as they were since pilots must account for the greater likelihood of being slowed down. Even minor changes in your deck's plan of attack post-board should be factored into your mulligan decisions.

If you take anything away from this article, let it be to not let your mulligan decisions go on autopilot. This is not an exhaustive list of factors you should be thinking about, nor is it even a complete list of the way the discussed factors influence your mulligans. The key is that these are things you should be thinking about. It is extremely easy to fall into a trap of pattern recognition where you throw hands into buckets of keep and mulligan based only on what they look like and fail to account for the unique circumstances you find them in. Don't let that be you.