Never mind the wonky ears or forked tail — for all intents and purposes (translation: because I said so), Espeon is a cat. A beadazzled, lilac-colored cat. As such, I'll be ranking this feline Pokemon by its appeal as a prospective snuggle buddy.

Time to cozy up to this cat-like creature! 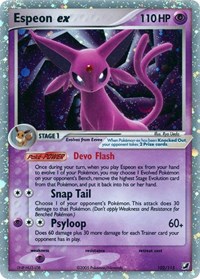 Every single element of this Espeon makes me want to back away slowly — pretty much the opposite of cuddling. 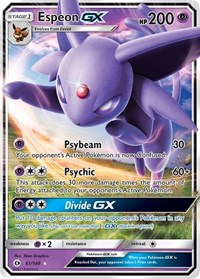 Our cuddle contestant here is leaping through the card frame and coming for my life. That's my exit cue. 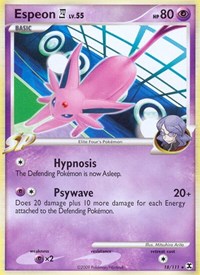 I'm no expert, but I'm pretty sure that arched back means I should keep my distance. 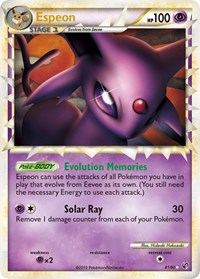 To tell you the truth, I'm afraid to touch this thing. You first. 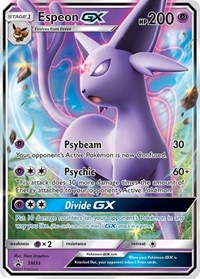 This particular Espeon looks like some kind of ancient Egyptian cat-god. Intimidating? Heck yes. Cuddly? Not at all. 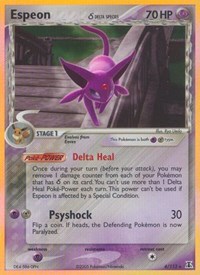 This 'mon looks like it has some street smarts, and might not let me get too close. Cuddle potential: debatable. 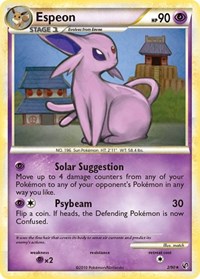 Suspicious and aloof, but what cat-creatures aren't? I'm willing to try. 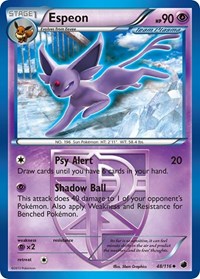 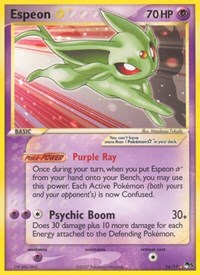 Again, there is no way I can keep up with this thing, let alone cuddle with it. 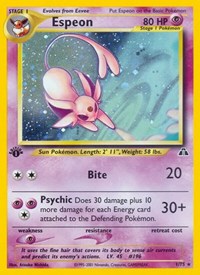 This mystical Espeon seems preoccupied. I'm content to admire it from afar. 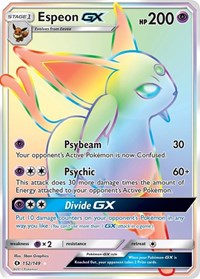 I'm not sure if I want to cuddle this one or let it guide me through a psychedelic dreamscape. Either way, I'll bring snacks. 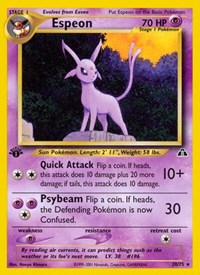 I'll call this one cuddle neutral — yes, I'd cuddle it, but I'm not exactly jumping out of my chair to do so. 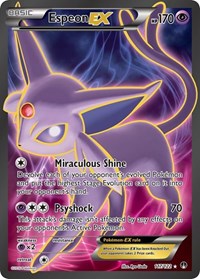 The soulless eyes are a little off-putting. Approach with caution and cuddle gently. 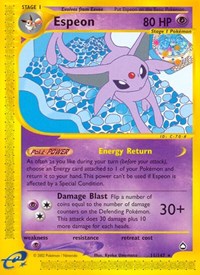 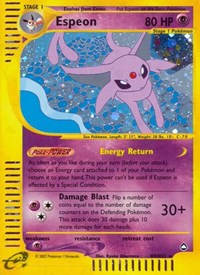 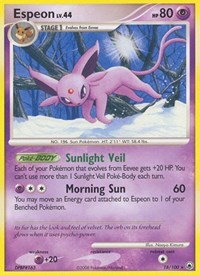 This Espeon looks to be in desperate need of cuddles. First, we'll make snow angels. Then, we'll eat a whole roll of Tollhouse cookie dough. And then, we'll snuggle. 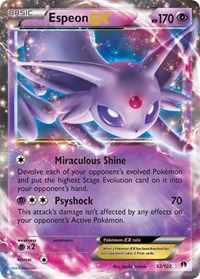 I'm choosing to interpret this pre-pounce stance as playful. I'm about to be attacked with snuggles. Bring it on! 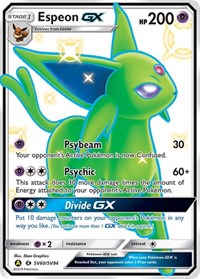 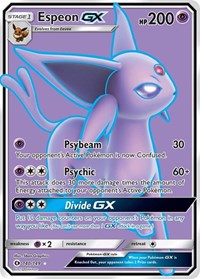 The green one looks a little...alien? But the second Espeon depicted here is the same color as the background, which leads me to wonder —  is there another, larger Espeon lurking just behind the first? I hope so. The more, the merrier! 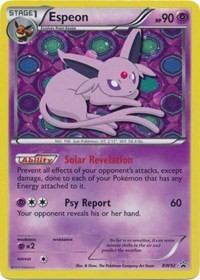 This Espeon is already curled up, ready to sit on my lap while I sip tea and read a good book. 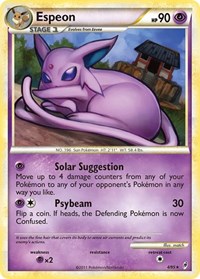 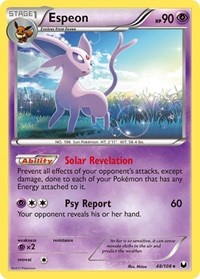 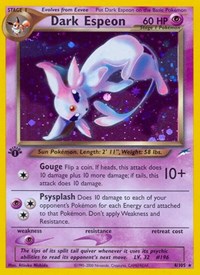 So cuddly, it's already in the fetal position and practically begging to be the little spoon! 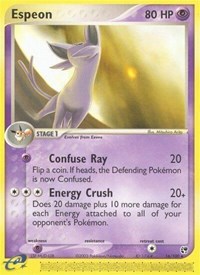 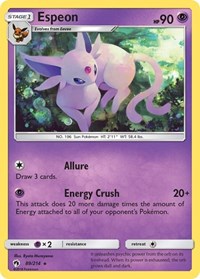 Maybe it's just Wednesday talking, but I seriously want to cuddle up with this Espeon in a sun-dappled meadow and take a nap.