Years ago I came to a conclusion about Commander: Getting caught up in "What's the best card for my deck?" is a trap.

I love Commander. It's something I've written about often, read about regularly online and dutifully follow Jimmy and Josh at The Commander Zone for. While I will sing Commander's praises for days I also recognize it's a format like all others, one with weaknesses and issues that stretch across the community. The axe I'm grinding today is all about cards everyone plays, all the time, in every deck.

Some of these cards just need to leave most of your decks.

In no particular order, here are five cards (and their most similar and overused alternatives) that you just need to stop playing. 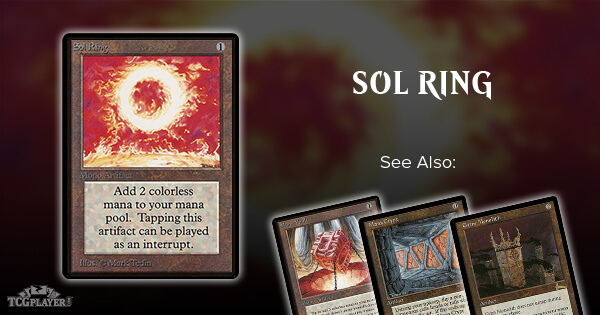 Sol Ring doesn't belong in every Commander deck. Unless you have a heavy artifact theme that wants to convert (sacrifice) artifacts into bigger, dumber artifacts then Sol Ring is almost always a poor draw in the mid- or late game.

Why do people put up with so many super staple mana rocks in their decks? The relatively small chance you get it in your opening hand and can leap out to advantage before everyone one. Good job, Sol Ring user: You missed the entire point of Commander.

Try This Instead: Literally any other card.

Maybe a basic land so there's at least one in your deck? Maybe a generic removal spell so you can kill the thing that killed you instead of meaninglessly ramping on turn 10? 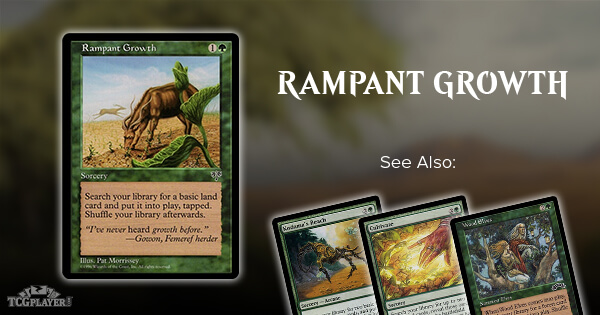 I'm guilty of this one; I drop ramp into every green deck without a second thought. I add tons of mana sinks and creature lands to ensure I have ways to use mana no matter how much I get. However, unless I'm rocking some serious top-end action I want to try and hardcast fairly – see Mayael, the Anima et al. – I can probably tone down on the sheer amount of ramping I put into green decks.

Try This Instead: Synergy cards.

If I'm playing Elves, why not just some tribal synergy over the seventh way to ramp on the third turn? Something big and risky, like Coat of Arms, seems apropos over Yavimaya Dryad as a nod to the Elf theme. 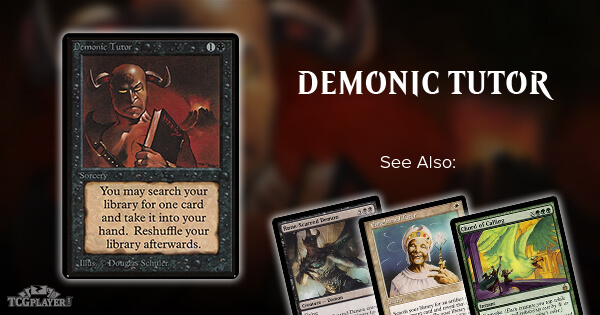 There's a secret most Commander players don't want to admit: They kind of dislike how random games can be. A format built on 100-card singleton decks relies on randomness as a feature, not a bug, but most decklists you find online tell you the opposite: Load up on tutors and fire away.

The other secret most players do admit is that shuffling, and waiting for others to shuffle, is a real pain in the ass. Tutors not only defeat one of the core features of Commander, they add time to every single game due to shuffling.

Try This Instead: Raw card draw.

Some colors are stronger at this – see Blue Sun's Zenith for example – than others, but through artifacts or one of the (typically) multiple colors in a deck you can eschew shuffling for just ripping more cards off the top of your library. If you have a mix of spells, creatures and utility the odds are fair you'll find something you need.

But sometimes you won't, and that's always been a feature of Magic. 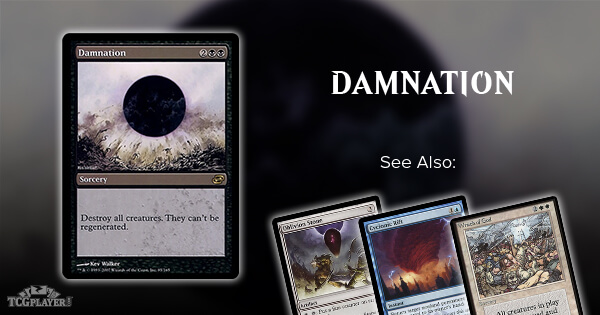 Some answers are better than others. Damnation is arguably the most hyped "Wizards will reprint it someday" card in Magic, and foil copies of Oblivion Stone and Cyclonic Rift each command a hefty premium. It's great those cards answer so many things and are almost always more useful than any other option in their color.

It's also great you can probably get value in every game where you drop Declaration of Naught naming one of them.

Try This Instead: Something for less than $1.

Getting caught up in "What's the best card for my deck?" is a trap. Commander is one of the few places in Magic you can cast Kirtar's Wrath or Deathbringer Regent or Perilous Vault with a straight face. It's not about skipping out on Wrath of God effects, but not worrying about if it's qualitatively the best possible one you can play.

I mean, Kirtar's Wrath is actually a really nice two-mana upgrade over Wrath of God in most cases. Get on that. 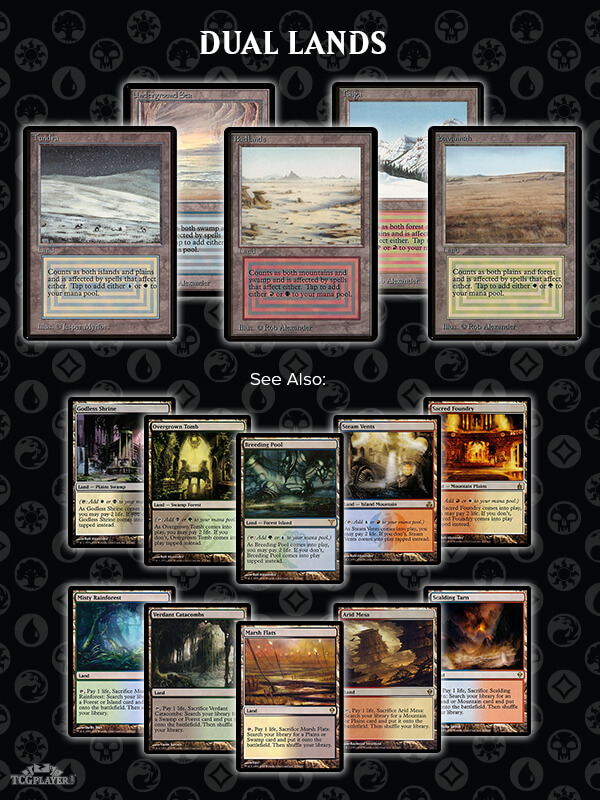 I'm guilty of this one too and it works like this: Four years ago at Gen Con I spent the last day tracking down every great deal on foreign black-bordered dual lands that I could. I then spent the next few months at Grand Prix and local stores trading for the last few I needed to complete a one-of FFB set of every dual land. I have original foil copies of every fetch land – yes, those fetch lands from original Zendikar. I strictly use foil copies of the original Ravnica block shock lands. It's decadence and "investment" at peak ludicrous: I once unironically said how it was frustrating that I replaced my easy-to-find white-bordered dual lands with those FBB versions.

Try This Instead: Creature lands and basic lands.

Carrying around a Commander deck worth thousands of dollars is silly. Even several hundreds of dollars feels a little overkill. Simplifying your mana base, focusing on cheap and just-as-reliable ways to hit multiple colors means I lose little in terms of playing my deck and lift the burden of worrying about it everywhere I go. While Commander-as-an-investment won't change anytime soon, Commander is first and foremost a fun way to play Magic. Stop browbeating yourself into expensive cards when the next serviceable, cheap option gets the job done in 95% of situations.

The focus on staples and "best possible cards for this deck" continues to leave me feeling like Commander is just getting more homogenized over the years. When my Crosis, the Purger deck looks strikingly similar to your Nekusar, the Mindrazer deck then we're both probably doing something wrong.

While I hope my hyperbole shines here, I'm curious for your take on questionably common cards and staples that seems to make Commander into the same game every time. Thanks!