For most of this article I am going to talk about four aggressive white decks for Kaladesh Standard, three of which are tribal human. The enemy Scars lands make multicolor aggro decks much more viable, so I explore Abzan Humans and Mardu Humans. I also offer a slightly faster Boros Humans with fewer lands that enter tapped and compare it to the Boros Dwarves deck I mentioned in the White Set Review earlier this week.

For the record, I think Scrapheap Scrounger is one of the most overrated cards in the set. People keep trying to put into decks where it does not belong. Its base stats are not good. Not being able to block is a huge drawback, especially in a format that looks as fast as new Standard. And three power for two mana is only "fine" – not spectacular like in the old days. Smuggler's Copter offers way more from a two-drop, so in order to justify playing Scrapheap Scrounger at all, you would have to play it alongside Smuggler's Copter since it's almost certainly better in any deck that would even consider Scrapheap Scrounger. Now once you have both in your deck, there will be a lot of draws where your hand does nothing. Imagine a hand of four lands, two Scrapheap Scroungers, and a Smuggler's Copter. On the draw you will get run over since you don't actually do anything until the third turn. On the play the hand is completely reliant on Smuggler's Copter surviving. I just don't see Scrapheap Scrounger fitting into anything except a dedicated Scrounger deck, something like the following Sultai Delirium Aggro deck:

There are a handful of advantageous to playing Scrapheap Scrounger in your deck and you have to make use of at least three of them to make it worth a slot in your deck:

- You have to be aggressive, able to make use of the three-power body for two mana.
- You have to make use of the artifact type, whether for delirium purposes in your graveyard or for turning on cards like Toolcraft Exemplar or Inventor's Apprentice.
- You have to be able to put cards in your graveyard, either by milling yourself with cards like Grim Flayer and Grapple with the Past or with discard outlets such as Smuggler's Copter or Haunted Dead.
- You need black mana and enough other creatures in your deck to reliably bring it back from the graveyard because without the recursive ability the card does not provide enough upside to compensate for the downside of not being able to block.
- You need some additional payoff for playing all these setup cards to support the Scrounger – something like Prized Amalgam that can be put into the graveyard alongside the Scrounger via the same setup cards and then triggered whenever the Scrounger is brought back.

I put together this Sultai Delirium Aggro deck with all these considerations in mind, attempting to make Scrapheap Scrounger as good as it can possibly be. If it's still not good enough in this deck, then it may still be viable in some super-aggressive black/red aggro deck with lots of creatures and an artifact-matters subtheme, but that's about it. Half the decks people are trying to fit it into are just wrong.

There, I built a non-white deck. Now let's get down to business, starting with Abzan Humans:

The mana in this format is a little strange to figure out. I think the biggest question facing aggressive decks is whether they can utilize Aether Hub. The red/green energy decks almost certainly can because of their ability to both funnel energy into the hub and also to make use of the free energy from it later after you no longer need the colored mana. I think the card is powerful enough that it will find its way into non-energy-focused decks too, just as an early mana fixer. This Abzan list is kind of at the crossroads of wanting early colored mana but also not wanting to be left with a colorless land once the colored mana is used up, so I compromised at two copies of Aether Hub.

The spells in this deck are good, but the way enemy duals line up, it forces black to be the base color instead of white. This allows us to play cards like Liliana, the Last Hope and Grasp of Darkness but it also makes it harder to play Town Gossipmonger on the first turn. Not having reliable access to white mana on turn one is the biggest hurdle for this deck to overcome, but Grim Flayer may be just the human that can do it. Grim Flayer will almost always connect in this deck since we have Liliana, the Last Hope, Thalia's Lieutenant, Heron's Grace Champion, and Grasp of Darkness to keep Grim Flayer attacking. It's unclear whether this is better or worse than non-tribal delirium, but it's an avenue to explore.

The wedge with a white base is Mardu, so in order to reliably play a white one-drop on the first turn, you would have to go with this color combination:

Beyond the added consistency of reliably resolving a one-drop on the first turn, Mardu adds some cards that keep the pressure on in the midgame such as Unlicensed Disintegration and Kambal, Consul of Allocation. Unlicensed Disintegration has not gotten the respect I think it deserves. In a format largely defined by creatures and Planeswalkers, this card can potentially take out both at instant speed for the price we are already paying to just kill one. It's essentially everything To the Slaughter always wanted to be. With the dual lands available, I can definitely see some type of Mardu Aggro deck being very good and utilizing this card to great effect. This humans list is only once such way to build a Mardu Aggro deck, but it's the place I would start. Perhaps a non-tribal Mardu Aggro deck involving Ayli, Eternal Pilgrim could also work.

Another card I really like in this deck is Hanweir Garrison. It obviously works well with Hanweir Battlement, but it also works great with Thalia's Lieutenant since the Human Tokens pump the Lieutenant and vice versa. The six creature-lands provide reach while Smuggler's Copter smooths out the draws and mitigates flooding. If three-color human tribal is a thing in Standard, I predict Mardu will be the optimal color combination, mostly because it provides the best mana base for the white one-drops.

The third color might not even be necessary though. Sure, you lose Kambal and Unlicensed Disintegration, but if you cut them you can add Inventor's Apprentice and can run more untapped lands in the deck, making it overall a bit faster and smoother. This is what I have in mind:

four Inspiring Vantage, four Aether Hub, and four Mountains gives us 12 sources of untapped red mana to cast first turn Inventor's Apprentice. With the two extra Plains, we have 14 sources of untapped white mana to cast our white one-drops. With Liliana, the Last Hope in the format, I'm hesitant to play too many one-toughness creatures. Inventor's Apprentice being a 2/3 is a pretty big upgrade to Elite Vanguard, mostly for that reason, but also because it sizes up better against all the other creatures in the format.

Most of the other cards in Boros are overlaps from Mardu, except we can afford to play an additional copy of Hanweir Battlements to make our Hanweir Garrisons that much better. The card is good in general in this deck too since providing haste to any creature we draw is pretty big game for an aggressive Boros deck (i.e. yet another source of reach).

Instead of Boros Humans we can go Boros Dwarves, which I briefly mentioned in the White set review. For reference, here is my most recent take on Boros Dwarves:

It was no accident that I included exactly seven different dwarves in the list, partly to test them out, but mostly just for flavor reasons since Snow White is one of the three fictional characters I would use to describe myself: 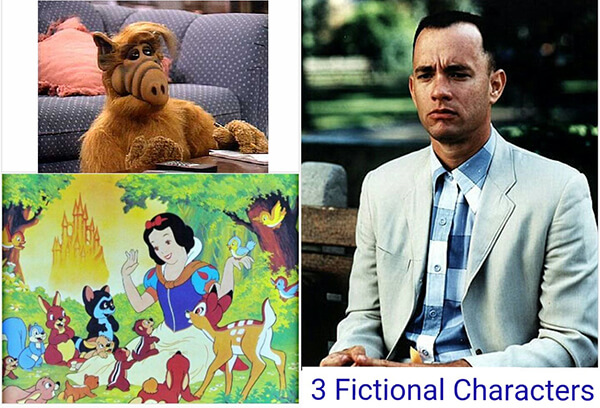 Likely the optimal list cuts some of the one-of dwarves. I think Boros Dwarves has a lot of promise, mainly due to the power of Depala, Pilot Exemplar, though also because most of the dwarves are just powerful enough on their own, independently of the tribal bonuses from Depala.

For instance, Fiend Hunter is no longer a human but instead is now a dwarf in Fairgrounds Warden. And Toolcraft Exemplar is as good as Town Gossipmonger. Being able to find creatures and vehicles with Depala, Pilot Exemplar is just such a big game, especially since she also pumps them!

Another reason why I like the look of dwarves so much is because it has so much reach. People tend to think of "reach" as "burn" but burn is only one of several forms of reach. Reach just means ways for an aggro deck to close out the game after the initial rush has been neutralized. This dwarves list has a ton of reach. It has Needle Spires, vehicles, Stitcher's Graft, and Gideon, each of which is great at recovering from a board sweeper or pushing through blockers.

The deck can also be aggressive, curving out with Toolcraft Exemplar into Smuggler's Copter into Depala, Pilot Exemplar, into Gideon, Ally of Zendikar. It's hard for any deck to beat that curve. Between the early pressure and late game reach, dwarves are among my frontrunners for best aggro deck in the format – not just white aggro.

I don't know yet which is best, but these are some of the aggro decks I would experiment with in Week 1 of Standard this weekend, along with the two green/white decks I discussed here. Which direction are you most excited about for Aggro decks in new Standard?

P.S. How close was I on my 3 fictional characters?