Grocery shopping is my personal hell. My wife loves to cook (and thankfully is talented) but Insists that we shop together. This means that I push the cart while she looks at the prices of cottage cheese (dairy product with the texture of vomit) and decides if we need jicama (exotic potato).

Yesterday we went grocery shopping and she settled in looking at spices. She was looking at saffron and Goya Seasoning, when my brain shut off and I opened my mouth. "What's the difference between the two?" 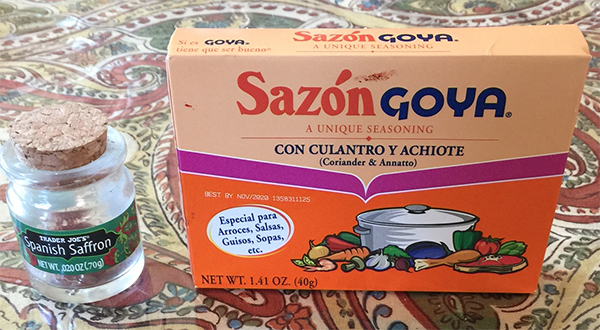 "Both add color to curry dishes," she explained, "but they each add a slightly distinctive taste. I like the saffron taste but it is far more expensive, so I'm trying to decide if the expense is worth the flavor."

"I think you should go with the Goya Seasoning. You are such a talented cook that no one is going to notice the difference." I have been married for a while now, and understand the importance of keeping my wife happy while trying to keep the shopping to a minimum.

"Thanks, but I'm not sure. Come here and look at this list of ingredients and tell me what you..."

Why do I open my mouth?

The five cards I'm sharing today are cards you probably haven't used in a deck. These are "spices" you haven't heard of that are similar to ones you have, but do things a little differently. Most of us love it when our friends and opponents reach over to read a card in your deck because they've never seen it before. I hope to add a few of those moments here for you!

Apprentice Wizard takes one blue mana and turns it into three colorless mana. Most of the time, you are probably going to use this to cast artifacts, but it can really help with paying commander taxes, Cyclonic Rift, and a way to keep the mana rolling with Paradox Engine.

While no one is particularly excited about a 1/3 creature for three mana, the toughness does offer some resiliency against several spells. An early Apprentice Wizard sets up a blue mage for the next turn. Two extra mana means more ways to control the board. I often ran Apprentice Wizard when I had creatures with more pricey activated abilities.

Apprentice Wizard works especially well with some commanders. Azami, Lady of Scrolls and other Wizards theme decks make good use of a wizard that can produce three mana from one blue mana. Kruphix, God of Horizons keeps the mana in your mana pool, but turns it colorless. Apprentice Wizard essentially adds two mana to that mana pool. Legends that untap creatures or give them haste enable Apprentice Wizard, making it even better.

Many blue decks often run a strong artifact theme in their decks, and Apprentice Wizard works well here too. While Grand Architect is certainly more valuable in those decks, Apprentice Wizard does offer some level of redundancy, and continues to offer mana even when the Grand Architect is gone. Memnarch is even more miserable with three colorless mana and getting Wurmcoil Engines out early is no great joy for your opponents.

This instant from Mirage was a card I liked to use in a Lord of Tresserhorn deck, way back before Commander existed. Carrion provided creatures to sacrifice to get Lord of Tresserhorn out, and was a great way to get some extra value out of him when he was about to be destroyed. You would be amazed how many cards, even that far back, had ways around Regeneration!

Since it regularly showed up, I started to see all the other ways that Carrion would improve my decks. Threaten was a fun card (Kari Zev's Expertise outclasses it now) and Carrion made sure you never had to give the creature back. It works as a combat trick, not only giving you the extra use for one of your dying creatures, but also a way to allow one creature to block several. Now I like to use it with Cathars' Crusade. Sacrifice the Sun Titan and you get six 6/7 insects. Do it on your opponent's end step and suddenly you have 36 points of damage staring everyone in the face!

Not surprisingly, Carrion goes well with commanders that ask for sacrifices, or have an effect when something is sacrificed. Carrion doesn't make Kobolds, but Prossh will eat them all the same. You can even use Carrion and sacrifice your Prossh after combat. An easy scenario with Prossh: cast it and get 6 Kobolds. Attack and sacrifice all the Kobolds, making him an 11/5. Use Carrion after combat to get 11 Insects. Cast Prossh again, getting 8 Kobolds. Attack the next time, sacrificing 19 0/1 creatures to get a 24/5 Prossh. Meren, Thraximundar, and Teysa, Orzhov Scion are just a few others who can all use Carrion to great advantage!

Pretty much every deck that runs Kumano as a commander is pretty much just loading up the deck with ways to give him infect or lifelink or deathtouch, along with a ton of land and artifacts that tap for land. I'm happy to recommend Basilisk Collar, Gratuitous Violence, and Grafted Exoskeleton as a few cards that really push Kumano to a new level. If your group's games tend to be getting a little long, Kumano can be a great way to move things along. His ability doesn't provide commander damage, but when you are doubling or infecting the damage he does, it really doesn't matter!

As one of the 99, Kumano opens up pathways through carefully set up defenses. Kumano is a lightning rod for removal since he makes efforts to defend so difficult to plan. I like to add him to two-color Commander decks, since most players who are even aware of him assume he won't be in a multicolored deck. Once you realize that only half of the mana he requires has to be red, it doesn't take long to recognize his value. Green decks with oversized monsters that need a way in love him. Blue decks that need something to discourage opponents from attacking until they are set up love his strong "rattlesnake" effect. Black decks and their "all-in" approach appreciate Kumano. White decks and their smaller creatures love the openings Kumano can provide.

Add in a beefy 4/4 frame and you have a creature that is resistant to some of the removal in the format. Add an Arcane Lighthouse for a little added value. After a couple of turns, your opponents will forget about it and play out their hexproof creatures, believing them to be safe from Kumano.

I am a fan of creatures that can take out enchantments and artifacts. Enchantments are some of the most powerful permanents your opponents can use and far too many decks simply don't have ways to deal with them. Using a creature means you are getting double duty with your cards. No knock on Krosan Grip, but we have all seen the power of Acidic Slime and Trygon Predator in games when an artifact or enchantment just needed to be gone.

I don't think Capashen Unicorn is as strong as either of those creatures, but it offers some of that spice! The obvious difference is the color. White has other cards that can destroy enchantments, but fewer that can do it without needing something else to happen. Most need to be sacrificed by something else, or die in combat, or enter the battlefield. Capashen Unicorn is an all-in-one card.

What I particularly like is its ability to sit on the battlefield and just dare your opponents. It is waiting for that Dictate of Erebos, Gratuitous Violence, or Cathars' Crusade, and regularly discourages your opponents from playing it until they can remove the Unicorn. That delay is often invaluable to your plans. On top of that, when they find a way to kill it, you can often just sacrifice it in response to take out a mana rock, or other less game-changing card. You are still getting value!

And besides, Magic needs more unicorns!

There are very few cards that can destroy all enchantments, and do it again the next turn. It isn't cheap at two mana to cast and three to activate, but in the right deck this card is a monster. I often ran this card, to the misery of my friends. Back then it was Pestilence, Necropotence, and Rancor that were problems solved by Tranquil Grove. The ability to sit on the mana until the end of an opponent's turn meant it was always on. They also couldn't simply play an enchantment to get me to "use up" my removal, then play the real problem, since Tranquil Grove never left!

There are two reasons why this card doesn't see more play. The first is age. Tranquil Grove was originally printed in Weatherlight and not again until Sixth Edition. That's it! It doesn't get played because no one has heard of it or owns it. The second reason is the "all other" part of the card. That means you too. Green decks tend to like enchantments like Beastmaster Ascension, Rites of Flourishing, Doubling Season, Sylvan Library… The list goes on and on. Playing a Rites of Flourishing says that you are paying three mana to get an extra draw step and play more lands on your turn, and are probably going to kill it before anyone else gets the benefit, but other enchantments are best if they sit on the board for round after round. You are announcing that you are probably not going to activate your Tranquil Grove unless someone plays something seriously bad. The Grove is best when it is sitting there, shutting down enchantments for the rest of the game.

The best decks are the ones that are primarily creatures, or at least can be built without any enchantments. Most decks run between five and 15 enchantments with some going much higher. As long as you are okay with a card that is going to effectively shut down about ten percent of every opponents' deck and do nothing to advance your plan to control the game, Tranquil Grove is a great plan.

I hope you'll get a chance to try some of these lesser-known cards in your decks. And let me know about some of the cards that you play that should be getting a little more love! I'm always hoping to turn my next deck into a real spicy brew!