I've spent a lot of time the last couple weeks talking, testing, watching and playing Magic, trying to decipher the latest iterations of Throne of Eldraine Standard and Pioneer. With a fresh round of bans on Monday in Pioneer and a Mythic Championship this weekend, there's a lot of waiting and watching at this point to see just how the chips fall.

In the meantime, however, I've had a lot of time to try and watch aggressive decks, and I've noticed a few patterns in how other people play.

One of the biggest misconceptions in Magic is that aggressive decks are easier to play. Oh sure, in the games where everything goes right, there aren't too many decisions. Playing three lands and using all of the mana every turn of the game is pretty effortless. Those draws are a big reason to register the deck to begin with, as one of the best ways to negate someone else's strategy is to effectively stop them from ever playing the game at all. 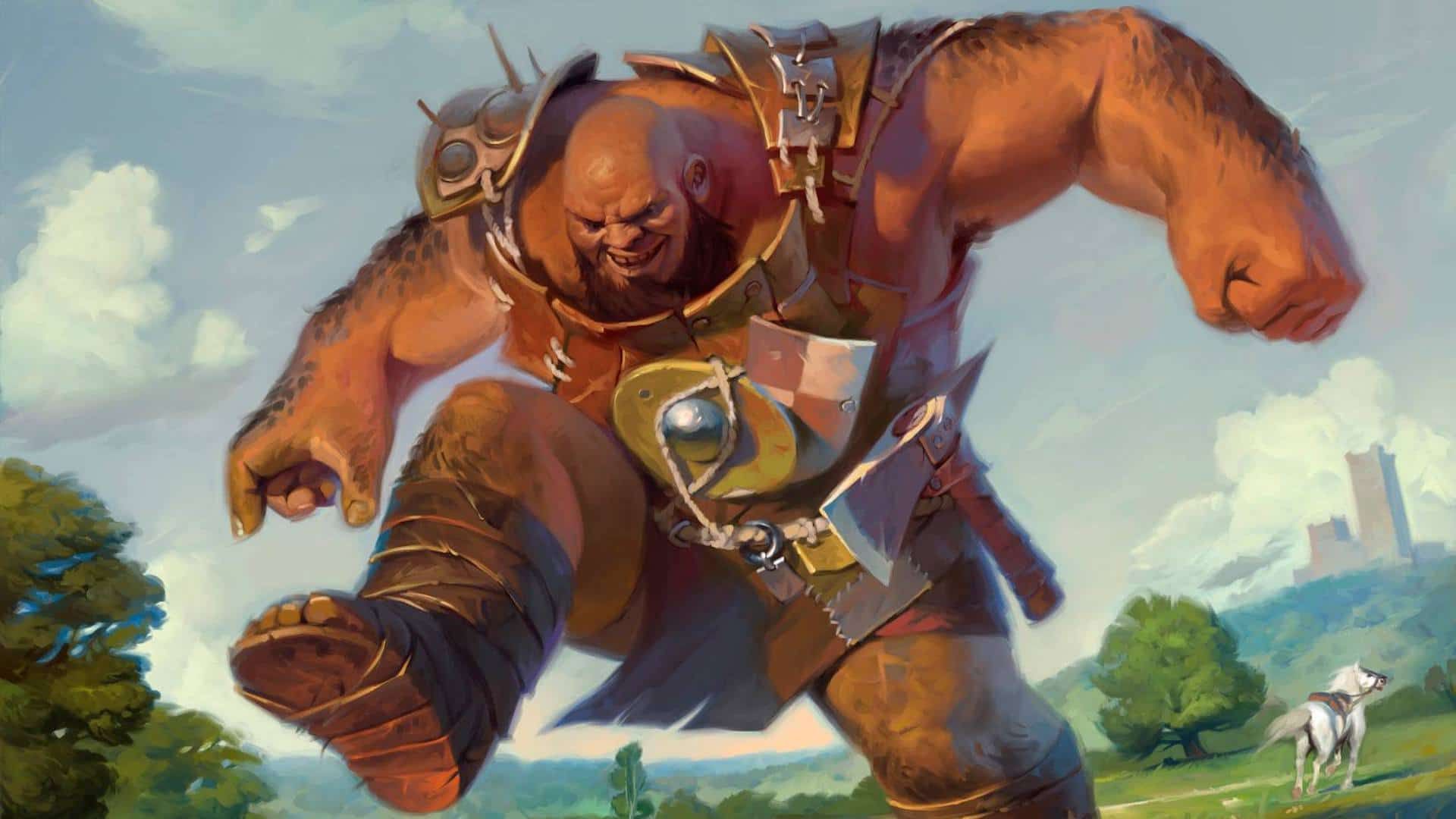 But that isn't the whole story of playing aggro. Behind every blisteringly fast draw there are many that don't quite work out, where the opponent is able to interact in ways that disrupt or slow the initial game plan. There's mulligan decisions, deck building decisions and sideboarding plans, all of which make those most powerful draws possible. And these are the things that make or break aggro players and their ability to win: the ability to maximize all the small percentages along the way to winning the game.

The conventional way of thinking doesn't always apply to playing aggro, and the skills that other archetypes cultivate can actively work against winning with aggressive decks at times. For that reason, I've outlined a few tips for winning with aggro decks.

1. Have a Plan From Turn One (and Mulligan If You Don't)

Aggressive decks tend to have a lot fewer cards than any other archetype. When the game will ideally only go for four to six turns, that means that the first seven cards on top of the deck are most of what they'll see. There aren't usually card draw spells to find a way out of specific situations, or cantrips to make sure that the deck finds the right combinations of cards. With aggro, what you see in that starting seven is what you get.

That means that from the very beginning, you need a clear plan for how you will win the game. Obviously that means more than reducing them from 20 to 0, it means how your cards are going to combine to win the game. Whether that's building to a critical turn that is probably impossible to overcome, or a strong curve of cards that will quickly count to 20 damage, a starting hand needs to have pieces that work together.

This hand looks excellent. It has no mana problems and a clear curve: Legion's Landing, Saproling Migration, turn-three Emmara, Soul of the Accord and hopefully turn-four Trostani Discordant assuming we draw one land. On the other hand, if we change that one card:

Lands, spells, no color problems! It's a keep, right?

How does this hand play out? It will play a two-drop on turn two (probably Emmara, since that's the card we want in play the longest), a two-drop on turn three, which isn't terrible, and then… a two-drop hopefully on turn four? All of this builds to a Trostani Discordant on curve on turn five, but does require that we draw two lands. Even if we do, it doesn't necessarily do anything anyway. Without Emmara, the beats are going to be pretty anemic, even with Trostani to power up our team. This will also improve if we can draw something like Legion's Landing to take advantage of Saproling Migration, or a two or three-drop early so that we can sequence to use our mana more effectively. But needing to draw specific cards to maximize our mana, and draw the lands to play everything, and for the opponent not to interact is a bit much to ask.

So, it's a clear mulligan right?

Well, still, not exactly. It could depend on the matchup. If they're an archetype that doesn't interact with Emmara well, or is weak to Tithe Taker, suddenly this looks a lot better. Being on the play with Emmara is often strong enough on its own if there isn't a blocker on turn two or a removal spell.

This is why mulliganing with aggressive decks is so tricky: there's a lot of context that goes into when to keep and when to mulligan these close hands.

Aggro decks are supposed to get 'em dead as fast as possible. Aggression is literally in the name. Nobody calls their deck running Teferi, Hero of Dominaria an aggro deck, so you wouldn't name a deck that's okay hanging back with all its creatures an aggro deck.

Except that, frequently, it's correct to wait.

Many times you hold back to preserve bodies. Aggro decks function a lot better when they have more creatures in play, rather than fewer. Trading creatures off is a way to clear blockers for later, but it also means that there are fewer creatures in play when Unbreakable Formation adds counters to everything, or Benalish Marshal pumps the entire team, or March of the Multitudes needs to be played for a bigger effect. They can also be important for a later turn to push damage rather than just trading. Running multiple creatures in to a large blocker for a few points of damage might be worth it, but it also might mean losing a creature unnecessarily a turn or two before a big attack off the third trigger from History of Benalia.

This is especially relevant as the game starts tipping further away from the aggro player. When a midrange deck starts building a board that can stop the aggression, one of the few ways to get back in the game is to find a key card that can push all those attackers through: Unbreakable Formation, Flower // Flourish, Sleep, Embercleave, etc. None of those work without creatures left to attack with.

3. Identify How You Can Lose, and Mitigate As Much As Possible

Aggro might be the beatdown in most matchups, but that doesn't mean you don't need to react to what your opponent is doing. Identifying how an opponent can get back into the game is critical to winning more games long-term.

The classic example is not playing every creature in hand into Wrath of God, or in a more modern context Kaya's Wrath and Time Wipe. Creating a virtual turn four or five kill doesn't mean much if the opponent has the ability to kill every creature on the board. It becomes a game of balancing the number of threats left in hand versus the opponent's spot removal, and counting how adding to the board affects your clock. Play too few creatures, and the various Disfigures and Murderous Riders of the format will render them irrelevant. Play too many, and a Kaya's Wrath or Time Wipe will invalidate them.

Currently, nothing answers aggressive decks better than Massacre Girl. The card is devastating in a lot of contexts, acting as a Damnation that, for an extra mana, comes attached to a 4/4 menace creature. But unlike Damnation, you can interact with Massacre Girl on a lot of axes. Giant Killer can buy back some of the card advantage, killing the 4/4 on their turn and then deploying a relevant creature, potentially with an Edgewall Innkeeper that was held back in case of emergency. If there are no 1 toughness creatures in play, it can be impossible for Massacre Girl to start chaining creatures together without your opponent adding creatures to the battlefield.

But you can't just consider board wipes. Sometimes you need to play around a combo that can win instantly, or a prison piece like Ensnaring Bridge that can shut down your game plan. Maybe you need to prevent your opponent from reaching a certain amount of mana to resolve a threat that takes over the game, like Primeval Titan. This is where it's important for aggro players to also know the rest of the format: when will Ensnaring Bridge typically come into play, or how does the Amulet Titan combo work and what cards are available to disrupt it? If they're going to die on your next attack, what card can you name with Meddling Mage to make sure that they can't win next turn?

Don't go overboard here, though. It's sometimes important to recognize when there isn't anything you can play around, and go all in from there. Force them to have it. But more often, playing around some things is the better choice.

4. Sideboard Against Their Sideboard

After game one, it's important not to tunnel on what was important last game, because there isn't going to be another game one. In general, other people have to react to what aggressive decks do, because ending the game quickly with a fast start tends to be more powerful than most other strategies. For that reason, they will bring in reactive cards much more often than aggro decks.

According to conventional wisdom, aggressive decks should bring in planeswalkers, enchantments, artifacts or "sticky" threats that are harder to kill or replace themselves when they die, so that your pressure doesn't evaporate when your opponent wipes the board. A card like Gideon Blackblade is perfect: it presents a very quick clock and isn't vulnerable to sweepers. But that's only half of the equation: what comes out? What is their board wipe of choice? There's a big difference between Flame Sweep (which is instant speed, important against March of the Multitudes) and Deafening Clarion (which hits 3 toughness creatures Flame Sweep misses). Tithe Taker is good against both of these cards, but horrendous against Cry of the Carnarium.

This is another example of why format knowledge is so important. Knowing what options exist in the format as well as which cards people are commonly sideboarding is necessary for this step.

5. Play Differently from Game to Game

There are many reasons to not play the same way in games two and three.

The first and foremost is that being on the play or draw is very impactful in Magic, especially when playing against sideboard cards. Curving Edgewall Innkeeper into multiple Adventure creatures or Legion's Landing into Saproling Migration is more effective on the play than on the draw. On the draw, the game probably isn't going to end as quickly, because the opponent can more reliably set the pace of the game. Cards that are better in longer games, like planeswalkers or Dawn of Hope, matter much more. On the play it's better to stick to the main plan of playing aggressively, especially because it's harder to hit all the land drops necessary for more expensive cards.

But beyond that, playing the same way each game helps your opponent predict what cards they'll need to win. If a card like Lava Coil or Cry of the Carnarium or Kaya's Wrath or Lyra Dawnbringer is going to be game over every game, they can mulligan to those cards or ways to find them. If they know the game is going to be slow, they can remove some of those same cards to be more effective against the aggressive deck's midrange game plan.

If you enjoy this sort of tips article, let me know directly on Twitter. Until then, may you run over opponents on ladder or MTGO with perfect curves of creatures.