On Make the Play Monday this week we returned to the world of GW Devotion.

The obvious thing is that Deathmist Raptor can return to the battlefield from the graveyard when you flip another creature card face up; GW Devotion was already the most face down-tacular strategy in Standard with both Mastery of the Unseen and Whisperwood Elemental, making for lots of potential Deathmist Raptor re-buys. But even more simply, GW Devotion is one of the few decks in Standard that can profitably (and correctly) play four copies of Elvish Mystic.

So anyway: GW Devotion - already one of the best decks in Standard.

So like I said on Monday, I am taking a long, close look at GW Devotion for the impending April 25th Regional PTQs, which was the impetus to this week's scenarios.

I used Daniel Cecchetti's Grand Prix-winning decklist for these scenarios, but we already know that there are some strong tools from Dragons of Tarkir that can contribute, even beyond Deathmist Raptor.

To wit, this is Lan D. Ho's decklist from the first PPTQs allowing Dragons of Tarkir:

And for a special treat, here is Lan's sideboard guide from the tournament! 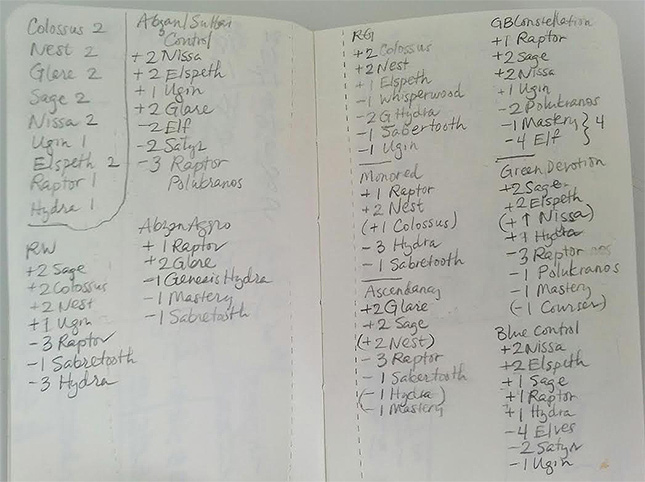