Oko, Thief of Crowns is finally gone from Pioneer.

Oh, and so is Nexus of Fate. These two cards were a huge presence on the format that dictated what you were ultimately allowed to play. Oko pressured a ton of fair strategies, and alongside Gilded Goose and Wicked Wolf often locked up battlefields far too effectively for other decks to compete. The best way to fight these decks was to simply not have a battlefield.

Turn-two Oko was incredibly powerful, and the supporting cast heavily punished the aggression that could otherwise shut down an early planeswalker. Going bigger often wasn't doable in the face of the surrounding shell, whether that was Stubborn Denial and Steel Leaf Champion or Nissa, Who Shakes the World and Hydroid Krasis. There's a reason Simic was the top two slots of the metagame.

Nexus of Fate wasn't nearly as well represented, but exerted its own pressure on the format. Very few decks could interact with Wilderness Reclamation, and the recursive nature of Nexus of Fate meant that trying to beat them via attrition didn't work. You had to shut the door on these decks and often the best strategy was to apply a quick clock and just a touch of disruption. Those requirements took a lot of midrange decks out of the format, and even some aggressive ones.

While people have already started arguing about what should or shouldn't have been banned, I won't be touching on that. We have this metagame, this ban list. Until January 6th nothing is changing. That means it's time to dig in and figure out what we can do now. 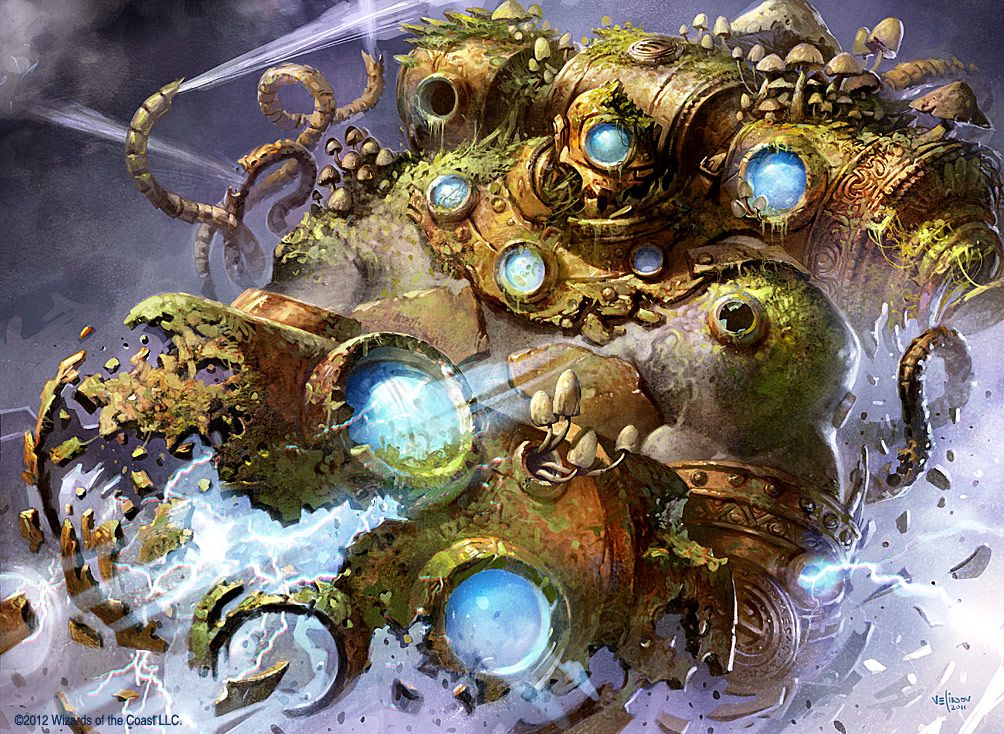 Since the beginning of the format people have wanted to get back to their roots. The fun decks. Azorius Control, Siege Rhino, Panharmonicon, Seasons Past, Delirium, Rally the Ancestors, Collected Company. Most of these cards and archetypes were horrifically outclassed at the inception of the format, but so much has changed since then. The landscape has had rapid change, settled down a bit, and then finally had one last upheaval. Each change made it more and more hospitable to play fair, but a little big bigger. Azorius Control was even in the top tier of decks before these bannings and is very likely to maintain that status.

Oko in particular gated a lot of these strategies by being so efficient at invalidating opposing cards, but the absence of Nexus of Fate opens up room for more of these archetypes to try and win the late-game arms war. Archetypes like Panharmonicon would never have been able to really compete against Oko or Nexus of Fate, but could certainly try to grind out something like Azorius Control.

The other side of the format also gets to come back a bit. Decks like Burn, Mono-Red Aggro and Mono-White Aggro had a rough time beating the Food core of Oko and Wicked Wolf. With Oko banned, Wicked Wolf is a much weaker card and it becomes much easier to finish these decks off with reach.

Engine decks, midrange decks and even aggro decks benefit from these caps on the format being removed. The surviving best decks that people will now have to build around are Azorius Control, Mono-Black Vampires and Mono-Red Aggro. While there are going to be other pillars of the format, these are the macro archetypes easiest to pin down and account for in deckbuilding. These archetypes encourage fundamental deckbuilding principles in their opponents: resiliency, redundancy and efficiency.

Azorius Control was one of the decks to beat last week and that won't change with these bans. As you design your new decks and experiment to take on this new, fairer format, you will need to keep this deck in mind. Your plan can't fold to a Supreme Verdict and shouldn't be cold to a single counterspell.

Resiliency is a fundamental deckbuilding principle that should go without saying, but as we reset the format once again you need to keep the fundamentals in mind as you brew. It's pretty easy to get some resiliency in this format, but make sure you are adding resiliency to your plan. Don't just add midrangey cards and call it a day. Unchecked card advantage might win some games, but you need a cohesive plan to really succeed.

A really good example is Nissa, Voice of Zendikar and Experiment One in Hardened Scales decks, where they apply pressure through board wipes and ensure bodies on board in the face of spot removal. These cards give the deck resilience while also contributing to the main game plan of the deck. Be wary of fully transformative sideboard plans: these are often inconsistent, and as a result not as resilient as they should be.

Where Azorius Control and Supreme Verdict demand resiliency, Mono-Black Vampires demands redundancy against Thoughtseize and spot removal. If your deck relies on specific synergies or even specific cards, this deck will tear that apart. Having additional copies of important effects or ways to find them again is vital in matchups where your opponent is aiming to disrupt you.

While the tools for redundancy may vary wildly in various archetypes, some of the easy examples can be found in the previous format. Simic Food and Simic Aggro played ten mana dorks because it was so important to have access to them. They played a variety of payoffs to ensure that a single Thoughtseize or removal spell wouldn't cause them to fold, and the Food decks played Jadelight Ranger to provide filtering and dig to important endgame pieces.

This may sound like the hardest deck to defend as a pillar, but going forward I think Mono-Red Aggro gets a lot stronger as an archetype. This deck embodies efficiency, and will punish anyone who lacks discipline in their curve.

Matching aggressive decks on mana is an incredibly important piece of succeeding when they're prevalent. Answering one and two-mana threats with Murderous Rider is a recipe for disaster. There's a reason Abrupt Decay and Fatal Push are some of the best removal spells in the format and Supreme Verdict is the best sweeper.

Falling behind in your ability to deploy your threats and answers is going to cost you most against aggressive decks, but it can bite you even against bigger, slower decks. If you aren't able to execute your own play quickly and efficiently, other decks can run over you with card advantage, card quality or simply a better endgame.

One of the big reasons Soulflayer has fallen flat thus far is that while the deck can generate some absurd 4/4s, it spends a lot of time not playing to the board or interacting with the opponent. In order to achieve an "unbeatable" 4/4 they play a lot of incredibly inefficient cards as enablers, and it can take them so much mana and so many turns that by the time they finally cast Soulflayer they're either losing anyway or have been outscaled by what the opponent has set up in the meantime unimpeded.

With these three principles in mind I encourage you to get to brewing and tuning. Can you find the next Llanowar Elves plus Elvish Mystic deck? How can we clean up Azorius Control in this new metagame? Are we in fact allowed to cast Siege Rhino once again?

We have an entire month before any more bans, and you won't be hearing from me until next year as I go on vacation for the rest of the month. Don't worry though, you can still find me on Twitter and I'd love to hear about your new Pioneer testing! What worked, what didn't, and what showed promise but you can't quite tune yet?

Let's crack this new puzzle and get ready for the first round of Players Tour events in 2020.

Adam "yoman5" Hernandez is a streamer, brewer and competitive player with a keen sense for what makes a deck tick. He writes about changes in the Standard metagame and the art of deckbuilding.