Core Set 2021 is coming— in fact it's already here on Magic Online, where it was released this week—but I haven't found the set very inspiring. I planned on approaching it from the perspective of Modern and Eternal formats, which have been dramatically impacted by each of the releases over the past two years, but Core Set 2021 has bucked the trend by toning things down considerably, and didn't bring much to the table.

It does include a few reprints entering Modern for the first time, notably Containment Priest as a clear playable, and adds Conspicuous Snoop as a new combo engine that could finally make Goblin tribal a truly competitive strategy. But the set is nothing like the paradigm-shifting Ikoria: Lair of Behemoths before it. I'm eagerly waiting for tournament results and decklists so I can see what new cards are succeeding, but I imagine they'll be few and far between, and I don't expect enough density that it's a topic I'll revisit with a dedicated article like I have for recent releases that demanded them. 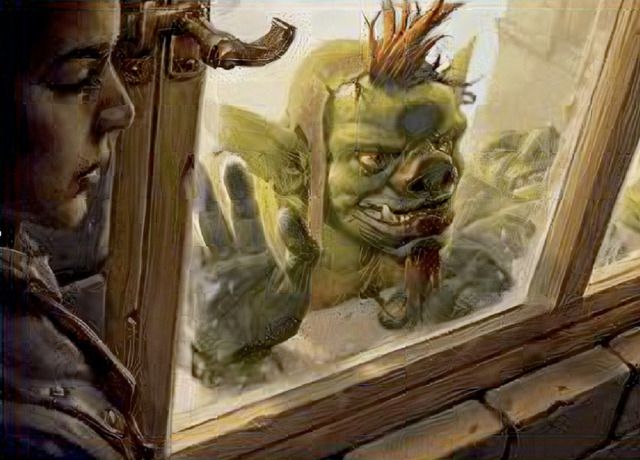 I wouldn't take this as a sign that power creep is coming to end anytime soon, however. Think of this as more of a speed bump. Core Sets are historically weak, and it seems this one is being used almost as a Masters set, with some high-profile reprints like Grim Tutor. Its secondary purpose is supporting Commander, which at this point looks to be the most important segment of the game for Wizards of the Coast, by including things like Cat and Dog lords and plenty of splashy legends. Things should return to normal (meaning the new, broken normal) with the fall release Zendikar Rising, and continue right into 2021.

M21 will surely be relevant for Standard in some way, but I suspect that on the whole it will struggle to make much of a dent into a metagame filled with some of the best cards to ever grace a Standard format, if not the game. Some of the set's strongest cards, like Teferi, Master of Time, could slot into existing decks. Ugin, the Spirit Dragon adds more top-end to a format where the best thing to be doing is ramping with Growth Spiral and Uro, Titan of Nature's Wrath. There don't seem to be any cards that will change things on a fundamental level.

How Are You Playing Magic These Days?

Admittedly, I've also been playing less Standard over the past year than ever before. This explains part of my apathy toward the set, and why I might be missing some of the more subtle additions that could be important. It all adds up to make Core Set 2021 a flop for me, and the spoiler and release season that would normally inspire ideas worth writing about hasn't produced anything.

The purest inspiration comes to you naturally, and searching for it tends to be fruitless. But when I wandered into the TCGplayer writers' Slack channel looking around for some this week, it appeared somewhere I didn't expect: an old message from our editor Peter Day that I had previously missed.

Odd question: How are you playing Magic these days? What are you doing to find the fun, given the state of... the world? and Magic events?

It's a question that I immediately started answering in my head, and which inspired this article.

Over the past few months, as paper events were shut down, Magic Online added an incredible amount of great events in the form of Super Players Tour Qualifiers. As a Magic Online diehard and player of every format, these were my focus instead of the many new Standard-focused MTG Arena offerings like the online GrandPrix circuit by ChannelFireball or the new online SCG Open qualifiers, all of which seem to be great opportunities. Yet the tentative Players Tour these Magic Online events qualified for was inevitably announced to be on Arena, and all qualifiers on the program will likely qualify for a similar event for the foreseeable future. High-level Magic Online events are being used to feed Arena events, so anyone seriously playing them should expect and prepare to play on MTG Arena sooner or later. 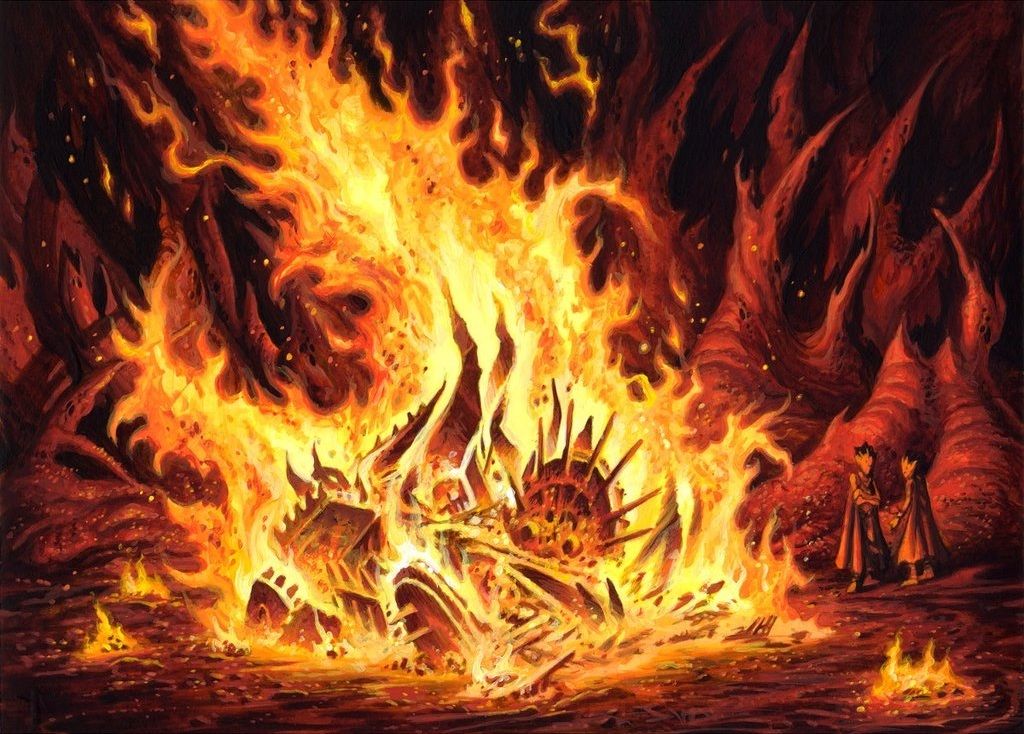 The coming and going of the first Arena Players Tour has also brought the end of Super Qualifiers, and Players Tour Qualifiers altogether in fact, so for now there's little going on beyond the usual events. The end of paper tournaments swelled the player base to the point that the Challenges I'd normally play every week, like Legacy and Pauper, had enough extra players that the expected value wasn't there to make them worth playing. Instead, I focused my time on Super Qualifiers and made sure not to burn out. I plan to get my feet wet with Legacy and Pauper again now that things have quieted down, but I've fully embraced Vintage, which has always been fun for me no matter what's going on in the metagame and is worth playing no matter the size of the event.

Some people, pros even, won't play Vintage.
They can't handle the swings.

Vintage Challenges are now the only weekly event I am playing. I admit I might be a bit addicted, because for the past month I've been making the regrettable decision of staying up all night and getting another fix by playing the second Vintage Challenge of the weekend, which was added along with a second Challenge for every format during the lockdown boom period. A second Challenge in the quiet, late night hours offers a special allure after the first Challenge in the afternoon, whether as a chance for redemption after a failed run, or an opportunity to run back a success. Their small size makes them essentially "freerolls" that pay back the entry and more for anyone willing to play through all the rounds. The rounds themselves are the quickest of any format I've played besides 1 v. 1 Commander, with its one-game matches. 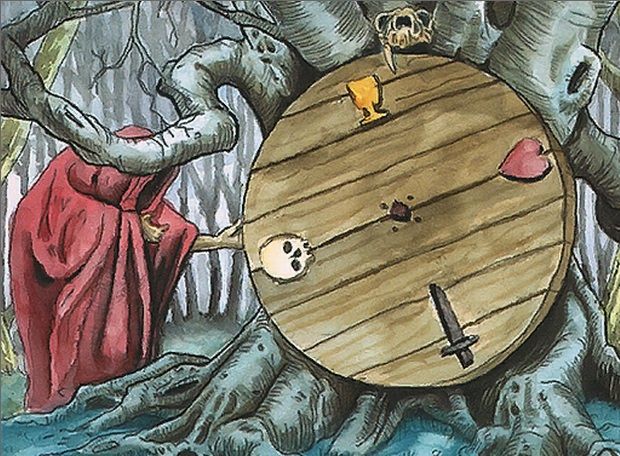 And so I've found myself awake well into the daylight hours of Sunday mornings, playing Vintage with mostly European and Asian players, and a few fellow degenerate American grinders. This past week I bested my afternoon 14th place run with a 13th place finish, but the real rewards, and unfortunately the real costs, go beyond the prizes and game. They're found in the transcendent flow of pure competition, and in the clear damage of my disrupted sleep patterns.

But at least I'm having a ton of fun, some of the most I've ever had, playing pure Magic at a high level with fellow enthusiasts. And at the end of the day, having fun and enjoying the game is why we play in the first place. In these times where Magic, from the cards to the community, has been as chaotic as the world around it, it's important to grab on to the parts of it you love and ride out the storm.

I've also found myself increasingly interested in a format I've never thought too seriously about or spent any real time playing: Commander. As mentioned, I used to grind 1 v. 1 Commander on Magic Online and had a ton of fun, but it was closer to Vintage or Legacy than true multiplayer Commander. I've long seen the appeal of Commander as a more social and even collaborative Magic format—an alternative to the pure competitive world where I've spent most of my time.

The ability to join in on the fun with my own deck has always been on the back of my mind, but it's not until very recently that I've made an earnest effort to actually construct a deck. As I've winnowed my collection over the years, I've taken care to put aside cards for a mono-blue Confiscate-themed deck I want to build because it seems fun (at least for me), and powerful without leaning on the easy mode of broken combos. But I never had the incentive to actually put together the deck and track down more cards for it. 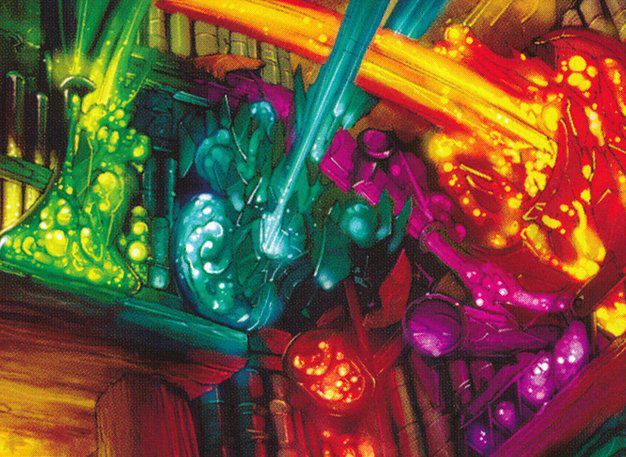 Recently the draw of the format increased when I learned my younger brother, who played Magic briefly as a kid with me and friends but never really got into it, was being strong-armed into playing Commander with his friend who had multiple decks built. His stories about their games were as funny as they were genuinely cool to hear about, and made me feel like it was about time to get in on the action. I also felt a sense of duty to prepare him for battle with his own deck better than whatever borrowed decks he was using—his most exciting stories involved winning with Tree of Perdition, so I knew we could do better.

I associate him with red aggro decks, and to this day he loves haste. I love Goblins, so with his birthday coming I decided it was as good a time as any to make him a Goblin tribal Commander deck, with plenty of haste and aggression, backed by the incredible tactical depth of Goblins and their many forms of utility. Combined with tutors, he'd have the raw power to win full four-player games.

Armed with a bunch of store credit built up spread over various online retailers, I spent the time between rounds of one of my late-night Vintage events looking over all the Goblin cards on Gatherer and adding Goblins to my cart. 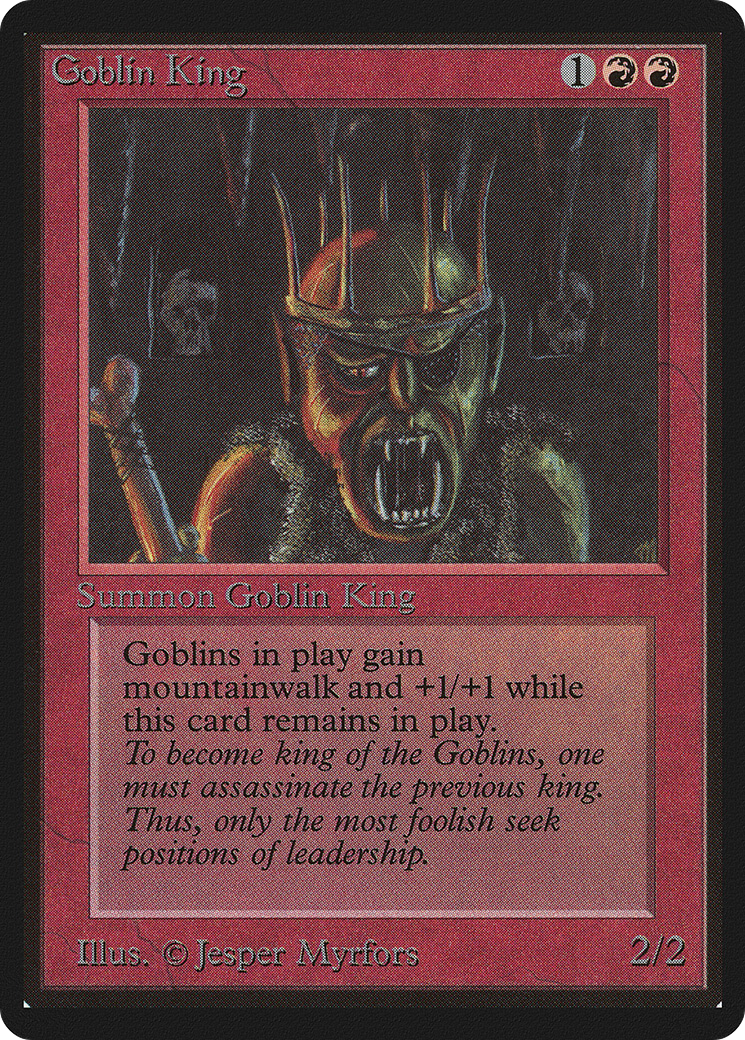 For some reason, at the start of the process I looked at the price of Beta Goblin King at the store I had the most credit for. They had a played copy in stock I could afford with some credit to spare, and I decided it would be the perfect piece de resistance for the deck, the ultimate Goblin bling and a card I would love to own. I was excited about it all night as I happily added Goblin after Goblin to my carts.

I have a lot of ideas in mind for the build, but I figure having a huge pool to choose from will make it even more fun. I like the idea of having literally one of every Goblin as a collection, and having them as a card pool will be especially exciting for my brother who will have lots of deck building options and the ability to learn for himself what's good and what's not—even to customize for heads-up or multiplayer games.

Conspicuous Snoop happened to be spoiled right after I bought the cards too, which has made Goblins in general a more exciting tribe in all formats. It has already increased the value of my investment in cards like Goblin Recruiter and the original art Kiki-Jiki, Mirror Breaker, and makes me even more excited to own the Goblin King. For now I am keeping things mono-red, so it won't include Boggart Harbinger, but I know eventually I'll be tempted to expand and obtain all the black Goblins too. 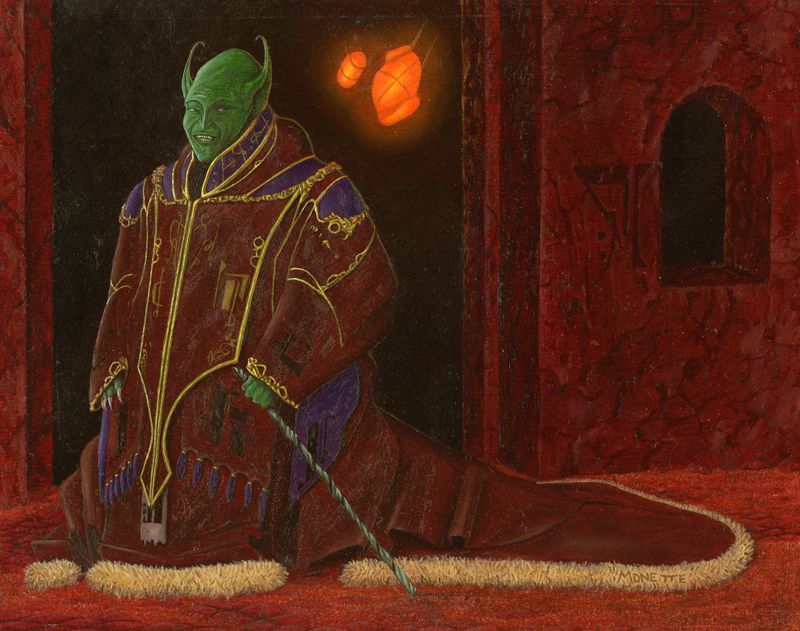 Now that the final cards for the deck are on the way and I'll soon be able to put it together with him, I'm also getting the itch to start building a deck of my own. While I see the appeal of a monstrous and powerful five-color deck, I really like the aesthetic of mono-color Commander decks, so I know my first will be mono-blue. While I need to make my Confiscate theme deck idea, I also want to explore a Blue legendary deck. I'm even starting to wonder about Wizards, which has a lot of legends, and just gained a great potential commander with Barrin, Tolarian Archmage.

In any event, I have a Treachery on the way, so things are starting to get serious.