Some of the most powerful and impactful effects in the Pokémon Trading Card Game are attached to supporter cards. These cards are so strong that newer players try to fill their decks up with as many as possible. But since all supporters have the added rule, "You can only play one supporter in each of your turns," it's really easy to end up with a handful of cards you can't play while your opponent gets further ahead. So how many supporters should you run in your deck? Let's break down the types of supporters you should play to get your ratios ready for your next match!

What should your Supporters do? 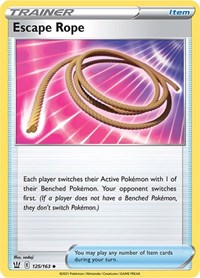 Unlike product-hover id="219405" or product-hover id="234117", product-hover id="232546" doesn't have an associated cost with pulling an opponent's Pokémon to the active slot, and you can choose whatever Pokémon you want to make the maximum impact! While you can build decks that use other cards as a replacement for powerful supporters, there's always an opportunity cost associated with getting access to an ability without taking up a supporter slot. 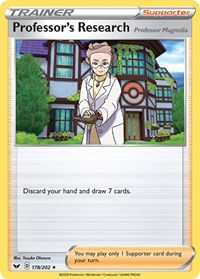 One thing supporters tend to do incredibly well is draw you cards. Pokémon, items, and even energy (draw energy) help you draw more cards from the deck, but very few can grab as many cards as something like product-hover id="208508". There are even quite a few supporters that draw cards for you while also achieving something else!

Depending on the makeup of your decklist and strategy, you can change the supporters in your deck to be the ones that will give you the biggest advantage.

How many should you play?

When putting together decklists, it's important to be mindful of how any Pokémon match starts with you losing six cards from your deck to fill out your prizes. This means that playing important cards as one-ofs can be difficult if they get prized away, and you never see them in the game. On the other side, playing four of every supporter to lower the odds of them ALL being prized away can leave you with hands full of unplayable cards as you slowly play one card per turn.

The key number to keep in mind with how many supporters to play is 11. That many supporters in your deck means at least one should always be in your opener, but it'll be very rare to have a hand filled with supporters. This also means you can play with the idea of three "3x supporters" and one "2x supporter." An example list of supporters might look like:

The goal of 11 supporters might not work for every deck you build, but it's a good starting point for testing out decks and addressing the problems you might face as you continue to play. Each deck will have its strengths and weaknesses, and the supporter slot is a great place to add cards that bolster your deck to the X-0 slot!