Throughout my youth, I was an avid fan of the Korean MMORPG MapleStory. The level-up aspect of that game was a tremendous test in work ethic that taught me what it means to grind. In my years playing Maple, I was often baffled by how differently other people approached gameplay. Whereas I could always be found at a training location grinding to increase my stats, there were players who sat in town all day, just using the game as an elaborate instant messaging platform.

I've come to appreciate why gamers take such vastly different approaches to the same game. When a game doesn't have a predefined objective, players naturally create their own purpose based on what fundamentally motivates them. This is especially true of MMORPGs, which provide open-ended, non-linear gameplay.

In this article, I'll present a framework to help understand four different types of motivations that we have as Yu-Gi-Oh players and how those motivations shape who we are. There are many valid ways to bucket motivation categories. I'll be using a framework modeled after the one found on this page, where you can take a quiz to identify your own top motivations. 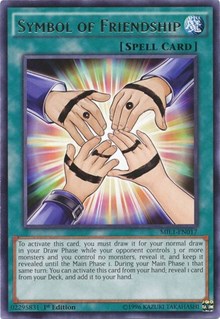 The yellow type of motivation is highly relational. People who have a dominant yellow trait are primarily interested in integrity and harmony rather than ambition. In an MMORPG, these are the type of players who have large friend circles and feel more inclined to chat than to train and level up. These empathetic and social individuals find fulfillment in connecting people.

Yellows are ideal for mobilizing the Yu-Gi-Oh community. They make for great TOs, advocates, and brand managers. 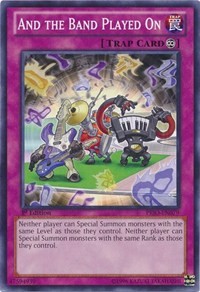 The blue type of motivation is creative and fun-loving. People who are blue love artistic expression and creation. Such expression can take all kinds of forms, like wearing nice outfits, making clever memes, or rapping about a favorite subject. In an MMORPG, these are the type of players who devote great attention to their character's appearance; they'll switch from a stronger weapon to a weaker one if the latter matches their costume.

Blues bring pizzazz to Yu-Gi-Oh. They're the type to cosplay, draw beautiful custom art, and create entertaining videos for the community. 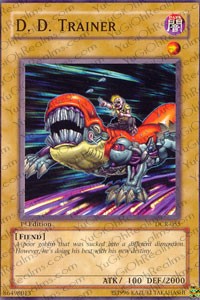 The green type of motivation is highly methodical. Whereas blues love spontaneity, greens prefer that every action they take is calculated and judged to be the optimal choice. In an MMORPG, these are the data driven players who look into the source code in order to generate tables and reports on game stats. Measurable progress is the best progress for green types, so it's common for them to reach high levels and amass large sums of wealth.

For a game as technical as Yu-Gi-Oh, there are lots of roles for greens. They provide dependable rulings as judges, balance the books as vendors, and calculate metagame trends as competitive players. 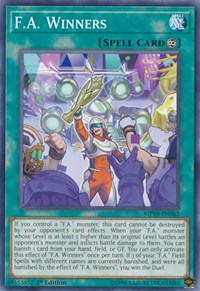 The red type of motivation is ambitious. People who are red tend to develop confident personalities. They see life's challenges more as opportunities than as hardships. In an MMORPG, these are the players who are at the top of the leaderboard. Whether it's doing the most damage, reaching the highest levels the fastest, or being the first to slay a big bad boss, red gamers love to achieve.

The most accomplished Yu-Gi-Oh players possess a lot of red. Most competitive players skew red; if you could give everyone in the world the color personality assessment, you'd probably see a lot more of this type on the Regional and YCS circuit than you would in the general population. In Yu-Gi-Oh, reds aren't just limited to players; they like to be the best in whatever niche they occupy. For instance, the most esteemed Head Judges and the top-selling vendors have a strong red trait. 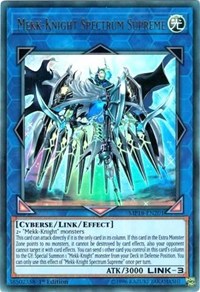 While frameworks are useful for understanding ideas conceptually, reality is messy. People don't neatly fall into yellow, blue, green, and red. Many possess two or more dominant colors. Someone who is yellow and red might be relational, yet also competitive about having the largest network. Someone who is blue and yellow might not just be creative, but creative specifically with initiatives and events that bring people together.

If you've been a part of the Yu-Gi-Oh community for a while, you've seen that there are prominent members who occupy their time in this hobby with wildly different activities, despite their mutual love for the same game. There are folks like YCS Champions Aaron Furman and Jesse Kotton who are highly involved merchants. They devote a lot of their efforts to the buying, selling, and trading aspect of the game. Meanwhile, someone like Dan Parker, who has a great love for organizing information, devotes his efforts to running a news page and knowledge bank. Content creators like Sam and Trifunoski love to entertain. Musical artists like Julian express their love for the game through lyricism. And there are those who don't even play, like George Machado, who love to create events for the community.

Life is an open-ended game in which you often decide on your own objectives and missions. There are so many ways to approach any hobby. Do you want to record a Yu-Gi-Oh rap? Write articles to teach people? Design 3-D cards? Edit a parody video? Grind the regional circuit for Worlds points? Buy and sell cards? The best place to start is to ask yourself what fundamentally motivates you. Once you understand where you most derive purpose, you can find the exact activity that most fulfills you and become the player you're meant to be.

Understanding motivation is invaluable. I first learned the importance of this framework while raising investments for my business. I learned that the reasons that convince one person to bet on you are not the reasons that another will find convincing. A person more motivated by numbers may want to invest because they want an opportunity to see a profitable return, but someone who doesn't care about money wouldn't be moved by a pitch about their return on investment. They might be more sold on the idea of investing in a product that helps society if they're more motivated by community. By catering to the different motives and purposes that people live for, you can provide exactly what they need.

In the next article, we'll examine how Konami does that with Yu-Gi-Oh!