It's a pretty weird time to be a Yu-Gi-Oh player.

With most in-person events cancelled right now, everyone's finding their own way to play Yu-Gi-Oh. For some, that means Remote Dueling. For others, it means using one of the many online platforms that are out there. And, of course, there are duelists that have decided to take a break from the game until things pick up again.

Regardless of how much you're playing Yu-Gi-Oh right now you'll want to have a plan for when tournaments open back up. This article's meant to help you choose your Yu-Gi-Oh deck, for tournaments or otherwise. The goal isn't to tell you what to play, but rather to open a discussion about some of the key areas you might want to consider when deck building. Different players value certain aspects more than others, but you'll need to consider all of these areas at some point. 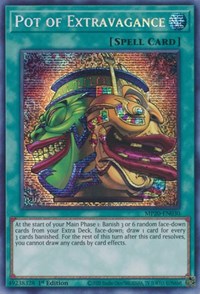 For many players, budget's one of the biggest deciding factors when choosing a Yu-Gi-Oh deck. After all, if you can't get the cards you want, you'll have a difficult time playing the strategy you want. Don't forget that "budget" doesn't necessarily mean the same thing for every duelist. Buying a playset of Ash Blossom & Joyous Spring might not seem like a lot to someone with a $500 deck, but it might mean a lot to someone who plays with three Structures.

Even with bigger budgets you'll see different breaking points where players are willing to spend money. There are competitors that prefer to purchase expensive  cards only when they can be used in multiple decks like Pot of Extravagance, Infinite Impermanence, and Crystron Halqifibrax. There are also players who are okay buying almost anything they need, but they'll draw the line at prize cards. Regardless of your situation just remember that you shouldn't let anyone else decide your personal budget. For the vast majority of duelists Yu-Gi-Oh! is just a hobby. There's no reason to skip paying rent for a month just to pick up a Ten Thousand Dragon!

I always recommend buying relatively inexpensive cards that can be used in as many decks as possible, especially ones that will likely see play for a long time. Called by the Grave, Ash Blossom & Joyous Spring, Effect Veiler, Dark Ruler No More, and plenty of others fall under that category. Making smart purchases is the best way to stretch your budget as far as possible. If you have a strong starting point of competitively viable cards, it'll make each subsequent deck a little less expensive.

Of course, if you're playing online through a simulator, then you often won't have to worry about a budget. Simulators have always been a great way to try cards before you buy them, and I think many players use them for precisely that reason!

I'd also suggest asking your friends which cards they've gotten the most mileage out of if you're looking for a place to start building your collection. If someone paid a lot for a card and didn't end up using it, I'm sure they'll be glad to tell you about it. 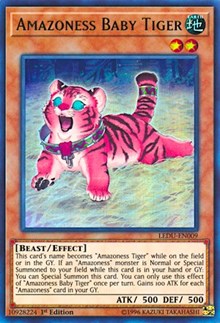 What's your goal when you're building a deck? Is it to top the next tournament? Get your first invite at a Regional Qualifier? Finally defeat your friend who's been crushing you with their Kaiba Starter Deck? The answer changes depending on what you're preparing for, but it's still important to figure out your objective when you decide on your deck.

That's not to say you have to play whatever the best deck is when you're making your choice, but you should be aware of what you're climbing toward. Even between two less popular decks there's usually a better choice for tournament play, and there's a ton of data out there to help you out. Reading articles, watching Youtube videos, and talking to other players can give you a good idea of what decks people are using. From there you can try a few of them and settle on one you enjoy, or even build a completely new strategy.

For example, my mindset's very different when I'm preparing a deck for a local tournament than a YCS. When I took a crazy Phantom Knight Amazoness deck to locals a while back I wasn't trying to counter my local metagame, I was just trying to have fun. But when I took Altergeists to YCS Portland 2019 I spent hours researching the best decks before settling on that particular choice.

By understanding your own objectives you make the best use of your time (and your money). Once again, nobody can decide your goals besides yourself, so try not to let anyone tell you what you want. Your friend might have the best intentions when they set you up with a topping strategy so you can get your invite, but maybe you just want to have fun at the lower tables with your own unique build. Everyone has different aspirations for their Yu-Gi-Oh success and you shouldn't let anyone tell you otherwise. 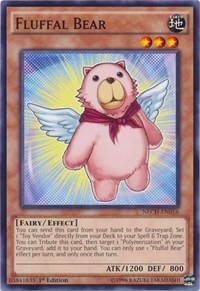 I know it sounds silly, but hear me out: artwork should never be the deciding factor for a competitive Yu-Gi-Oh deck. If you're going to a tournament and you want to win the event then you shouldn't let guide your deck choice.

However, plenty of players do make decisions (especially at lower level events) based on artwork. Before you even read any of the cards in a new theme, the artwork's going to be the thing you respond to first. For this reason I would say card art is still one of the many things players look at when deciding on a deck.

I also believe the art style's a significant point when players start enjoying a particular deck more than others, even if it's just for casual play. I've loved the Fluffal theme since long before they received many of their best cards, and it wasn't because of any of their mechanics; I just thought they were cute. The illustrations that define Yu-Gi-Oh can be found all over the place: playmats, deck boxes, trade binders, and even online avatars. It might be subconscious more than anything, but if you put two equally powerful decks in front of a person and ask them to choose one to play, they're probably going to pick the one with the cooler artwork. Many of us even made this exact decision when we bought our first Starter Deck! 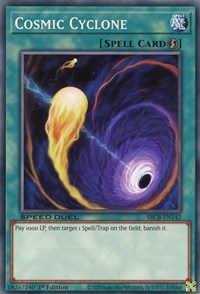 Even among the top strategies there's never a "perfect" deck. If one strategy's topping way more than the others, there's not going to be a perfect way to build the deck for every event. Hybrid decks, tech choices, and specific card ratios are just some of the ways that an established theme can be changed to be better prepared against the expected matchups.

That said, I think there are four main metrics I tend to use when I'm analyzing decks: consistency, versatility, inevitability, and recovery. All the top decks tend to be good at most of those, but they're often especially great at a couple of them. These aren't the only categories that someone might use to analyze a deck, but they are a decent starting point.

If you value consistency over everything, then you may be inclined to play a more standard list that's proven in competition. That's a completely valid way to choose a build! Tech options are often risky: if they work then you win big, but if they fail you have dead cards. But even among the top decks themselves there's usually one that's more consistent than the rest. For a long time, Sky Strikers and Salamangreats were the go-to kings of consistency. They didn't have as powerful openings as the big combo decks, but they almost always drew a playable hand.

Versatility reflects how easily you can adapt to different situations. It's easy for a player to focus too much on making their deck as consistent as possible without factoring in their opponent's interruptions, but there are always ways to make your strategy more versatile. We've seen competitors use cards like Cosmic Cyclone or Paleozoic Dinomischus in their Invoked Shaddoll Main Deck so that they didn't lose to a Game 1 Mystic Mine. That deck wouldn't have a great way to deal with Mystic Mine otherwise, so by adding a few copies of those cards the deck became more versatile at the cost of a bit of consistency. Versatility can also relate to how well a deck performs going second, something many players overlook. Lots of decks can make crazy Turn 1 fields, but only the best of them can also break their opponent's field going second.

Inevitability can mean many things, but I think of it as a measure of how powerful your deck is when it's uninterrupted. This might sound weird, but underperforming decks often have too many reactive cards, or their combos aren't strong enough to win games even when they're free to act. Almost all of the decks that regularly top tournaments have inevitability. If you let a deck like Synchro Eldlich or Adamancipator put up a board without stopping it (or having a way to break it) then they're going to win the game on their first Battle Phase almost certainly. It's not enough to break the board of an Eldlich player, because they have so much inevitability with their graveyard effects. You also have to either set up your own field or go for an OTK, because very few decks can out-resource them.

A lack of recovery doesn't necessarily make a deck bad, but it is something to consider. Combo decks have historically suffered with recovery. If your first turn combo uses your entire hand and 14 Extra Deck cards, then you're not going to have a lot to work with if your opponent breaks that opening field. This doesn't mean all combo decks lack recovery, of course, but it tends to be one of their weaker areas. Part of the reason that Adamancipator's so strong right now is because it's a big combo deck that also has great recovery with cards like Block Dragon, so if Adamancipators lose their entire field they can often build it again.

These criteria don't all share the same importance for each player in every situation. What you choose to play against your friends at locals isn't necessarily what you'll choose for the next Regional Qualifier. The areas that I've described in this article aren't even close to the total number of factors that go into your deck choices, let alone how you decide to select the individual cards in your list.

Being aware of what matters to you most is by far the best way to decide what Yu-Gi-Oh deck you want to play. Many duelists can't play in a lot of tournaments right now, so feel free to come back to this article in the future if you're overwhelmed with all the decks that are available! This isn't a comprehensive guide by any means, but it should be a good starting point for anyone stuck choosing between multiple decks.