Yu-Gi-Oh's more than an exciting hobby; it's a community of people from all kinds of backgrounds. If you spend enough time being a part of that community, you inevitably form relationships that change the trajectory of your life. In this article, I'll share about the importance of networking in Yu-Gi-Oh and provide tips on how to do it well.

When I first began traveling the YCS circuit in 2012, I felt alone. At that time, all of my Yu-Gi-Oh friends were based in Houston, and none of them traveled. I had no one to hang out with between rounds. At my third event, I had such a difficult time finding accommodations that I resigned myself to staying with a stranger I met online (this was before Airbnb made it easy to find a cheap room). Thankfully, Scott Page, a fellow Texan duelist and recent winner of YCS Las Vegas, saw me and warned me that the person I was staying with was a known thief. I immediately took my bags out of the room before spending my first night in that hotel, dodging a bullet.

The thought that I'd almost stayed in a hotel room with someone who was likely going to steal from me spooked me. I decided that I needed to make friends with trustworthy people and stick with them. As I was getting to know Alison Leverett, Yugi-mom extraordinaire, I told her what had happened and that I was looking for a trusted group to travel with. I stayed with her family at every event for many years up until her boys retired from the game. Over time, our extended family grew, and it was because of that connection that I met Patrick Hoban. Today in 2020, Patrick and I are in our third year together as business partners. These impactful relationships all started because of an almost-theft.

"Success in Yu-Gi-Oh is measured by how many friends you have at the end of your career." -Ed Acepcion

Why You Should Network
To network is to connect with people. In business, networking is typically done to find employment opportunities. However, there are many other reasons to network.

Networking gives you a competitive edge. More information is preferable to less information, so it follows that the more players in the community you're connected to, the more information you'll have on the state of the game. Quantity and quality both matter. The better the players in your network, the better you can keep up with the rapidly changing trends taking place. That competitive edge helps not just in playing the game, but also for activities like finding the cards you need.

Networking makes Yu-Gi-Oh tournaments feel like home. With no one to talk to, I felt like a stranger at my first event. Today, I can hardly walk past a table without recognizing someone. The more friends you make in Yu-Gi-Oh, the more comfortable you'll feel at tournaments. The stories that take place in our community are more interesting than the anime itself, and networking gives you a front seat to see those stories unfold.

Networking creates lasting value outside of the game. The Yu-Gi-Oh community is a place to meet lifelong friends. We've seen romance happen because of Yu-Gi-Oh, such as the power couple Jeff Jones and Max Reynolds. We've seen friends team up to start card shops and other small businesses. It's thanks to networking in Yu-Gi-Oh that I met my startup co-founder, that I've published content for big brands like ARG and TCGplayer, and that I have an internship for the summer during my MBA. 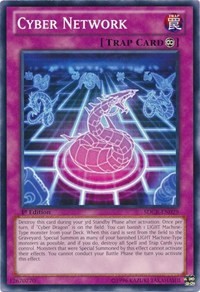 Know Yourself
Good networking starts with building your brand, and you can't build your brand effectively unless you know yourself well. As you think about what kind of brand you want to craft, consider both your strengths and your image. If you aren't sure, asking friends what they think is a good place to start.

For example, Steven Trifunoski is a well-known personality in Yu-Gi-Oh currently. One of his strengths is his physical fitness, and as it happens, that directly affects his image as well. He portrays the character of a gym bro online, and it successfully garners him mass attention from fans, because there is no other gym bro personality in Yu-Gi-Oh. While Steven as an actual person might have a more complex personality, he plays into his appearance and has leveraged it to build one of the most unique brands in the community.

Imagine if a popular player like Ed Acepcion tried to be the meathead of Yu-Gi-Oh. It simply wouldn't work; not only does he not look the part, but he's too affable and emotive. However, a role Ed does fit well is chef. He once told me that food is the one passion he shares as deeply as Yu-Gi-Oh. He's now adored for his livestream series, "Cooking with Ed."

I built my own brand through the written word. For as long as I can remember, I've loved writing. In Yu-Gi-Oh, I first wrote on message boards. Eventually, I succeeded in an article contest held by ARG that landed me my first official writing job. This got the attention of my co-writers, like Patrick. When he saw that I had valuable things to say in my articles he spoke more to me, and eventually we became good friends.

Whatever direction you take your brand, you want to emphasize your strongest qualities in order to fill a niche market. The more unique those qualities, the stickier they'll be in people's memories. Applying redundancy is also effective. For instance, Ed doesn't just cook on livestream, but he also passes out stickers at events that show him cooking. Steven doesn't just shoot Youtube videos in character, but he also posts frequent updates on social media in character. Take advantage of the different mediums and platforms you have available. 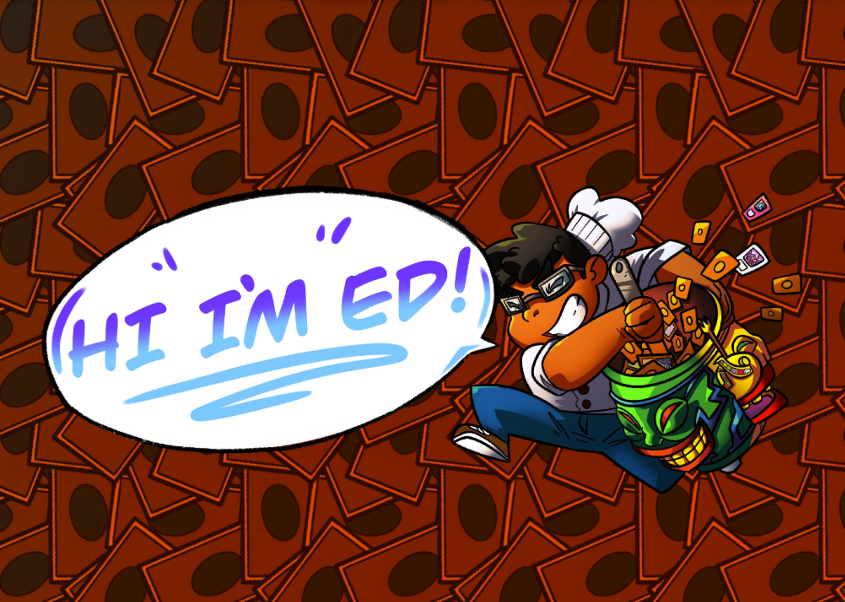 Too often, people don't acknowledge that they're making a sale when they network. This leads them to ask for something that only benefits themselves. High-profile Yu-Gi-Oh players are pestered frequently with requests for their decklists or for advice. These requests typically come with reasoning for why it'd mean so much to the person making the request, like, "I have an important Regional coming up and need my invite."

Before making an ask, consider the perspective of the person you're approaching. If it's a high-profile player, ask yourself how many messages like yours this person already receives. Consider what they have to gain or lose. In the case of the most dedicated players, to ask them to share their decklist with you is asking them to risk their livelihood. They're saving their golden idea for the next major event, and you want them to give it away to you. Does it make sense to expect someone to sacrifice their next YCS performance for a stranger in return for nothing?

Empathy is the heart of persuasion. To connect with people and gain from them, you must have something yourself to give. Before making an attempt at connection, ask yourself what the other person might need before considering your own needs. It doesn't always have to be Yu-Gi-Oh related. As much as I tried to help, I never really made a significant contribution to Patrick's deckbuilding ideas. However, in the time we spent together, he saw other aspects in our friendship that made him want to work with me both in- and outside the game. Find your own unique way to add value. 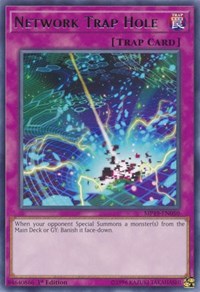 Tips for Effective Networking
Here are some tips to help you network effectively.

1. Tie your networking targets to your goals so that you aren't connecting with the wrong people at the wrong times.

2. Over-reciprocate. Giving more than you get from others builds a healthy brand. One cold night, superstar Jesse Kotton lent his coat to my shivering, underdressed friend Alex even though he didn't know Alex well. Alex has excitedly retold the story of this kind gesture to many, boosting Jesse's image as a down-to-earth celebrity duelist.

3. Keep in touch with people regularly, especially during difficult times. People remember those who show them interest and care.

4. Make introductions to help network others. They might return the favor, and even if they don't, it's good to be seen as a connector.

5. Stay memorable. Whether it's Ed Acepcion's stickers, Dominic Couch's catchphrase ("Don't sleep on the Couch"), or Frazier Smith's fashion style, there are plenty of ways to stick out in people's minds.

7. Be consistent. Maintain a high ratio of things you do to things you say you'll do. If you have a reputation for reliability, people will seek you out.

8. Be inclusive. Dinner outings are a common post-event activity at Yu-Gi-Oh tournaments. Don't just ask the same old friends to eat with you; invite along people you don't know so well.

9. Be more interested than interesting. While I've offered tips in this article to become more interesting, I'd emphasize that it's ultimately more important that you show interest in others. People don't care what you know until they know that you care. Rather than push for where you want to go eat, ask where the group wants to eat. Rather than ramble on about your upsetting loss, ask your listener how their tournament's been going. Rather than claim credit for the latest deck idea, draw attention to others for their own accomplishments. You'll find that showing interest in others makes you more interesting to them.

10. Be positive. It's human nature to gossip. Inevitably, the negative things you say behind a duelist's back will get back to them. The one way that you can guarantee no one hears about an ill word you spoke of them is to not speak ill of anyone. People are inherently attracted to positivity.