Often there is an assumption that premium cards are always more expensive, but this is far from the case. Since Throne of Eldraine, Wizards of the Coast has drastically ramped up the number and variety of premium cards they print for each set. Beyond "normal" and "foil" cards, all Standard-legal sets now include... 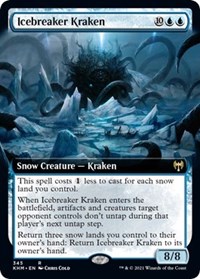 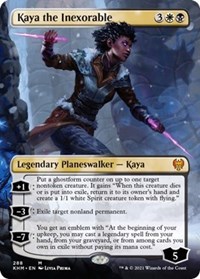 And Showcase cards, with fancy card frames that reflect the set they're from: 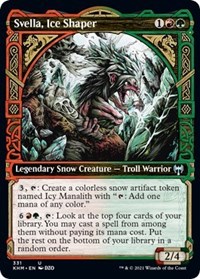 What makes these premium cards exciting is that you can get these in non-foil as well as foil. Not everyone wants to have foils in their deck, for aesthetic or competitive reasons, and having non-foil options provides an excellent alternative.

The sheer number of unique variants available gives you the option to bling out particular cards on the cheap. Since there are so many premium cards, their prices on the secondary market are quite low—sometimes, even lower than the non-premium versions. For Commander enthusiasts, there are so many affordable options to give your deck that personal touch.

Late last year, Commander Legends brought exciting new cards to the format while reprinting desirable staples. Commanders who were only available in sets with limited print runs like Conspiracy—looking at you, Queen Marchesa—were finally printed in enough quantity to lower their price.

Thanks to how many people opened Commander Legends, the price of the set's etched foil cards is lower than you might expect. 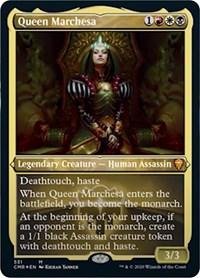 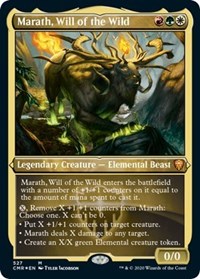 Even highly competitive commanders such as Najeela, the Blade-Blossom are now affordable since the Commander Legends reprint. Before, Najeela commanded a steep price since Battlebond saw a small print run upon release. Similarly adored commanders such as Marath, Will of the Wild, and Brago, King Eternal received the etched foil treatment too. Etched foils are an elegant yet affordable way to give your Commander some personality across the table.

Mana rocks and ramp are the backbone of any Commander deck, and it's essential to run enough so you can cast your game-ending spells.

Players have been clamoring for a Fyndhorn Elves reprint for years, and Commander Legends finally delivered. Before the reprint, Fyndhorn Elves saw a high price tag as it played in green-based ramp decks. Often you want to run as many mana dorks as you can, and this is where supply began to dry up on Fyndhorn Elves. Although this is the third printing, there is enough circulation to keep this affordable alongside the extended art. 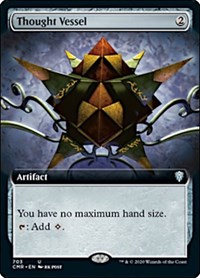 Thought Vessel remains one of the most desirable colorless mana rocks available because it gives you an unlimited hand size. As a result, it used to warrant a high price tag. Thanks to Commander Legends, you can pick up the artifact for cheap with the option to pick up the extended art version for a little more. 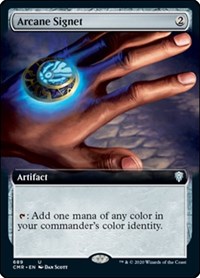 Arcane Signet has quickly became one of the best artifacts in Commander, going in every deck as it's so versatile. Commander Legends has made it practically as common as Command Tower, which has kept prices down. The non-foil extended art is super affordable, and you'll get plenty of mileage across various decks with the card. 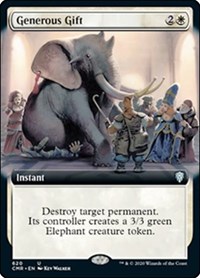 Another rising Commander staple is Generous Gift. Modern Horizons saw a considerable impact across various formats which drove the price of singles. Even uncommons such as Generous Gift were hard to come by as circulation dried up quickly. Fortunately, Commander Legends granted access to the versatile instant with an inexpensive extended art version if you prefer.

Although they generate plenty of criticism, Secret Lairs offer an opportunity to pick up once-expensive singles at a cheaper rate. You don't need to fold to the "once it's gone, it's gone" marketing campaign of the series, since you can buy these as singles once the drop is released.

In most cases, acquiring a few cards from a Secret Lair drop will be cheaper than the drop itself. 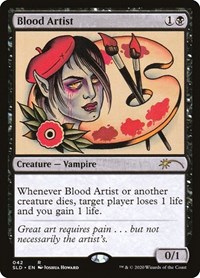 Blood Artist is a fantastic example of the kind of card Wizards of the Coast likes to include in these Secret Lair drops. With a powerful effect and a low mana cost, it sees play in practically every Commander deck with sacrifice synergy Although this variant does not exist in foil, it does offer a nice upgrade to the original. 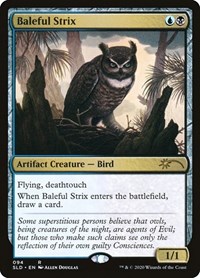 Another powerful card that saw the Secret Lair treatment is Baleful Strix. Commonly played in Legacy, Baleful Strix is a decent option in Commander since you can use it to generate card draw and trade favorably in combat. Plus, it pairs well with flicker strategies or with Yuriko, the Tiger's Shadow at the helm. The Secret Lair art offers a classical take on the artifact bird. 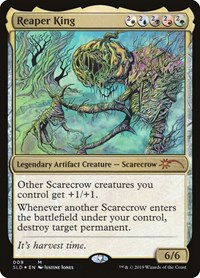 Shifting to playable commanders, Reaper King saw an exclusive reprint in the "Kaleidoscope Killers" Secret Lair, which featured noted five-color commanders such as Sliver Overlord. Reaper King is a long-time favorite option and looks to get a boost in Kaldheim as Changelings are returning to the game. Not to mention, this art is incredible and enough to get the table talking. 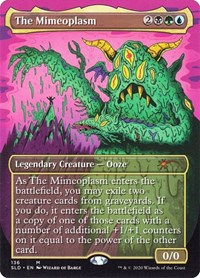 As part of the "Prime Slime" drop, The Mimeoplasm is a long-time favorite Commander for Sultai enthusiasts as you can clone powerful creatures such as Death's Shadow and Eternal Witness to great effect. You aren't limited to recursion either, and could easily create a fun Ooze tribal strategy with cards such as Scavenging Ooze and Voidslime if you want a casual approach.

Like all Standard sets since Throne of Eldraine, Kaldheim is packed with showcase cards and other premium prints. 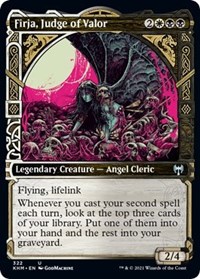 Plus, the Pathway cycle will become complete, with borderless versions of each land. 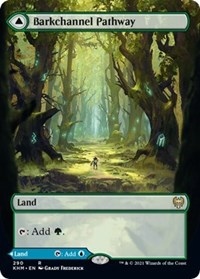 If you follow my articles, you'll know that I am a big fan of the Pathway cycle in Modern since it allows sufficient fixing on a budget. This extends to Commander too, as these slot well within two or three-color strategies. These are always a great pickup, especially if you want to extend into Pioneer or Standard at a later date.

The biggest takeaway is that it's becoming easier to build personalized Magic decks affordably. With each new release, WotC is flooding the market with a constant circulation of unique-looking singles. Still, it's worth remembering you can always ignore these and stick to the regular frames. Magic cards are luxury items, and premium Magic cards are even more optional than regular ones. But if you want to give your favorite Commander deck that personal touch, it's never been easier or cheaper to give your deck the attention it deserves.