I was in elementary school when Pokémon was the new big thing. It made us crazy. It caused enough drama to get banned from many schools. It drove kids who knew better to commit terrible crimes.

I admit I was part of the problem. I am guilty of Pokémon crimes. Probably my best work was smearing peanut butter onto the back of a Charmander and baiting other kids into grabbing it. The most harmless was just trading the cards as intended—and this was only a crime because my school said it was. But my worst crime was outright larceny.

I'm not proud of it. I stole a lot of cards before I was old enough to develop a sense of values, but I knew I wasn't supposed to be doing it. I was recently reunited with my long-lost card collection, and now I have to face the deeds of my dark and sordid past.

This is my confession.

I guess this journey started a few months ago, when I learned that we at TCGplayer were going to be diving into Pokémon for Infinite and Direct. I remembered collecting the cards as a kid, but my product knowledge had degraded a lot since then, and I thought getting reacquainted with them might be a good idea. So I called up a friend.

Fourteen years ago I gave my entire collection away, and most of it went to this friend. When I asked if she still had them and if I could take a look, the news wasn't great. She hadn't seen them in years. Maybe they were buried in her parents' basement. Maybe they'd been thrown out. No one knew for sure. Disappointed, I eventually forgot about it.

Last week, we met up for breakfast and coffee before work.

"I have something for you," she told me. Yay! I love surprises.

It was a shoebox, and when I opened it those, yellow borders glittered like long-buried pirate treasure. The dopamine rush was instant and familiar. Oh yeah, I remembered that feeling. Absolute senseless greed.

You see, I never even learned how to play the game. I just needed to have them.

Breakfast was lovely, and when I got back home, I reported my surprise find to my team in our morning meeting, and showed off a few old cards. There was some cool shiny stuff in there. Finding out if any of it was worthwhile was going to be a fun little project, but my expectations weren't too high.

I decided that the logical first step was to separate Holos from standard printings. Then, to soothe my bruised sense of morals, I separated them into two piles: "definitely stolen" and "probably not stolen." I needed to know the full extent of my wrongdoing before potentially profiting from it. (It's twisted, I know.)

Memories from first grade are pretty foggy. I did my best to step into childhood Quentin's shoes and think about which of these cards would have stirred her criminal impulses strong enough to actually go through with the theft.

I immediately set aside a beat-up old Blastoise and a medium-scratched Clefairy as "definitely not stolen." Those Pokémon weren't cool. Young Quentin had a definite sense of aesthetics, and it did not include turtles or… whatever Clefairy is.

Five—that's right, FIVE—different versions of Ponyta went to my "definitely stolen" pile. I was a horse thief for sure. A couple Rapidash cards got thrown in as well. They weren't Holos, but that didn't matter to me. I put a Vaporeon (base2-28) in the pile too. That one, I actually remember stealing. It was the crown jewel of my counterfeit collection. I also added its Jolteon (base2-20) and Flareon (base2-19) counterparts, because honestly, I think I would have taken the whole set. 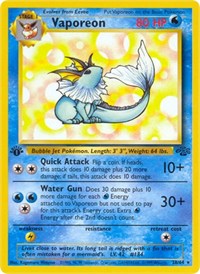 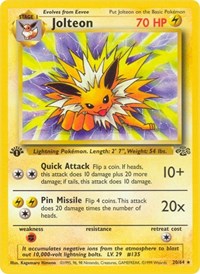 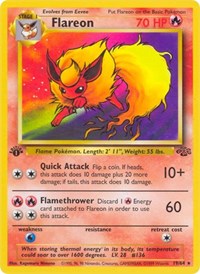 Most of the cards were non-Holo trash—you know, filler for the long grass, like Caterpie. They all went straight into the "not stolen" pile, because I doubt I'd have gone to the trouble, and I did honestly purchase packs sometimes. I think that these were leftovers from a legitimate purchase.

The Holo cards were split closer to 50/50. I know some of them were trades or gifts, like the Neo Genesis Meganium (neo1-11) (thank you to a cousin, I think?), but realistically, there were way too many for me to have gotten them all through honest means. I was paying with actual coins back then, and I vividly remember the look on the card store guy's face when I dumped a bag of dimes onto the counter. 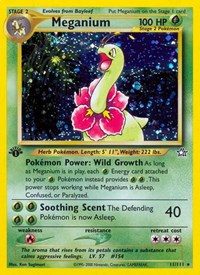 Machamp wasn't cool, so he joined the "not stolen." A set of legendary dogs went in there, too—I remember trading furiously for them after Pokémon 3 came out. One of these was a first edition Suicune (neo3-27) from Neo Revelation, so I counted my blessings that it wasn't gained through evil.

Dark Dragonite (base5-22), Dark Typhlosion (neo4-10), and a Japanese Typhlosion (neo1-18) were all definitely stolen because I was a 7-year-old edgelord. Zapdos and Mewtwo, too—because I never had the luck to pull them from a pack. If you weigh my sins in dollars, my worst was probably a base set shadowless Ninetales. (I actually cringed when I saw the market price on that one.) I don't know what it was about these Fire types, but I had absolutely zero self control when they were within easy reach. 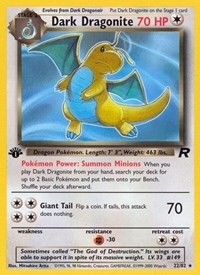 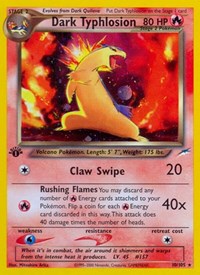 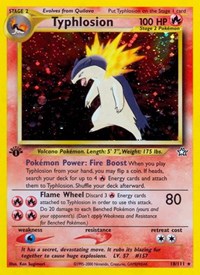 This shoebox of old cards is what many collectors dream of finding, at a yard sale or in some relative's attic. Left untouched for over a decade, it represents a mystery of unknown value. Sorting through the stacks and finding out what you've got has a thrill of discovery...even if, in my case, it also comes with more than a twinge of guilt. I had a couple of very exciting and unexpected cards in there. The definitely-not-stolen Blastoise? Turned out to be the highest value card in there. If I actually manage to sell any of these cards, at the very least I owe my friend breakfast for returning the cache.

So, sometimes crime definitely pays. I'm not proud of what I did, but I've grown up. Before you weigh my heart on the scale, I have a couple points to make in my defense.

First things first: I wasn't a bully. I never beat anyone up to steal their cards. In fact, I did more trading than stealing.

Second, let's keep in mind that, at the time, these cards didn't have the value they do now. I didn't steal these for the money, these were purely crimes of passion. I just loved the 'mons. I didn't have money because, you know, I was seven. And I didn't have a Gameboy to play the game or cable to watch the show, so, desperate measures and all that.

And finally, I never kept doubles. One thing that jumps out at me now that I've got these cards back is that I only have singles of anything left. Whenever I got a duplicate of anything, I traded it or gave it away. 'Gotta catch 'em' all meant exactly one of each to me, so even though I took a lot of cards, I also gave back to my fellow gamers and helped a few other kids out with their collections.

I'm not saying what I did was right, I'm just saying, cut a 7-year old some slack.