Khans of Tarkir has been fully spoiled. The prerelease is this weekend, and on September 26th Khans of Tarkir will officially be Standard legal and available for purchase. Return to Ravnica block and Magic 2014 will be no more, so it will be Theros block, Magic 2015, and Khans of Tarkir setting the Standard stage. We will all be playing with these cards in Standard very soon, so the time to prepare is now.

I have put together some decks to paint a picture of what the upcoming Khans of Tarkir Standard metagame might look like. These decks showcase some of what is possible in the format, and they feature the best of Theros and Magic 2015 along with the most promising cards in Khans of Tarkir.

I built the manabases with a focus on reliably casting spells, and I was sure to include enough colored mana to cast all of the spells on curve with a 90% or greater reliability. I balanced the colored mana by employing the mana guidelines set forth by Frank Karsten in his ChannelFireball article, "Frank Analysis – How Many Colored Mana Sources Do You Need to Consistently Cast Your Spells?"

I chose the most powerful and efficient cards available up the mana curves, and I focused on building decks that could take full advantage of cards from Khans of Tarkir. I took a lot of insight from both Theros block constructed and this past Standard format. The decks I share today are built on sound principles and most have some form of competitive pedigree on which they are built. These decks should serve as a strong base of a testing gauntlet for gauging the realities of any new deck ideas.

I start today with a deck featuring a robust, aggressive shell replete with synergies. At the core this is a Warrior aggro deck that seeks to maximize tribal synergies found with both Chief of the Edge and Chief of the Scale. These are each competitively costed creatures in their own right, and combined with other Warriors they become overpowered.

Raiders' Spoils falls somewhere between an anthem and Bident of Thassa. It's a way to snowball a small edge into a huge one, and it does a lot to boost the power level of this deck. It could very well be the best reason to be playing a deck like this, so two in the maindeck may be warranted.

Goblin Rabblemaster is also a Warrior, so it was a clear addition to this deck, a great card worth splashing for, and a great incentive for beginning an adventure into Mardu. It fits well with the aggressive theme and its ability to churn out tokens is a form of card advantage and tempo that will win the game if uncontested.

Butcher of the Horde is quite strong by itself as a large, robust, evasive threat, but it also has incredible synergy with Goblin Rabblemaster, which generates free fodder each turn, and Bloodsoaked Champion, which can be sacrificed and recast each turn. This package adds another layer of synergy and power to this deck, where it serves as the perfect top-end for going over the top of the opponent.

Mardu Charm bridges the gap between threat and disruption. The second ability makes two 1/1 Warrior tokens, which enables various synergies, whether it be fodder for Butcher of the Horde or an attack buff from Chief of the Edge. The ability to deal four damage Removes most of the problem creatures in the format, while the discard ability clears the way of removal and planeswalkers.

Thoughtseize may still be the best card in Standard, and it's put to great effect here. It's ideal in this deck as a way to disrupt their disruption to protect synergies. It's also quite potent for simply disrupting the opposing strategy. It helps this deck craft its plays and best leverage its own cards to find a path to victory. The disruption package goes on to include the versatile Lighting Strike, which can destroy an opposing creature or go to the dome.

The sideboard includes many of the best Mardu cards available, whether they be very efficient or highly powerful. Crackling Doom is a little bit of both, and it will have applications against a wide variety of opponents. It comes in to give this deck more creature removal while still maintaining its aggressiveness.

Sarkhan, the Dragonspeaker will be dominant in midrange creature matchups as a removal spell and hard to deal with threat. Sorin, Solemn Visitor has two uses: one as a way to win a damage race against an aggressive opponent, and two as a source of board presence and card advantage against attrition strategies.

The Mardu wedge cards and both of the planeswalkers offer a lot of power and utility by themselves, so they also help this deck transform away from synergy and more towards quality against opponents with ways to disrupt said synergy. Zurgo Helmsmasher also meets that end and is a great way to shift up the curve and hit very hard against overwhelmed control opponents or against those light on removal spells that will rely on blocking.

Two copies of Erase are a clean answer to Courser of Kruphix, a must-kill card for aggressive strategies like this one.

Some possible cards to consider are additional one-drops to push the aggression, likely Gnarled Scarhide or Soldier of the Pantheon. Brimaz, King of Oreskos could also have a place. There is also a lot of potential removal available, including Hero's Downfall, Bile Blight, Magma Spray, Magma Jet, Banishing Light, Suspension Field, and even Utter End. This might also be a great place to test a sideboarded Ankle Shanker.

This deck abandons any tribal synergies and focuses on playing the most aggressive and powerful cards possible. It includes more burn maindeck, notably a full set of Stoke the Flames. With a set of Firedrinker Satyr it plays four more one-drop creatures. Sarkhan, the Dragonspeaker is a great top-end for an aggressive deck like this, and it helps give it a much higher power cap than it would have without the planeswalker.

Abzan stands out as one of the premier decks in Theros block constructed and a big winner from Khans of Tarkir with the powerful Siege Rhino and versatile Abzan Charm. This deck takes full advantage of those cards in an aggressive midrange shell, featuring a set of Thoughtseize backing up a curve of undercosted creatures. Fleecemane Lion and Brimaz, King of Oreskos are creatures capable of winning games by themselves, while Elspeth, Sun's Champion is simply one of the most powerful and gamebreaking cards in the format.

This Naya Midrange deck is based off of the successful deck from Theros block constructed and later Standard. Sarkhan, the Dragonspeaker is a natural fit here. The deck is filled with ways to combat aggressive decks, including maindeck Arc Trail and a full set of Magma Spray in the sideboard.

This is effectively a big-mana ramp deck that seeks to play large creatures and planeswalkers ahead of schedule and go over the top of any opponent. A full 12 acceleration spells speeds into a very powerful top-end of Polukranos, World Eater, Stormbreath Dragon, Xenagos, the Reveler, and Sarkhan, the Dragonspeaker. Savage Knuckleblade and Courser of Kruphix bridge the game between the two sides of the deck.

This deck backs up an aggressive curve of creatures with a suite of burn spells and other disruption. It takes full advantage of both Mants Rider and Jeskai Charm. 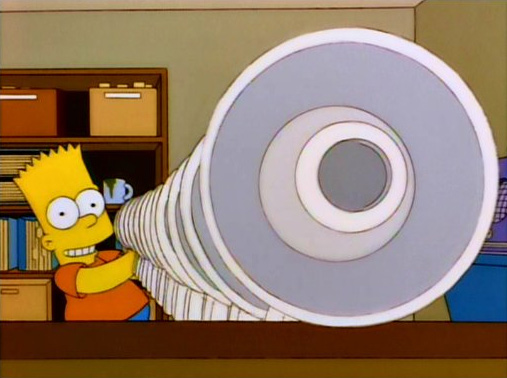 The decks I shared today are poised to define the early Khans of Tarkir Standard metagame. Will synergy rule the day, reminiscent of the time when Monoblue Devoton was king? Perhaps undercosted threats with game-winning potential backed up by removal spells and oppressive Thoughtseize will dominate, mirroring the long-lasting tyrant that was Black Devotion. Maybe going over the top with mana acceleration and massive threats is the ticket, a strategy that Green Devotion and GR/x Monsters displayed throughout last Standard season.

It's clear all of these approaches have some merit. What's not clear is the role of control decks, as the loss of Sphinx's Revelation and Supreme Verdict has rendered traditional control strategies obsolete and has left players digging for the newest incarnation of Brian Weissman control. End Hostilities shows promise, but it's quite expensive. Perhaps red will fill the void by leveraging Anger of the Gods. Perhaps Sultai, a top Theros block constructed archetype, will fill the void? Share your insights in the comments!