A couple of weeks ago, Tom "the Boss" Ross Put Away the StarCity Invitational with a Monored beatdown deck, "Boss Sligh" that knocked the metagame on its ear.

Tom's deck is quite different from most of the burn-based red and red/white decks we have become accustomed to. This is a BEATDOWN deck. It is almost half creatures with a ludicrously low curve. Twenty one-drops and only seventeen lands!

When everything goes according to plan, Tom's deck can put enormous pressure on an opponent from the first turn. It challenges the opponent to have the right answer -- or even multiple blockers -- or acquire a face full of broken teeth.

But a deck with so many small creatures -- and so few lands -- demands, game after game, something of its player that a resource-rich deck like UW Control or Monoblack Devotion rarely will. A deck like this can be thin on lands in the opening hand, and has precious few ways to regulate its draw as the game moves on. Though you will usually be ahead with one-drops and two-drops early, if you can't keep the pressure on and the evasion up, you may fall behind.

Further, because Tom's deck is so reliant on attacking (and attacking with little guys) the wrong opponent packing efficient blockers and creature defense can present considerable challenges; it's not that you can't beat a blocker with a big butt...it's that an attack-focused, generally resource-constrained deck like this one actually asks you to.

That's the thing about some of these beatdown decks.

They look straightforward; you might have to read some of the cards (here Foundry Street Denizen and maybe Rubblebelt Maaka), but actually executing with them against opponents with a variety of tools -- including card advantage and efficient defense -- can be more difficult than seemingly complex decks with more challenging mana decisions, or lots of instants.

In this week's Make the Play Monday we will ask you to make a couple of plays with Tom's fine Red Deck. I think some of these spots look straightforward, but they definitely have different ways you can go with them.

On the draw our starting eight were:

...so a very keep-able hand with multiple one-drops, removal, and evasion / buff.

I chose to open on an Akroan Crusader against my opponent's Forest, leaving open the option for either a turn-two Madcap Skills or an Ash Zealot depending on what he did. 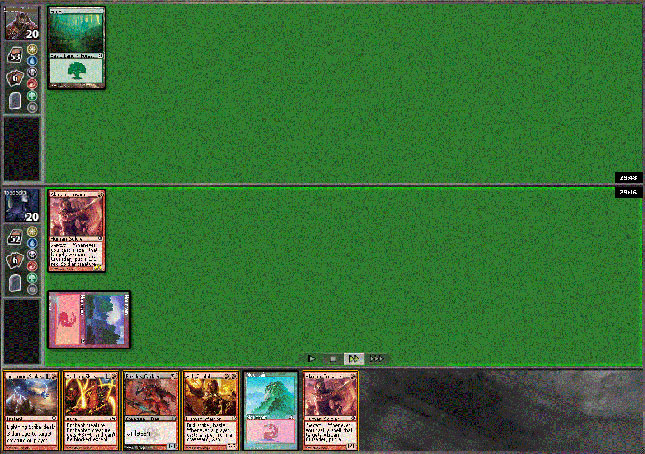 When the opponent played a Swamp and passed -- representing Abrupt Decay in my mind -- I went with Ash Zealot instead of putting all my eggs in a single, vulnerable, basket, and got in for three. 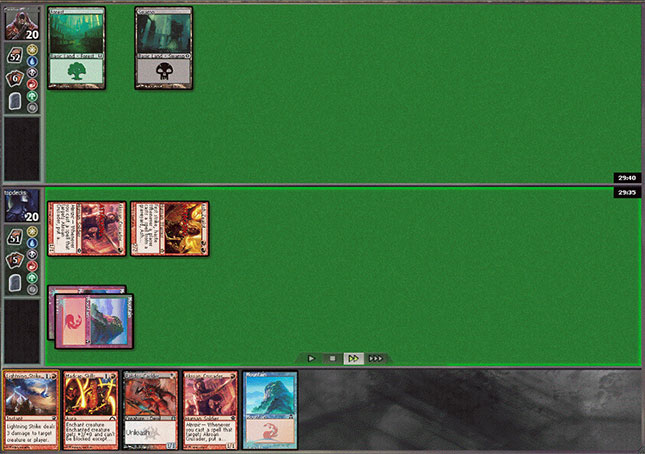 Rather than blowing one of my guys up with Abrupt Decay, the opponent showed me a Grisly Salvage, flipping over an Overgrown Tomb, Elvish Mystic, Forest, Swamp, and Satyr Wayfinder (which he kept).

But instead of the Satyr Wayfinder, he played a Nyx Weaver on his third turn.

Sadly, heroes have drawn a Mountain.

● Two Mountains, Akroan Crusader, and Ash Zealot on the battlefield. 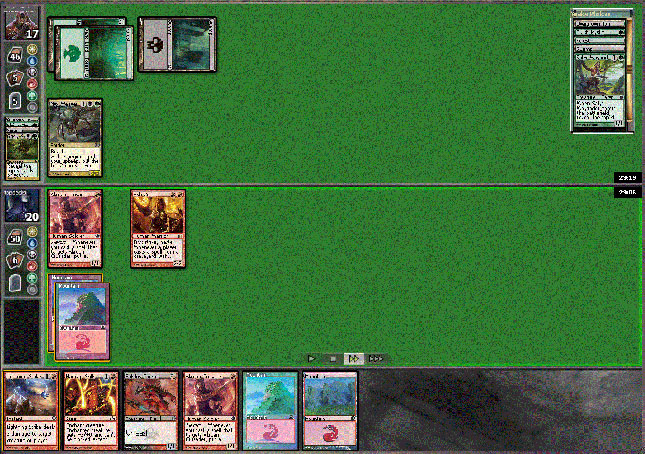 The opponent is playing a Monoblack Devotion deck. It's Game Three and we've seen multiple scry Temples but nothing off-black in the two games we've split.

It's turn four and our opponent has:

● 9 life● Five cards in hand; one card in graveyard (a Bile Blight).● He's tapped out with Swamp, Temple of Silence, and Temple of Malady all tapped for a second Bile Blight aimed at our Ash Zealot. 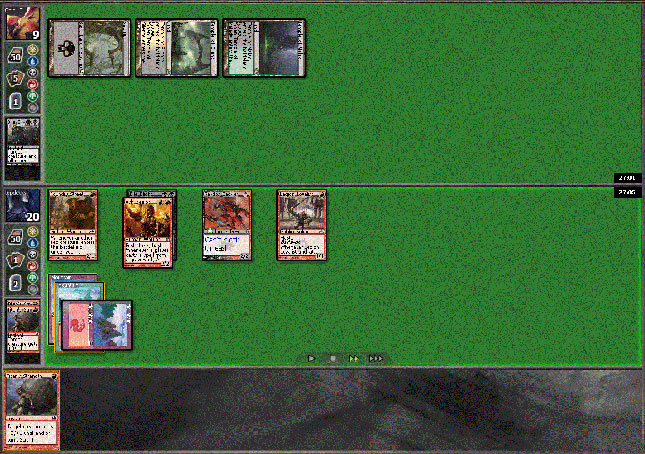 A funny thing about Ash Zealot and the one Bile Blight currently in the opponent's graveyard...

Last turn he pointed a Bile Blight at our Ash Zealot and we responded with double Titan's Strength!

After all the dust settled our Ash Zealot was a 5/1 that lived to fight another turn (and beat the tar out of him, through removal).

Given our current scenario of:

● Foundry Street Denizen (currently 2/1 thanks to Legion Loyalist)● Ash Zealot (probably about to die)● Rakdos Cackler, and...● Legion Loyalist (haste!)● + two untapped and one tapped Mountain● + a hand of only one Titan's Strength...

Scenario Two Play: How do you play out this turn?SCENARIO THREE (totally different game, again)

The opponent has spent the first two turns playing lands; unfortunately for our weapon of choice, they are the two most common colors in terms of killing little creatures.

Though again with a Titan's Strength-heavy hand, we opened on a Foundry Street Denizen over Akroan Crusader.

Given our situation of:

● Mountain, Mountain,, Foundry Street Denizen...● And our hand of:

What do we do here? 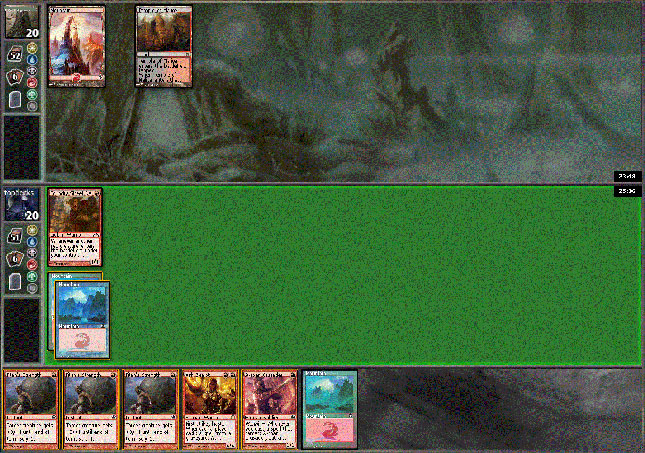 In case you are just joining us now, Make the Play Monday is a weekly feature here at TCGplayer designed to help readers' in-game skills.

Just submit your answers to the three scenarios above in the comments below. One lucky commenter whose proposed plans agree with mine will receive a $25 TCGplayer gift certificate!

Same is true for this week's Celebrity Guest. Answer the same as the as-yet-unnamed celebrity guest for another chance at a $25 TCGplayer gift certificate!