A few weeks ago I wrote about different levels of analysis you can use once a match is over. The goal was to help you place less blame on luck when you lose; if you believe you lost a match due to random chance, there's not much you can learn from it to improve yourself as a competitor. I firmly believe that almost all Yu-Gi-Oh matches are in the control of the player, but sometimes you have to think outside of the box to figure out how that's true.

However, I also mentioned that while luck isn't the biggest factor to repeated tournament success, it is still a factor for many card games, including Yu-Gi-Oh. In today's article I want to discuss some common situations where purposefully leveraging luck can actually win you more matches. Keep in mind that while all of these are valid scenarios, you'll usually want to avoid relying on luck for most of your games. 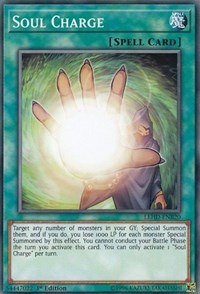 Opening Hands
Sometimes you'll draw hands that are statistically unlikely. Note that I'm not referring to how good or bad your hand is, but rather how likely you are to draw it. A poorly built strategy might open a lackluster hand every eight out of ten openings, but that doesn't mean that the player was unlucky 80% of the time. Thinking back to my previous article this would fall under the category of not building your deck optimally.

Even the best decks in the entire game are capable of bricking. Zoodiacs were one of the most consistent decks in the game's history, but you could still draw unplayable hands a small portion of the time. What should you do if that happens? If you brick, the first thing you should figure out is how to make the most with what you have. Is there a way to field one negation? Is there a way to minimize your chance of getting OTK'd by summoning a few monsters in defense position? What are the ways that you can set yourself up to actually play the game on the following turns?

Those questions are important but they aren't always easy. A lot of the time you're comparing two choices against each other where neither seems like a perfect option. For example, let's say you won Game 1 so you Side Decked to go second in Game 2, but your opponent makes you go first. Three of your cards are hand traps, one is Super Polymerization, and one is Evenly Matched. What do you do?

One option could be setting the Super Polymerization and nothing else. That could let you stop an OTK, and you'd still have your hand traps to stifle your opponent's combo. If you think your hand traps are good enough by themselves you might choose to not even set the Super Polymerization. That means you won't get blown out of the water by a Cosmic Cyclone, and it also means you could use Evenly Matched at the end of your opponent's Battle Phase if they don't OTK you. Making the correct decision comes down to matchup knowledge, your own experience, and maybe even how you perceive your opponent's experience with their deck.

But luck isn't all about bad luck! Every deck's going to have a best possible hand, even if it's statistically unlikely. While you shouldn't invest all of your time learning how to play those hands you should at least know what to do if they actually happen. Back when Soul Charge was Limited I saw a lot of players fumble opening turns with it because they hadn't practiced combos factoring in a mass resurrection. I even Recall some matches where players had the regular combo but played sloppy when they had Soul Charge, only to mess up their original sequence of plays.

Soul Charge isn't the only example. One for One's been Limited for a long time and won't make its way into the majority of your opening hands. But if you're playing it you should practice the combos that are possible when you do manage to draw it. In Altergeists, for example, One for One lets you summon Altergeist Meluseek to make Linkuriboh so you can get Altergeist Multifaker. However, if you happen to specifically draw One for One, Altergeist Marionetter, and Altergeist Multifaker you can set up a pretty insane opening board that the deck's normally not capable of ending on.

I can't count the number of times I've spectated games where I saw a player open with that specific hand only to do the standard Linkuriboh play. They're not a bad player for doing so, of course, but it means they didn't take the time to learn the unlikely combos that only happen once every few tournaments.

In an ideal world you'd draw amazing hands in every duel you played at a tournament. Because there's so many combinations of cards you can open it makes it difficult for all your hands to be great, though, so preparing for both below-average and above-average hands is a crucial step to becoming a better player. 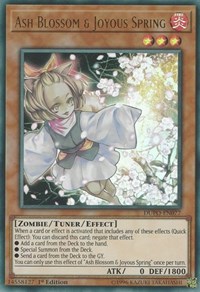 "Unwinnable" Situations
It's Game 3 of the final Round of Swiss at a YCS. You're staring down a field with several interruptions and you don't have a lot of cards. Winning this match means you Top 32 the event; losing it means you bubble. When looking at all your available options, you determine that the only way to win is to get lucky. But what does that mean?

It might refer to getting lucky with your unknown draws. Maybe you realize that the only way you can possibly win this Game 3 is by drawing into the Monster Reborn that's left in your deck. If that's the case, the correct route to win might be throwing some effects you don't care about at your opponent first so that your Pot of Desires can resolve. In a more extreme example, maybe you realize that the only way to win is to blindly Allure of Darkness. Normally that play isn't great, but if it's your only chance to out your opponent's field then it might be the best choice.

Milling effects sort of fall under the same category. In Burning Abyss there are times when the only way to win is by milling a Barbar, Malebranche of the Burning Abyss to the graveyard to burn your opponent. You might look at the fields and decide that your best chance of winning is through burn damage, and that might change your priorities. Yu-Gi-Oh! is a complicated game and some matches put you under a lot of pressure, so it's crucial to ask yourself what your win condition is when you're in a weird spot.

In other matches you might realize that the only way for you to win is for your opponent to misplay. Everyone in the world misplays at some point, even the best players in the game. Sometimes people miss optional effects, sometimes they forget about a lingering Called by the Grave negation, and sometimes they don't realize they sided out their second copy of Shaddoll Dragon. It's one thing to realize that your route to victory is by drawing an unsearchable Monster Reborn, but it's another thing to identify when you need your opponent to misplay.

This part is all about risk and reward management. You'll never truly know what your opponent's going to interrupt until you start playing cards. If it's in Game 3 you at least know how they reacted to certain plays earlier in the match, but sometimes these situations happen earlier in the match. Noticing that your opponent always Ash Blossoms your first search effect might come in handy later on when you really need something to resolve, but try not to forget that just because your opponent made a certain play in Game 1 doesn't mean they're obligated to make the same play in Game 3.

Still, noticing patterns and remembering them later in the match could be the difference between winning and losing!

Why Luck Is Important
Chess is a game with no luck in the traditional sense. There's still the luck of your opponent misplaying, of course, but you don't have to draw any cards and the pieces are always going to be the same. In chess it's very difficult to beat someone who is better than you, especially if they're significantly better. But in Yu-Gi-Oh and many other card games that isn't the case. Someone can even enter their first tournament and beat a player who's been to the World Championship!

Without luck Yu-Gi-Oh! would be even more difficult for newer players to pick up. Who wants to enter a tournament and have zero chance of winning even a single game? There are obviously many ways to improve your chances to win, but one of the reasons people love card games so much is that you never truly know how a match is going to go. Hopefully this article showed you some ways that you can leverage luck to win more games, and don't be afraid to experiment in your own matches!