Shunping Xu might've won the Ultimate Duelist Series Invitational with Rokket Dragon Link, but it's clear that Carl Manigat's Invoked Shaddoll build was the breakout deck of the weekend.

The Shaddoll Showdown Structure Deck's an amazing value, packed with some great new cards, awesome classics for the theme and a ton of killer reprints. It's another homerun that feels a lot like the Salamangreat Structure last year, and lots of us grabbed our copies even before Shaddolls were proven at the UDS. Once Manigat's list dropped it set off a huge wave of hype for the strategy, especially because at the time, everything in Manigat's build was really affordable; he didn't play Pot of Extravagance, Apollousa, Bow of the Goddess or Magicians' Souls, the three big cards that are making the current format so expensive.

Flash forward to now and the Invoked Shaddoll deck's still more affordable than the bulk of the strategies topping tournaments. The landscape has changed: Invoked Shaddoll cards made up the entire Top 10 best-sellers list this week and then some, and a couple key cards have spiked in response. But the deck's still accessible, and sales this week suggested a strong interest in budget variants as well.

Let' get right into it so you can see what I mean. If you missed it, the Super Rare Invocation from Shadows in Valhalla is – as of this writing Friday morning – a whopping $40. By the time you read this it may be even higher. There was talk of buy-outs all week long, but now that we have the numbers we can actually say with confidence that this was legitimate player demand; people weren't buying five, ten, twenty copies of Invocation in one shot, they were buying one or two copies to round out their play-sets.

Invocation's an incredible card for its deadly card economy and exclusive toolbox. Invoked Purgatrio and Invoked Mechaba are classic picks in the Invoked engine for their game ending and game controlling effects respectively. But Invoked Caliga's now an integral piece of the puzzle, combining with El Shaddoll Winda and Cross-Sheep to create a three-piece board that's effectively the meat and potatoes play of Shaddolls right now. Invocation fuels that, and players responded accordingly. 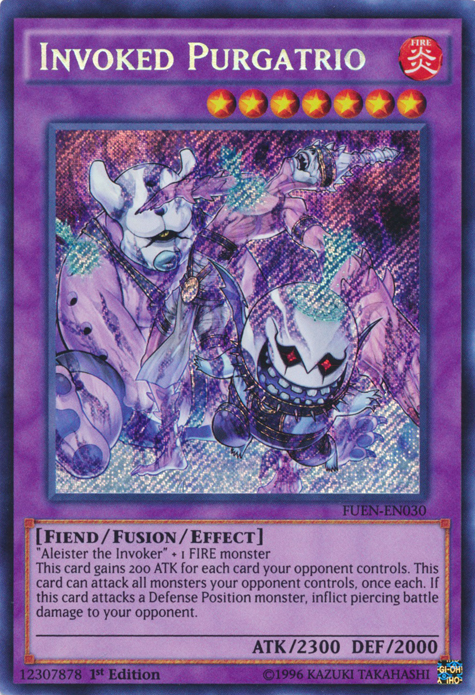 A brutal attacker that beats down multiple monsters a turn and hammers damage clean through defenders, Invoked Purgatrio's a flexible finisher when your opponent tries to turtle up and stall. With Aleister the Invoker played into Salamangreat Almiraj so often, it's really easy to get to the Fusion Materials, and Ash Blossom & Joyous Spring's popularity makes it even easier. Invoked Purgatrio's a staple of Invoked decks, and the fact that players were picking it up suggests that a lot of new players who've never run Invoked before are now adopting the engine. The same can be said for Mechaba. Even if you don't have Performage Trick Clown around, Mechaba's only ever a Secure Gardna away and Aleister into Almiraj gets you the Cyberse you need to put Gardna into the mix. You don't need to play stuff like Mekk-Knights to get there and you don't need to rely on opposing cards; you have incredibly easy access to the plays you want to make, and that's keeping Shaddoll variants unpredictable right now.

Sure, you may WANT to play Mekk-Knights – a lot of Mekk-Knight builds are far better at playing for Apollousa, Bow of the Goddess, a card Carl Manigat didn't even run at UDS Tulsa. But you don't have to. And that flexibility is making the deck that much more difficult to prepare for. 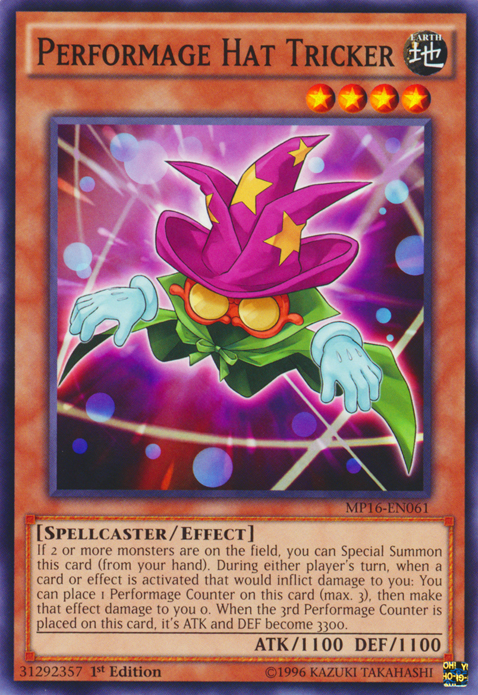 Speaking of cards Manigat didn't run, he didn't play Performage Hat Tricker or Performage Damage Juggler either. If you're running the Invoked engine space is tight, and it's going to get tighter if we see Shaddoll players starting to prioritize backrow removal to stop cards like Anti-Spell Fragrance and Mystic Mine. That said, not everybody who wants to run Shaddolls has the $120+ to throw down on Invocations. If Invocation's not in your budget Performages may be your next best option, and the sales numbers this week seem to suggest that lots of players are heading in that direction.

The Invoked engine's definitely the way to go if you have the cards, but expect to see more Performages in Shaddoll variants at locals and Regionals. Budget's a huge factor right now in Yu-Gi-Oh and lots of players are going to find ways to compromise and keep themselves competitive. That's not possible with a lot of strategies, but it may work with Shaddolls. If you're playing Aleister the Invoker you're running three Magical Meltdown; there's no real way around it. Seeing Aleister is a must, and the protection effect of Meltdown is a sweet bonus that helps lock in your plays. And while it won't protect you from cards that would negate the effect of a Fusion spell, like say Ash Blossom & Joyous Spring, Meltdown still puts in work narrowing your opponent's options when they're searching for ways to keep you from going off. 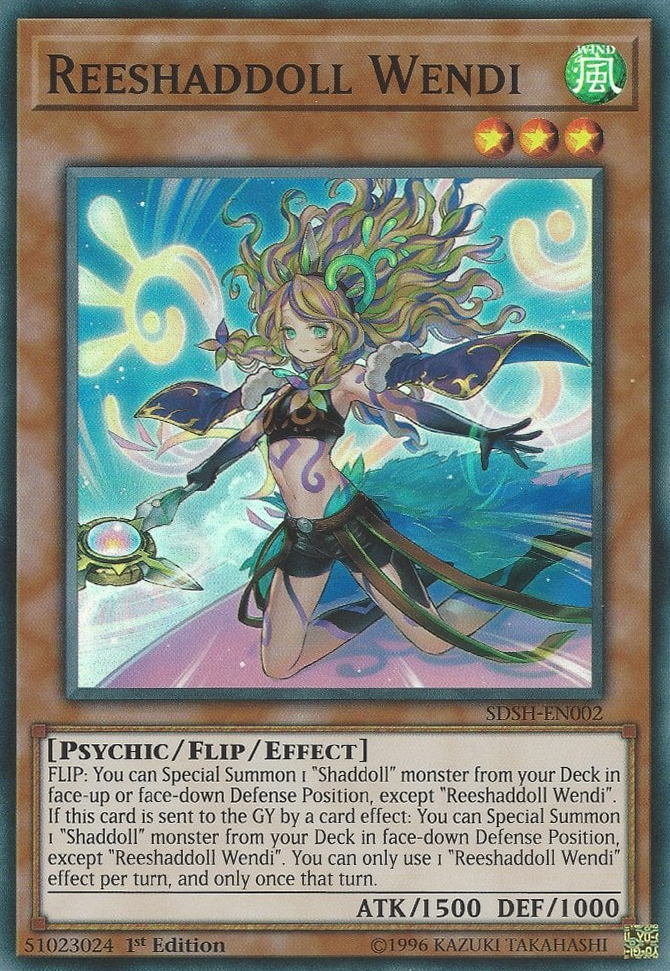 A lot of players picked up three copies of Wendi this week, making it the most purchased single card from Shaddoll Showdown. Wendi was a three-of in Manigat's build, and with an effect that lets you smoothly set Naelshaddoll Ariel straight from your deck the card fits into your plays and extends them by bringing banished copies of El Shaddoll Construct back to the field, which in turn reuses Construct's ability. Forcing Ariel's flip with Resh Shaddoll Incarnation's a big move too, even if Incarnation's not a Main Deck staple for lots of players. 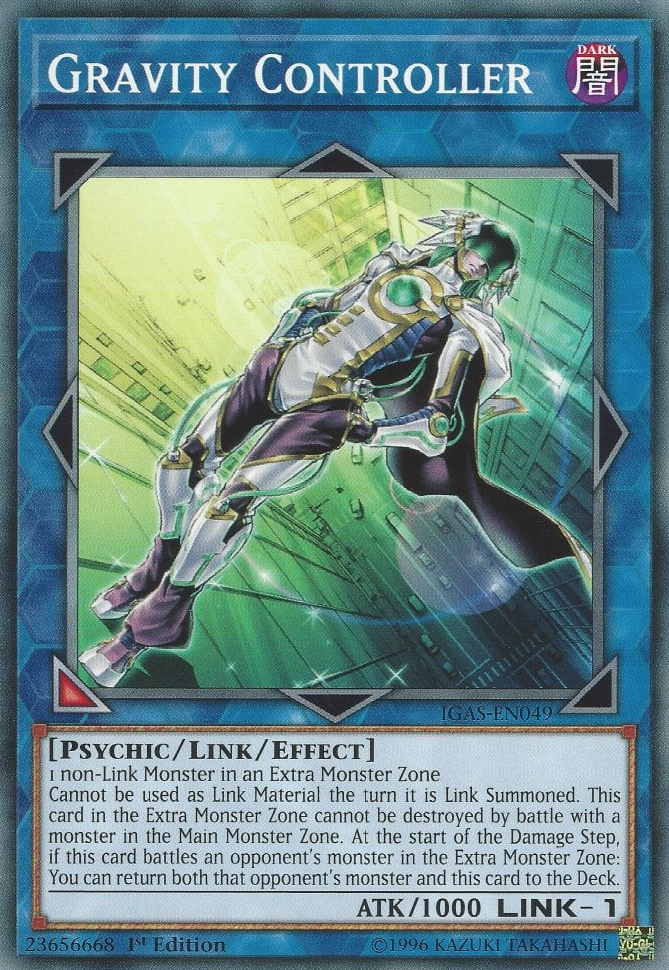 Up from Number 11 last week and Number 7 the week before that, Gravity Controller's being played in lots of decks that simply need to clear their Extra Monster Zone to continue on with key plays. That includes Shaddolls, and that was enough to skyrocket Gravity Controller to its highest finish yet. If you don't have a copy or two it might be worth grabbing now; Gravity Controller's so affordable that it's tough to imagine it getting any cheaper. 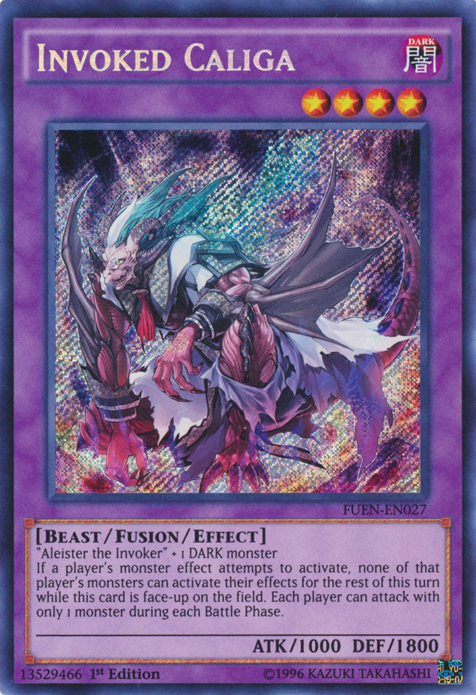 Again, the standard end field for Shaddolls right now – the bare minimum base line – is viewed as Cross-Sheep, El Shaddoll Winda and Invoked Caliga. With that field you lock your opponent to one Special Summon and one monster effect, and next turn you blow them out. Invoked Caliga's always been a bridesmaid pick behind Purgatrio and Mechaba, but now it's got a starring role in what could become the deck-to-beat this format. 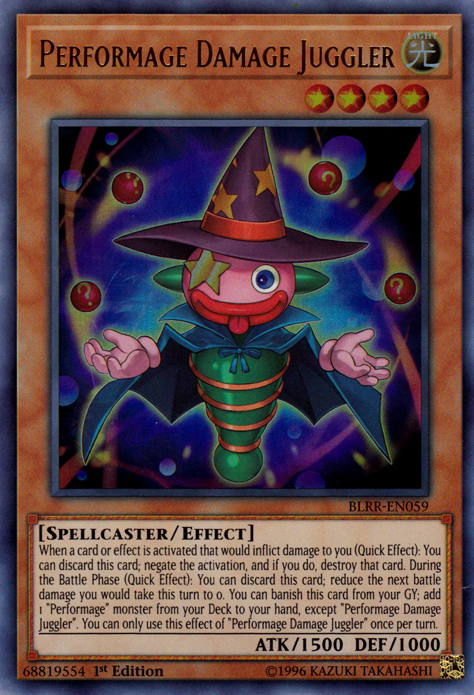 Loading up Performage Trick Clown's a big deal, especially if you're not playing the Invoked engine, and sales of Performage Damage Juggler reflected that this week. Players were buying these up in twos and threes, and while there might have been some speculative buys since Damage Juggler only has two printings (one of which is already a $3 Ultra Rare) it's a pretty safe bet that Performages are simply the de facto budget Shaddoll engine. You should expect to see them in lower level tournaments and should prep accordingly. 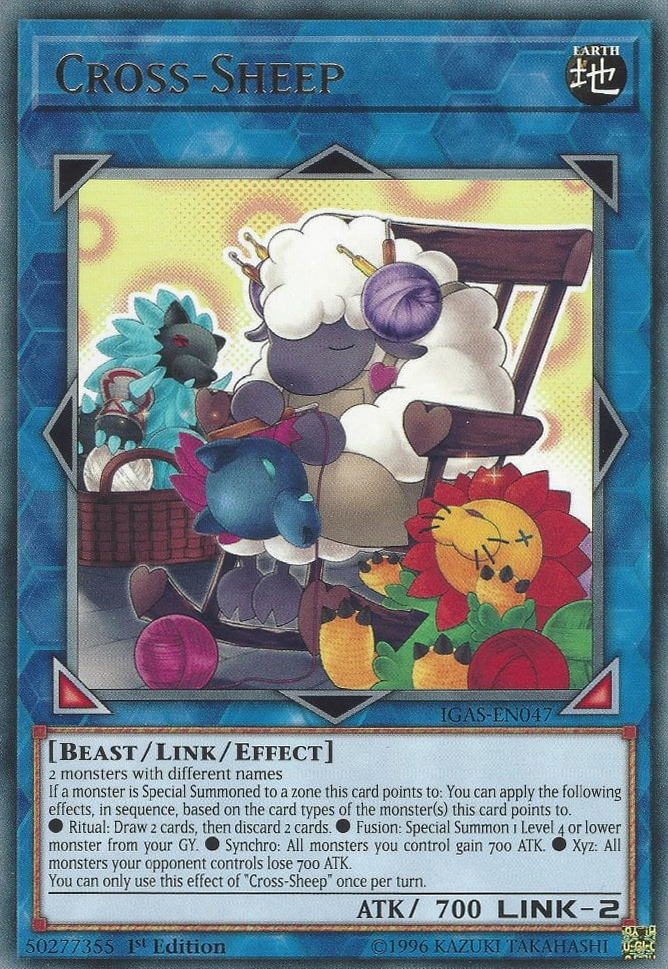 And finally, no joke, Cross-Sheep is $14. A regular Rare is outpacing the entire core set of Ignition Assault, save Ignister A.I. Land at $20, Gizmek Kaku, the Supreme Shining Sky Stag at $30, and of course Lightning Storm at roughly $135. That's nuts, but's you can't deny that Cross-Sheep is an awesome extender and combo enabler for Shaddolls. It was already the Number 1 best-seller from IGAS in previous weeks when it was only seeing play in stuff like Mekk-Knight Invoked, Heroes, and the rare surviving Thunder Dragon decks.

It seems likely that the sheep shortage might be due in part to early hoarding and speculation, but for the last few weeks the numbers have shown that player interest is the biggest factor; most sheep shoppers are only buying the one copy they need. Nobody's getting fleeced and nobody's getting the wool pulled over their eyes; it looks like the demand is just really that ba-a-a-a-a-a-a-ad.

…The sheep puns will keep coming every week this thing sticks the Number 1 position, people. That I promise you.

Looking beyond the Top 10 it's Shaddolls all the way down. El Shaddoll Fusion took Number 11, Aleister the Invoker came in at Number 12, and Shaddoll Squamata landed at lucky 13. Invoked Elysium wound up at Number 14, the fourth Invoked Fusion Manigat played, and Resh Shaddoll Incarnation ended at Number 15, which Manigat sided.

If you're going to a tournament this weekend, make sure you have a plan to beat Shaddolls! If you're not sure how to do it yet, check out this fantastic video from Cimoooooooo's channel; with the shape of the market the way it is you've gotta have a plan, so that video's an absolute must-watch.

We'll be back with another Market Updateon Facebook and Twitter this Monday, so stay tuned to see if Shaddoll hype continues.