If you collect or invest in Pokémon cards, the condition of your cards matters—a lot.

A card that a grading service like PSA or Becket has deemed pristine can be worth hundreds or thousands of dollars more than an ungraded copy of the same card. These services take ungraded, "raw" cards, assign them a grade based on their condition and printing quality, and stick them in a secure case to be admired ever after. Getting your cards graded isn't fast or cheap, but turning your best cards into "slabs" is worth the investment, especially if they get the highest possible grade.

At least, that's how it's supposed to work. But since 2020, card grading has gotten a little more complicated.

During the Pokémania of late 2020, interest in high-value Pokémon cards soared. This led to more people cracking then-current Pokémon packs, more people opening super-rare cards, and more people sending those cards to grading services. The deluge of requests caused these services to double their prices, then stop accepting new cards so they could handle their backlog. PSA, the largest grading service, is still working through cards that were submitted in August. Of 2020.

The result is that far more cards from the last few Pokémon sets have been graded than usual. What did that do to prices? Let's find out.

Before we look at modern graded Pokémon cards, let's look at how graded old-timey Pokémon cards compare to raw copies of those cards. 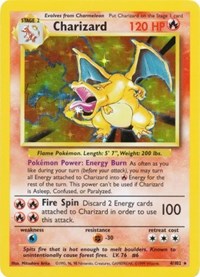 Let's start with a classic: Charizard (base1-4), the non-shadowless (shadowful?) version. First printed in 1999, this card has a TCGplayer Market Price of $374.99 at time of writing.

PSA's population report helpfully explains how many cards they've graded and what grade each card got. PSA has graded 25,143 copies of Base Set Charizard, and only 441 got the highest grade of GEM-MT 10, or Gem Mint. This makes sense, given that Base Set Charizard is an old card and most Pokémon fans hadn't figured out hygiene in 1999.

According to PSA, Gem Mint copies of Base Set Charizard sell for an average of $13,661.50 at auction. That's over 35 times as much as a typical ungraded copy. That seems high, but the cheapest Gem Mint Charizard I could find online right now has an asking price of just under $50,000. It's arguably the most popular and recognizable trading card in history, so I'm not surprised its best-looking copies command such a premium.

From what I could find, this is the roof on how much more a Gem Mint Pokémon card is worth compared to its raw form. Most other old cards don't have total populations this big, and the premium for high-value graded cards is more reasonable.

That's more like it. These cards were printed five years apart, in 2009 and 2014, but they look quite similar. Their total graded populations are under 1000 copies. Under 20% of the total population earned Gem Mint status. And Gem Mint copies of these cards are worth six or seven times as much as raw copies.

Things aren't so clean when we get to modern cards. Let's look at cards from the penultimate Pokémon series, Sun & Moon.

The first Charizard-GX breaks from tradition in small ways. Higher-than-average population, with over 20% of the total population earning GEM status.

The second version of Charizard GX has an even higher graded population! Not only that, but more than half of the entire population earned GEM-MT 10 status. You could argue this means PSA has lowered their standards, but I'm more inclined to think that the Pokémon Company International and modern collectors both have a better handle on what they're doing.

Notice that the premium for Gem Mint copies of this card is much lower. A PSA 10 copy of the Shiny Vault Charizard GX is only worth a little more than twice as much as an ungraded copy. It's reasonable to assume that the more Gem Mint copies there are in the world (both in total and as a percentage of the graded population), the lower the value of each individual Gem Mint card.

Now we're looking at cards that were in print during last year's Pokécraze. Anyone who saw Logan Paul's unboxing last year and decided to try their own luck most likely opened a box from the Sword & Shield series.

Look at those populations! Over 8500 copies of Charizard VMAX were graded by PSA alone, and over 70% of them came back as Gem Mint. Just as you'd expect, the value of each of those Gem Mint Charizards is lower than average—just twice the value of an ungraded copy. To verify these prices were accurate, I easily found a listing on TCGplayer for $475 and an ongoing eBay auction at just $383.

As for copies that are merely "Mint (9)" or "Near Mint (8)" instead of "Gem Mint"? They're often selling below Market Price! One PSA 8 Charizard VMAX sold for just $179.50 at auction last month, $40 cheaper than it would have been raw.

Pikachu VMAX doesn't fare much better. With a total population over 2500, it was easy to find multiple ongoing eBay auctions at less than $500 for a Gem Mint card that's worth $250 ungraded. Meanwhile, a PSA 8 recently sold for $207.50—again, $40 cheaper than the same card raw.

What have we learned?

Normally, getting a card graded can increase its value by around 600%. But things are not normal right now. The recent wave of Pokémon card grading has flooded the market with pristine copies of Sword & Shield cards like Pikachu VMAX (swsh4-188) and Charizard VMAX (swsh35-74). This glut of supply has lowered prices.

If you've ever wanted a slab, pick your favorite card from Sword & Shield and check its population. Chances are, a graded version costs far less than you'd expect. If you're willing to look just below the top grades, you may even save money compared to buying the same card ungraded!

If you're one of the unfortunate souls who sent a Sword & Shield card to be graded, I'm sorry. If it's a PSA 10, you'll still make a profit, but not much—especially if you paid 2021 prices to get it graded. If it's PSA 8 or less, you're probably better off taking it out of its slab and listing it normally on TCGplayer.