Limitless TCG, one of the leading sites for PTCGO tournaments, has announced that they're banning Arceus & Dialga & Palkia-GX (sm12-156) from their Standard format events as of January 2021. You can find the in-depth reasoning for the ban on Limitless TCG's website, but the tl;dr version is that the Arceus & Dialga & Palkia-GX (sm12-156) deck, which revolves around using the Altered Creation GX attack to buff Zacian V (swshp-SWSH018) for accelerated wins, just isn't very fun to play against.

It should come as no surprise that Pokémon's literal GODS OF CREATION would be powerful enough to warp the game. For only one metal energy and one water, Altered Creation boosts all of your attacks by 30 damage and nets you an additional prize card for each Pokémon you knock out. That strips away the advantage of playing weaker decks built with Pokémon that only award one prize per KO, and it makes many 2-prize decks a literal coin flip by forcing them to rely on Crushing Hammer (swsh1-159). Using energy control to keep your opponent from attacking with Altered Creation early is one of the few good ways to beat the deck, but that's a problem when there is no fast, free, consistent energy control in Standard. 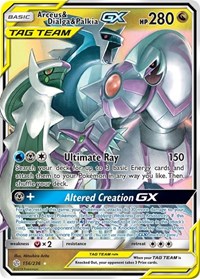 Simply by existing, Arceus & Dialga & Palkia-GX (sm12-156) acts as Standard's gatekeeper, forcing every player to ask themselves the question, "Can I win before my opponent Brave Blades?" Despite the fact that ADP Zacian only has a 50% win rate, the deck demands an answer that just doesn't exist in current competition. And now that the League Battle Deck has been released, it's much easier to just play ADPZ than it is to try to find a way to beat it.

What does this all mean for Limitless? And what could it mean for the Pokémon TCG as a whole?

Limitless TCG has become one of the largest hubs of PTCGO tournaments over the course of the pandemic. Each of the major trading card game publishers has responded to the loss of in-person events differently, and The Pokémon Company International (TPCi) has chosen the path of least resistance by hosting just a handful of online tournaments and letting the community handle the rest. Now that the Pokemon TCG has been caught in the whirlwind of major influencers like Logan Paul, the 'trading card' portion has flourished while the 'game' has become stagnant, leaving community leaders like Limitless to decide for themselves what is, and isn't, in the best interest of their players. 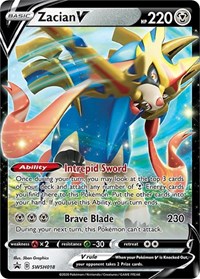 This isn't the first time that a TCG community's taken on the role of arbiter for their game's rules, and historically, community-curated banlists are ignored or argued until they quickly become irrelevant. But this situation may be different: throughout the pandemic, Limitless TCG has become THE place to find Pokemon TCG tournaments, and its broad influence means other online tournaments might follow suit. That could give TPCi the push they need to legitimize the banning, or it could further a wedge between the developer and the player community.

Since the release of the Sun & Moon - Team Up set, Tag Team-GX Pokemon have irrevocably changed the core gameplay mechanics of the Pokemon Trading Card Game, bringing the game's biggest power creep to date. While we know that all of the 'Tag Team' Pokemon will rotate out of Standard next fall, we know TCPi has already registered a new trademark for a mechanic called 'V-Union' that could cause the power creep cycle to happen all over again.

As a casual player myself, I can't wait to be able to play 1-prize decks like Whimsicott (swsh4-76) Trash Slinging Slashers or Machine-Gun Cramorant (swsh4-40) without worrying about ADPZ crushing my dreams for yet another week. But only time will tell if this banning is our first break from the 2020 nightmare, or just a calm before the storm for future Pokemon TCG releases.