Finding games to play together as a family of 5 has always been challenging, especially with different reading levels and abilities. Despite 2020's craziness, spending a lot of time together at home has created the unique opportunity for my kids to really master academic skills through the fun of the Pokémon TCG. And though I absolutely love how we've been able to use it to drastically improve our math, reading, and social skills, it can be a bit frustrating for kids who are still learning patience--especially when they have to wait their turn! It's tough managing a two player game when we don't have an even number of players in the family.

I was pretty excited when The Pokémon Company announced an all-new way for the five of us to play together: Raid Battles. As a parent, I was even more delighted to find that this new option is actually completely FREE, and can be played with friends using video calls when you can't all be together! 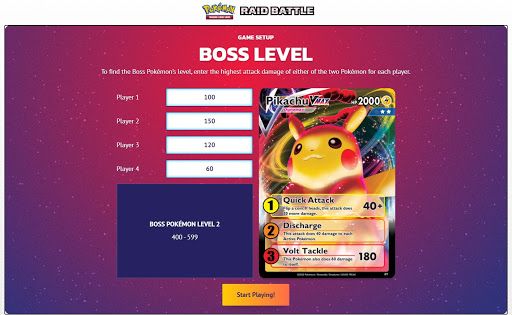 Experience-wise, the Raid Battles in the card game are very similar to the Pokémon Sword and Shield Video games or the Pokémon Go mobile app. If you haven't played those, I'll recap: the idea is that a super powerful, giant sized Pokémon has appeared and needs to be defeated by up to four players working together, using their own Pokémon. Players take turns announcing which attacks they're using to do damage to the Raid Boss, and the Raid Boss deals damage back to Players Pokémon, based on the Raid Boss card drawn. When Players do enough damage to match or exceed the total number of Health Points (HP) of their Raid Boss, the Players win.

So, even if your youngest player can't quite read or do math, this cooperative game is a great option. It can be played in around 15 minutes, and lets everyone pick their favorite monsters and shout out attacks, working together to take the Raid Boss down. We spent a few weekends trying out the Pokémon Raid Battle, and I have to say...we ended up LOVING it. It did take one starting game to really understand it, but once we got through that, it was super easy for our 9, 8, and 7 year olds to play.

Normally, Players take turns drawing the Boss Cards and doing what they say for the Boss' moves. While the game is intended for four Players, we found that having one Adult handle the Raid Boss and running the game (i.e. doing math, keeping everyone going) was extremely helpful, since kids can have trouble running games themselves.

One Player can control the Raid Boss and up to four can help defeat them. And if you don't have at least 4 players, no worries! You still need to have four pairs of Pokémon out on the board, but each Player can control more than one pair of Pokémon at a time. They can either take turns or decide together as a team how to use them.

You can play two ways, both of which are free: online or by physically printing out game pieces. With our kids experiencing a bit of digital exhaustion due to online schooling (the Zoom fatigue is real), we found it refreshing to print out a physical copy and play in person. Try whichever option works best for your family!

Step 1: Download and print the free materials and instructions.

Step 2. Cut out game pieces as specified in the instructions. 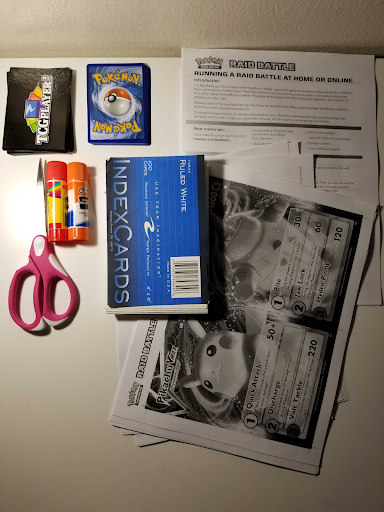 Once you've gathered all your materials, along with four pairs of your Pokémon TCG cards, you're ready to play! I opted to do the extra work of gluing index cards and using card sleeves with cards inside, but it was worth it since it only took a total of 30 minutes. If you don't have any Pokémon cards or you don't like the ones you have, you can just download and print them! 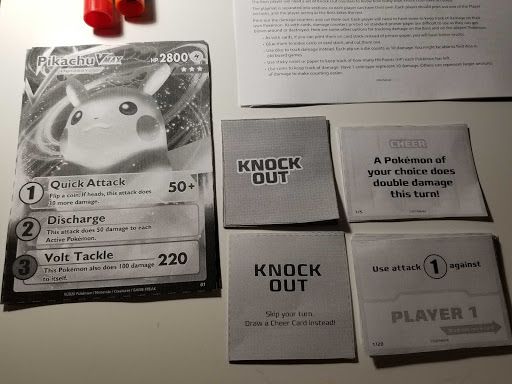 The kids all grabbed their favorite Pokémon to bring to the battle against the menacing Giant Pikachu. 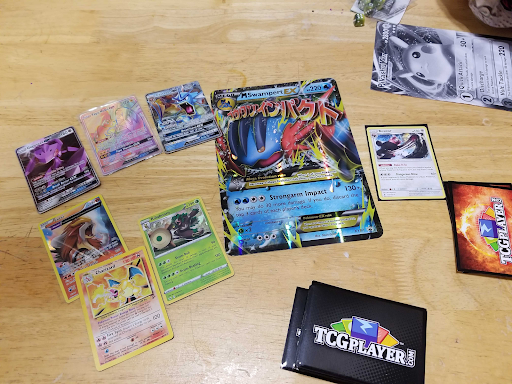 You can choose either of the two Bosses to defeat. 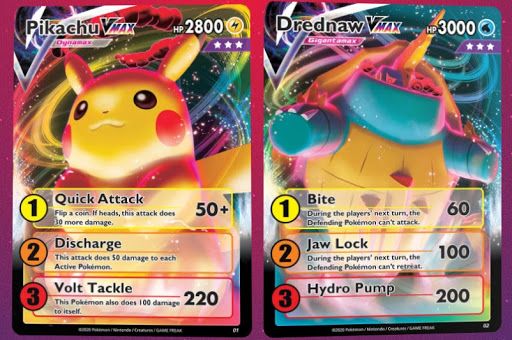 Note: Each Boss card has 3 different versions. You can choose the strength of the Boss based on how powerful your own Pokémon are. If the Pokémon each Player chooses don't do around the same amount of damage, the game might be too easy or difficult (and less fun!).

Each Player went by turn order and called out their Pokémon's attack. While the kids could have retreated to protect their damaged Pokémon better, they rarely chose to do this in the first game, leading to all of their Pokémon getting Knocked Out. The adult managing the Raid Boss subtracted the damage from the Raid Boss' health total and placed damage counters on it, while the kids applied damage counters to their own Pokémon. This kept the kids focused on fun, rather than getting frustrated with the numbers. Thankfully, the most math involved is subtraction, though it is from three and four digit numbers. 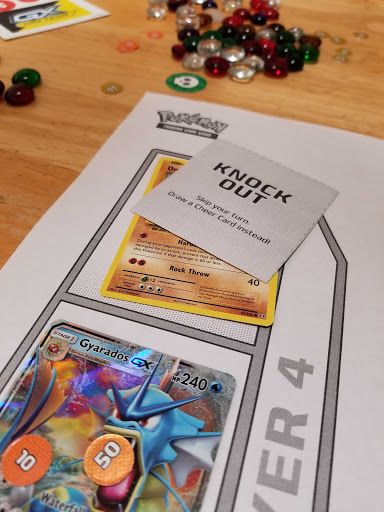 One neat thing about Raid Battles is that you don't have to apply weakness or resistance, and you can simply ignore card text that doesn't apply. For example, if an attack says "Discard 2 Energy from this Pokémon", you can ignore the part about Energy because Raid Battles don't use Energy Cards. However, if a card says "flip a coin. If heads, this attack does 50 more damage," since you CAN do that, you follow those instructions. Similar to standard games of Pokémon TCG, only one GX attack can be used by a Player per game. Once the kids were more comfortable and experienced Players, we found it fun to apply weakness and resistance for an additional challenge.

After getting the hang of it, the kids began actively working together to come up with a strategy and cheering each other on! To keep things challenging, we encouraged them to do as much math as they could on their own. We learned pretty quick that while your favorite Pokémon card is adorable and sparkly, it might not be the best match against a strong Boss. 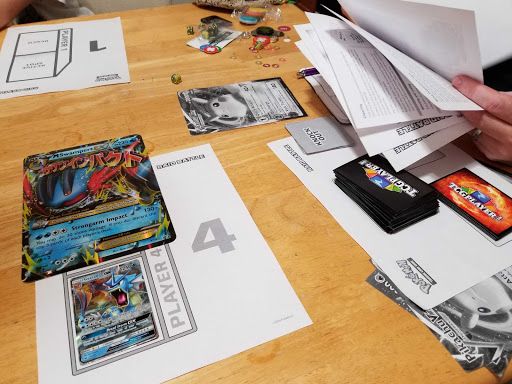 Overall, I highly recommend this option for a fun, free game night at home or with friends over a video call. It's quick gameplay, easy to learn, and inclusive of everyone! So if you're looking for a new family game or to connect with friends in a new way, consider giving the Pokémon Raid Battle game a try!