Wizards of the Coast spends a lot of money on the Pro Tour to advertise Magic: The Gathering, but is the casual player engaged by these efforts? Wizards uses the Pro Tour Twitch stream, along with their written coverage, to encourage players to get more involved in Magic, whether that is just starting out, or moving from the casual player to someone who plays regularly in tournaments.

That makes me a demographic. I have been a casual player since Ice Age. I've played in a couple of GPs, but prefer to stay in my casual kitchen table world. This doesn't mean that I'm less invested in Magic and the community. I am a fan of the Pro Tour and I've been following Pro Tour coverage for almost 20 years. I remember reading about Kai Budde making his way to another Sunday appearance. I saw the Lightning Helix flip when it happened. I read about every Invitational as the articles dropped. I am a casual player Wizards is targeting with their investment in the Pro Tour. This weekend's Pro Tour Aether Revolt had two events that I thought would be interesting to share from a long-term casual perspective. 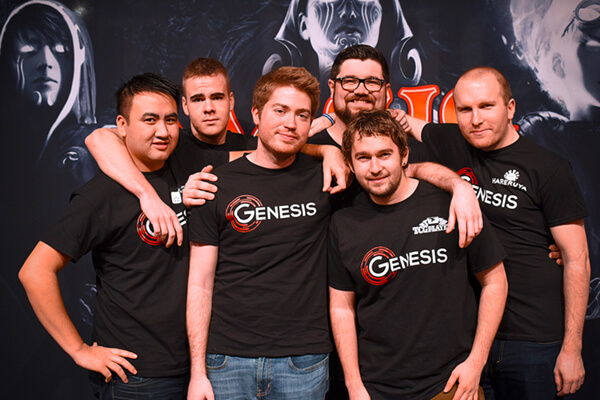 This was the first Pro Tour with teams. In an effort to find the best decks, players have been working on teams for a long time. The difference now is that Wizards is monetizing it. Wizards encouraged players to sign up as six-player teams for this season. They would track each player's pro points through the season's Pro Tours and give a prize to the top team. The key ingredient to this is that you can't swap players. You have six players and that's it. If a player isn't qualified for a Pro Tour, you can't get someone else to fill in for them, you are just short a player (Note: there is a way to swap out a player, but Wizards has to okay the switch, and they have specifically noted that switching out someone who did not qualify will not be approved). It's also possible to earn invites for individuals if that team is in the top of the teams field heading into the final Pro Tour of the year.

Corbin Hosler laid all of this out last week. The point is to get the high-profile players (the Hall of Famers, Platinum, and Gold pros) to join on teams that don't change. This gives Wizards a better way to market the game. You would think marketing individual players would be ideal, and Wizards has tried. Jon Finkel, Kai Budde, Paulo Vitor Damo de Rosa, and Luis Scott-Vargas have all been the face of Magic in the past. The difficulty lies with the variance in the game. Wizards can't just follow the top four players from the first round of the event and expect that they will work their way through the field into the Top 8 at every Pro Tour. Magic is not tennis or other skill sport where the best players almost always finish right at the top. The current top four players ended this Pro Tour in 172nd, 86th, 32nd, and 194th. How do you market the game around players when variance means there is a real chance those top players don't even crack the Top 32?

Having teams reduces the variance. The teams with the top players should have more consistent results as one player struggles while another soars. Add in rules that create stable teams and this should give Wizards a consistent hook for their marketing, and as Hosler explained, encourage agencies outside of Wizards to sponsor teams and hopefully, Pro Tours themselves. This will bring more prizes into the circuit, which brings more recognition.

In spite of all this, it just didn't bring me in. The team concept felt forced. Magic isn't a team sport. Players test with each other, but when the tournament starts teams are irrelevant. As a sport, Magic is more like tennis. You might train with other players and cheer for them in the tournament, but it is about you winning. Tennis does see some team play (Davis Cup or doubles matches), but at its heart it is still a one-on-one game.

These teams offer me no "hometown pride." My parents weren't cheering for Dex Army or ChannelFireball Ice when they were young. It also doesn't help that I know half of these teams will be gone next season, while the other half will have many new faces as players try to maximize their chances to win team prizes next season.

I want the Pro Tour to be a respected esport, and know bigger prize money is essential to making that happen. As bigger companies not directly involved in Magic's primary or secondary market get involved, the prize money will climb. Massdrop was an example of this at Pro Tour Aether Revolt. We can be sure that everyone involved will be looking for larger and more impressive sponsors after every season. The end game is to get companies like Red Bull and other big companies to target Magic's demographic. I hope others don't feel like me, and the team idea takes off. I hope casual players find a favorite team and buy their merchandise and follow them rabidly. For me, it just feels like adding the team aspect is an irrelevance shoved down our throats. 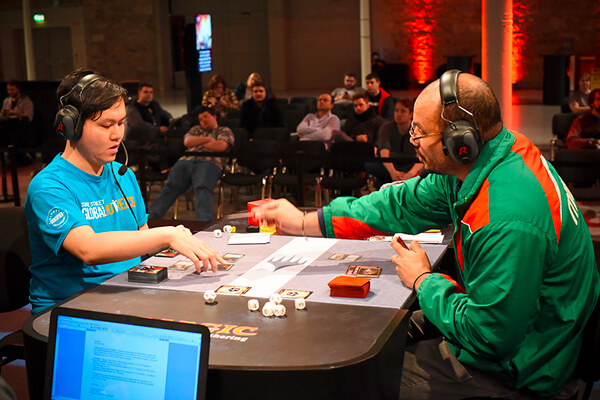 The second event happened late in Day One of the Pro Tour. Thien Nguyen and Cesar Segovia were playing a match for the right to be 8-0 going into Day 2. Tobi Henke described the situation clearly in his article about the match:

If you play in tournaments regularly you understand that this is a problem. By announcing "combat," the tournament rules state that this is proposing a shortcut to declaring attackers, meaning that it is too late to crew the Heart of Kiran and Weldfast Engineer's ability was missed too. Judges were called, the ruling was made, explained, appealed, and confirmed. The Head Judge even came on the stream and explained the ruling.

How does this look to someone who doesn't know the tournament rules? Someone like a casual player that Wizards is trying to convince to come and play in tournaments? It looked like Segovia was going to combat, then intended to crew the Heart of Kiran in response to playing the Weldfast Engineer. It looked Nguyen had no way to interact with what Segovia was trying to do, so why would they be concerned if he didn't sequence it exactly right?

Even after the judge explained the rule, it just seemed like Segovia was cheated on a technicality. Most importantly, my response as a casual player?

I looked at what happened in that situation, and I know that it was handled correctly. Nguyen wasn't some kind of monster for calling a judge. The judge handled the call and ruling correctly, right down to getting a judge that spoke Segovia's native language to be sure everyone understood the situation correctly and Segovia understood the ruling. Wizards going on the stream and explaining it was a great thing, right down to encouraging players to simply crew their vehicles in their main phase, since there was no advantage to waiting.

Yet every part of me watching this just felt like Segovia did what I would have done and got hosed for it. This was the very definition of a "no harm, no foul" situation. How does the judge not simply look at this, explain the way it is supposed to be done and continue the game as though it was done properly? If I had been in Segovia's shoes, I would understand the ruling since I don't know all the tournament rules perfectly because I don't play in tournaments. However, if this professional level Magic player doesn't know about this, how could I possibly not have this happen to me again and again at tournaments for years?

This doesn't happen in Commander games. If there are rules issues, much like I described last week we work through them and resolve them as best we can, regularly letting players back up and do what they intended to do. These issues actively discourage me and other viewers Wizards is trying to get to play in tournaments, from going to tournaments.

So what is the solution? In this case I expect it involves changing the tournament rules to fit what the players actually intend with their shortcuts. There were other players who suffered the same fate as Segovia.

This suggests the rule doesn't match the intention of the players, particularly in a format where vehicles are being crewed. Wizards definitely wants to do all they can to reduce these feel-bad moments. The last thing they want are the viewers to be sitting at home, happy they aren't playing Magic.