At this point we as competitive Magic players have gotten used to a quicker frequency of bans than we had in years past. It seems that as the power level of newly printed cards gets pushed higher and higher, there need to be more and more bans. Most of the cards we are talking about here are recent printings.

I personally haven't played a ton of Brawl yet. The format is still relatively new, and honestly has had mixed success in terms of popularity. I'm hoping that this ban helps players become more interested in playing Brawl. We are seeing trends related to cards being too strong in Standard, and then they eventually get overplayed in other formats as well. While Golos, Tireless Pilgrim itself never actually got banned in Standard, it was a centerpiece to the top deck until Field of the Dead was banned, which was kind of like banning Golos also.

The fact that Wizards took hard data from Arena play into account when making this choice is A Good Thing. Golos, Tireless Pilgrim was being played twice as much as the next most played Commander, which is a strong indicator this was a good ban.

Oko, Thief of Crowns, Once Upon a Time and Veil of Summer are moved from suspended to banned.

Field of the Dead is moved from suspended to legal.

As far as I'm aware, "suspending" cards has only happened in the Historic format, which is exclusively played on MTG Arena. The cards are moved from legal to the suspended list, and from there they stay suspended for a few months until WOTC decides if they should be banned or moved back to being legal.

I could spend an entire article trying to figure out all the possible reasons Wizards has chosen to add this extra step to the ban process for Historic, but here's my best guess. When Wizards bans a card from Historic, they compensate players with wildcards in exchange for their banned cards. This is a fair move on Wizards' part, and it reduces the sting of losing a card for players, but it doesn't help Wizards make money in the long run. I'm sure the long-term goal is to not have many cards make it to the Historic banned list.

The preferred option is to suspend a card, and then introduce new cards into the format that can fight it before making it legal again. Wizards mentioned one of the main reasons for allowing Field of the Dead to be legal again is the addition of Ghost Quarter to the Historic card pool. The nice thing about Historic is WOTC can literally add any card they want to the card pool. The other three cards are simply too generically powerful, so there is simply nothing to be done.

By banning Underworld Breach so quickly it seems like WOTC isn't ignoring Legacy as a competitive format, as some have argued based on the recent promotion of Pioneer. This is A Good Thing. The issue is that there haven't been many major events to test out Underworld Breach in Legacy. It got to the point where it was seeing a lot of play very quickly, and it's clearly a super powerful card, but it could be argued the format might not have had enough time to react to its existence before the ban took place.

I have heard arguments made both ways in the case of Underworld Breach, by die-hard Legacy players. They know more than me, and it seems like the community in general is split on whether this was a good ban, or a tad too early. I don't love Wizards' logic behind the banning, though. The announcement makes it seem like a panic-driven ban, rather than data-driven. It's not clear exactly how large a portion or what the win rate of the Breach decks were. Underworld Breach is such an obscenely powerful card, we have to go back to its design when examining a ban like this.

Players have already ripped on Wizards for the trio of Once Upon a Time, Oko, Thief of Crowns and Veil of Summer, which are still fresh in our minds. What about Underworld Breach? In design, was it known that an interaction like Lion's Eye Diamond plus Underworld Breach existed? If the idea is to continue pushing the power level of cards, Underworld Breach definitely does that, as it has also been making an impact in Modern and Pioneer as well.

Once Upon a Time is banned.

I already mentioned Once Upon a Time earlier, and this is another instance of cleansing the incredibly powerful trio of green cards that are all now banned in Historic.

It was only a matter of time before this happened. It doesn't help that Primeval Titan decks, and more specifically Amulet Titan, have had a lot of success lately. Still, there are actually a lot of Modern decks that did not play Once Upon a Time. This seemed like a "we don't want to deal with Once Upon a Time anymore" sort of ban. It's not like a ton of players were demanding it be banned in this particular announcement, but it would always be a card on the chopping block that sees play in a variety of decks. Let's move on from Once Upon a Time.

This is actually the most interesting part of the announcement in my opinion. Even though multiple formats ended up losing cards, Pioneer received the most discussion and anticipation in terms of a potential ban. This is the most popular format for paper Magic right now, so you know that there was a lot of internal discussion about the right move. We also know there have already been a number of bans in Pioneer already, so it was expected by many, including myself, that something would be banned.

(Keep in mind that there were no bans in Standard, yet Standard wasn't mentioned at all in the announcement. Pioneer on the other hand had a long section talking about why no cards were banned. This is telling, because it specifically addressed the expectation that there would be a Pioneer ban.)

The article by Ian Duke points to the diverse metagame of the Players Tours as a reason not to make any changes. This is interesting to me, as at least at the Players Tour I attended in Phoenix the metagame didn't feel diverse. The aggro decks were quickly pushed toward the bottom of the standing while Lotus Breach and Dimir Inverter rose to the top. Dimir Inverter did very well at all three Players Tours. I find this argument to be a little faulty, and mostly based around the fact that there are a bunch of different decks in Pioneer, which is the case whether or not a ban takes place. 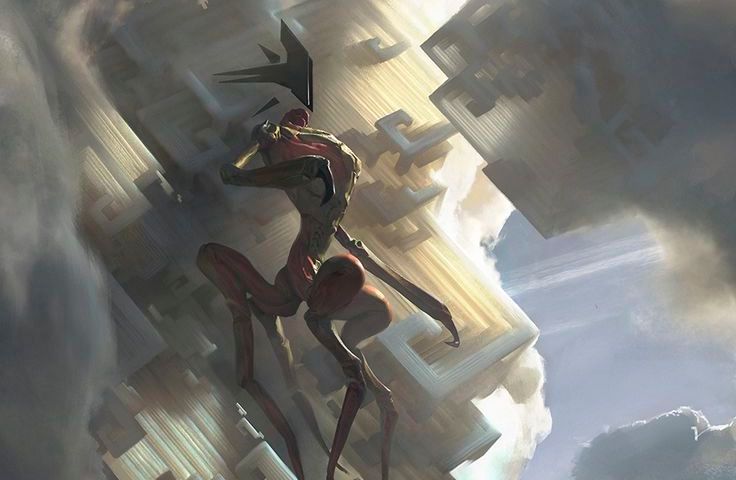 Ian goes on to say, "In general, we're okay with combo having a presence in the Pioneer metagame, but it is certainly possible to have combos that are too strong or too prevalent." He is referring to White Devotion, Dimir Inverter and Lotus Breach as the combo decks. This line makes it sound like WOTC is still employing a wait-and-see approach before potentially deciding to act in the future.

I have personally been advocating for a card to be banned from Dimir Inverter. The deck has done incredibly well at all the high level events I have been paying close attention to, but there are data points that WOTC exclusively has access to. It is clear that they have used data from MTGO to inform their decision. According to them, the win percentage of Dimir Inverter recently is about 50%, but the deck is being very heavily targeted too.

Making statements like "[Dimir Inverter] has unfavorable matchups against five of the other top ten most played decks." goes a bit too far for me. Even though they are using data to make this statement, there is so much that can change from week to week as lists evolve. Good and bad matchups can change, and if this was the case a month ago, how come Dimir Inverter won every SCG Open? Why did it do so well at the Players Tours? The only logical answer is that decks have been adapting, but that doesn't mean they are inherently favored versus Dimir Inverter without making significantly different card choices to target Inverter (which in my opinion is still the pretty clear number-one deck in Pioneer right now).

As of two weeks ago I believed something needed to be banned from Inverter, but it is certainly possible there have been enough changes to the metagame that is no longer the case. I'm optimistic that WOTC has made the correct decision here. Still, the logic used for keeping the combo decks intact in Pioneer is the opposite logic of the Underworld Breach ban in Legacy.

I agree that Lotus Breach doesn't deserve any ban consideration. The deck is very targeted right now, and a card like Damping Sphere is incredibly strong as a way to beat it. Overall, there really is nothing in my opinion that deserves consideration of being banned right now outside of something like Dig Through Time or Inverter of Truth, but I'm happy and content with the decision. We know there will be future announcements and discussions as the Pioneer format continues to evolve, and we likely haven't heard the end of this one.