In Part 1, we discussed all of the Theme Decks from the Sword & Shield era and how strong they are as a starting point for getting into the Pokemon Trading Card Game. While those decks are a great choice for 'Beginners', today's article will be focused on the 'Intermediate' Theme Decks that come from the Sun & Moon sets of Team Up to Cosmic Eclipse.

These sets represent the end of the Sun & Moon series and are typically a little more advanced than those found at the beginning of a series (like those found in Sword & Shield Base Set, Rebel Clash, and Darkness Ablaze). In addition to being more complex than the decks found in Part 1, these decks are also harder to find in the wild - they were released over a year ago, making some of them pricier than the others we've already covered.

As we're expecting these decks to be 'better' than those found in the previous article, we will be reviewing these decks based on how well they teach the basic mechanics of the game, and if we can use any of the cards when we start building our own decks. We will also continue to focus on the decks within a budget of $10 to $20 each, so a few decks won't be viable for us to pick up from these sets. With that in mind, let's break down these decks and find the best Theme Decks to start our journey with!

Avoid These Decks (unless you REALLY love the Pokemon)

I really want to like this deck, but it just isn't good enough. As the final Legendary in Sun & Moon to be released, Zeraora was a cool send-off for the Sun & Moon series, but this version of the Pokemon leaves a LOT to be desired. Its main attack, Discharge, requires three energy (one electric and two colorless) and forces you to discard all electric energy from Zeraora in order to do 50 damage per card discarded. At a minimum, this means that you have to dedicate three energy to do 50 damage and then attach another energy in the following turn to do it again, without any accessible way - aside from two copies of Fisherman - to pull electric energy from your discard pile. 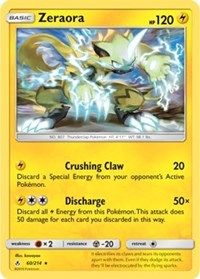 The rest of the deck is also relatively lackluster, as the only other 'special' Pokemon is the Magnezone evolution line that lets you attach extra electric energy from your hand to your Pokemon with its Magnetic Circuit ability. The Trainer cards found in the deck are fairly common to other theme decks from this era, so if you want to pick up copies of Cynthia, you're better off choosing almost any other deck on this list.

During its prime, this Theme deck was an excellent choice to start playing with. However, now that some time has passed, it has fallen to only being 'okay'. Most of what made this deck valuable was its Trainer card selection: two copies of Cynthia, Mysterious Treasure, and U-Turn Board. Nowadays, Cynthia has been replaced by newer cards and Mysterious Treasure is no longer standard legal, making this a tough sell when looking at products to pick up. 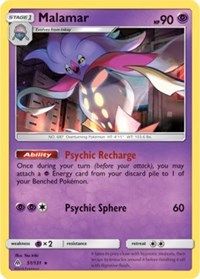 The Pokemon in this deck work well together, though you aren't going to have any special 'gotcha' moments in your gameplay. Necrozma is a good face card, boasting decent HP and an attack that reduces the damage he takes, but the more interesting cards in this deck are definitely Malamar, with its ability to attach energy cards from your discard pile to your benched Pokemon, and Audino and Dedenne, who can help you draw more cards with their abilities and attacks. Unfortunately, this deck is far past its prime, and we can do a lot better by picking up some of the 'newer' decks that we've looked into.

While the face Pokemon, Groudon, might not be anything special, this deck has a lot of potentially useful cards. Garchomp is a powerhouse of a Stage 2 Pokemon that can help keep you in the game with its 'Avenging Aura' ability that adds 80 damage to Garchomp's attacks if you have more prizes remaining than your opponent. The deck also offers great utility Pokemon in Seismitoad and Mew, who can search up cards from your deck and protect your bench from being damaged, respectively. 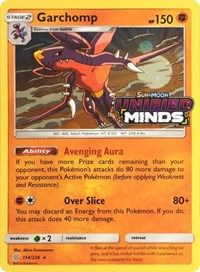 Throh and Seismitoad rely on having a bench of damaged Pokemon to power up their attacks, so setting up several turns of letting your active Pokemon be damaged and then sent to the bench to be protected by Mew can create an unstoppable force. The Trainer cards in the deck can help this game plan with two copies each of Tate and Liza and Switch to keep your hurt Pokemon away from being knocked out, and searchers like Pokemon Communication or Pokemon Fan Club to make sure your Mew is there to protect your Bench.

While the deck can certainly play to its strengths, the fact that the cards are almost a year old certainly shows, with the trainer cards being out-classed by newer releases. The deck has a few Pokemon with abilities that are worth playing for practice purposes, but the face card leaves so much to be desired that you will be looking for replacements almost as soon as you open the deck.

Kyogre may have the face card slot, but the real star of this deck is Empoleon! Empoleon's main attack is Recall; for one colorless energy, Empoleon can use any attack of its previous evolutions. This gives you easy access to 2 great options: Piplup's Bubble Hold, which does 80 damage and locks your opponent out of attacking if the damaged Pokemon was a basic Pokemon, and Prinplup's Direct Dive, which deals 100 damage to an opponent's benched Pokemon, but forces you to discard the energy attached to this Pokemon. Empoleon gets around the tough energy costs of its evolutions' attacks, so if you can set up an Empoleon with a few water energy, you can wreak havoc with your opponent's bench and snipe out the problematic Pokemon! 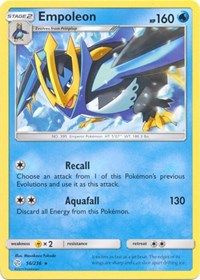 Outside of Empoleon, the deck boasts plenty of toolbox Pokemon that can call out your Basic Pokemon from the deck and set up card draw loops. Phione can even force your opponent to swap their active Pokemon with one of theirs on the bench! While most of the Trainer cards are the same as others on this list, the deck includes a single stadium, Viridian Forest, so that you can find additional energy cards from your deck if the game begins to stall. This deck has a powerful front line, Pokemon with useful abilities, and a few staple cards that could be useful in the future. If you're looking for a solid water-based deck, you can't go wrong with Kyogre!

The following four Theme decks are currently more expensive than our budget would allow for, and can't be viewed as strictly entry-level products because of this. Our interest on Theme decks is entirely on whether they can help us learn the game, and when the cost is above $20 we can find alternative products that achieve the same end result and cost a fraction less. Though we will still have some insight into the decks and evaluate how good they are, they are not necessarily recommended for true beginner players.

While this Theme Deck is a little bit outside of our budget at $23.99, it's one of the better decks that offers cards we may need in the future. This deck focuses on the strengths of Fire-Type Pokemon by having multiple options for using Energy cards for additional bonuses. Welder is the best card to be found here, and this deck comes with two copies of it. Drawing cards is the most important mechanic in Pokemon, so having cards that let us draw more cards for attaching Fire energies to our Pokemon is a huge bonus. Several of the Pokemon found in this deck force us to discard energies from the Pokemon as a cost for attacks. Fisherman can then pull them from our discard pile back to our hand, so this deck is packed with synergy that's easy to learn. If you can afford the higher price tag, this deck is worth the money! 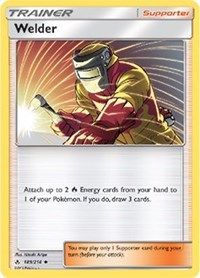 This Dragonite theme deck has seen a recent price increase from $16 to almost $40 - but it has a hard time justifying such a sharp increase in price. The face card, Dragonite, has a powerful ability that allows you to attach up to one electric energy and one water energy to your Pokemon in addition to your normal energy attachment. This is incredibly important, given that Dragonite's only attack, Dragon Impact, requires four energy (one Electric, one Water, and two Colorless) and forces you to discard three energy from the Pokemon to do 170 damage. This attack will knock out any Pokemon we've looked at so far, but the specific requirements make it difficult to do more than a few times in a game. 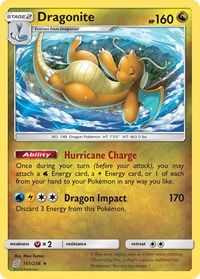 Other than Dragonite, the rest of the Pokemon are solid, but not too exceptional. The Pidgeot line can create a strong stall game by constantly removing your opponent's best Pokemon through using Whirlwind and Spin Storm. Lanturn offers you a built-in Exp Share for all of your active Pokemon, and Thundurus/Tornadus can set up interesting combo attacks if they are both in play. The Trainer cards are the same ones we've seen in other decks, so if you are looking to pick this up, it is entirely on the Pokemon line-up - but for $40, there are better options available.

As the oldest Theme Decks in the standard format, these are also the most expensive decks on this list, costing $35 to $45. Both of these decks have solid Pokemon line-ups, but the high cost is at least partially due to the popularity of Blastoise and Charizard. These decks have faded in significance over time, given that they're almost a year and a half old at the time of this article. If you're a fan of the original 151 Pokemon, you're better off saving your money for other products rather than paying the nostalgia tax on these decks. 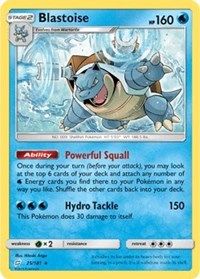 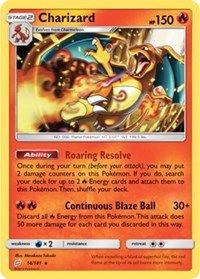 Overall, the older releases are somewhat disappointing compared to the decks found in Part 1, most likely due to the recent format rotation. These decks were certainly great when they first released, but time hasn't been kind to these deck lists, especially when it comes to the Trainer cards found here. Cynthia remains a strong draw card and Hau is the simplest version of 'draw three' you can obtain, but newer releases like Marnie overshadow the value of these cards. The most important thing to remember with these decks is the Golden Rule: if you like the Pokemon, play them! However, if you're just looking for the most efficient way to start learning the game, there are better products elsewhere.

Now that we've covered all of the Theme Decks in standard and have a good foundation for learning the game, the next part in this series will be focused on the good stuff: the best products to build up our collection and prepare us for playing competitively! We will move past the basics and use our budget to decide which card picks are most likely to give our decks added value and power. As we build a collection, we can develop our decks until they're viable enough to win a local tournament.

Until next time, keep on playing!