The release of Structure Deck: Sacred Beasts was actually a pretty big deal; it connected with tons of casual players and fans of Yu-Gi-Oh GX, generating way more buzz than most would've guessed. The Structure Deck made the theme vastly more consistent with cards like Dark Beckoning Beast and Opening of the Spirit Gates, and there were lots of ways to build the theme. Loukas' article showing you three different versions of the deck was a surprise hit, becoming one of our most popular articles of all time.

Fast forward to now, and suddenly Sacred Beast cards are seeing competitive play in an entirely different role. Doug breaks it down in today's video.

The Opening of the Spirit Gates suite with Dark Beckoning Beast and Chaos Summoning Beast could really be a worthwhile tech pick. Watch out for it in your playgroups, and if you think it might work in one of your decks, give it a shot. You might be surprised at just how much it adds to the right strategy. 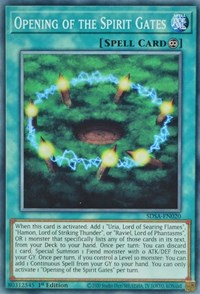 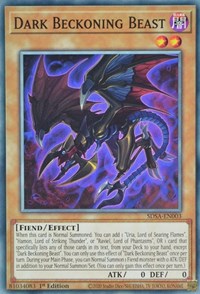 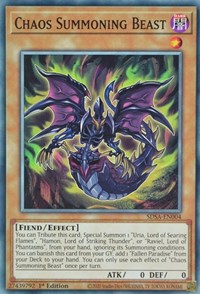