When it comes to the most iconic cards in Yu-Gi-Oh it's hard to top Blue-Eyes White Dragon or Dark Magician. But if you're talking about the all-time greats, you've gotta include Yugi's original boss monster from the very first episode of the show: Exodia.

Each piece of Exodia the Forbidden One has spent most of its life on the Limited List, but year after year, that hasn't stopped people from trying to capture the magic they first saw on their TV screens. There's just no way to win the game that's anywhere near as epic: assemble all five pieces of Exodia and the duel's yours, as the Forbidden One wreaks obliteration on your opponent!

…Problem is, there are five pieces of Exodia, and none of them have any effects. Technically Exodia's an Effect Monster, but its printed card text isn't classified as an effect. It's a win condition, which is actually treated as a different thing in the game system. So… is Exodia the Forbidden One even really an Effect Monster?

These are the questions that keep me up at night.

The Enemy Of My Enemy Is My… Friend?

It's that time of year again! A new Forbidden & Limited List will soon usher in a new meta for the next few months, shaking up things on the competitive and casual scenes! Or at least, it might. Sometimes yes, and sometimes no.

Obviously, the hits to Eva, Fire Formation - Tenki, Prank-Kids Meow-Meow-Mu, and Zoodiac Barrage tackle some of the stronger decks you'll see today, but I'm irked that the new list didn't go further to solve some of the nuisances on a larger scale.

Case in point? Yes, there are ways to deal with Mystic Mine. And sure, it's not always an auto-win. But Mystic Mine takes literally no skill and often reshapes the game to an unfair degree. All that being said, if you're playing to win you should always play anything and everything to maximize your chance at victory.

Except those cards up there^. Do us all a favour: please don't do that.

Mystic Mine incredibly good at stalling. Normally that means stalling until you draw into good cards in a regular deck like Sky Striker or Tri-Brigade, but in today's case you're looking for four appendages and a face. Basically, if you play Mystic Mine and win because of it… well, it sucks for your opponent, I guess? And hey, you'll draw Exodia in the meantime!

Demise of the Land

Thankfully, most decks only have so many ways to destroy Mystic Mine. Meanwhile all your combined copies of Metaverse, Demise of the Land, Terraforming, and Mystic Mine give you the right math to see it early on, though it's not an automatic victory. Don't think you'll open with Mystic Mine on Turn 1 every game and be 100% good from there.

Thankfully, Solemn Judgment and Dark Bribe will take care of up to six threats your opponent might throw at you. There are plenty of spells and traps that can take Mystic Mine out, but your opponent won't have plenty of those options. They'll have very few of those cards to rely on.

Go and pick literally any top deck and see if they have more than six easy outs. Chances are, you'll be good as long as you can draw the cards.

Okay, so the worst part about playing Mystic Mine is waiting around to draw Exodia. It could take literally over 30 turns, so I had to throw in some ways to speed the deck along. [Pot of Duality, Pot of Prosperity, [Jar of Greed…sure, those are staples for somethiing like this, but what about other ways to accelerate toward your win-con?

Let's get into some deep cuts. 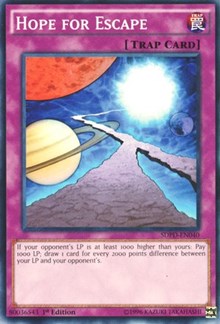 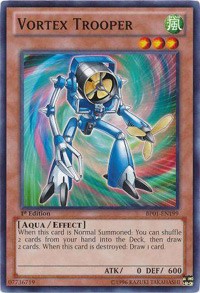 The trick is to use Vortex Trooper and just run it into whatever monster your opponent plays. I'm not kidding; it'll shuffle your hand on summon and further dip into your deck post mortem. I was so tired of waiting around for things to happen; go out and do something!

At the same time, the waiting around is more worthwhile with Ledger of Legerdemain and Shard of Greed. And yes, if you were wondering, at one point I was about to add Card Trader for even more speed. That tells you just how desperate I was to turbo charge this thing.

This Was Possible With 6 Cards

Math isn't the most interesting thing to think about all the time - take it from me, I spent my time in both my undergrad and at graduate school studying mathematics - but math's a reality when you're dealing with any card game. Ratios, stats, and probability drive consistency. 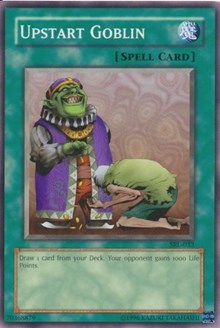 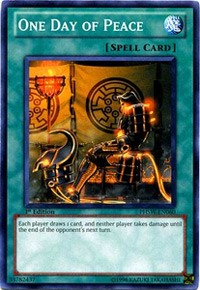 It's not an exaggeration to say that the shift in July of 2014 from a starting hand of 6 cards going first, to a starting hand of 5 cards, really decimated the old-school draw-heavy Exodia strategy. The problem with the classic Exodia decks doesn't come down to consistency in your draw cards, but the fact that as you're drawing, you have effectively five dead cards in your deck, all of which are bricks weighing you down.

With multiple Upstart Goblin and One Day of Peace, winning the dice roll meant you should win the duel. Those spells can be replaced, but having another opportunity to draw a card that isn't a piece of Exodia can't.

But this thing's really cheap to play, so let's build it anyway!

The Gates of Dark World

Basically… you don't want to draw Exodia until they're the last cards in your deck. Every time you draw a piece of your win condition, it actually makes your hand worse until you do something that can get it out of your hand.

Royal Magical Library raises your chances of victory considerably. I didn't play Royal Magical Library in my first build roughly a decade ago, because it wasn't needed. At the time, it was weirdly more prudent to save your Normal Summon for a Dark World monster, so you could bounce it back to your hand for Grapha, Dragon Lord of Dark World in tandem with Advance Draw. 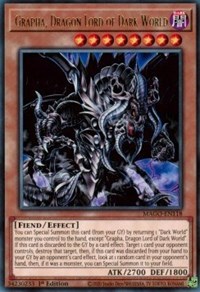 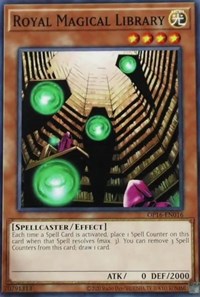 Now the deck's more spell-heavy, and I couldn't justify skipping Royal Magical Library. While there are plenty of Library FTKs that involve drawing Exodia, this is the fondest one for me. Also, my blood pressure skyrockets whenever I draw the triple Broken Bamboo Sword, so there's that.

It's neat. It's silly. It's not exactly consistent since you don't have more copies of Upstart Goblin and One Day of Peace, but it gets the job done. It's also extremely annoying for your opponent.

But if you're looking for something that similarly yards a bunch of cards, check out the next deck.

Synchro Summon? Why Not?

This isn't exactly something new, but it's certainly something you might not be familiar with unless you're deeply fascinated by the movement. There are certain decks that are all but unheard of amongst the dueling public, but there are enough fans with a rabid desire for them to keep the niche interest alive. 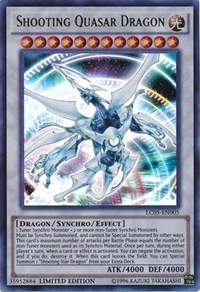 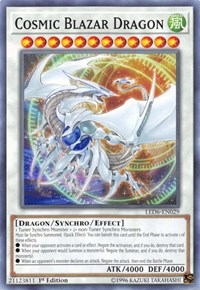 Synchro Exodia: originally created with Shooting Quasar Dragon in mind, this deck has been around in some circles since Dragons of Legend debuted in 2014. The goal is simple but two-fold; you'll cycle through as many Normal Monsters as you can to either field a Level 12 Synchro, or draw into Exodia. It sounds impossible, but there are enough recycling cards that just a stroke of luck or two is enough momentum to get you going.

And now it's somewhat consistent, so long as you see one specific monster: Treasure Panda. As long as you have spells in your graveyard to banish, Treasure Panda got you covered. That's why you play so many spells, even spells that normally have big drawbacks like Enchanting Fitting Room, Into the Void, Upstart Goblin, and Hand Destruction. Without Treasure Panda those cards aren't great, but once the ball starts rolling with the Treasure Panda, it's hard to stop.

In short, find Treasure Panda by drawing it or using Summoner Monk, then blow through your deck to get to Exodia and make some Synchros along the way.

Beckoned by the World Chalice

Gaia Knight, the Force of Earth

One Day of Peace

This was originally a Shooting Quasar Dragon deck, but Cosmic Blazar Dragon is effectively a better version of the same card. When Soul Charge was still legal, it wasn't uncommon to get both monsters on the field at the same time. Nowadays you'll settle for one.

I mean come on, is Cosmic Blazar Dragon not good enough?

Looking at the deck list for the first time it may seem a bit weak, but if you start with Treasure Panda it's very likely you'll win. It's rare to evade every hand trap your opponent has these days, but if you do, the odds are in your favor.

I'm not trying to oversell the strategy because I'm well aware of the pros and cons of the deck. But this is about as consistent as it gets when it comes to a combo deck with an alternate win condition. Drawing Treasure Panda without an Effect Veiler in sight? Free wins! You may not want to take it to a Remote Regional Qualifier, but you can absolutely wreck your friends on game night.