Seems like it's been forever since the last Digimon TCG set released, but finally Double Diamond has arrived! Upgrades and new strategies abound, so let's take a look at what tamers everywhere are most excited about! 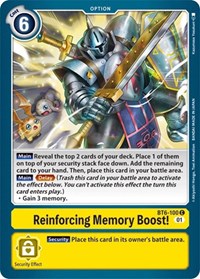 With all the recent delays, we (ironically) haven't gotten the chance to try out the new Delay mechanic. This mechanic is a huge change to the game, giving players the ability to bank memory for later turns while still getting an immediate effect like you expect from an Option card. product-hover id="249708" will be our first chance to give it a go. In this case you get an extra Security, a card in hand, and a sweet piggy bank you can crack open whenever you need a bit of extra memory.

A few cool facts of note: this is still an Option card, and can be impacted by abilities that reduce its cost or let you play it for free. Also it's still an Option when in the Battle Area, meaning even product-hover id="245655" can't get rid of it. 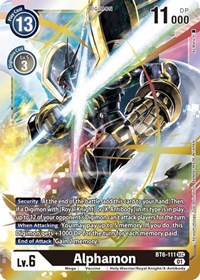 Despite its low power, this secret rare has a lot of potential. Currently its Security effect is too inconsistent to count on, but we will undoubtedly see more Royal Knight and X-Antibody Digimon printed in the future to make up for that.

In the meantime though, we've got two more abilities to take advantage of. The first is literally a pay-to-win ability. While attacking (for each attack) you can pay up to 5 memory to give +1000 power per memory to Alphamon. Tailor the amount you pay to counter your opponent's deck and board state. Alphamon's final ability even rewards you for doing so, by paying you back 2 memory. Attack with Alphamon without buffing to help pay for its level 7 digivolution or strategically choose how much to pay to choke your opponent's memory.

Alphamon grants both power and control with an ability that will improve as we get more cards that synergize with it. 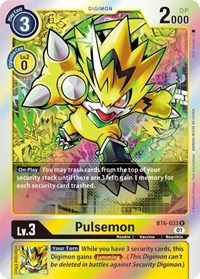 For the daredevils out there who like to live life on the edge, the new Pulsemon is exactly what you've been looking for. Trade off your Security that was just taking up space anyway for some shiny new memory to spend. This ability is cool enough in a vacuum, but taking into account that it's in the color that can refill its own Security Stack makes it seem a little too good. 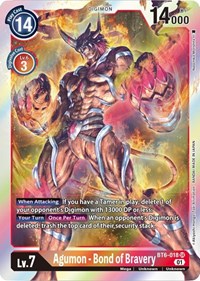 Agu-schwarzeneggar is a super hype addition to red's available level 7s. Playing this alongside product-hover id="247897" for the warp digivolve effect seems borderline unfair, but as a red player myself I won't complain too much.

Red decks are always viable due to their aggressive yet straightforward playstyle, especially when new formats are evolving. A lot of red decks carry over cards from set to set, and product-hover id="247893" synergizes very well with different versions of Tai, Agumon, and Greymon  from previous sets. 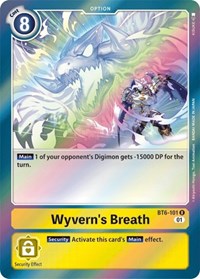 Nice, straightforward removal in yellow. No counting Tamers, or combining Options and abilities to take down a level 7—just point this at 99% of Digimon and they go away.

In my mind this sits as the yellow equivalent of product-hover id="229772". It's not quite the same, but it'll produce the same result most of the time and doesn't require any building around. Plus, unlike product-hover id="231719", hitting this in Security triggers the main effect, which isn't a joke in the color that can manipulate the Security Stack. 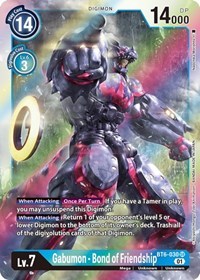 With a product-hover id="248019" in the Battle Area, both "when attacking" effects will happen, meaning two potential attacks and two level 5s or lower returned to the bottom of the deck. While there are plenty of targets for that ability, blockers will often be the first to go, clearing the way for followup attacks.

If two attacks doesn't satisfy you, a quick look at product-hover id="248022" inherited effect should cheer you right up. It'll unsuspend once again, giving you the option of attacking and returning yet another level 5 or lower to the bottom of the deck. Anybody getting some product-hover id="232300" flashbacks? 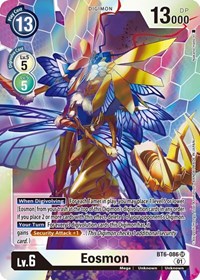 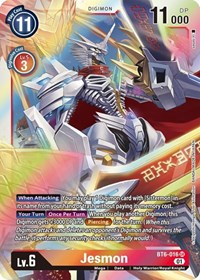 Jesmon/Sistermon decks came out swinging in regions that have already begun BT-06 events. The deck's synergy allows it to focus solely on blasting through your opponent's defenses and going for the win with a powered-up Jesmon that often exceeds the power of a level 7. While Jesmon is the big finisher, its partners in crime product-hover id="248021" and product-hover id="248020" put in a ton of work generating resources, powering up Jesmon, and blocking your opponents attacks.

Jesmon will be a favorite out the gate for the BT-06 format, so you're going to be seeing a lot of them at your local events. 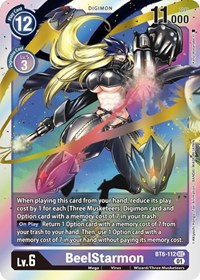 Trash-based cost reduction, Option recursion, and a free play of a 7-memory Option. This is a major bomb entering purple's toolbox. 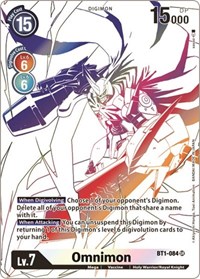 I was hesitant to include Alt-art Omnimon since it isn't technically a part of Double Diamond, but two reasons sealed the deal. First, it is the golden ticket of Digimon. Crack this baby and suddenly family pops out of nowhere singing and dancing, and somehow it becomes OUR card. 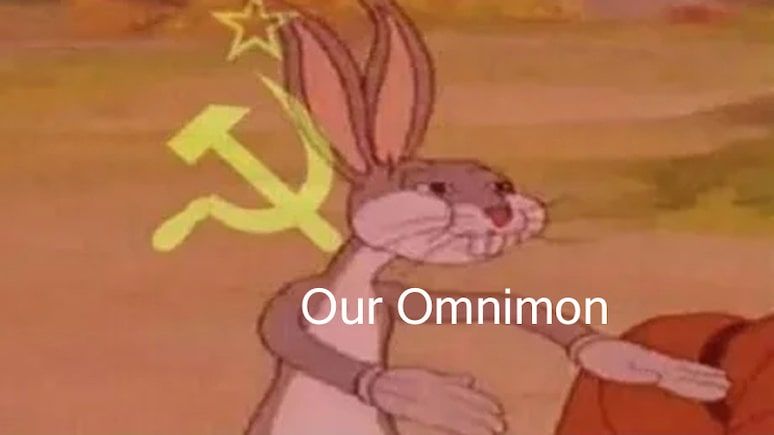 Seriously though, this card is the rarest promo you can pull from a booster box yet. In some cases, players have been snapping up presale copies for over $1000. Which leads me to the second reason I decided to include this on the list: awareness. Players who keep up on all the latest news and pull rates know that this is the biggest windfall in the set, but many newer players or those who approach the game more casually may not. That opens the door for people to accidentally trade or sell cards like this without realizing just how special they are or why.

This same card has been printed with four different arts:

The prices here vary from $12 to thousands of dollars. So make sure you know what you have, and if there isn't a lot of sales history, check multiple sources before you buy or sell.