Sword & Shield—Fusion Strike is finally here, which means it's time to see which cards were overhyped during preview season and which ones fuse visual appeal with playability and collectibility. Here are the most expensive cards in the latest set for the Pokémon TCG. 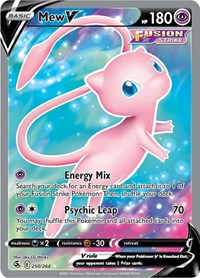 Things would be different if this card's art were striking or unique in some way, but the background has no sense of place and Mew could use a little more contrast to give it shape. I could be wrong, but I wouldn't count on full-art Mew V surviving the test of time. 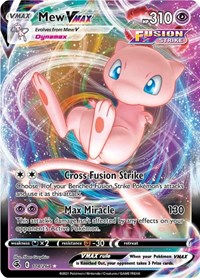 Whether you're a Pokémon TCG collector, player, or both, product-hover id="253275" is most likely your favorite card in Fusion Strike and the one you most want to open. Which is good, because we've got two more versions to look at before this list is over. Put a pin in this card for now. 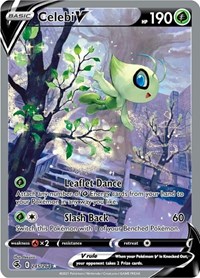 Either this card is terribly overvalued right now, or people deeply prefer the art in this version, where Celebi is floating around a walled park and causing the trees to bloom in winter. I think it's the latter. Aesthetics matter. 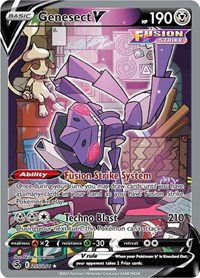 Genesect V has a sweet draw ability and an attack that product-hover id="253275" will be happy to copy with Cross Fusion Strike. That gives it some competitive potential—but the real reason it's on this list is because this alternate art is bursting with color and character.

How many cards depict Pokémon dancing? Clearly, not enough. I'm not sure how many old-school fans will recognize this Generation V Mythical Pokémon, but one look at that art and they'll want to know more. 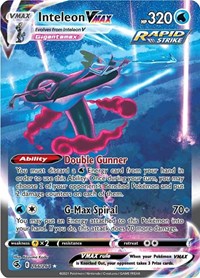 Inteleon keeps getting busted cards! G-Max Spiral doesn't do a ton of damage, but Double Gunner deals 40 damage from the bench (!) while working beautifully alongside Inteleon (swsh6-43) and Rapid Strike Urshifu VMAX (swsh5-88). Not to mention its synergies with Suicune V (swsh7-31), Dragapult VMAX (swsh2-93), and Glaceon VMAX (swsh7-41). Nowhere is safe from Inteleon.

Inteleon's playability actually makes it hard to get a read on the character's popularity. Back in Rebel Clash, all three Generation VIII starters got rainbow rare cards, and Inteleon VMAX (swsh2-195) is currently the cheapest among them. But product-hover id="253170" and product-hover id="253108" are both in Fusion Strike at ultra rare, and neither come close to Inteleon VMAX's Market Price. Is that price gap all competitive demand? Or does Inteleon have more fans?

It'll be interesting to see whether Inteleon VMAX can hold its value a few years from now after it rotates out of Standard. 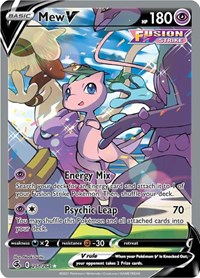 This Mew is carrying a product-hover id="253321" on its head. That alone should tell you why this card ranks so high.

Competitively, you need Mew V to evolve into product-hover id="253275", and while you can make do with the product-hover id="219443" from Darkness Ablaze, that Mew doesn't accelerate your energy. It also doesn't have a Dreepy on its head. 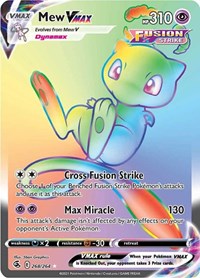 Besides being a Generation I Mythical Pokémon with big round eyes, Mew VMAX is also the most important Pokémon in a new competitive archetype. Cross Fusion Strike is already a strong attack for just two colorless energy, and it's only going to get better as The Pokémon Company prints more Fusion Strike cards.

On Thursday, rainbow rare Mew VMAX had a higher Market Price than the alt-art version, but of course that didn't last. Alt-art cards are nearly always more valuable than "regular" secret rare cards with the rainbow foiling effect. Collectors care about aesthetics, and most would rather look at a unique, character-centric piece of art than a color-swapped version of the regular 5ban Graphics art. Plus, when you look at pull rates, the alternate-art version is actually rarer than this one. 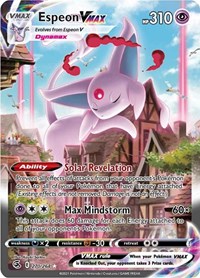 Espeon VMAX feels a little out-of-place in Fusion Strike. In Japan, this alt-art was released as a promo alongside the other Eeveelutions in Eevee Heroes. International sets are cobbled together from multiple Japanese sets, so this version of Espeon was dropped from Evolving Skies and we're just getting it now.

There's no Espeon V in Fusion Strike—if you want to play with this card, you'll have to find product-hover id="246684" in Evolving Skies. Competitively, this card has already been around in Standard and failed to make an impression, and the competition for slots in Psychic-energy decks is getting even stiffer with the release of Mew VMAX.

None of that matters, though. If you're one of the many fans who want this card, that's because it depicts a giant psychic cat sleeping peacefully on a slanted roof. (Like, ON the roof. Only a cat could find that position comfortable.) The alt-art versions of Umbreon VMAX (swsh7-215) and Sylveon VMAX (swsh7-212) are selling for over $100 each, so there's no reason to think Espeon VMAX won't hold a similarly high price. 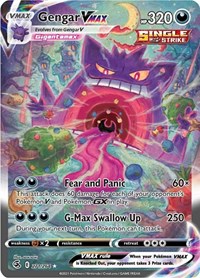 Gengar is far more popular than comparable fully evolved Generation I Pokémon, like Nidoking or Golem. Maybe it's the round body and exaggerated features. Maybe it's that Psychic Pokémon were overpowered in Pokémon Red & Blue, and only Gengar's evolution line had a reliable type advantage against them.

Whatever the reason, fans love this big-mouthed ghost, and its mouth has never been bigger than in the alternate-art version of Gengar VMAX. Sowsow's storybook illustration style both complements Gengar's cartoony design and contrasts with the violent subject matter of a multi-story ghost inhaling a park.

Add in that Gengar VMAX could be Single Strike's best chance at relevance in the Standard metagame, and you've got a recipe for a high-value Pokémon card. 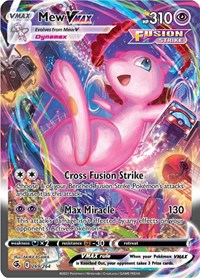 When Fusion Strike first released on Friday, the alternate-art version of Mew VMAX was actually worth less than Gengar VMAX and Espeon VMAX. Part of the problem was that there was so little data. We didn't have pull rates for Fusion Strike during presale season, so sellers didn't know how many copies of alt-art Mew VMAX they were going to open. That meant fewer sellers were willing to list it for presale, and we have fewer data points to compare.

Release weekend is behind us now, and this version of Mew has claimed its rightful place. Alt-art Mew VMAX currently holds the title of most expensive card in Fusion Strike, beating out both product-hover id="253266" and product-hover id-"253265".