Scientifically speaking, motion is a change of position over time. Therein lies the barrier all art must face: time. Visual art - unless we are being a bunch of post-modern hipsters - is typically one image: a single slice of eternity. How do you capture an object in motion with only one image? Some of the most brilliant minds in history have approached this problem using overlapping images, multiple perspectives, optical illusions, etc. Some of us just use speed lines. 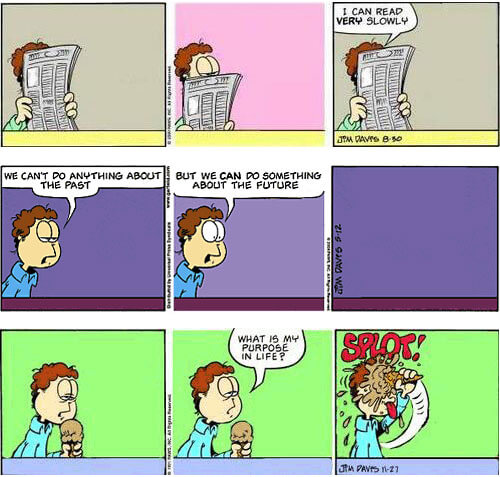 Besides a few mainstream conventions, like speed lines and motion blurs, most of the methods artists use to show the progression of time in a still piece are...different. We're talking the far side of the art gallery here, where people in black turtlenecks huddle in tribal clusters, communicating exclusively via iPhone. Not that there's anything wrong with extreme art theory, but it's not the kind of art that meshes with the tone of Magic cards. Magic artists have a very limited set of tools they can use to show motion: line and gravity.

Todd Lockwood has been drawing fantasy scenes for decades. His art is fun to look at, not just because of the fantastical creatures in them, but because there is always something happening. Let's take a look at his art, and how he uses a few simple tricks to turn one image into a whirling scene.

Remember when we mocked speed lines in the intro? Well, that's because they're lazy. They are blunt and direct with no room for subtlety or inference. However, that's not to say you can't use speed lines. You just have to be very good at disguising them as something else.

Human eyes follow lines. We are drawn to division, dancing between borders. So if we see a line, we naturally trace it with our vision. A good artist knows this, and they know how to maximize it so they can control their audience's eyes like little optometrical puppets.

Let's look at Azusa, Lost but Seeking to see this principle in action. 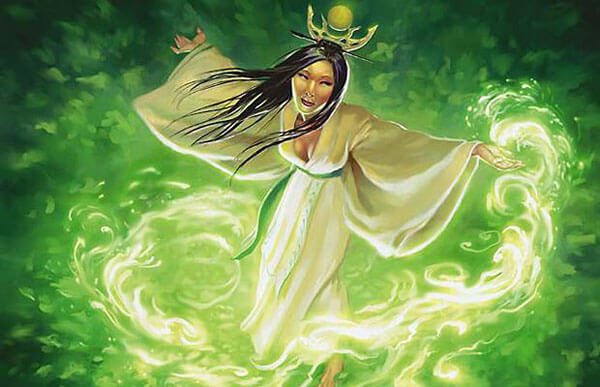 Azusa is a very simple piece of art. The color scheme is mostly green, the background amorphous and indistinct. These aren't negative traits, only features. The simplicity of the piece is designed to highlight the main feature. In the air around Azusa is a wavering stroke of light, trailing from her hand. What differentiates this from a rudimentary speed line is the way it captures the imagination. Where did the light come from? To us, it's obviously some sort of magic energy, radiating from her hand. The art doesn't actually tell us this. That is us as the audience inserting our nerd culture to create context. Which, as a sidenote, Todd Lockwood is both a hardcore fantasy buff and well-versed in mythology, which helps him create art that is both easy to comprehend (because of his use of fantasy archetypes) and refreshing (because he understands the box well enough to step outside of it).

Back to Azusa. She has just finished a graceful twirl, trailing her light around her like Smoke from the lit end of a cigarette. Once again, the art can't possibly tell us this, because it is a single image. However, it gives us clues that we subconsciously pick up on. Her billowing sleeves, the sweep of her hair, the cant of her body. But most of all, the line, tracing her movement through the air.

Oh, Entreat the Angels. You made sealed tournaments a one-sided slaughterfest, but your art is so angelic we can't hold a grudge. The slow, spiraling ascent is like an autumn leaf falling to the ground in reverse. Notice the trailing ribbons, outlining the angel's movements. If you took those away, then the whole picture becomes placid. Everything would be stagnant and boring.

However, those speed lines in disguise not only give the audience a sense of movement, but also an indication of the kind of movement. If the angels were moving rapidly, than their trailing train would be a straight line instead of a soft curve.

Ojutai spawn are practically made of lines. They are 90% neck and tail and 10% lithe. Here's a fun fact: Todd Lockwood helped design dragons for D&D. His experience really shows in the robust detail in Breezedancer from the anatomy to the markings. That's what you expect from a dragonmaster. Cunning Breezedancer is its own afterimage, its long body outlining its sweep through the air. If it flew in a straight line, its tail straight behind it, the image wouldn't have the same energy.

Path to Exile is an iconic piece of art - a great example of less being more. The background is as minimalist as can be. The foreground is one simple figure with a monochromatic color scheme. The interest in the piece comes from the thousand flecks of disintegration. The flakes form a myriad of dots, a thousand lines for the audience to traces in a flurry of movement. This is an excellent example of how a still image can often capture a moment better than film. What would be too hectic to comprehend in real time is frozen for the audience's inspection.

To summarize the first part of motion: speed lines = swag, and you should use them. The second part is even more intuitive: gravity. You know that force that is literally always dragging you down? Because it's part of our petty existence as mortals to feel the constant tug of gravity, we understand it intuitively. 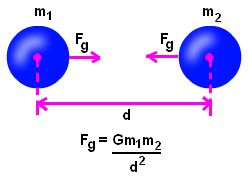 That's why when we look at a picture of a child teetering on the edge of a bridge or a cat leaping face first after a bird, we understand what is going to happen after that. We understand falling.

Look at Kalonian Twingrove's feet. You know where they are going. By giving them a sense of weight (bulky, wider at the ends, blunt), the audience infers that those feet are about to come crashing to the ground. Our past experience adds weight to the image.

Pop quiz: is Crypt Angel about to ascend or descend? There are no lines in the image to indicate, yet the picture still evokes that moment where velocity Falters and the Plummet begins. There is no obvious movement in the piece, except the minor flaring in the feathers showing that there is air moving upward, but that could come from flapping. Instead, what adds interest to this piece is the knowledge that the angel is going to fall, and the dive is only moments away.

If you must be a vandal, you can at least be a very enthusiastic one. Gleeful Sabotage is an adorable shot of fae mischief. If these guys wrecked my home, I wouldn't even be mad. Lockwood always has excellent character design, with his figures detailed and interesting. There are still plenty of lines in this piece to indicate movement, such as the harp string that is about to cut someone's face in two. However, imp on the left is also a Whirling Dervish of devilish delight, leaping towards the harp like a cat with tape on its feet. You can tell its trajectory just from the cant of its body. That's the great thing about a visual language: your audience is able to fill in the blanks themselves, because sight is something they use on a daily basis.

That's your light-speed rundown on motion. Now let's look at some other highlights from Mr. Lockwood's portfolio.

I love the way Todd Lockwood draws dragons. The musculature, the spines and horns, the fine outline of the bones in the wings. You can feel the raw power emanating off Nicol Bolas, as well as his utter disdain. Look at the cocky little tilt of his hand, like he thinks no one can be a threat to him.

Despise is the name of the card, and the emotion is reflected in every inch of the artwork. Look at the sheer hate boiling between Zurgo and Sarkhan. The expressions are fantastic. Sometimes artists will hold back because they are afraid of distorting facial features, almost always resulting in bland, dull expressions. Not the case here. Look at the deep wrinkles around Zurgo's nose and Sarkhan's snarl. This is what unresolved rivalry looks like.

Have I mentioned yet how much I love Todd Lockwood's character designs? It's one thing to draw an angel. It's another to put a pattern on her fabric and give her hair ornaments. Also, look at the detail on the wings. You don't just see feathers, but the wisps of individual vanes.

I own a foil playset of this card. It's not a great card, but the art is amazing. This is what an elemental looks like. The head is so elaborate, complete with antlers, flowers, and what may very well be peacock feathers. In fact, the walker's face looks like it could be a bird of paradise, with his shaggy beard as the tail and the wings spread to either side. Even though the shot is close up and the leaves in the foreground are too indistinct for scale, you can tell that this creature is huge. Look at the muscles in its arm.

Another dragon. Yes, I have a weakness for them. All throughout high school I had a poster of dragon species from D&D, and I used to practice drawing them because I freaking love dragons. Moonveil Dragon's art is especially great. The light green of its wings complements the night sky surrounding it, and it has an almost snowflake like lattice of bones. Its body is lean and gaunt like a greyhound, making it look lithe and ready to strike.

Jace as a human being is kind of a mixed bag of arrogance and neurotic self-centeredness. Jace as a subject for art is always a good excuse to use ethereal blue lighting effects and cool psychic powers. Once again, notice how the lines indicate movement. In what direction is the ominous blue light heading? Towards the viewer, because that is where the lines point.

There's a lot more pieces we could talk about. We could talk about every card Todd Lockwood has done and still only scratch the surface of his massive and impressive portfolio. If you're interested in more, I suggest you peruse his website. Thanks for reading!