Card removal's one of Yu-Gi-Oh's most fundamental strategies. Dispatching monsters, paving the way for your attacks by clearing out backrow, and using Quick Effects to disrupt your opponent's gameplan are everyday actions for virtually all players.

Removal comes in many different forms, from send and banish effects to destruction by battle. In today's game, removal by Quick Effect is ideal – especially if you can find an effect that also doesn't target. These are typically single target effects that remove exactly one card, and they represent the bulk of the game's removal effects.

And then there are the big guns: the mass removal effects.

Board wipes come in a lot of different forms, but I'll set up some quick definitions so we're all on the same page. For the sake of this article, I'm only considering cards that remove all cards on the field – or your opponent's field – and optionally the activating card itself. 'All cards' is doing a lot of the heavy lifting here. It's not enough to destroy your opponent's spells and traps, or even all of their monsters. Every single card on the field needs to be headed back to the hand or deck, or sent to the graveyard or banish zone.

Interestingly, there aren't many board wipes being played competitively right now. Part of the reason why is related to the over-emphasis on monsters in today's game. Cards like Nibiru, the Primal Being are often more than enough mass removal to deal a serious blow to your opponent's set-up. Targeted removal might not be as flashy, but it's much easier to interrupt your opponent and knock out key cards. Most hand traps and Quick Effects are centered around negating key actions and destroying Link, Synchro, or Xyz materials, not destroying every single card at once.

The best board wipes still see active play, including one of the game's most prolific Xyz monsters. The rest? Most of them have had their time to shine, and a few more are just waiting for the perfect opportunity to show their stuff.

In theory, the best board wipes are those that exclusively destroy your opponent's cards. Harpie's Feather Duster and Raigeki are superior cards to Heavy Storm and Dark Hole, after all. As a result, these types of effects are extremely difficult to trigger. If you want to banish all cards your opponent controls with Red Supernova Dragon, you'll first need to Synchro Summon a Level 12 monster using three Tuners and another Synchro non-Tuner, then wait for your opponent to activate an effect or declare an attack. It's a totally unreasonable ask compared to Salamangreat Pyro Phoenix, a Link 4 that will destroy all cards your opponent controls by simply being summoned using another Pyro Phoenix. 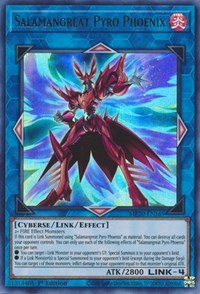 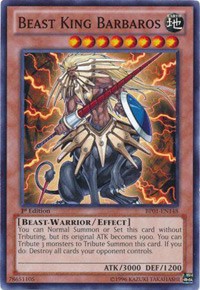 As you can probably guess, even Salamangreat Pyro Phoenix doesn't see play. Old school options like Beast King Barbaros are clearly out of the question in today's game, which leaves something like Gabrion, the Timelord. Unfortunately, Gabrion can't be summoned by Time Maiden, so it's utility even within the Timelord deck is questionable. The Fur Hire Field Spell Fandora, the Flying Furtress has a second effect that destroys your opponent's field if you control five or more Fur Hire monsters with different names. Finally, Witch's Strike ended up being too conditional to see competitive play. It's a fun card that you'll resolve more often than other cards on this list, but it's still just too difficult to use.

Destroying Everything On The Field, Including Itself

The worst kind of board wipe – again, in theory – is one where the activating monster doesn't survive its own effect and you lose your own cards in the process. Luckily most of these effects are relatively easy to trigger, like the on-destruction effects of Earthbound Immortal Ccarayhua and The Wicked Eraser. Destroying either card in your hand with a card effect lets you activate their board wipe effects, and that's easily accomplished with something like Dragonic Diagram or Fire King Island. 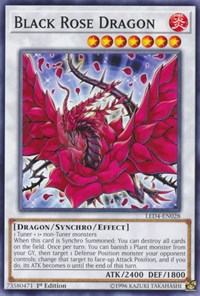 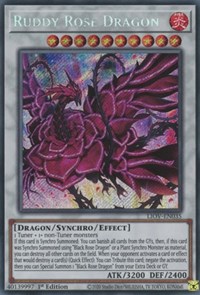 Black Rose Dragon is a much more reasonable alternative that fits into most Extra Decks. There was a time where its ability to reset the conditions on the field was strong enough to earn it a spot on the Limited List, but those times have long since passed. Attempting to resolve Black Rose Dragon is risky, thanks to the sheer number of negation effects being played, although Ruddy Rose Dragon offsets that somewhat. Chaos Emperor Dragon - Envoy of the End is like the original Black Rose Dragon, and it's significantly easier to play if you're running a deck with plenty of Light and Dark monsters. Its new text is definitely a bummer though, so don't expect it to win games for you.

Sky Scourge Norleras doesn't have as many conditions attached to its field and hand nukes, but it's also much more difficult to summon. Rainbow Dragon is potentially even more difficult to summon and can't use its board wipe effect until the turn after it hits the field. Meanwhile, Topologic Zeroboros has both a relatively easy Link material requirement and a reactive board wipe that banishes monsters. Zeroboros technically banishes itself as well when it resolves, but assuming its last effect kicks in, it'll be back soon enough. Zeroboros is a well-designed card — arguably best in class when it comes to board wipes of this nature — and it's been seeing play since release in a variety of Link decks that are capable of fielding Link 4s.

Board Wipes That Stick Around

Some cards are resilient to their own nuking effects. Judgment Dragon's biggest threat wasn't its ability to nuke the field once, but its lack of a once-per-turn clause that let it clear away all but the most durable cards. Even cards that can't activate more than once per turn are still a threat if they're allowed to stick around after wiping the board clean. Ruddy Rose Dragon is a great follow-up to a negated Black Rose Dragon that banishes cards from both player's graveyards before destroying all other cards on the field. It's also a negation body with 3200 ATK that can replace itself with a Black Rose Dragon from the graveyard or Extra Deck. It's a powerful aggressive Synchro that's just waiting for a time when Black Rose Dragon or another Plant Synchro becomes prominent again. 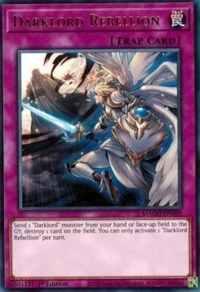 The First Darklord deserves a shout out here. It's an untargetable with a massive 4000 ATK that's just a single Fusion Summon away. Darklord Rebellion can be activated from the graveyard using another Darklord monster's effect, and you'll probably have all the materials you need anyways thanks to Darklord Morningstar's effect. Is it the most practical card on this list? Probably not, but it's always cool to see a boss monster that's explicitly designed to just blow up your opponent's established field. Darklords need a lot more help than just a Fusion monster, though, so I wouldn't expect it to see play anytime soon.

Evilswarm Exciton Knight was a format-defining card that spent a long time on the Forbidden & Limited List. When the Rank 4 toolbox fell out of favor, it quickly lost its appeal, but there's a home for it in any deck that plays Rank 4s. The fact that its field wipe is tied to a Quick Effect has future-proofed it to some extent. Only the game's best Xyz monster has dethroned it as the king of Xyz-based field wipes. 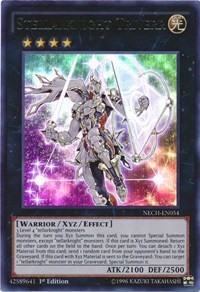 Stellarknight Triverr is exactly the type of card that most themes would love to have, and unfortunately, it's one that Tellarknights have a hard time leveraging in today's game. Constellars recently received new support with Constellar Caduceus, but Tellarknights are unfortunately still running with the latest cards from 2016's Invasion: Vengeance. It's a fantastic card locked behind a theme that's just a little behind the times, featuring a non-destruction board wipe, and hand control effect, an effect that replaces itself with a Tellarknight in the graveyard.

Finally, Divine Arsenal AA-ZEUS - Sky Thunder is, without a doubt, the king of board wipes in modern Yu-Gi-Oh. It's got everything you could ask for with a field-nuking monster: an extraordinary easily-met summoning condition, a Quick Effect timing for its board wipe, a non-destruction removal effect, and the ability to reload its effect or even activate multiple times per turn with the right set-up. Zeus is perfectly positioned at a time when so many of the game's best decks are leveraging Xyz monsters, but it'd undoubtedly see play whatever the top decks happened to be. There's a home for Zeus in countless Xyz strategies, or even in decks that can occasionally make an Xyz Summon. It's easily among the most defining cards of the format.

There are so many other fantastic cards that didn't quite fit the definition of a board wipe. Evenly Matched, Interrupted Kaiju Slumber, and of course, Nibiru, the Primal Being should all be on your radar when you're hunting for mass removal effects. A card like Lightning Storm or Raigeki becomes a board wipe if your opponent is only committing monsters to the board anyways. Depending on the match-up, there might not be a worthy distinction between a Raigeki or a Beast King Barbaros. Instead, the value of cards that banish instead of destroy, or return to deck instead of return to hand, become so much more important. It's not just about the quantity: the quality of the removal also matters.