More than ever, it feels like there are card games competing for Magic's share of the gaming real estate. Hearthstone is the one that immediately leaps to people's minds, but up-and-comers Hex and Eternal are vying for the same market share. All of these games are digital-only; there's a prevailing idea within in the industry that tactile TCGs like Magic are becoming obsolete—a relic from a bygone era—and that players would prefer something with a bit less depth that can be consumed in more digestible chunks from the comfort of whatever device they choose. As someone working for a website invested in the success of these "tactile TCGs" (We're hiring!), I think about this quite a bit.

The rising trend of online-only TCGs makes it easy to question Magic's trajectory and begs the question, "How will Magic survive?"

The mid-to-late '90s might as well have been on a different planet. Today, if you handed someone a computer with a 90's-speed Internet connection and told them to try and visit a website they'd likely think their machine was broken. Magic, in its decades-old design, is a portal back to the 90's. At the risk of sounding like some sort of Fight Club-obsessed populist, the '90s are the last decade identified by the eye, the last period of time where you can see something—a denim jacket, parachute pants, Doc Martens—and correctly place it there. It's the last era with any real cultural signifiers.

Every game of Magic exemplifies that idea.

Look at the back of a Magic card. It has a pentagram on it! Is this supposed to look like a spellbook out of a J.R.R Tolkein novel? And what the hell does "Deckmaster" even mean? The game has never referenced that word, so why is it there? For such a sophisticated game, Magic is still vey much a relic of a bygone era.

New games cannot just "get" inertia. Its size, its gravitational pull, is what sets Magic apart.

Magic will continue to exist because it has existed. 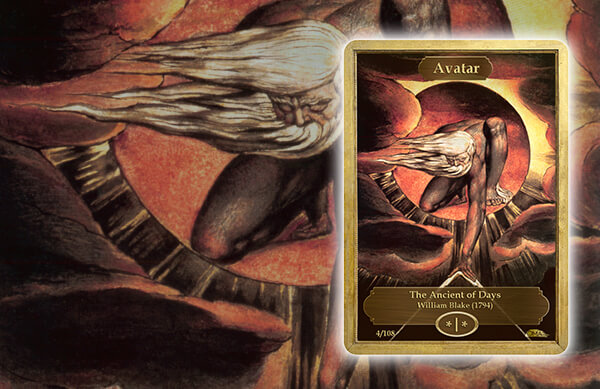 Josh Krause picked up Magic in the mid '90s while he was a boy scout, but his first draft wasn't until 2003. By that point he was already in college, and decided to invest in Vintage—known back then as "Type 1". From there, in his words, he "went further and further down the rabbit hole."

A son of two art collectors and brother to "two artistic sisters," Krause grew to appreciate art from an early age. As such, he was perceptive of the aesthetic feel of all of his decks, preferring to use Unglued basics in all his decks:

"I don't always play decks with basics… but when I do, they're Unglued. Stay full art, my friends."

"I decided to make something a bit fancier."

As the owner of the original painting for the Unglued Swamp, Krause ceded some bias, but as he says, it's hard to argue with that original full art frame. For Krause, creating the Original Magic Art blog marked his natural progression from "someone passionate about art in Magic" to "someone invested in Magic's art community."

Krause knew he couldn't be the only player who appreciated cards with a certain aesthetic feel, and put his fine art background to work, creating the Classic Art Token Project: "After years of playing with dice, pencils and torn-off corners of paper as tokens, I decided to make something a bit fancier."

The idea behind the project was to take famous works of art from throughout world history—pieces we all recognize through cultural osmosis, even if we can't name them—and assign them to Magic's assorted tokens. "Claude Monet's 'Woman with a Parasol' had an ethereal quality that I felt fit perfectly onto a Spirit Token," observed Krause. "Searching deeper into the National Gallery, as well as the Rijksmuseum, Getty, and Brooklyn Museum's website I continued to find more amazing art that would work perfectly in token form."

The marriage of Magic: The Gathering and real-world creativity isn't a new idea. Flavor text from the early years of the game was often lifted from writers like Coleridge, Shakespeare, and Shelley, but for better or worse, Magic's aesthetic is radically different now—you'll see no Frankenstein's Monster, or entire expansions that double as allusions to One Thousand and One Nights these days—so it makes sense that a longtime Vintage player would embark on an initiative that harkens back to Magic's roots as a game based in fantasy. 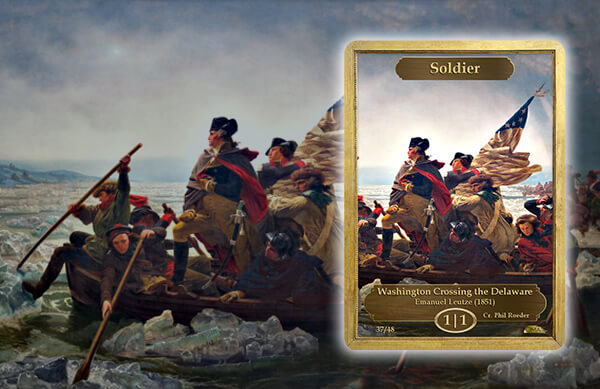 "Months before the Kickstarter went live, I shared the idea and various prototypes of the tokens with friends and fellow Magic players," Krause began, "and all of the feedback was extremely positive." Despite the positive initial feedback, he faced some definite hurdles. "Many times I would find a large, crystal-clear image of a fantastic piece of art, only to find that the museum that took the picture claims copyright on the digital image." Krause went on to explain that "the status of public domain is still a bit of unsettled law in many countries, so I had to ensure all the images I used were clear of all license claims. Sadly, this kept many exceptional pieces of art out of the project."

Looking at the finished products, it's tough to say that different art could even work for each token. Krause credits his team for the overall feel of the project: "Most of the design work is a result of the hard work of Bonnie Bruenderman, who, at one time, did design for the mothership." Krause also got help from the likes of Magic art community members Mike Linnemann, Jeff Menges and "Oath of Druids fanatic Greg Fenton."

"I made sure to plan for the possibility that I was wrong." 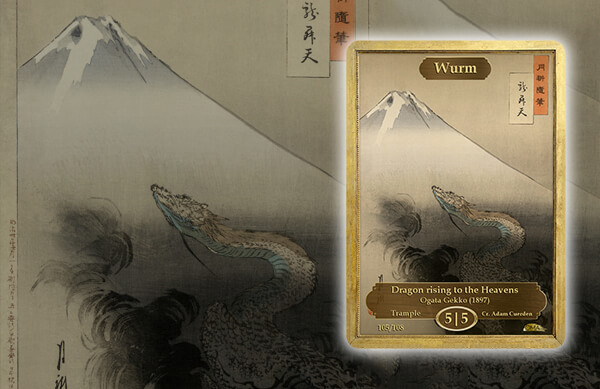 After seeing similar projects take off into the stratosphere, Krause's resolve was strengthened. Even so, taking the initial plunge was scary. "I made sure to plan for the possibility that I was wrong, but luckily I was able to set that negative Nancy scenario aside within a few hours of launch."

At the time of publishing, Krause's Kickstarter shattered its initial goal of $5000 to raise over $77,000. He was pleasantly surprised by the project's early success. "I didn't quite expect the first few stretch goals to be hit so soon—not that I'm complaining," he clarified. "Success on Kickstarter is all about building and maintaining interest, and I definitely made sure that the launch was as hyped as I could make it."

This is a modest take on what happens when a solid idea meets uncommon ingenuity and drive. Josh Krause was "Inspired by Passion," as we refer to it in TCGplayer's core values, and his success with the Classic Art Token project is earned. As the booming board game renaissance through Kickstarter proves, digital isn't the only way forward.

As the story goes, the word nostalgia has roots in the Greek language, meaning "the pain from an old wound." Diving into something from your past is the emotional equivalent of comfort food. Like The X-Files and pixel art, the '90s era feel of physical cards and accessories are rooted in a very specific moment in time. No other game can replicate that without it feeling forced. Thanks to Kickstarters like Krouse's that tie Magic back to its real-world roots, newer players can get a sense of what made the generation before them fall in love with Magic.