Pot of Greed is one of Yu-Gi-Oh's most iconic cards, and yet so many players are constantly asking… "but what does it do?" There are plenty of YugiTubers who have addressed this very question already, including our own Dzeeff, but I don't buy their answers.

Instead, I've decided to investigate the game's foremost expert on avaricious card-drawing pottery: the infamous Goblin of Greed. This particular Goblin has had a long and storied history with Pot of Greed and its many variants. Whether it's Jar of Greed or Pot of Duality, the Goblin of Greed has played some role in handling, trading, or stealing it.

I thought that I could perhaps discover what Pot of Greed does by examining the character arc of the Goblin of Greed. Let me share with you my discoveries, though be aware that some of the following is my own interpretation. Konami has directly provided some lore for the character, but beyond that I've made my own guesses based on art and card text. 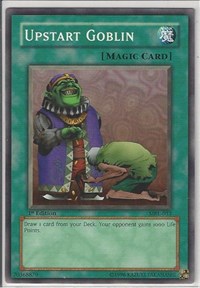 From Upstart To Thief

The Goblin of Greed once went by a different name: the Upstart Goblin. According to the records from the Master Guide 1 card storylines he was previously a rich real estate mongrel with a habit of partying. But the Upstart Goblin fortunes didn't last, and when the economy collapsed his investments went with it. 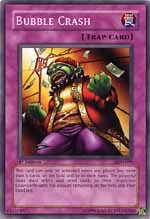 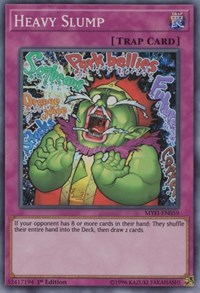 Bubble Crash captures the moment he realized his money was gone, and his high-roller lifestyle gone with it. He soon found himself in a Heavy Slump, without a dollar to his name. 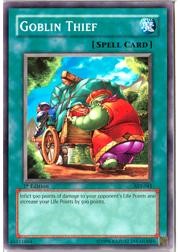 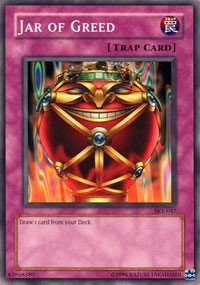 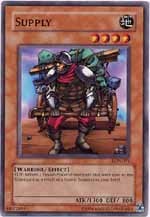 Broken, but not defeated, the Upstart Goblin desperately tried to turn his fortunes around. Second Coin Toss illustrates the reversal of the Upstart Goblin, and the reversal of his own fate. From millionaire to destitute, it was only a matter of time before the Goblin turned to crime. He became known as the Goblin Thief and began stealing Jar of Greed and other trinkets from army Supply carts.

Goblin Thief slowly transformed into the Goblin of Greed as he increasingly accepted his new lifestyle as a Jar Robber. He made his living stealing Pot of Greed and Jar of Greed from under the noses of everyday people–fully embracing his villainous side. 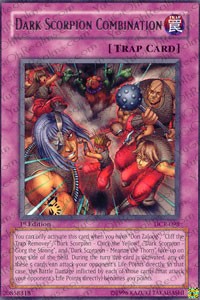 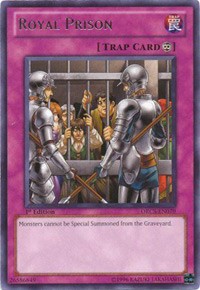 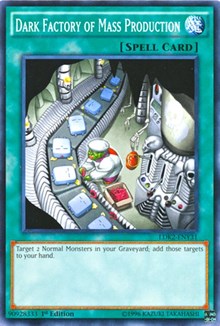 Fortunately, this phase didn't last long. The Goblin of Greed had a change of heart and shifted his lifestyle, maybe thanks in part to a run in with the Dark Scorpion Combination, or perhaps it was after he spent time in the Royal Prison. Ultimately he picked up a regular job at the Dark Factory of Mass Production and said goodbye to his mischievous ways–at least for a little while.

This is the end of what Konami has 'officially' told us about the Goblin of Greed. What follows is my own speculation.

At some point the Goblin of Greed tries to make up for his past transgressions. In Jar Robber we see the Goblin making off with a Pot of Greed, but he later returns to apologize and pay a Fine for stealing it. 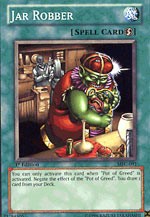 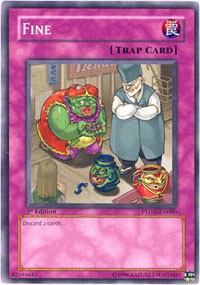 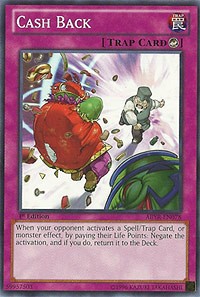 You can see both characters from Jar Robber in the art of Fine, and the Goblin is clearly shown with a pile of loose change in his hands. That small offering isn't enough, and in Cash Back we see the Goblin being thrown out as the shop owner tosses a Jar of Greed at him.

The Goblin of Greed didn't last long at the Dark Factory of Mass Production. After stealing a Mokey Mokey part from the production floor, the Goblin located a secret room where a Pot of Greed was being held. 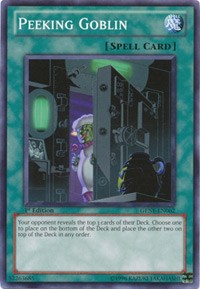 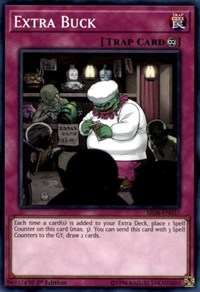 Peeking Goblin depicts the very moment that the Goblin returns to his greedy, thieving ways, and he quickly makes off with the Pot of Greed to support his new lifestyle. We see the Goblin selling the stolen Pot of Greed in Extra Buck, and this presumably gives him enough money to survive on his own for a while. 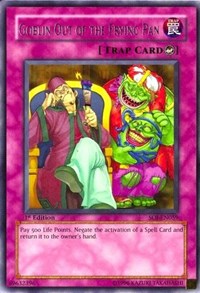 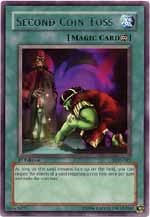 The Goblin eventually picks up a job doing pottery sales. In Goblin Out of the Frying Pan we see him making a sales pitch to a rich buyer. As it happens, that customer was the very same noble who spared the Goblin a few coins in Second Coin Toss. 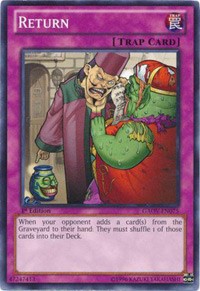 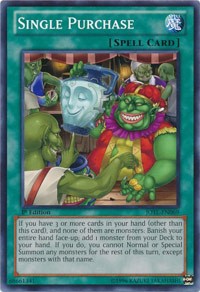 Unfortunately our Goblin friend runs into more bad luck: the handle on the Pot of Greed breaks, and the customer demands a Return. The Goblin gets a replacement in Single Purchase, but he's swindled out of his money. He's not buying a replacement Pot of Greed, but instead a Pot of Duality. 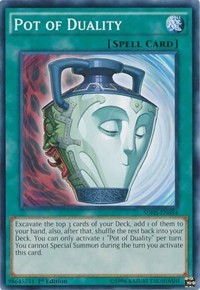 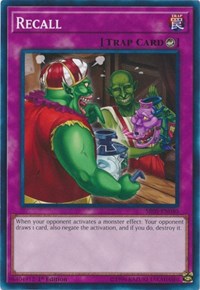 After realizing the mistake, and somehow breaking yet another handle, the Goblin tries to return the Pot of Duality in Recall. Sadly, the artisan isn't having it, and the Goblin is stuck without a buyer for his products. 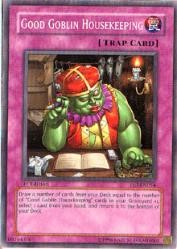 The 'Dragon' And The Spirit Of The Pot Of Greed

At some point the Goblin of Greed took on the role of a housekeeper in Good Goblin Housekeeping. He assisted with the day-to-day tasks of finance, laundry, and cooking as pictured in the art of that card. The Goblin also took care of the yard work as part of his duties, and it's there that he met a certain creature hiding among the weeds. 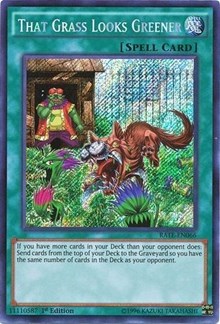 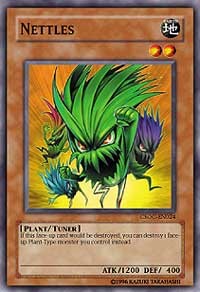 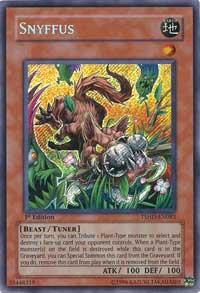 The yard appears in the art of That Grass Looks Greener where multiple copies of the Plant Tuner Nettles are being chased by Snyffus. 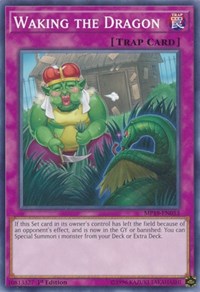 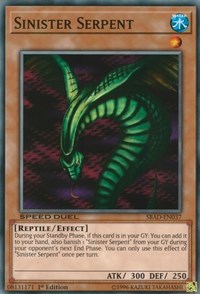 Later, in Waking the Dragon, we see the Goblin stumble across Sinister Serpent in the yard. So how did Sinister Serpent end up in the same backyard as the Goblin of Greed? We'll have to dip into card art that's exclusive to the anime to explain its origins, and how it relates to the Goblin.

Panic Shuffle shows the power of the Spirit of the Pot of Greed and the Goblin cowering in fear, which doesn't do all that much to explain where Sinister Serpent comes from. However, just last week we got our answer when a new card was revealed for Lightning Overdrive. One By One depicts Sinister Serpent being reborn from the defeated Spirit of the Pot of Greed. It's a reference to the effect of One By One, which lets you trade a monster on your field or in your hand with a Level 1 monster that's either banished or in your graveyard. 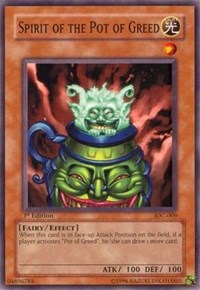 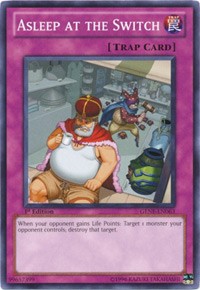 Sinister Serpent presumably tracked down the Goblin of Greed sometime after the events of Panic Shuffle. The Pot of Greed is also damaged at this point, and there's a long list of cards that depict the broken Pot of Greed. Shard of Greed is probably the most famous, although it's unclear exactly when the Pot was shattered. Asleep at the Switch could be the moment when it was broken, but again it's hard to tell how Pot of Greed got into the hands of the Emperor, or Tyrant. 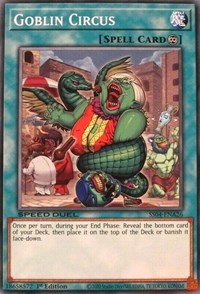 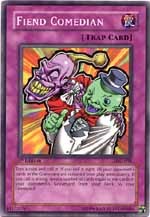 Pot of Greed appears in its broken form alongside Sinister Serpent and the Goblin of Greed in Goblin Circus. The Goblin was immediately unsuccessful in his new career as a snake charmer, and I'm not sure if he managed to escape. Meanwhile, the Avatar of The Pot and the Fiend Comedian duo all seemed to be having much more success performing to the crowd.

What could the future working relationship between Sinister Serpent and the Goblin look like? In theory Goblin of Greed has more ATK, and its effect keeps your opponent from activating cards that require a discard cost. It's actually a direct counter to one of the main reasons why you'd play Sinister Serpent in the first place. Even Scrounging Goblin should be able to hold its own in battle.

I think the biggest takeaway from the story of the Goblin of Greed is that it doesn't really matter what Pot of Greed does in-game. It's clearly a source of bad luck, and I think the game is probably better without it. You can play Traditional Format at your own risk, but personally I'm not about to change my career three or four times just because I want to draw two cards.

The Goblin's story teaches us that crime doesn't pay, but that seeking forgiveness or playing by the rules might not pay either. The whole thing is pretty much a wash, but with the new art in Lightning Overdrive, it's possible that Sinister Serpent and the Goblin could make something work. Here's hoping for a less-greedy future for the Goblin of Greed.